In 1843, 150 Indigenous men, women and children were slaughtered on the banks of what is now Warrigal Creek in Gippsland. The episode is explored in a documentary by a team of Swinburne journalism students and educators. Charlotte Grieve reports. 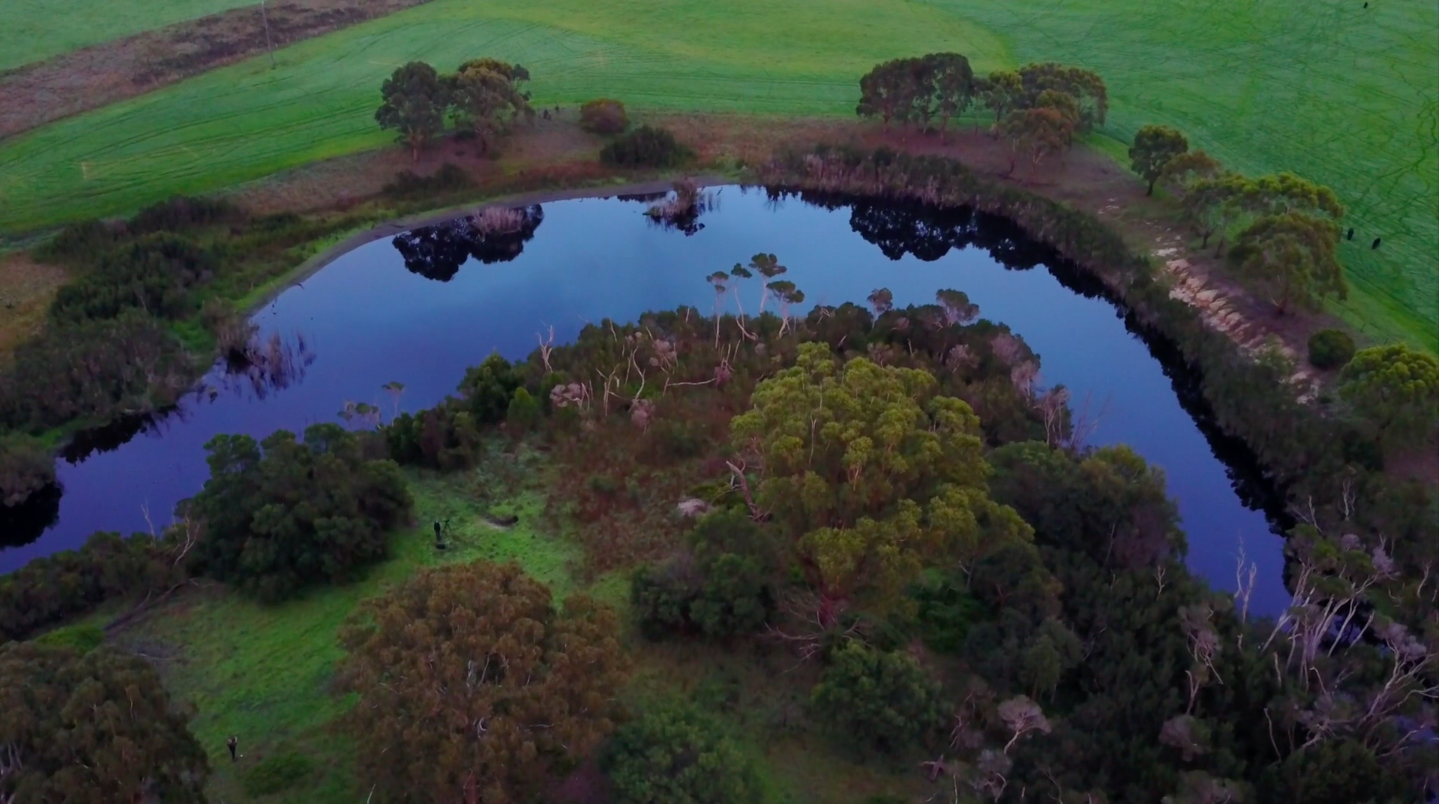 It’s Wednesday evening and the main strip of Stratford, population around 2000, is quiet. Aside from a handful of patrons at the local pub, the streets of this small dairy town a couple of hours drive east of Melbourne appear empty. Until you arrive at The Courthouse Theatre.

Volunteers Beth and Leanne are hurriedly preparing food to serve in between sold-out premiere screenings of The Warrigal Creek Massacre, a documentary film by journalists and educators Dr Andrew Dodd and Lisa Gye and six final year journalism students from Swinburne University.

The boutique theatre and arts space has been entertaining the local Gippsland community for decades. Gavin Roberts, who took over running the joint nine years ago says they also “do as much as they can” to raise awareness about Indigenous issues. 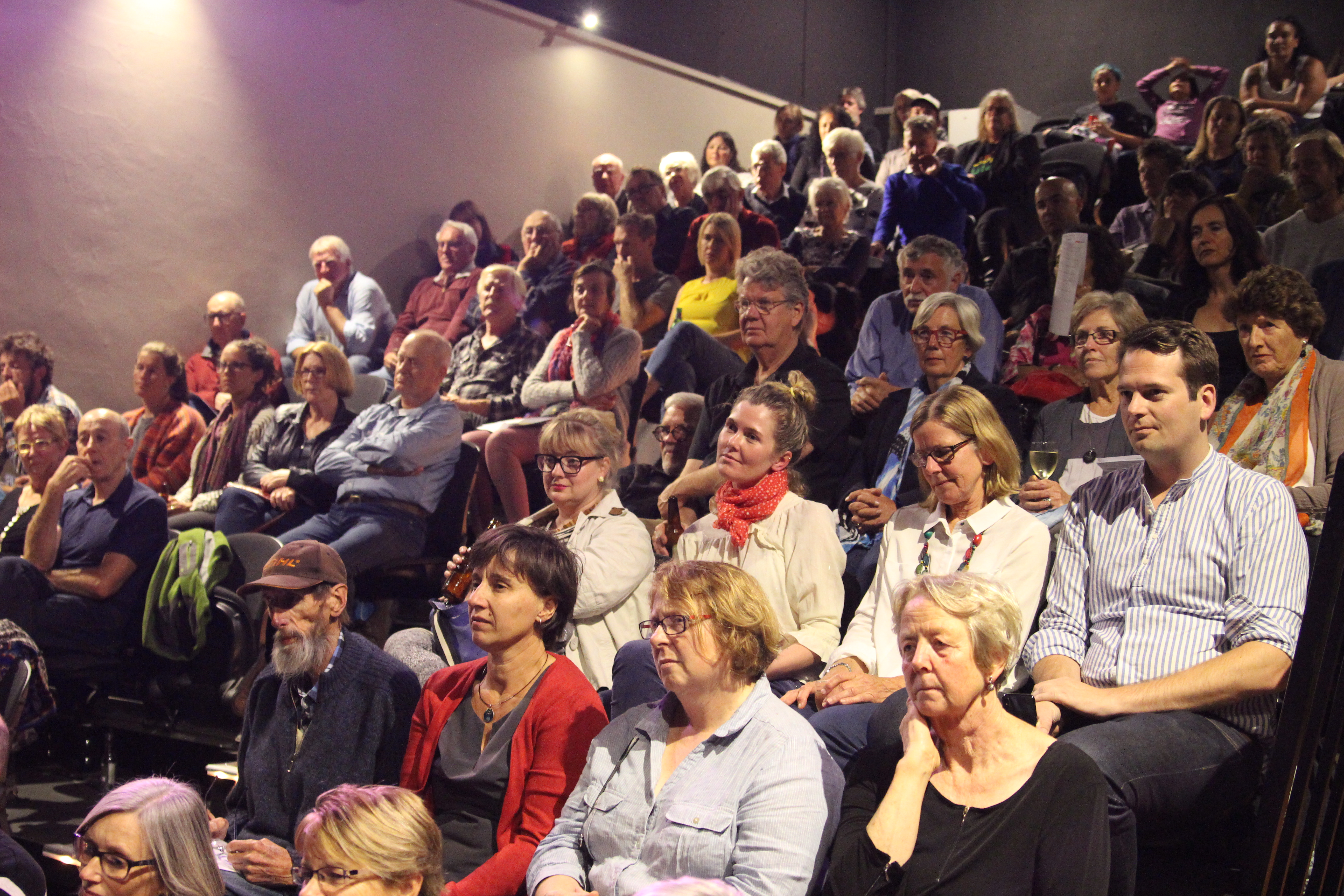 “People from Gippsland came up to us and said they knew nothing about the history but could recognise the locations that featured,” filmmaker Don Shiel. Picture: Benjamin Ansell

“Local schools in small towns don’t teach much Indigenous history,” says Roberts. “So we do our part by lapping up as many Indigenous storytelling projects as possible.”

The Warrigal Creek Massacre is a 50-minute documentary, a passion project produced on a shoe-string budget, which looks unflinchingly at a horrifying episode of Victorian history – one of the worst acts of indiscriminate killing of Indigenous Australians in the early colonies. Before starting the project, none of the filmmakers, in common with many Australians, had heard of the massacre at Warrigal Creek.

“We had a spirit throughout of us all learning about it together,” says producer Dodd.

The film is introduced by aerial footage of an idyllic freshwater creek surrounded by fertile cattle land. This is the site of the massacre that occurred in 1843 where as many as 150 Indigenous men, women and children were killed by Scottish pastoralist and explorer, Angus McMillan, and his band of men on horseback, known as the Highland Brigade.

The film uses official archives and oral histories to retrace the varied accounts of what happened. While researching, filmmaker Alex Owsianka says official documentation was hard to come by.

“The people who were writing about the event at the time knew how bad it was,” he says. “While the times were different, it sure was illegal to kill Indigenous natives and they knew that, so hid it.”

This sense of a hidden history was one of the motivators for making the film. Dodd, formerly head of journalism at Swinburne, now director of the University of Melbourne’s Centre of Advancing Journalism, grew up in La Trobe Valley during the 1970s. He completed the bulk of his schooling in regional Victoria and says that during this time, the extent of Indigenous education was “miniscule”.

“I knew nothing of the five clans of the Gunaikurnai and how they travelled through Gippsland. Nothing about the local language, the sites of interest,” he says. “In my generation, growing up we didn’t even know about the stolen generation.”

He says he felt “short changed” by his education and later outraged as he became aware of the violence that took place on the landscape where he grew up. Similar feelings of dissatisfaction and frustration at the teaching of Australia’s Indigenous history were shared among the filmmakers.

“Going to both Catholic primary and secondary schools, the teachers were pretty quick to gloss over the parts that they didn’t want to be teaching to their kids,” says Owsianka. “I’m not sure who to point the finger at but I can certainly relate to never having heard any of this history.” 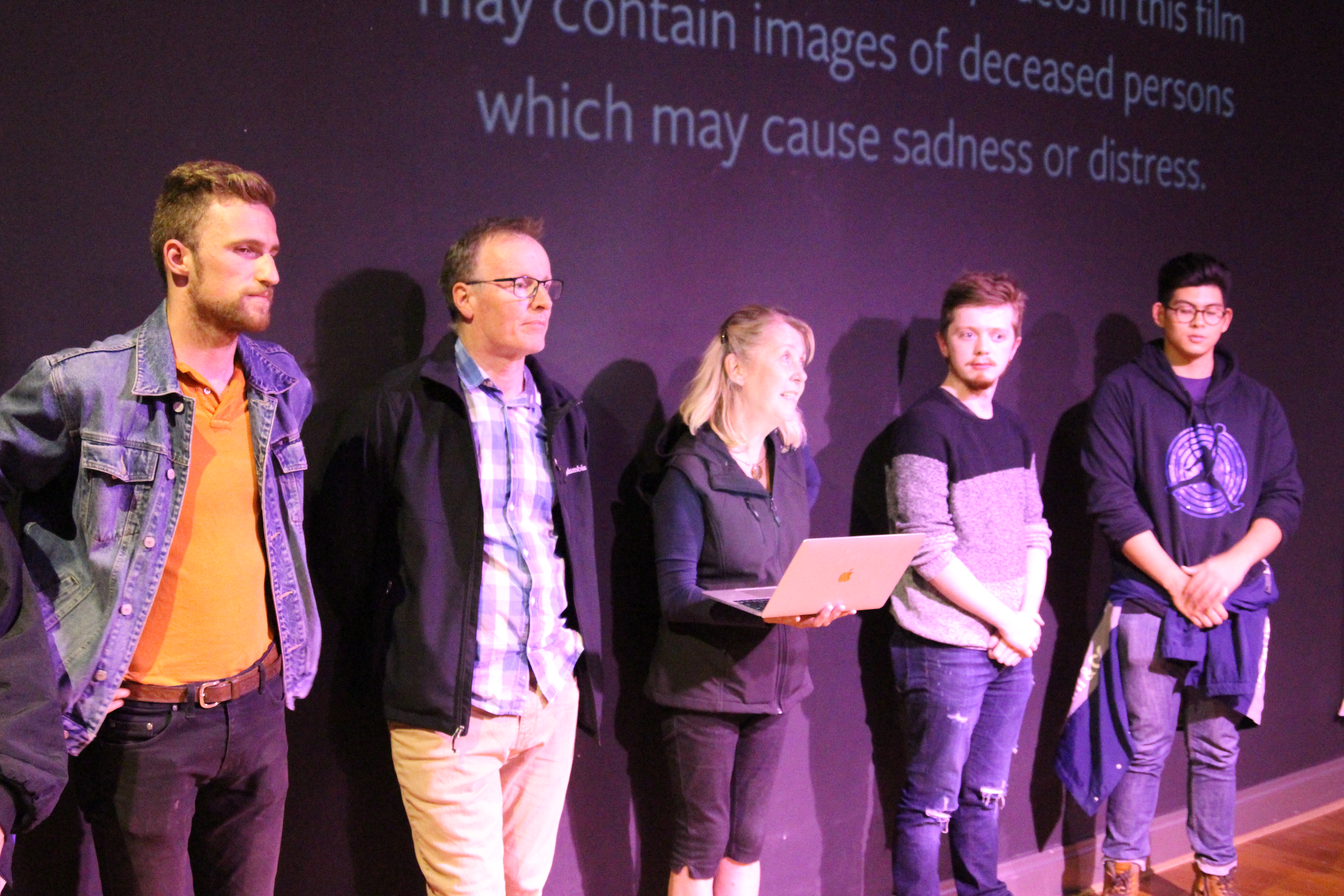 All of the filmmakers are non-Indigenous, which became a point of angst within the team. But Dodd says they received a “license” to tell the story when they realised the burden of education needed to be shifted.

Speaking at the event, co-producer Lisa Gye told the crowd the film showed the way for a larger movement engaging white people to educate their communities about Indigenous history.

“So we don’t have to burden our Indigenous people with telling these stories to their own communities, we need to educate ourselves first and then we can all move forward together,” she says.

Filmmaker Don Sheil says he was overwhelmed by the turnout for the premiere from both locals and outsiders – and at their responses.

“After the film, people from Gippsland came up to us and said they knew nothing about the history but could recognise the locations that featured,” says Sheil. “So in a way, we were telling people about their own country, their own home and their own back yard.”

Films like The Warrigal Creek Massacre are part of a turning tide in the recognition of Australia’s brutal history.

Increased education and awareness of such events have underpinned calls from the local community to rename the federal seat of McMillan, due to his role in coordinating mass slaughters of Indigenous people in the mid-1800s, to Monash, in honour of the WWI military hero General Sir John Monash, who was also responsible for developing the State Electricity Commission in the Latrobe Valley.

The film will be screened in the coming weeks in Melbourne. Until then, the team hopes the documentary will be a springboard for greater conversation around Australia’s indigenous history.

“These are stories that have been hidden by the past and we’re hoping the documentary can be one part of the process of recognising these stories but also acting on that to create a larger discourse around indigenous affairs,” says Sheil.

For more information on future screenings of The Warrigal Creek Massacre, stay tuned to The Citizen – we will update this story and share on social media [email protected] 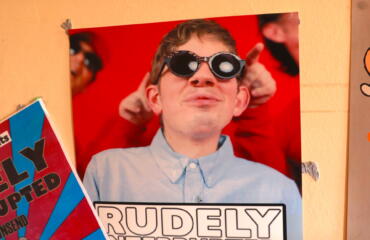 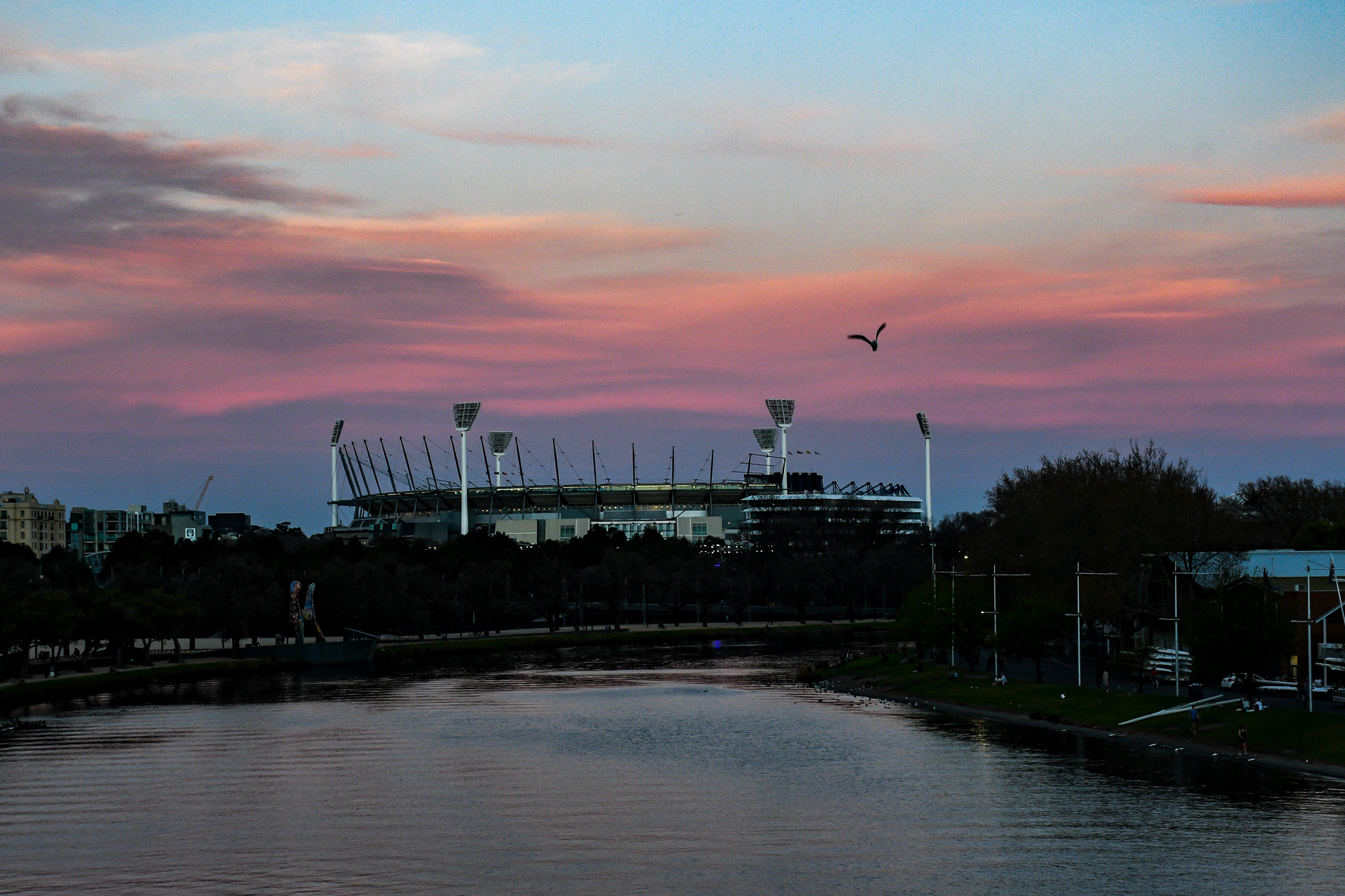 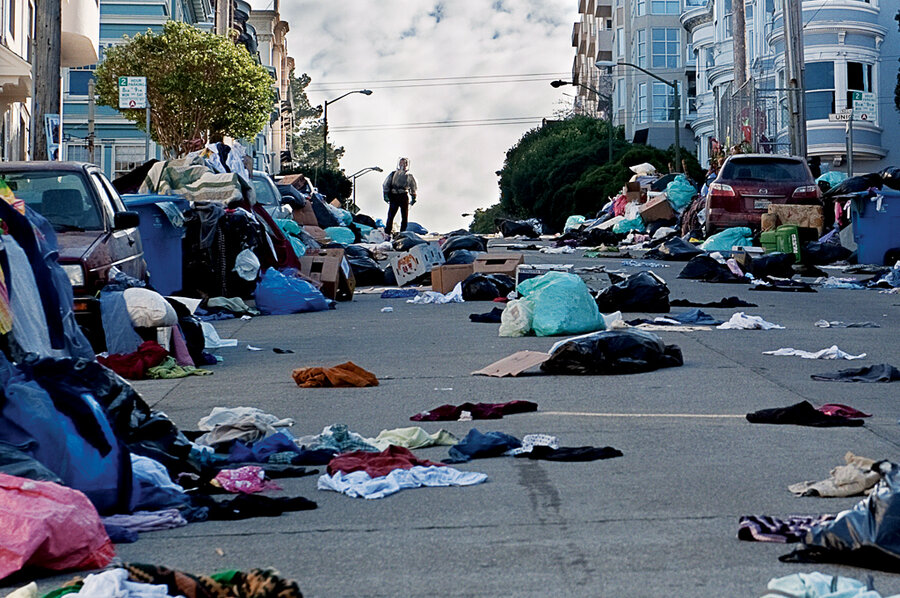