Half of the elite Group of Eight universities are currently running distinct fundraising campaigns – hunting vast sums of money with strategic deadlines and goals. They are the Universities of Melbourne, Sydney, Western Australia and Queensland. 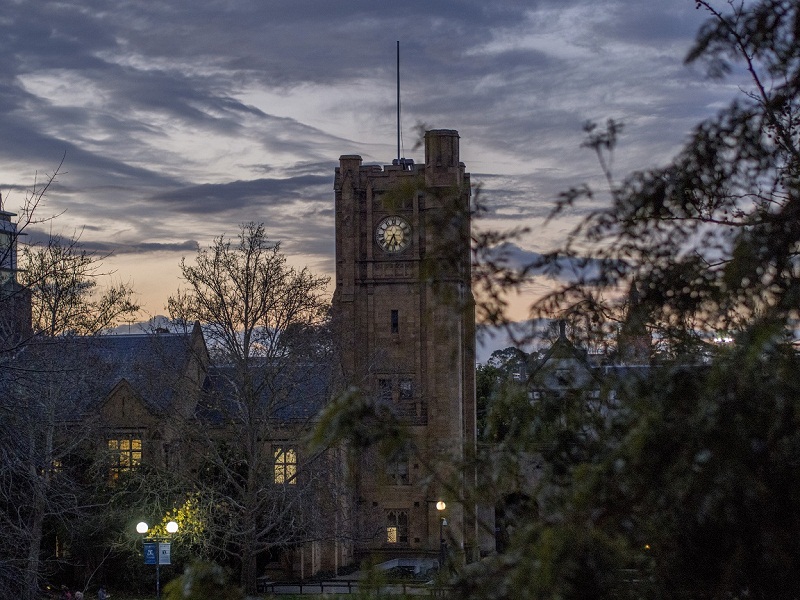 Sydney aims to raise $750 million by the end of the year. Interstate rival Melbourne University reached its goal two years early and now aims to raise $1 billion by 2021. Western Australia is aiming for $400 million, while Queensland is believed to be in the “quiet phase” of its campaign ahead of a formal announcement.

The fundraising push comes as universities fend off further federal government cuts to higher education in next month’s Budget, with vice chancellors fearing the imposition of an “efficiency dividend” on universities.

“In the face of shrinking government support, philanthropy is more important than ever,” says Tim Dolan, who heads up Sydney University’s fund-raising and alumni relations effort, known in the sector as an advancement office.

“For universities to not only survive, but thrive, in the current funding environment, [giving] must be a priority for university leadership.”

The bulk of university revenue – a combined $27.1 billion in 2014 – currently comes from federal government grants, subsidised student fee schemes such as HECS and FEE HELP, and international student fees.

A 2013 donation from mining magnate Andrew “Twiggy” Forrest funded $50 million worth of scholarships at Western Australia’s five universities, and a $15 million residential college at the University of WA. Forrest Hall, which will accommodate UWA students and Forrest Scholars from other universities, is due to open next year.

Once a fixture of the Sydney social scene, the now-reclusive Susan and Isaac Wakil have recently taken to giving away vast amounts of money from their property fortune. The couple’s foundation has given around $46 million to Sydney University, whose Faculty of Nursing is slated to be renamed the Susan Wakil School of Nursing and Midwifery. The school will move into the new Susan Wakil Health building, and up to 12  students a year will be eligible for Susan Wakil scholarships.

Jack Ma, the billionaire behind Chinese retail giant Alibaba gave $26 million to the University of Newcastle in February. The city has long been on the radar of the world’s fifteenth richest man. In 1980, the Newcastle-based engineer Ken Morley travelled to China with his son, who had a chance encounter with a then 16-year-old Ma. It led to a decades-long friendship between Ma and the Morley family, who hosted him in Newcastle on his first overseas trip in 1985.

Jane Hansen and husband Paul Little’s $10 million donation to the University of Melbourne’s Arts Faculty is believed to be the largest-ever donation to the study of history in Australia. The trust will fund a PhD scholarship, a Chair in history and four lectureship positions.

But the 2015 Intergenerational Report outlined long-term federal plans to decrease funding of higher education and vocational education and training from 0.8 per cent of GDP to 0.4 per cent.

“It seems unlikely the tertiary education sector will see an increase in government financial support in the next decade,” Sydney vice-chancellor Dr Michael Spence said at the launch of the university’s ‘Inspired’ fundraising campaign.

“We need to think creatively about new funding avenues.”

In a sign of how fast things are moving, Graham and Louise Tuckwell’s 2013 donation of $50 million to Australian National University, at the time the largest ever single donation to an Australian university, has been well exceeded. In fact, three years later, they beat their own record by giving away a further $100 million to the university.

The current trend of alumni giving “transformative” gifts dates back to 2008, according to philanthropy consultant Clare Pullar. That’s when a donation worth $18 million from Wotif co-founders Graeme Wood and Andrew Brice kick-started an endowment at the University of Queensland.

Major donations have come pouring in since. There were 70 confirmed pledges of more than $1 million to Australian universities in 2015, the last year of reliable figures.

They tend to favour Australia’s “sandstone” Group of Eight universities, although smaller institutions are also benefitting.

In February, the University of Newcastle received $26 million from Jack Ma, the Chinese billionaire behind retail giant Alibaba.

It’s the biggest single donation in the history of the university, although it’s small change for Mr Ma, reportedly worth some $37 billion.

Philanthropy has always been part of the sector, with many universities owing their foundation to financial gifts. But philanthropic efforts are ramping up, with many modelling their fundraising push on the American model.

A year ago, the University of Melbourne’s advancement office was located on a floor inside a nondescript building beneath campus.

Specialist staff numbers across the sector have also risen sharply. Group of Eight universities employed a combined 268 fulltime-equivalent fundraising staff in 2015, an increase of 29 per cent on 2013 levels.

The rapid expansion has meant that universities are being forced to recruit from overseas.

“We’ve had to do some overseas recruitment to meet that gap, but I’d like to think that we can actually embed a culture and training here and recruit people at earlier stages of their careers.”

Vice-chancellors are also increasingly seeing fundraising as part of their job descriptions.

“It is certainly true that philanthropy is an important part of my role,” says Prof Peter Høj, vice-chancellor and president of the University of Queensland.

“Since coming to UQ in 2012, I have made it a priority to encourage and support our philanthropic efforts through meetings with prospects and donors, attending events, and following up with stewardship as appropriate.”

Prof Scott Bowman, who heads up Central Queensland University, says that philanthropy should be a key focus for all senior staff, vice-chancellors and university council members.

“For regional universities like CQU, this is especially the case since [we] support high numbers of disadvantaged students. An effective development strategy . . .  means we are better able to support these students and improve student retention among disadvantaged groups.”

The appointment of leading QC and philanthropist Allan Myers to the position of University of Melbourne chancellor appears to underscore the institution’s increased focus on fundraising.

Mr Myers was previously chair of the university’s ‘Believe’ campaign, kicking it off with a $10 million donation in 2013.

Reaching the campaign’s billion-dollar goal will “transform not just this institution, but the ethos of higher education in this country,” vice-chancellor Prof Glyn Davis said at the announcement of its new target.

Prof Davis has previously revealed that the university’s senior leadership has undergone fundraising training, with staff needing to “get used to the notion that a substantial proportion of your time would be required to do this well.”

In addition to its financial goals, the latest iteration of the ‘Believe’ campaign has an alumni engagement target of 100,000 people.

Specialist staff numbers across the sector have also risen sharply. Group of Eight universities employed a combined 268 fulltime-equivalent fundraising staff in 2015, an increase of 29 per cent on 2013 levels.

Global research shows that for every five years that alumni are not engaged by their university, their willingness to give to their alma mater decreases by 50 per cent.

Mr Furman says that the alumni target is not just about money.

“People can give in a range of ways: whether expertise, time or money,” he says, noting that the aim of the target is to develop “a deeply engaged alumni community, who believe in the mission of the institution.”

Fundraising is increasingly becoming part of the job description for other university staff as well.

“For philanthropic programs to be successful, they need to be embraced by the entire institution,” says Queensland University’s Prof Høj. “They cannot be regarded as a ‘nice-to-have add-on’ or the sole responsibility of a designated ‘advancement area’.”

At ANU, deputy vice chancellor Marnie Hughes-Warrington recently announced that she was committed to “expanding the philanthropic experiences and education of staff” in her portfolio, which includes student recruitment, admissions, accommodation and other areas. The university is starting with a goal of training 100 staff in 2017.

“For philanthropic programs to be successful, they need to be embraced by the entire institution. They cannot be regarded as a ‘nice-to-have add-on’ or the sole responsibility of a designated ‘advancement area’.” — Prof Peter Høj,  Queensland University vice-chancellor

“It will be increasingly difficult to get into these positions without jumping over that bar,” she says. “You look at some American college presidents and they’re money-making machines.”

Some Australian vice-chancellors are already leading by example.

“It is my responsibility to ‘walk the talk’ by making my own gift to UQ,” Prof Høj notes, “which I have done at the University of South Australia and continue to do here at UQ, along with a number of other senior staff.”

Among advancement professionals The Citizen spoke to, America was repeatedly cited as the gold standard for the sector.

The figures there eclipse Australia’s operations. In 2015, Australia’s Group of Eight secured a combined $416 million in donations. The same year, Harvard University banked $520 million in a single donation alone. Harvard’s current campaign has raised more than $9 billion since 2013.

The close connection between philanthropy and higher education has come under scrutiny in America, with some accusing big donors of “buying” their children college places. There is nothing to suggest that this practice happens in Australia.

Locally, privately-raised funds remain a small aspect of universities’ overall revenue: around 1.34 per cent of the total in 2015. But with government funding just 23% of Melbourne University’s income in 2015, there’s a clear recognition that philanthropy is here to stay.

“There is increasing competition for diminishing [funds],” says Ms Pullar. “Good research costs huge amounts of money . . . the grant pot is not growing. The mantra in academia used to be publish or perish. The new mantra is: engage or perish.”

► This story was also published by Crikey. 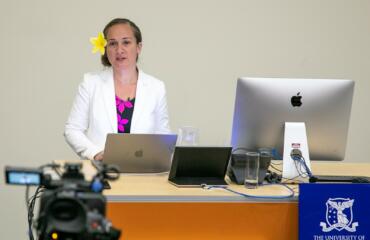 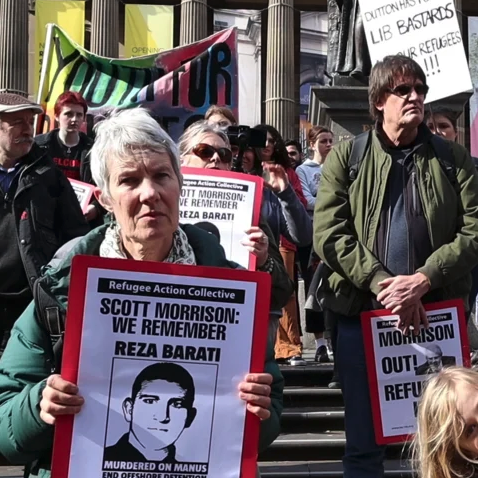 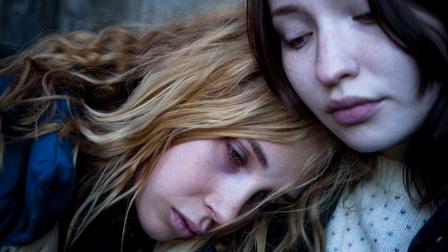