New services are making a difference to those living on the edge, but some critics fear they are entrenching homelessness rather than resolving it, reports Jackson Graham. 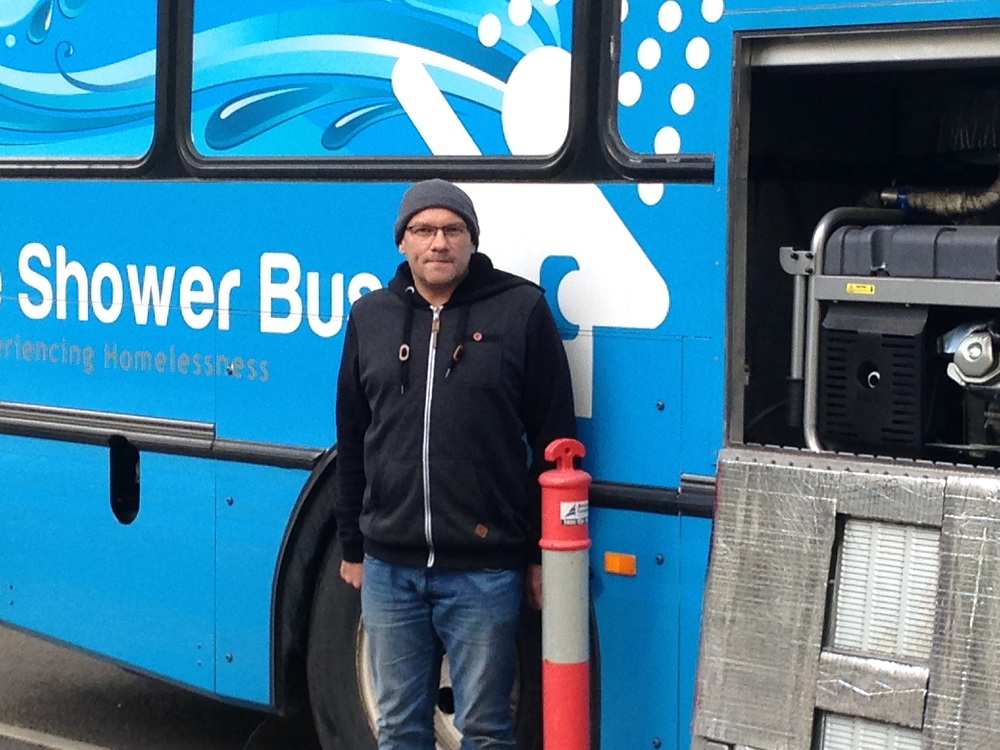 Josh Wilkins, founder of the One Voice Mobile Shower Bus: “We’re going into their space, without invading it, and providing a service that’s changing their lives.” PIC: Jackson Graham

Twice a week, 54-year-old Paul, who has been homeless for four years, boards a blue bus parked in the centre of Melbourne.

The decommissioned coach has been refurbished, with two shower cubicles providing respite for the city’s increasing number of homeless.

“Sometimes a shower can be really rejuvenating, not just physically, but mentally as well,” said Paul after emerging refreshed.

Paul, who also makes use of a mobile laundry van that regularly visits the city, said he has come to rely on the kerbside services for his basic needs but also for the sense of community they engender.

“I did my laundry here,” he added. “And we were all sitting around chatting, and that wouldn’t have happened normally. Every day I come here there is always someone that I know.”

But with the number of rough sleepers in Melbourne hitting new highs and the city searching for long term solutions to homelessness, Lord Mayor Robert Doyle has questioned whether the mobile shower and laundry services are mostly a help or a hindrance. 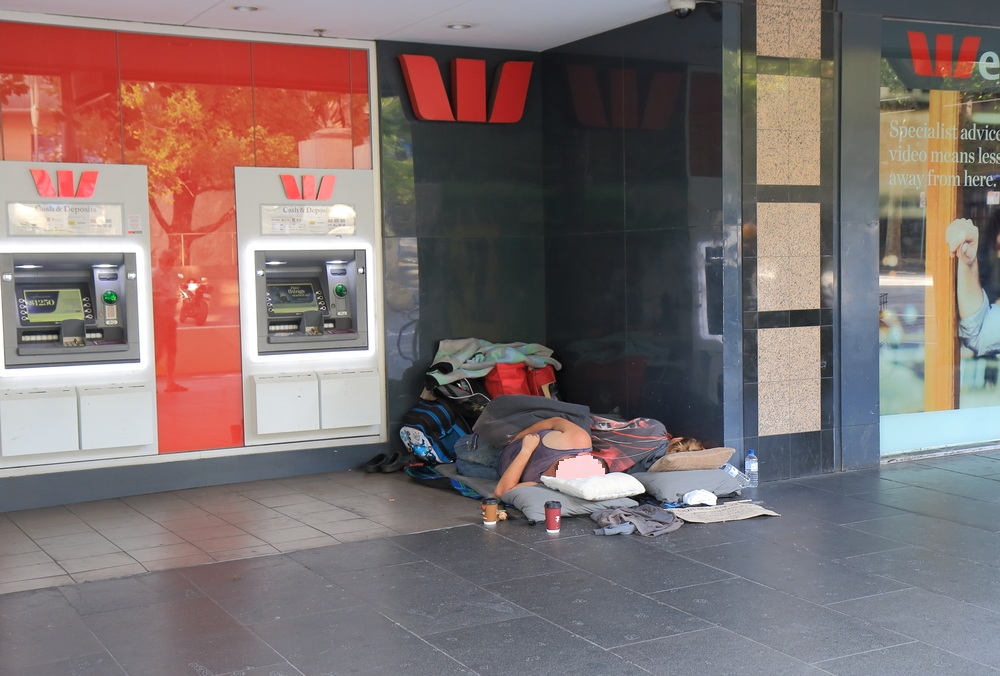 “You actually need service providers to engage with what are the underlying causes of homelessness, rather than dealing with the symptoms,” the Lord Mayor told The Citizen.

“You’ve got these tensions between necessary services for people that otherwise wouldn’t be provided, and making sure that you’re not entrenching homelessness; that you’re providing a way out. And where that line is, is by no means rigid and hard and fast.”

The Lord Mayor’s comments come as the city experiences record numbers of people sleeping out on its streets, with a City of Melbourne survey putting the figure at 247 on a night in June, a 74 per cent increase on the number counted two years earlier.

“Where we absolutely need to plug gaps, that’s where mobile services and temporary services can be useful,” the Lord Mayor added.

Councillor Doyle said that while he supported welfare groups including the Salvation Army, Melbourne City Mission and Launch Housing, it was a stretch too far to say that the independent mobile services could get rough sleepers off the street.

“That’s not the way that cohort needs to be engaged with,” he said.

But Josh Wilkins, the founder of One Voice Mobile Shower Bus, which was launched in December, said his service offered the chance to connect informally with people experiencing homelessness.

“[The mobile services] are meeting a need that they’ve identified and in some cases they are meeting that need very well. The mandate of those services cannot be to end the homelessness experience because that’s not what they’re offering.” — Sherri Bruinhout, Melbourne City Mission

“What we do is build community with them and, therefore, are able then to encourage and connect them with other services,” Mr Wilkins said. “I don’t believe it’s entrenching homelessness.”

The shower bus is used on average by 18 people a day on the four days a week it operates, while also providing access to hygiene products and clothing, even occasional haircuts.

“We’re going into their space, without invading it, and providing a service that’s changing their lives,” Mr Wilkins said. “It might not happen on the first shower. But the more you spend time with people in a relationship you can see how down someone is and, after they’ve had a shower, they come out refreshed.”

It is the notion of community – as much as it is the benefit of having clean clothes – that also underpins Orange Sky Laundry, which has two vans operating in Melbourne. The founders are confident their service is making a difference, in large part because of the hours of conversations taking place as people wash their clothes.

Started in Brisbane in 2014, the service’s founders were this year recognised with the 2016 Young Australian of the Year award. It has 10 laundry vans operating across most major cities.

The founders emphasise the uniqueness of their service. “[There is] no other service [where] you have an hour, just sitting chatting with someone informally,” said co-founder Lucas Patchett. 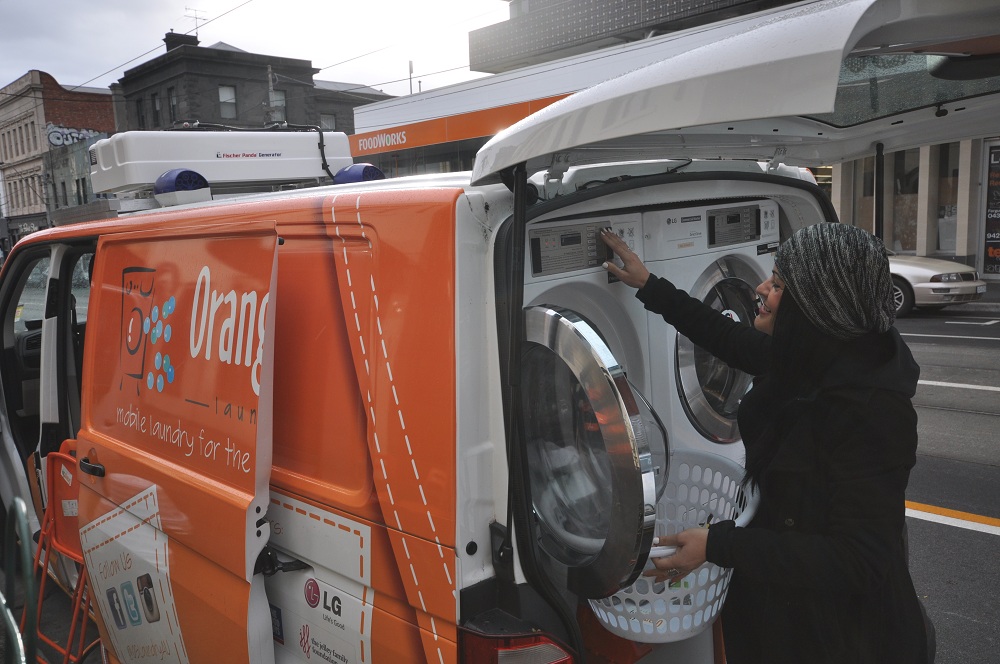 He added that while the service operated in locations where people slept rough, such as Melbourne’s Batman Park, it also operated at St Mary’s House of Welcome in Fitzroy, dovetailing with other support.

“We offer as a friendly suggestion services to connect in with,” Mr Patchett added.

But Mr Wilkins cautioned that connecting people to other services could be difficult because some who used the shower bus found the alternatives unappealing.

“The only solution out there at the moment is temporary housing and emergency accommodation,” he said. “It’s hard when the experience they have [with those services] isn’t a nice one.”

Street dweller Paul, who said he had been unable to find work despite being qualified to teach English, had lived in crisis accommodation and rooming houses but now slept on a camp bed in the city.

“Some of these rooming houses, they charge you almost $200 a week and you’re stuck out in the middle of nowhere with a bunch of guys who are quite dodgy characters,” he said. “They end up making you worse.”

The 2011 Census put the number of homeless in Victoria at more than 22,000, more than 1000 of whom were said to reside in impoverished dwellings and tents, or were sleeping on the streets.

The 2016 Report on Government Services shows more than 14,500 requests for emergency, medium and long term accommodation by homeless people during 2014-2015 went unmet in Victoria. However, a spokeswoman for the Productivity Commission said this figure also included the times when people chose not to accept an offer of accommodation.

Welfare groups list as some of the chief causes of homelessness unemployment and unaffordable housing, mental illness and poor physical health, relationship breakdown and domestic violence. 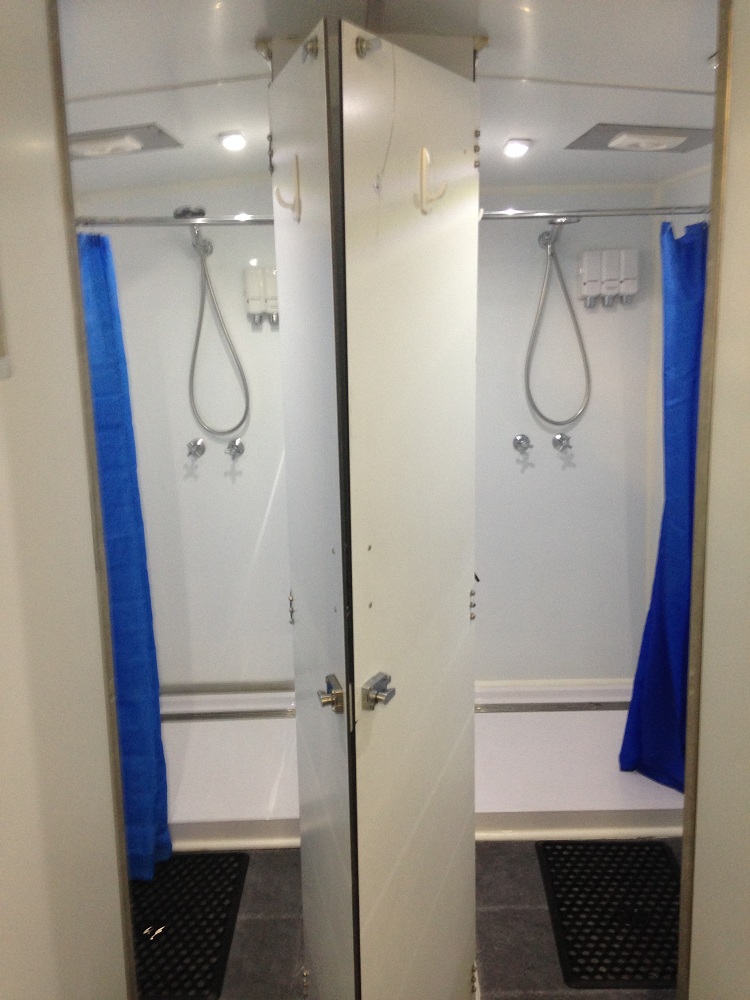 The director of homelessness and justice at Melbourne City Mission, Sherri Bruinhout, said while mobile services could address basic needs, it was not within the group’s capacity to end homelessness.

“Our work that we do is about creating a pathway out of homelessness, but people can’t walk that pathway if they’re hungry or they need a shower.

“[The mobile services] are meeting a need that they’ve identified and in some cases they are meeting that need very well. The mandate of those services cannot be to end the homelessness experience because that’s not what they’re offering.”

“Where it comes unstuck is where the mobile services are working in a way that is unco-ordinated,” she said. “There needs to be a more concerted effort by the large not-for-profits like myself and the smaller disruptive technology like the mobile responses to work in a more co-ordinated way.” 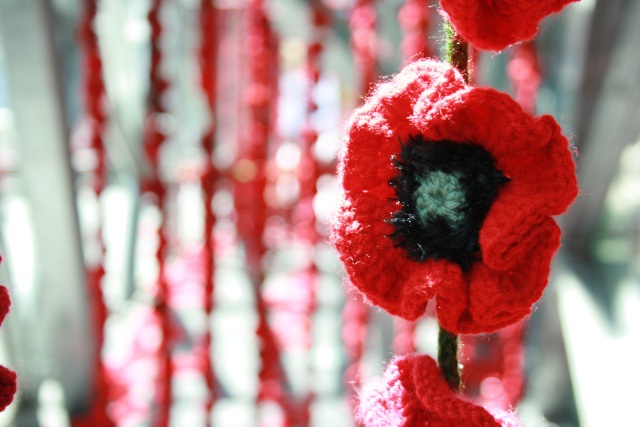 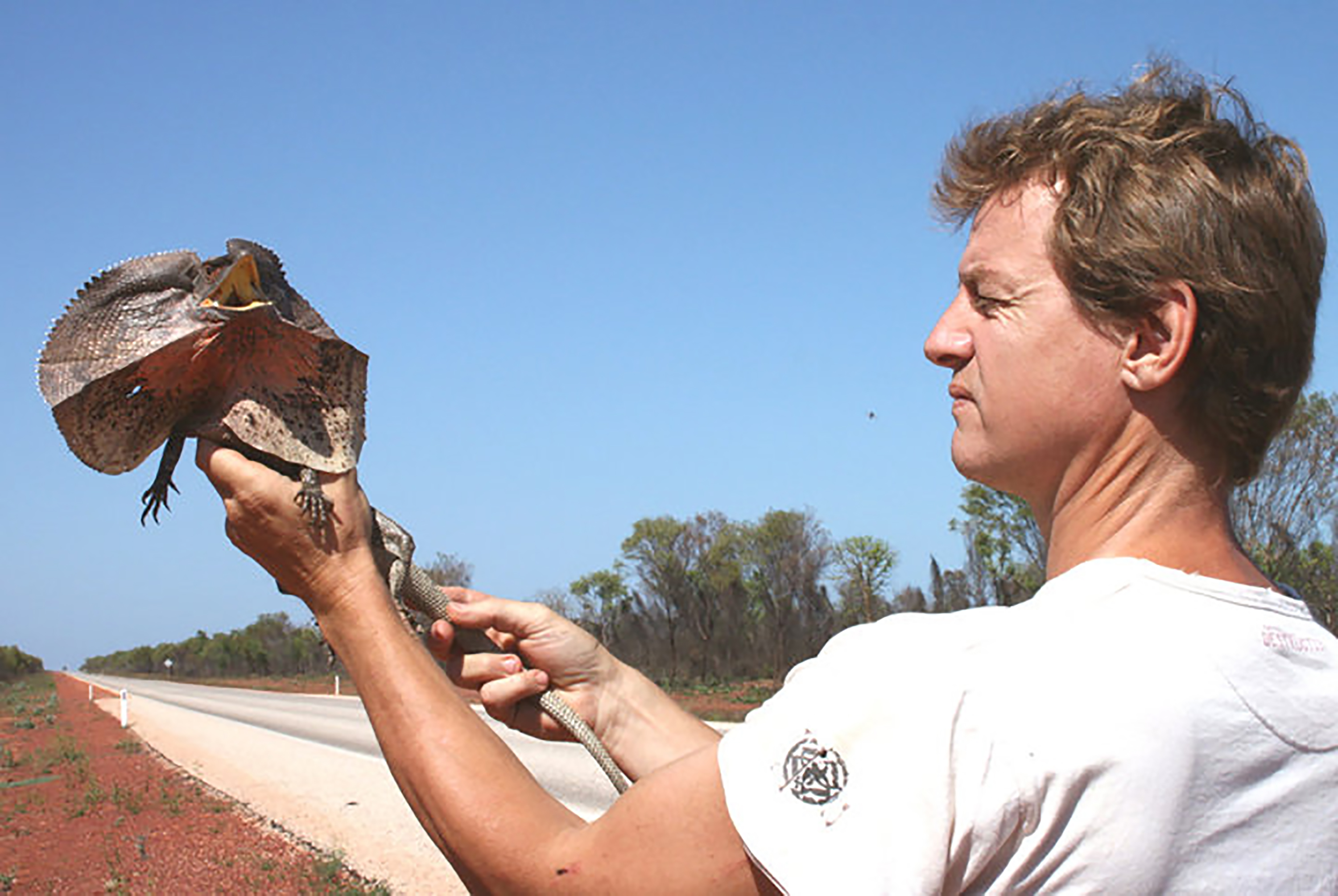