The clamour around questions of climate justice is getting louder. But what does it mean for Australia’s First Nations people? A scholar, an activist and a scientist shared their insights at a recent forum. Jordyn Beazley reports. 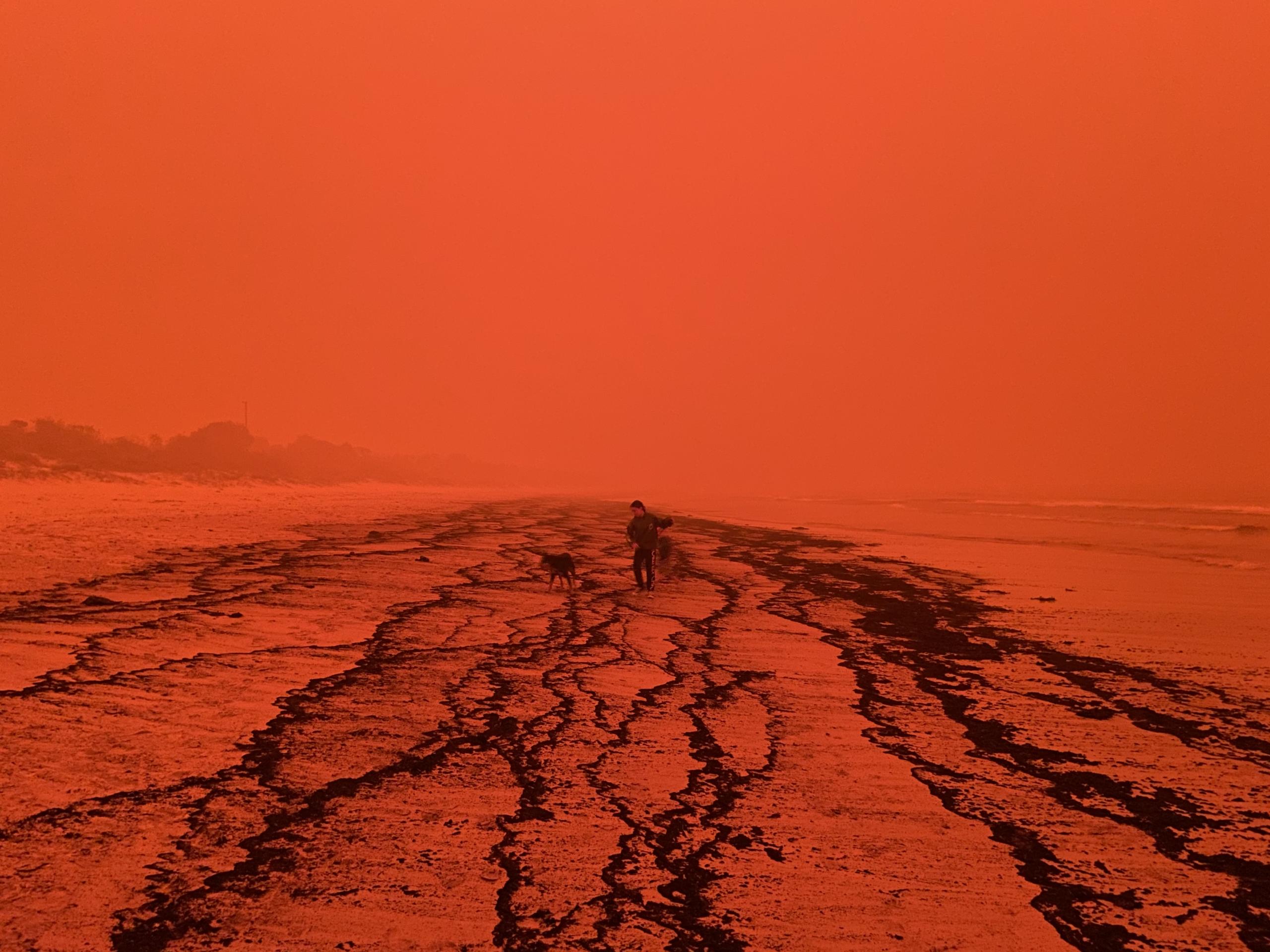 The sky turned blood red and ash washed onto the shore of Merimbula's main beach during the height of the 2019-2020 Black Summer bushfire crisis. Reflecting on the Indigenous experience of the bushfires, Bharmie Williamson says: “There is a deep and unending sadness that lingers in those places and may do for the rest of our lives.” Photo: Jordyn Beazley

Demands for recognition of climate justice as a priority in responding to the climate emergency have forced their way from the margins to centre stage in recent times.

From US President Biden placing “environmental justice” at the centre of his administration’s plans to combat climate change, to the demands of youth activists to world leaders at the recent US-convened summit to acknowledge “climate justice is social justice”, there’s growing traction in the notion that solutions must be as much about about ethics and equity as environment.

But what does climate justice look like? And what does it mean to Australia’s First Nations people?

“It’s understanding that the impacts of climate change are unjust, and it will disproportionately affect black or brown people that look like us on this panel,” said Indigenous governance expert and Euahlayi man Bhiamie Williamson. 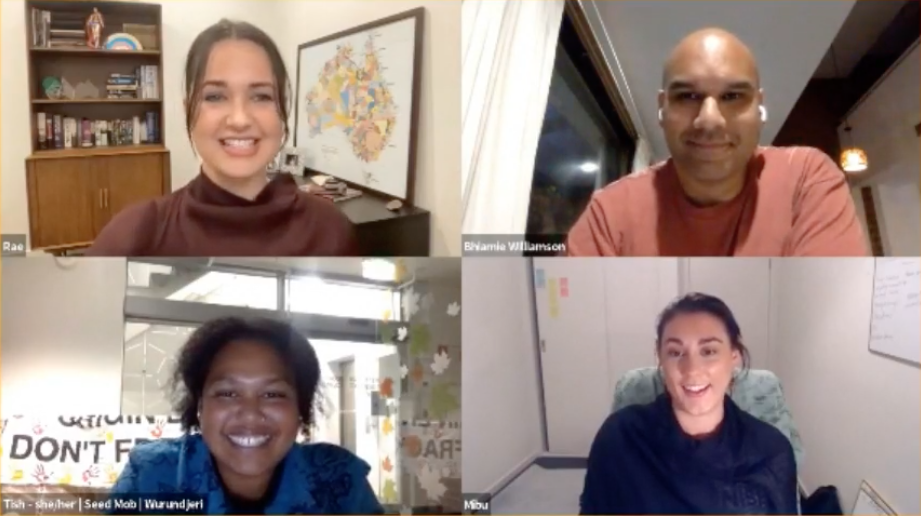 The trio pulled no punches describing the experiences of First Nations people confronting the impacts of the climate emergency. (Clockwise from top left) Rae Johnston with Bhiamie Williamson, Mibu Fischer and Tishiko King at the forum coordinated by the Climate Council.

King, a community organiser at the Seed Indigenous Youth Climate Network, along with Williamson, a research scholar at ANU’s Centre for Aboriginal Economic Policy Research, and Quandamooka saltwater scientist Mibu Fischer were discussing questions of climate justice for First Nations people at a forum convened last week by the Climate Council and Emergency Leaders for Climate Action.

The trio pulled no punches describing the experiences of First Nations people.

Asked how climate change was affecting First Nations people on the coast by journalist and Wiradjuri woman Rae Johnston, King answered with a story that made her visibly distressed.

While visiting her home last summer on the tiny tear-drop shaped Island of Masig (Yorke Island) in the Torres Strait, King helped her family pick up the bones of their elders after erosion from rising sea levels damaged the burial sites.

“We are seeing our ecosystems shift as our oceans are warming, and this is risking our food security,” she said. “It’s affecting the way we hunt, and our cultural traditional ways.”

King argued climate justice for First Nations people could not be achieved while national leaders are encouraging new mines on country without sincere Indigenous involvement or decision making.

“These decisions are creating emissions that will affect First Nations people not just here, but our brothers and sisters in the Pacific and across the world,” King said.

Reflecting on the 2019-2020 Black Summer bushfires and the experience of Indigenous people, Williamson struggled to choke back tears. “Have communities recovered? No.

“There is a deep and unending sadness that lingers in those places and may do for the rest of our lives.”

In a study Williamson conducted with ANU after the Black Summer bushfire crisis, he found that while Indigenous people formed only 2.4 per cent of the population in four of the studied fire affected regions, they were 4.8 per cent of the affected population.

More thought needed to be given to how environmental crises affect Indigenous people differently, Williams said, particularly when the disaster wipes out Traditional Owner’s totems, songlines, and sacred sites.

“They know what they want to do, but we just need to resource it.”

There was a history of willful ignorance institutions in Australia to resource cultural land management, he said, pointing to the recent outline of research priorities promoted by the Bushfire and Natural Hazards Cooperative Research Centre which failed to include any focus on Indigenous cultural land management, despite the interest and attention that was sparked after the Black Summer bushfires.

“How can it be that we’ve had such interest and yet we are still left out. It blows my mind that this is still happening,” he said.

It’s this regard for Indigenous knowledge that saltwater scientist Fischer said would create a path for climate justice.

“We’re not trying to take over Western science systems, we’re trying to work together.

“It’s only then that the two different worldviews can create a way forward for us,” she said.

In a 2019 landmark United Nations report which predicted the loss of a million species over the coming decades due to human activity, incorporating the knowledge of indigenous people into global responses to the biodiversity crisis was a core recommendation.

Fischer, whose work explores how traditional knowledge and management practices can improve modern day fisheries, is among the authors of the Australian State of the Environment Report 2021. It’s the first annual update that has included Indigenous authors.

“It’s important not just for First Nations people to have a seat at the table but for researchers and practitioners in the marine space to be prepared to sit on the beach or under the tree with community members to have those genuine conversations,” said Fischer.

During the closing remarks of the discussion, moderator Johnston invited former NSW Fire Chief Greg Mullins, and a member of the Climate Council, into the conversation.

After the speakers alerted Mullins that he was on mute, he quipped that it was “about time people like me kept quiet and listened anyway.

“What came through to me is we just have to listen.” 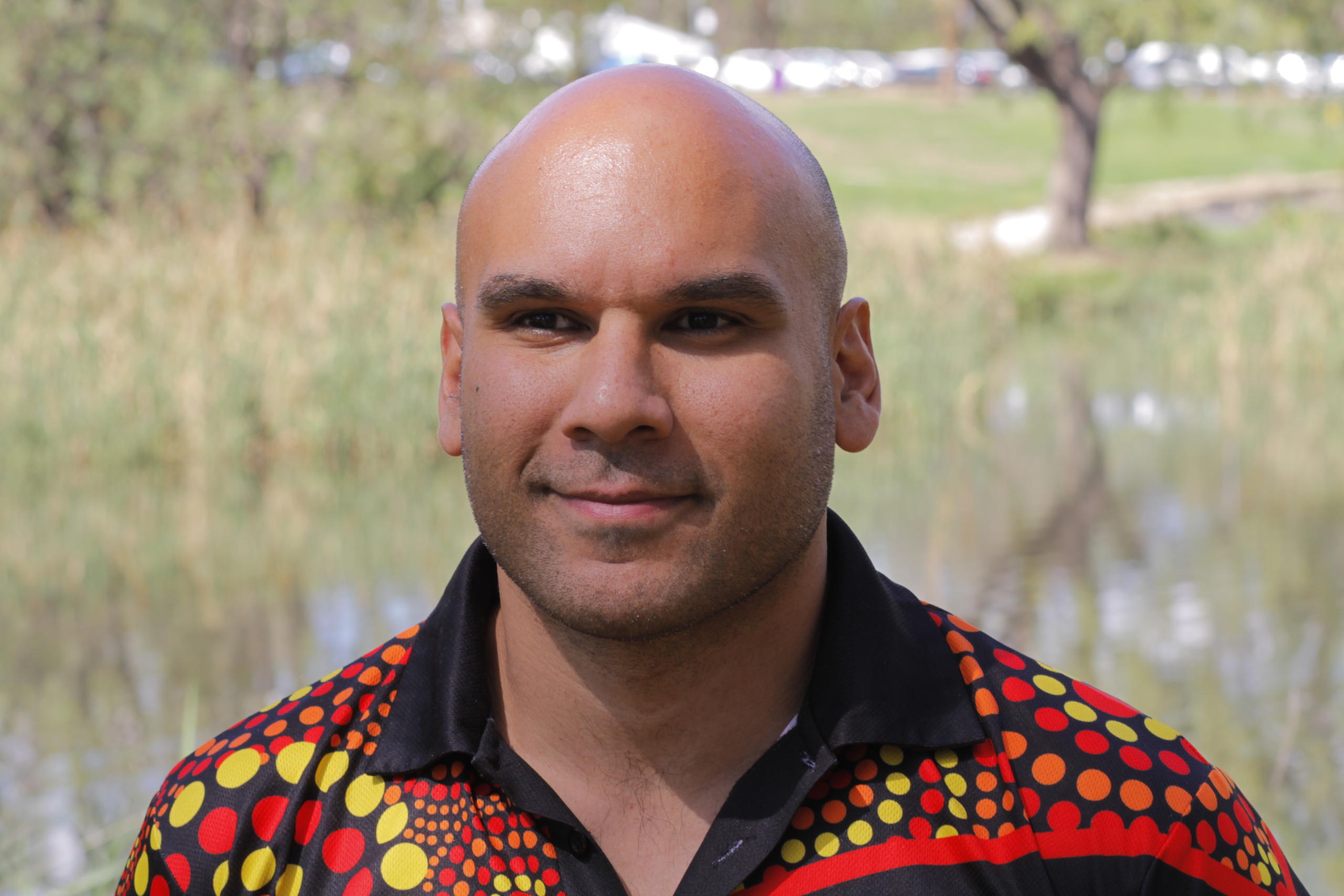 The forum can be viewed in full via the Climate Council’s Facebook page here. 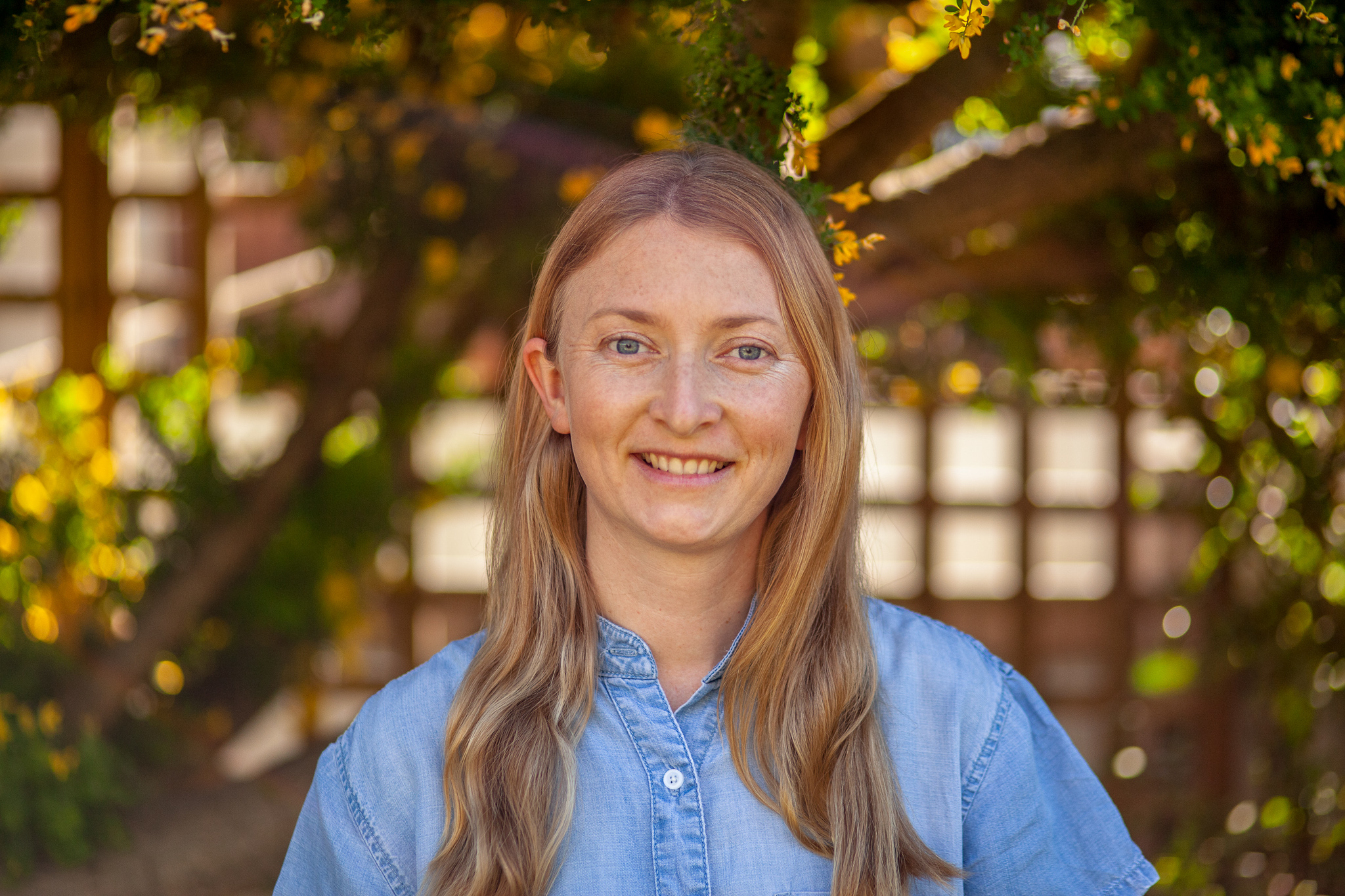