Not so long ago, many people had never heard of contact tracers. Today we recognise our wellbeing, even our lives, depend on them. Benjamin Silvester concludes our two-part report on the disease detectives. 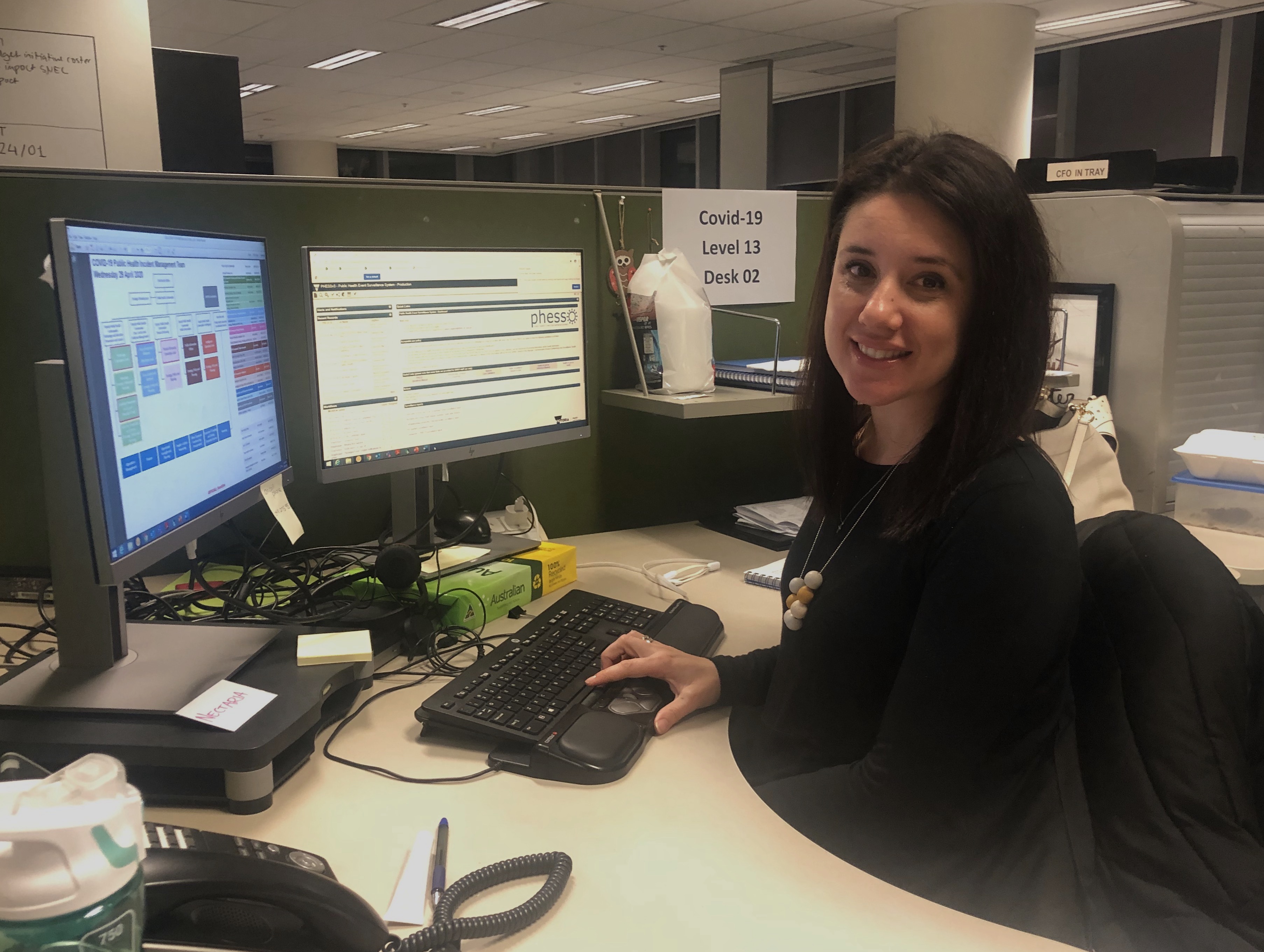 “What we try and do is put a ring around each person": Nectaria Tzimourtas, the Victorian Department of Health and Human Services contact tracing manager. Image/Supplied

In late March, at the peak of Victoria’s COVID-19 epidemic, Nectaria Tzimourtas found herself in a unique form of lockdown.

While most of the rest of the population adjusted to life and work within the confines of their homes, Tzimourtas was spending pretty much all her waking hours shuttered inside the climate-controlled confines of the Department of Health and Human Services headquarters in the ghost-town that was the Melbourne CBD.

As the state’s contact tracing manager, Tzimourtas was receiving notifications of up to 100 newly diagnosed cases of COVID-19 each day. In the early phase, she was trying to juggle the growing number of COVID-19 cases along with her normal caseload of diseases like salmonella and measles. Contact tracing teams have taken over three floors of DHHS headquarters at 50 Lonsdale Street in the CBD. Photo: Benjamin Silvester.

But then over the course of just weeks, the crisis shifted gears and it was all-hands-on-deck. Her highly specialised team of infectious disease “detectives” spiralled from a standing force of 30 to a membership of over 1000 fast-tracked individuals.

Many of the new recruits were public health nurses or medical students, all with different levels of contact tracing know-how, so for some the past six weeks have been a steep learning curve.

“Usually to train for this sort of role takes a long time, so we are giving them intensive training, and supports to make sure that they’re doing the right thing.”

At the start of the crisis a single contact tracer would deal with a case from start to finish, but with cases piling up Tzimourtas had to discard the “peace time” playbook. Now there is a division of labour, with four teams assigned to different stages of the process.

A contact tracer on the new cases team interviews people who have just been diagnosed with the virus.

Once the new cases team has a list of contacts, the case is handed over to the new contacts team. Calls are placed to each person to tell them they’ve been exposed to the virus and that they need to self-isolate for 14 days.

“What we try and do is put a ring around each person,” says Tzimourtas.

The self-isolation requirement is especially important for COVID-19 because it is so infectious, but also because people can pass on the disease without ever having symptoms. This invisibility cloaks its devastating spread. It is also the reason contact tracers, whose mission is to map its unseen course, have been so vital to reeling it back.

The existing cases team checks in on anyone who hasn’t recovered, monitoring their illness and deciding when they can be released from isolation. Meanwhile, the existing contacts team follows a similar process, checking to see whether any of the contacts start to develop symptoms of COVID-19.

The technology each team uses is remarkably simple – a phone, and a questionnaire to streamline the interview process.

“We are trying to use as much the same tools that we would use in business as usual. There’s no point in reinventing the wheel,” says Tzimourtas.

“You’ll never take away the human factor and having to speak to somebody, but we’ve tried to streamline stuff as much as possible,” she says.

Tzimourtas says that GPS data from people’s phones is never used to track down contacts. “It’s literally just phone calls, emails and faxes. If you know what a fax is,” she laughs.

She only helps untangle the most complex cases, spending most of her time troubleshooting problems in the different tracing teams.

“Normally my day starts out not bad and then by mid-morning it’s filled up quite fast with people wanting to talk about different things.”

As cases have continued to fall and she has fine-tuned the flow of cases between her teams, Tzimourtas’ days have become more manageable, getting in at around 7.30am and trying to leave by 6pm, but the notion of a weekend is still fanciful.

Tzimourtas says she’s come to terms with the new normal, saying that even with the new COVIDSafe app having now been downloaded by 5 million Australians, she doesn’t think restrictions will be rolled back quickly.

“Even if we do start to ease restrictions, I think that that would be much slower than we’ve seen them be enacted,” she says.

“I can’t see us going back to what we would consider normal for a long time.” Service above and beyond: Essential workers weigh risk and duty