China’s ban on live seafood imports has taken a huge toll on island communities at a time when crayfish are at their most bountiful. Jack Banister reports from Warraber. 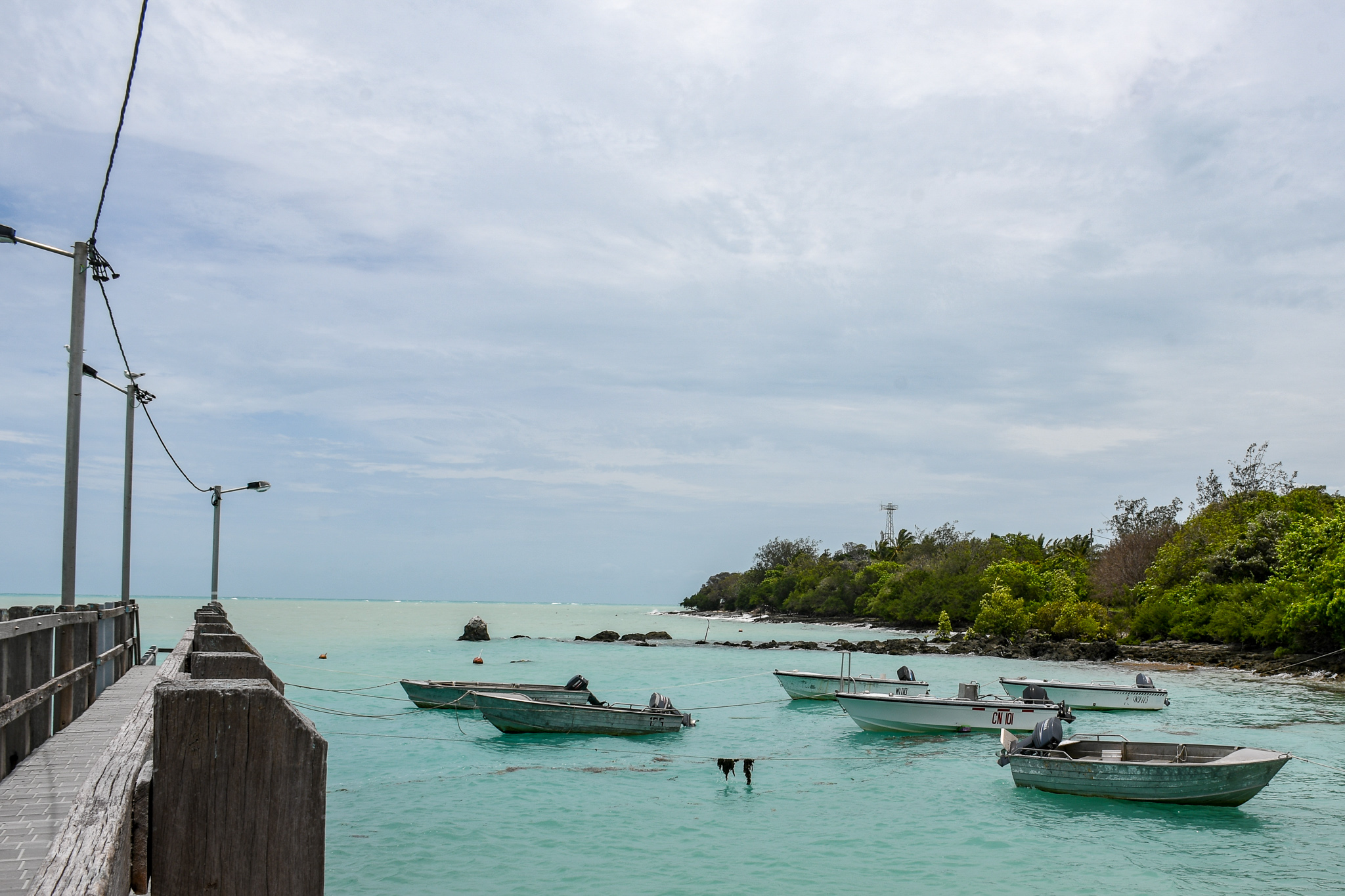 Dinghies moored to the jetty off the coast of Warraber, a tiny island on the Torres Strait.

Ordinarily, just before dawn or dusk, he would navigate out in a dinghy from his home on Warraber, a 93-acre island between the top of Cape York and the southern coast of Papua New Guinea, which is home to around 250 people.

The reefs around the island teem with life – bêche-de-mer (sea cucumbers), dugongs, crabs – and with tropical rock lobsters, usually worth around $70 a kilo from middlemen supplying fish markets in China.

Boggo’s local knowledge, inherited from generations before him, means he knows when “the good tides” will roll in, and what they mean for the crustaceans, which leaves him perfectly poised to capitalise on the boom brought on by Chinese New Year.

But this year, the boom was a bust. Live crayfish prices plummeted after the outbreak of coronavirus in December. China cancelled many lunar new year celebrations and banned the import of live seafood.

On the Torres Strait, rock lobsters are the region’s second most valuable fishery, and a vital source of income for people in small island communities.

Rather than increasing the size of their catch, which could cause problems in the heavily regulated industry, most fishermen have chosen to stay ashore. “Most of the fishermen have stopped going out now, because it seems like you can’t make any money because of what’s going on,” he says.

James Billy, another Warraber fisherman and a distant relation of Boggo’s, sells his own catch plus fish he buys from other islanders, to a Chinese buyer with a factory in Cairns.

James says prices for live crayfish have plummeted to $25 per kilo, which means that after spending on fuel and equipment, it’s difficult to turn a profit.

As well as free diving in the shallower waters, James also hookah dives. The method uses surface-supplied air to keep fishermen in deeper water for longer, and is preferred by traditional fishers who hold Traditional Inhabitant Business (TIB) licenses.

A ban by the Australian Fisheries Management Authority (AFMA) on the use of hookah gear, implemented because of fears of unsustainable fishing, was overturned in the Federal Court in 2018.

A day of hookah diving for lobster, James estimates, would mean a catch of 40 to 50 kilos of crayfish, and a profit of around $2,000 dollars in a strong market. Fishermen and crayfish buyer James Billy outside his home on Warraber.

For those who just free dive, the timing of the virus is especially bad, because January and February are the months when the crayfish are most bountiful in shallow waters.

“This is usually a time to load up and sell lots of crayfish,” James says.

James and Boggo both have day jobs which mean they can support their families despite the crash. But they say the huge loss of income from fisheries, and the uncertainty about when the market might return are a major cause of stress for the community.

The situation isn’t helped by the already inflated prices families have to pay for food on Warraber.

Industry administrators and fishermen met to consider changes to the sea cucumber fishery as a possible stop gap measures, including lifting restrictions on other fisheries and allowable restrictions.

The proposals put in play by the Torres Strait Regional Authority (TSRA) and the Protected Zone Joint Authority (PZJA) include the opening of the usually shut black teat sea cucumber fishery, and increasing the allowable catch for white teat fish sea cucumber.

The Bêche-de-mer fishery is owned by, and important for, traditional inhabitants of the Torres Strait, who have exported different species to east and south-east Asia for more than a century.

James Billy says that some fishermen on Warraber, and its sister island, Poruma, have already transitioned to catching lollyfish, a variety of sea cucumber that is abundant around both islands.

He says it sells for about $10 per kilo, a low price, but one that has still helped some locals to “keep their heads above water”.

But the fact sea cucumbers are easy to catch makes them particularly prone to overfishing. That means that regulations can only be loosened to a point to help those who are struggling – a free-for-all isn’t possible because it would jeopardise the long-term sustainability of different sea cucumber species.

Another option, which James has tried, is to spear the crayfish, freeze it and then sell the tail at an unaffected rate of around $40 per kilo. There’s an issue with that approach, too.

“What I found out, with other fishermen, they don’t like doing the tails. They like catching them whole because when you start to do tails, you spear the crayfish on the reef tops. It’ll affect the other cray from coming in because of the blood,” he says.

The latest shock to the local industry comes on the back of other hits as the impacts of climate heating begin to be felt acutely in these waters.

“In 2017, we had that [coral] bleaching. It affected not so much the price, but the crayfish. We, across the Torres Strait, we were all catching little crayfish,” James says. “It was warm water from the surface like six metres down.”

James says there were also problems with the health of the crayfish, with many dying after being caught.

The latest crash, Boggo says, is frustrating, but he’s got his fingers crossed that the market will be “back on” soon, so “everybody will be smiling again”.

This story is co-published with Guardian Australia Extreme regrets: The long walk back from the badlands of the far right