As COVID-19 cases spike in Melbourne, plunging the city back into lockdown, Victoria’s contact tracers are under huge pressure to track a widening web of infection. In a two-part report, Benjamin Silvester takes us into the world of the disease detectives. 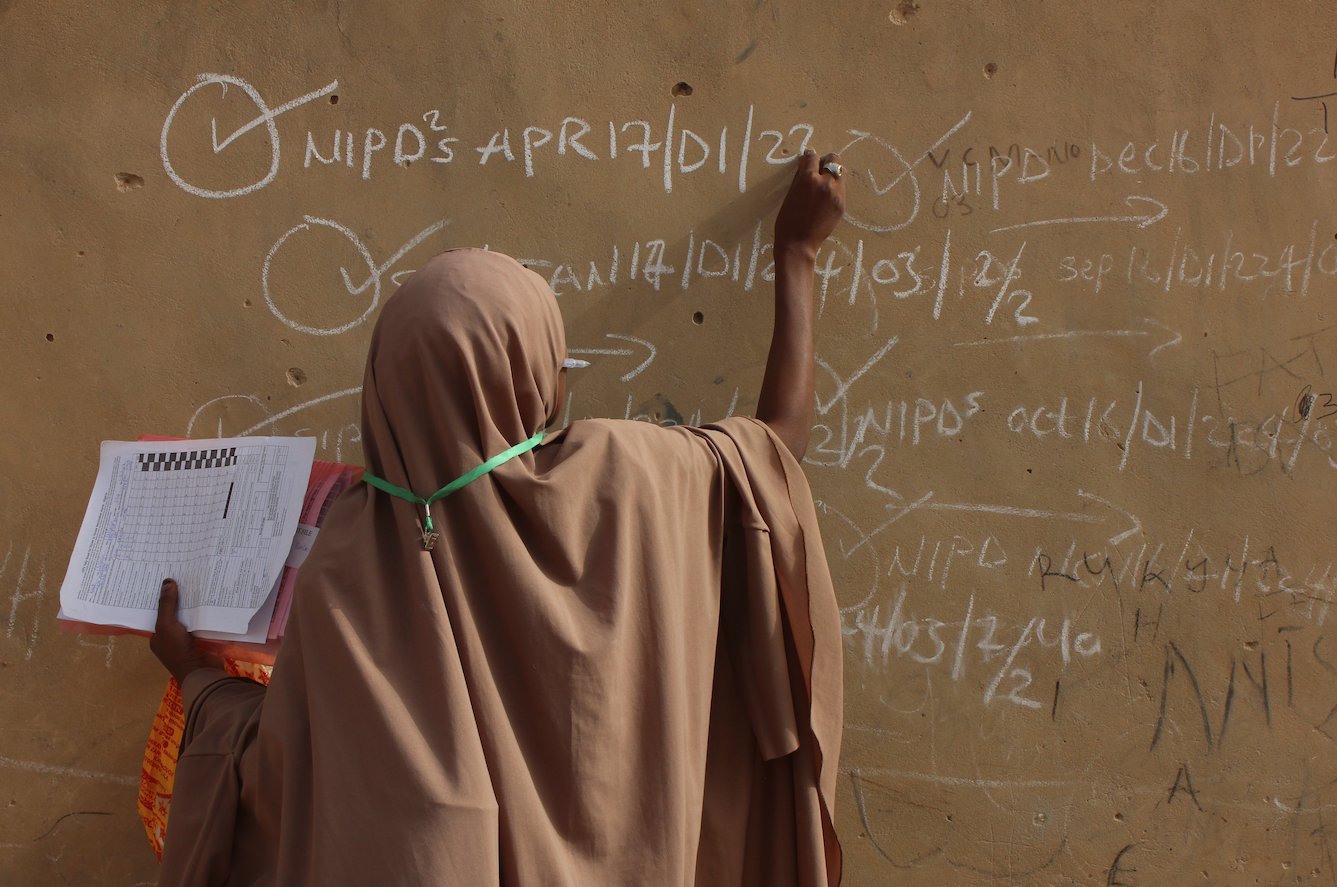 Contact tracers and vaccine teams working side by side in northern Nigeria trying to stop the spread of polio. Contact tracing has long been a critical part of the public health weaponry against infectious disease. Photo: Jo Chandler

It would often be nightfall before Jane Tomnay, a specialist in infectious disease contact tracing, came to the business end of her working day, stepping dramatically into the lives of unsuspecting strangers.

“We always knocked on people’s doors at six or seven o’clock at night because we knew they’d be sitting down to dinner,” recalls Tomnay. When she started her career a home address was often the only lead she had. Such intrusion was rarely welcome. Jane Tomnay worked as a contact tracer for 15 years at the height of Australia’s HIV epidemic, writing a PhD on the subject and helping write the Australasian Contact Tracing Manual. Photo: Jane Tomnay.

As a senior contact tracer in the Victorian Department of Health, it was Tomnay’s job to track infectious diseases as they spread invisibly from person to person, trying to hunt down anyone who might have been exposed to the disease before they could pass it on.

Tomnay became one of Victoria’s most seasoned “disease detectives”, ultimately writing a doctoral thesis on the complex art and science of contact tracing, the painstaking process which underpins efforts to control the spread of infectious diseases from polio to HIV to COVID-19.

For much of her 15 years in the role she worked in small specialist teams – she was one of just three dedicated contact tracers in Victoria tackling the peak of the HIV spread. She largely worked without the benefit of technological tools, using instinct, cunning and resourcefulness to track down her quarry.

These days the Victorian Department of Health and Human Services ordinarily has a standing team of 30 contact tracing specialists ready to mobilise if required. But right now the department has enlisted and trained over 1000 contact tracers to work full time in Victoria trying to map and contain the unfolding COVID-19 pandemic, enlisting the most sophisticated gadgetry of this connected age such as the new government-developed COVIDSafe mobile app, which can track whether users come into contact with a confirmed COVID carrier.

They have tools at their disposal that Jane Tomnay could never have dreamt of – mobile phones were still some years from being ubiquitous in her early years. Nonetheless, she says the principles and fundamental skills of the job haven’t changed at all.

“Mobile phones have completely changed the speed that we can contact people, but they’re just a tool,” says Tomnay.

“They can’t replace the human skills that underpin the process.”

In disease control efforts, contact tracers are often out of sight, ceding the limelight to the doctors and inventors of vaccines. Yet their efforts have been pivotal in controlling the spread of devastating diseases. Smallpox for example, which killed 300 million people in the 20th century, was wiped out not by vaccinating entire populations, but through selective vaccination focusing only on the close contacts of people with the disease.

The COVID-19 pandemic has pushed contact tracing efforts to centre stage. And so when the call went out in Victoria for 1000 extra contact tracers, volunteers were found in a matter of days.

Every contact tracing case begins in the same way, Tomnay explains: with a patient getting a lab-confirmed diagnosis. This person is known as the “index patient”, the first in a potentially radiating web of infections. The process of notifying a contact is just as delicate as speaking to the index patient. Often the first response when someone is told they might have an infectious disease is anger. Then, says Jane Tomnay, there’s the inevitable question: “Who was it?” Photo: Shutterstock

The contact tracer has to work quickly, interviewing the index patient to find out when and how they might have been infected, and everywhere they’ve been and everyone they’ve seen since that point.

Contact tracers are usually postgraduate health professionals, with basic training in anything from nursing to epidemiology and then a masters degree or PhD in a field like infectious diseases. They are also given psych training, completing a skill set purpose built for tracking the spread of disease, but also for getting accurate information out of people in a very short space of time.

These “soft skills” don’t get much attention, but they’re absolutely at the heart of the process, says Tomnay, these days the director of the Centre for Excellence in Rural Sexual Health. It’s important for the contact tracer to be able to handle the patient in what can often be an extremely stressful situation.

“I guess my experience has been that, once you tell somebody they’ve tested positive for something that’s infectious and potentially that could kill you … they don’t hear a whole lot after that.”

The contact tracer has to painstakingly lead the patient through the previous week, or fortnight, and it’s common to miss a contact or two.

Tomnay says the gold standard is to interview the patient again 24 to 48 hours later, to catch any fish that may have wriggled through the net. This is especially important with a disease like COVID-19, where many cases are asymptomatic and people may be spreading the disease without realising they have it.

Once the tracer has their list of contacts, the hunt is on. Most people are pretty easy to track down, but others require a healthy dose of ingenuity. Tomnay says that even the tiniest skerrick of information is sometimes enough to go on.

She remembers one case tracing an HIV infection in the early 1990s where the index patient knew almost nothing about one of his contacts. “He didn’t know the man’s name, he’d never even spoken to him, but they’d had sex,” says Tomnay. “But he was able to tell us what kind of car he drove.”

Tomnay staked out the spot where the men had met until sure enough, the car turned up and she had her contact.

“They called us ‘the sex detectives’,” she laughs. But she adds that the job is really a world away from police work.

In March, when the number of new COVID-19 cases was rising alarmingly, several state governments mooted the possibility of using police to bolster contact tracing. Tomnay says this would be the wrong move – that police don’t have the medical knowledge to do the job, and that the prospect of speaking to the police may deter infected people from coming forward.

“[The police] have the fantastic investigative skills. And yes, they can track people down pretty well, but if they are out there contact tracing … God forbid.”

The process of notifying a contact is just as delicate as speaking to the index patient. Often the first response when someone is told they might have an infectious disease is anger. Then there’s the inevitable question: “Who was it?”

Tomnay couldn’t answer the question even if she’d wanted to, because it’s illegal to disclose someone’s medical information. But she says the true importance of anonymity in contact tracing has nothing to do with the law.

The contact will often try to guess the identity of the index patient and Tomnay says it’s surprising how often they are off the mark.

“Even when I did it for HIV and STI. I mean, you’d think most people know who they had sex with. But every time someone says I know exactly who it is, it’s “X”, “Y” and “Z”, if I had a dollar for every time they were wrong, I’d be retired by now.”

She’s also seen the flip-side – the transformation in attitudes when a contact’s lab test comes back positive. Suddenly they are grateful for the assurances around anonymity, knowing they will be afforded the same privacy. The bedrock of confidentiality underwrites the whole process. The question of privacy in disease control efforts has become feverish in recent weeks with the launch of the COVIDSafe tracking app similar to the TraceTogether app used in Singapore.

Despite concerns from some privacy and technology experts, it has attracted support from industry and government figures, together with champions of civil liberties and privacy arguing the circumstances merit what they would ordinarily see as an intrusion. More than 4.5 million Australians have downloaded the app so far, though uptake slowed significantly after one million people downloaded it within hours of launching.

Assuming privacy can be assured, Tomnay believes the app is worth trying, although she says it would be naïve to see it as a silver bullet.

“This pandemic is the first time an app has been used in this way to my knowledge so its effectiveness is yet to be measured,” she says. “However, I’m not really confident that it will reach the level of coverage hoped for by the federal government.”

In Singapore only around 20 percent of the population has downloaded the app since it was launched in mid-March, a period that has seen a resurgence in the country’s coronavirus cases. Researchers at Oxford University have calculated that 80 percent of all phone users would have to download the app for it to suppress the epidemic.

Tomnay says that even allowing for unprecedented uptake of the app, it would miss many of the most vulnerable parts of society.

“We will definitely need other strategies for people who are marginalized or worried about repercussions for their behaviour,” she says.

“[People] who are are potentially important from a public health perspective [but] are unlikely to download the app.” 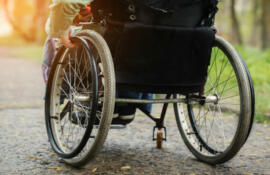 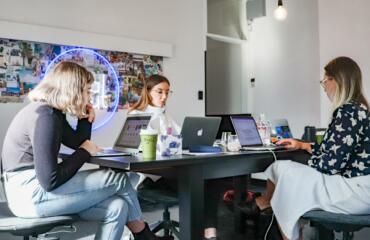