When Perina Drummond scouted her first model on a tram in Melbourne’s Brunswick West in the summer of 2016, she could never have imagined her agency would be launching at a sold-out runway show in Federation Square.

The show will see three newly-cast Indigenous models walk barefoot down the catwalk for the first time.

“I think I will start freaking out one last time before the actual show but for now I’m pretty excited,” Perina says.

Perina is a Meriam woman from the island of Mer in the Torres Strait – the birthplace of Eddie Mabo. A middle sibling of eight children, she remembers watching the women from her community sew scarves together from off-cuts and bead necklaces.

“When I was fairly young I fell in love with it [fashion], those women have been stuck in my head,” she says.

She remembers her childhood fondly but says the community was plagued with drug abuse and alcoholism, teenage pregnancy and low education. So at 12, she was sent to a boarding school in Brisbane.

“Learning to live away from home at a young age was quite hard. Little things like learning English – my fifth language – was really tough.”

She describes being away from country as the “worst homesickness ever” but is now able to use her experience to encourage other young Indigenous women to pursue their passions.

“For us, that’s really important to reconnect with community but also remember why we moved away.”

It was in Brisbane that she started modelling, at first only for friends. Not long after finishing school, she was signed to a modelling agency and competed in the state finals for Miss Universe.

But to commit to a career in fashion, Perina knew she had to leave Queensland. She moved to Melbourne in 2015 and begun volunteering at Melbourne Fashion Week. She noticed there were virtually no Indigenous models in the show, and those that were were often not supported culturally.

“It’s bigger than Ben Hur what I’m doing. People just instinctively think it’s going to be easy to get an Aboriginal model but what they don’t realise is that there are a lot of steps and processes involved in communicating or engaging with community.”

She says agencies were often unprepared for the cultural differences that could make Indigenous models feel uncomfortable. “For example, having male backstage staff is a problem. The men’s business, women’s business thing is still quite a big part of our culture.” Cassie Puruntatameri, 21, is one of the models walking the runway. She was born in the Northern Territory’s Tiwi Islands, a remote community of no more than 450 people.

“We had one grocery store, one pub, one council office, one primary school, it was good,” she says.

“Sometimes we didn’t have food on our tables but we would go and hunt for our food. Go down to the beach, throw a line out, catch a fish, cook it on the fire, we would always get fed.”

She came to Melbourne two years ago on a one-way plane ticket in search of an adventure. Six months later, Perina approached her out of the blue.

“I was in my own zone, listening to music, and then we both got on the tram. She was looking at me, she was waiting until she had the courage to come give me her card.”

Since then, Perina has facilitated a number of shoots and Cassie is determined to encourage other Indigenous girls to enter the fashion industry.

“You know how Aboriginal people get all these stereotypes and stuff, I think if there were more Aboriginal models seen, or with a voice, that would make a difference,” Cassie says.

Without Perina, Cassie says she might not have felt comfortable saying no to certain photo shoots or demands of mainstream agencies.

“I don’t want to be in half-naked photo shoots, it’s just about respect for our culture.”

Jira Models is not Australia’s first Indigenous modelling agency. Perina herself says there have been “many attempts” to employ models from the community, but some have been short-sighted or exploitative.

“It’s always been a one-off staging or project where a lot of things haven’t eventuated,” she says.

Earlier this year, the now defunct Indigenous Connections was accused of ripping off aspiring models, claims its director Sharlette Townsend has denied.

Families were angered after spending thousands on travelling to Sydney for a fashion event that they believed promised overseas travel prizes, professional photoshoots and runway training.

Illuka Sax is from the Torres Strait Islands and was one of those affected. After winning a “wildcard” position in the competition his mother paid for flights to Sydney and accommodation for the weekend. “Nothing went to plan at all. Everything was so unprofessional,” he said.

When Sax heard of Jira Models, he was sceptical. “My mum told me I should go, to be honest, I had no interest in doing it whatsoever. I just thought it was going to be the same kind of thing.

“But when I rocked up, they actually seemed interested and everything. I’m happy I did go down.”

Perina says the controversy caused upset in the community and made casting through regional Australia difficult at first.

“We had to tweak our advertising and really emphasise every casting that we went to that we weren’t associated with that brand and our business structure is completely different,” she said. But she warned:

“I’m 100 per cent sure this will happen again in the future.”

In the meantime, Perina hopes her agency will inspire young Indigenous people to get involved in the fashion industry. She also hopes to promote Indigenous employment in various areas of the industry including photographers, videographers, make-up artists, hair stylists “so it’s not just designers and models”.

In ten years, she hopes there will be no need for her agency to exist.

“I hope [Indigenous] people are confident enough that they will approach other model agencies around Melbourne or Sydney and have that door open up for them.”

This article was co-published with SBS Online. 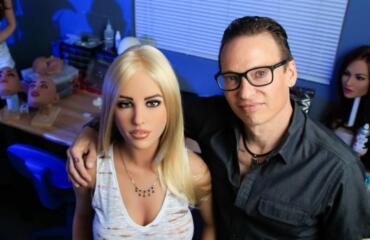