Five days after the life of Eurydice Dixon was horrendously cut short as she walked home through a Carlton park, thousands gathered to reclaim the site and the night. In silence, under black clouds, Charlotte Grieve joined them. 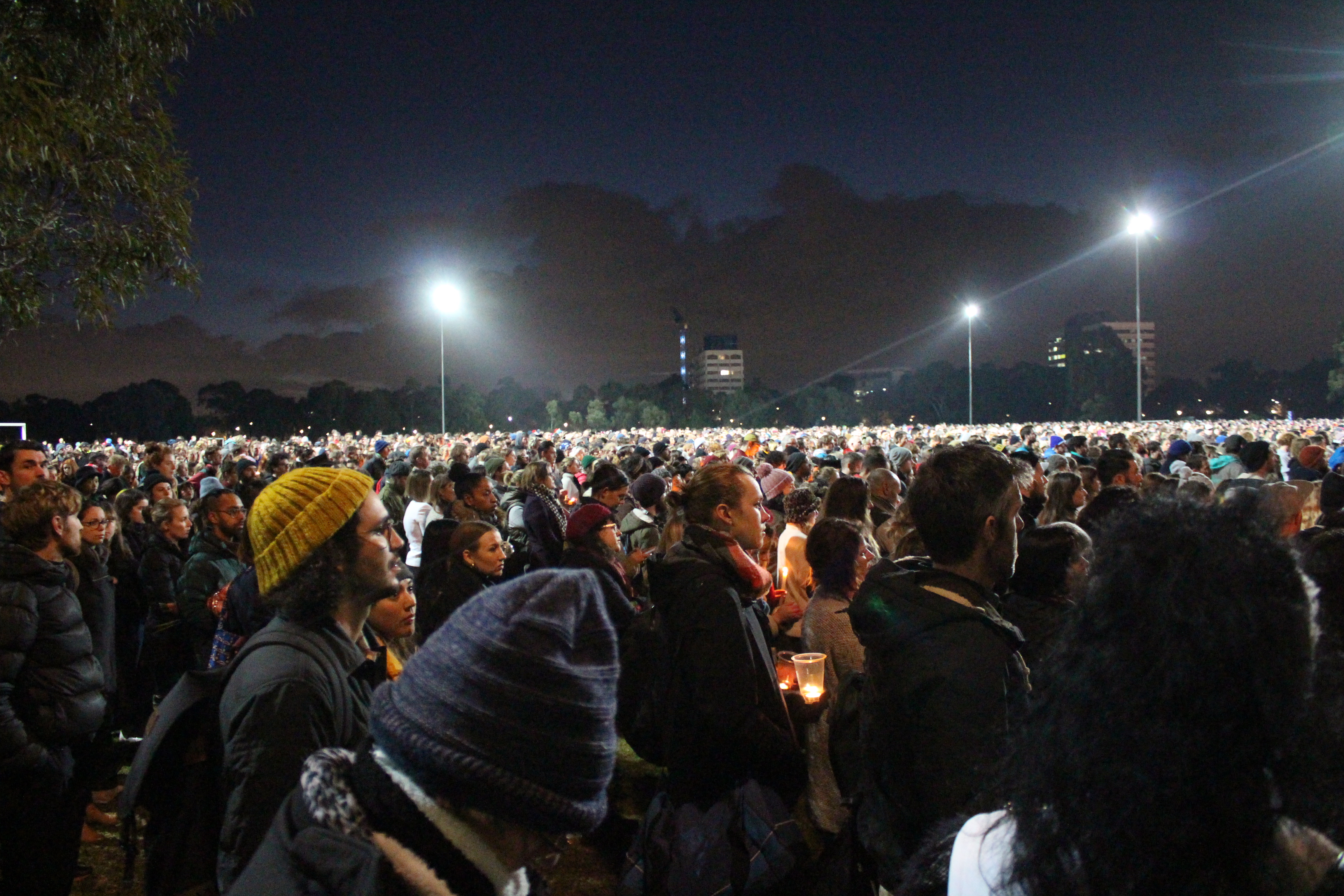 Over 15,000 mourners gather in a silent vigil for Eurydice Dixon at the scene of her death in Princes Park. Photo: Charlotte Grieve

While many in Melbourne were asleep in the early hours of last Wednesday morning, a young woman was found face down on a playing field in Princes Park, a short walk from the University of Melbourne. Attempts to revive her failed. Eurydice Dixon, 22, a comedian heading home from a gig in the city, had texted her friend to say she was almost “home  safe” before she was allegedly attacked, raped and left to die. A 19 year old man has been charged.

Eurydice is the 31st woman murdered in Australia this year. Her death, at the hands of an attacker police say was not known to her, has sounded loud across the country, amplifying community concern about male violence and attitudes toward women. There’s been backlash over the initial police response, which urged women to be cautious and raise their “situational awareness”, with many commentators objecting that this shifted blame for male violence onto women victims.

But in Prince Park on Monday night, there was silence. Vigils were held in every state to remember Eurydice and “reclaim” the night. “I drove three hours to get here today with my son. It’s an issue that I’m deeply passionate about,” Sonia with her son, Helix. “I used to ride my bike through here after work at the Royal Women’s Hospital. Now I’ve changed the route,” Melissa (left) holds a candle with friend, Carmen. “I double checked my door was locked last night. I never do that,” Elizabeth (right). “This is unfair, it could have been any of us,” Alison, (left). “Claire (left) goes to Princes Hill … This has really got into me,” says Jody (middle) standing in between Claire (right) and (Lois). “We all work at the triple 000 hotline. We hear this kind of stuff, violence, every day, but this one has really hit hard. It’s so relatable,” says Gracie (left) with her co-workers Jayde (centre) and Shelby (right). Flowers and handwritten letters were laid in circle. At 6pm, the lights were turned off. Stillness and silence pervaded as candles challenged the backdrop of the city lights. Men and women stood together after a week of debating gendered violence and a woman’s right to feel safe. “It could have been any of us,” Alison.