When the big men fly – and we’re talking high – what’s the dope?

A month out from kicking off the AFL season, the issue of drugs in sport is in the spotlight again. Matt Santini reports on the grey areas between recreational and performance enhancing drugs in elite sport. 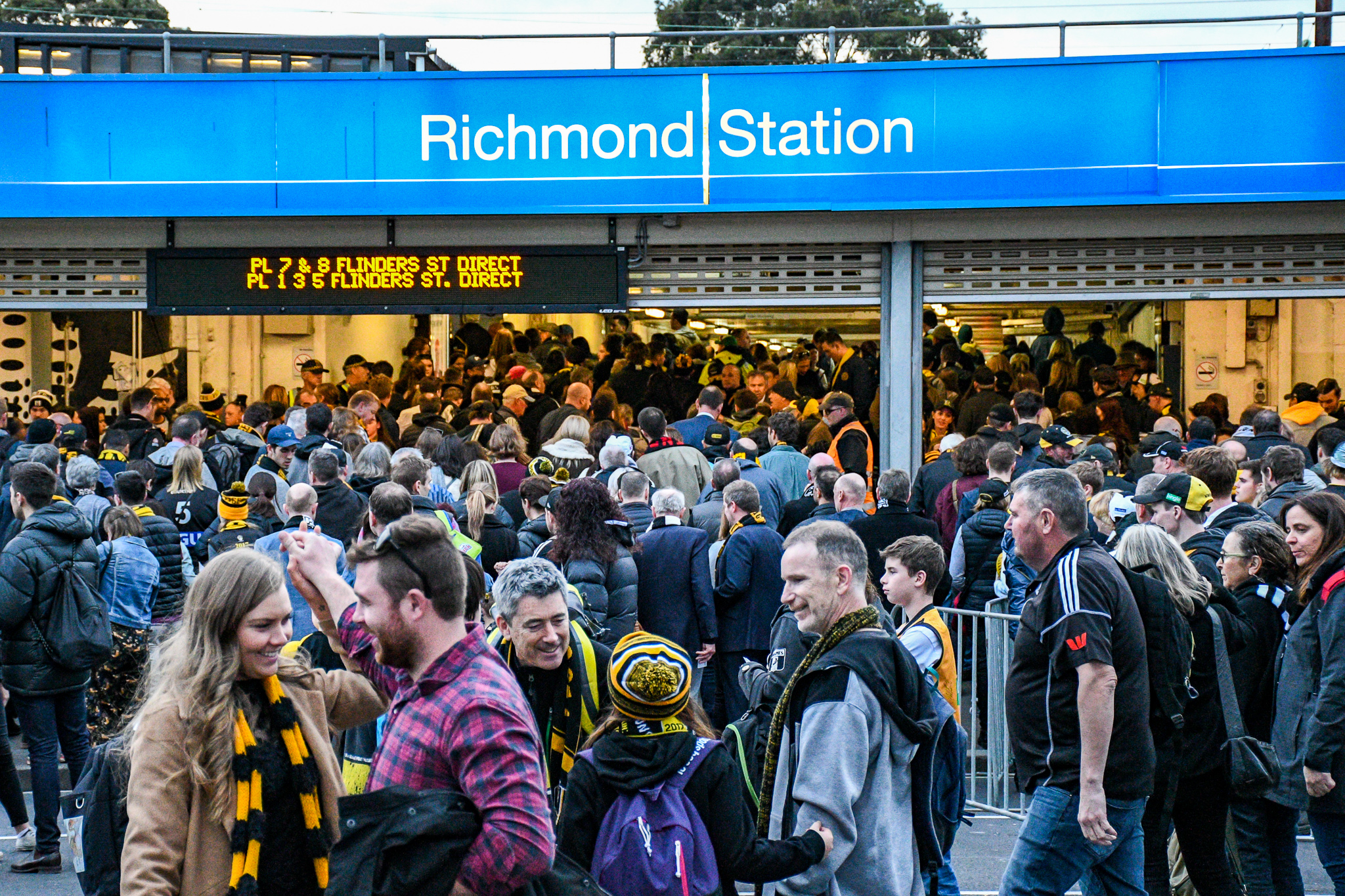 As AFL players get down to the business of a new season, questions around what they might have been up to in the off season, and how the league manages illicit drug use during competition, are again making headlines.

This morning St Kilda legend Nick Riewoldt bought into the issue, saying on radio that recreational drug use by players was “out of control”. The league has announced that it is embarking on an overhaul of its illicit drugs policy, which has been criticised recently by Bulldogs president Peter Gordon and Hawthorn president Jeff Kennett. 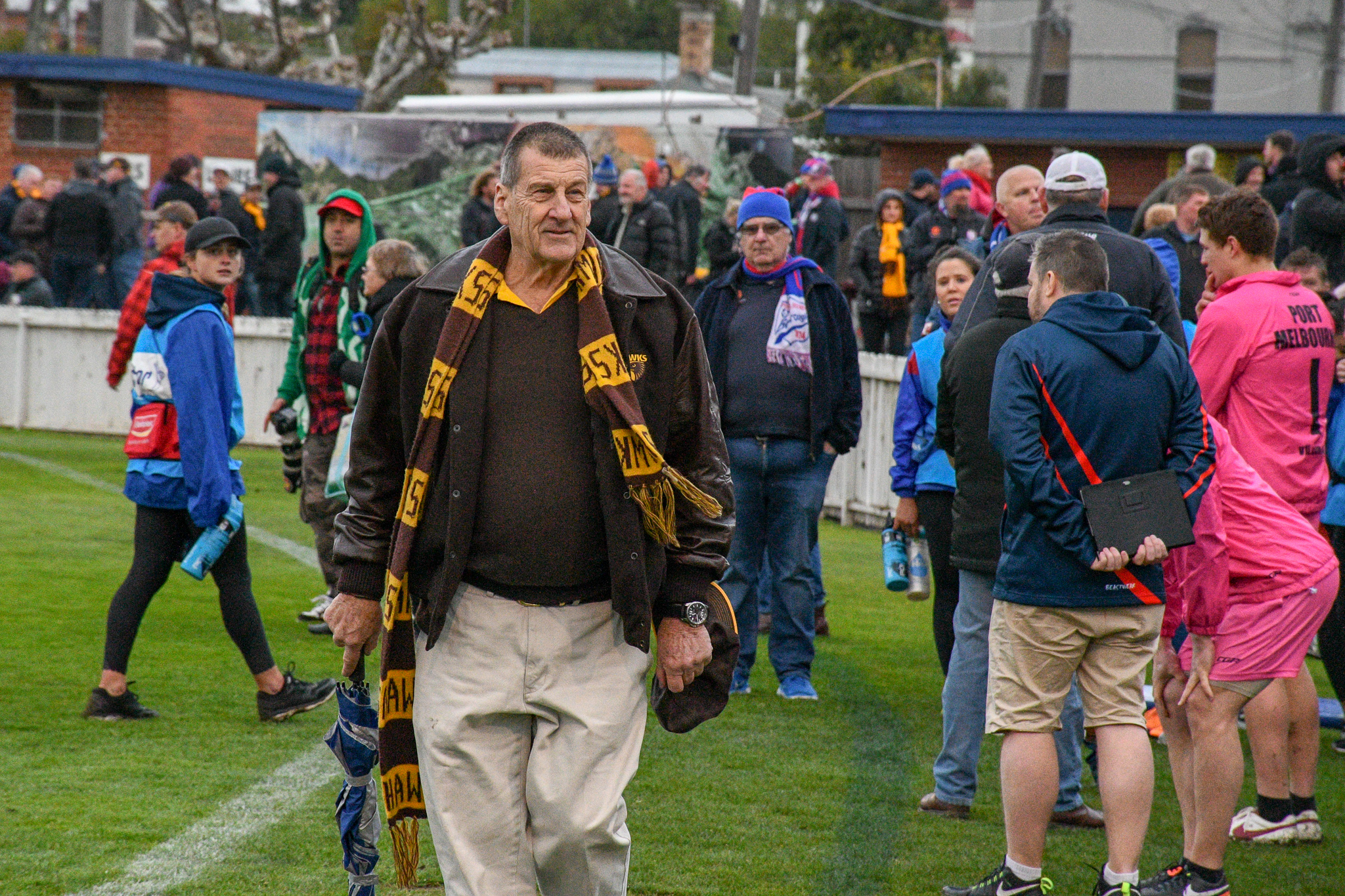 Hawthorn President Jeff Kennett has been one of the most notable critics of the AFL’s illicit drugs policy.

Sporting codes and their governing bodies the world over continue to struggle with a range of questions around illicit drug use. They recognise there is a clear cross-over between substances of the recreational variety, and those which are designed to give players an edge in performance. Many of the same drugs the AFL looks for in the out-of-competition tests that are conducted under its illicit drugs policy are also banned from use during competition. Then there is the contentious question of how to deal with individuals within teams who are found to be using performance enhancing substances.

The World Anti-Doping Agency (WADA) sets out a ‘Prohibited List’ each year outlining banned substances and practices which run the gamut from performance enhancing to party drugs. Included are anabolic steroids and peptide hormones that promote muscle growth and recovery, alongside stimulants and narcotics such as cocaine, methamphetamine and heroin.

Any individual with a banned illicit drug in their system during competition could be wiped out for up to four years. But in select sports, such as a relay event at the Olympic Games, an entire team will be disqualified if an individual is found to have offended.

This begs a question that is rarely asked in regard to mainstream team sports. What is the threshold for the ratio of players in a team who test positive to a performance enhancer on match-day to force a forfeit?

Based on the WADA Code – the document that provides the framework for anti-doping policies and regulations – substances must satisfy at least two of three criterion in order to be considered performance enhancing:

1 -It has the potential to enhance, or enhances, sporting performance
2 – It represents an actual or potential health risk to the athlete
3 – It violates the spirit of sport

Cocaine falls within these definitions, being harmful and having the potential to give users a distinct cognitive and physical advantage in sport, particularly among those who have developed a tolerance, explains Florey Institute neuroscientist Dr Jee Hyun Kim.

The use of cocaine among young Australians is at its highest level ever recorded, according to a report by the National Drug and Alcohol Research Centre. Sixty per cent of participants said they had taken cocaine in the last six months, compared to 48 per cent in 2017.

“Cocaine can facilitate reaction time to visual tasks, increase energy, reduce fatigue among dependant users and it can even improve decision-making and hand-eye coordination which are critical in most sports,” Dr Kim says.

During August of the 2018 AFL season, Sam Murray from the Collingwood Football Club recorded a positive A sample test positive to cocaine on match-day, when the drug is deemed performance enhancing. His B sample results are yet to be released.

Little to no discussion has centred on potential team benefits, and whether Collingwood should be punished as a collective if one of its players is found to have had an unfair advantage. 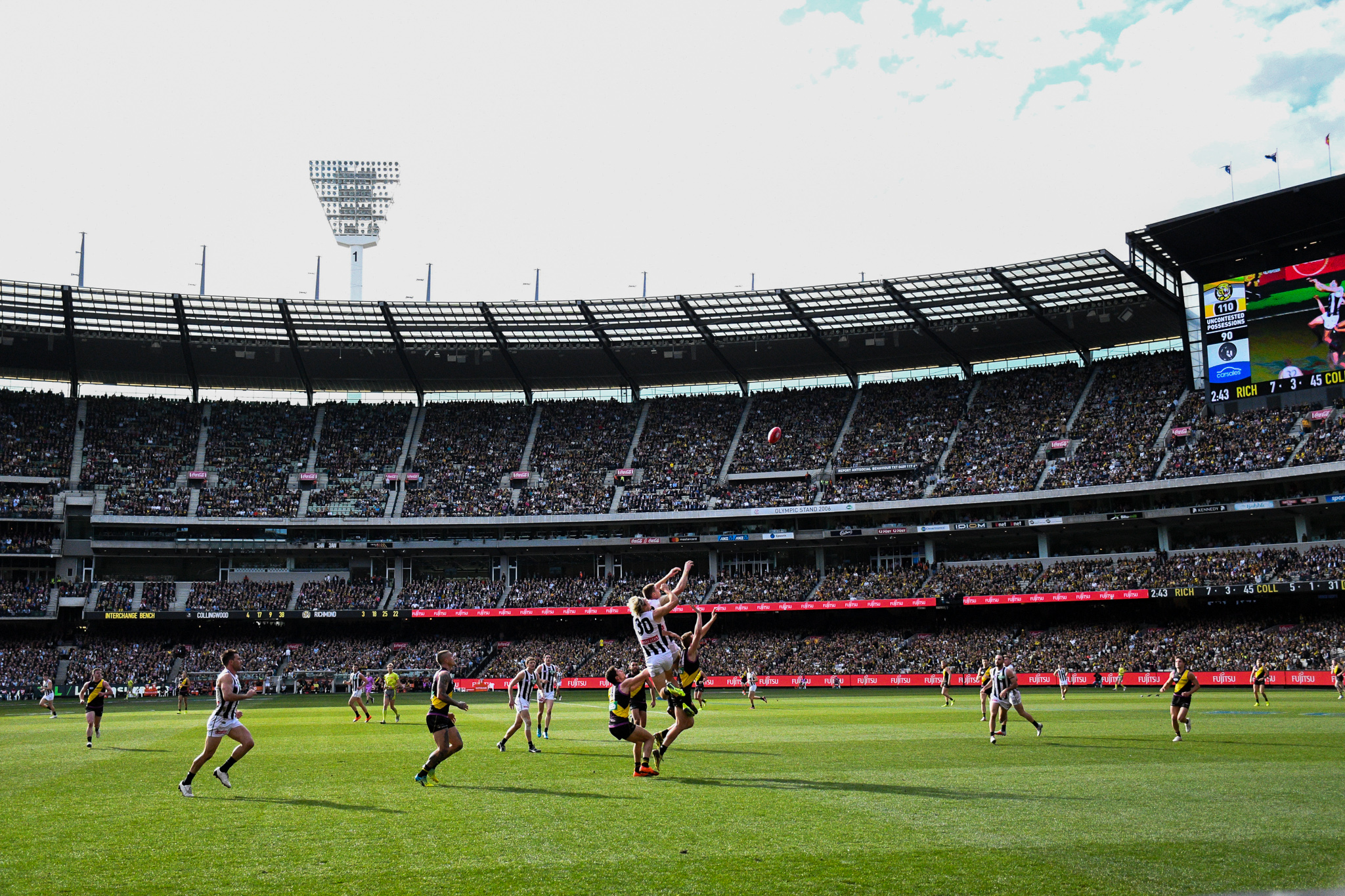 An absence of debate surrounding whether the team might benefit and should therefore take a collective hit was also evident last year in the United Kingdom’s Rugby Football League, after Wakefield’s Adam Walker had a urine sample test positive to cocaine while competing. Walker is currently serving a 20 month ban.

Section 11.2 of the WADA Code may provide the reason for this lack of noise. WADA draws the line at three or more players testing positive in a team sport – where substitutions are allowed during play – throughout a single season before leagues have the power to impose a sanction such as a loss of points.

But WADA also leaves it up to the individual sporting leagues to alter this level and decide consequences for teams.

While the latitude for adaptation aims to create fairness, a comparison of two Australian sporting codes – the AFL and the National Basketball League (NBL) – signals inconsistencies.

The AFL Commission can implement collective sanctions when two or more players at a club are found to have committed an anti-doping violation during a single season, under the AFL Anti-Doping Code.

The NBL, on the other hand, mirrors the WADA Code and gives scope for team penalties when three or more players are found to have infringed its Anti-Doping Policy.

AFL teams consist of 22 players including four on the bench, while basketball has five players on the court and six subs. The comparative impact of one basketball player compared to a footballer is vast, yet the team implications aren’t as strict.

Anti-doping policy analyst, Mr Hayden Opie, says the AFL may be particularly wary of banned substances and practices due to the Essendon Football Club saga.

“One player with a stimulant in their system out of 22 probably wouldn’t make a great deal of difference, but if it’s a star player or they kick ten goals in a grand final maybe another conversation will be had,” Mr Opie says.

“The more black and white you try and make these policies, the more likely you are to get individual cases that need to be treated differently. Nothing is ever completely satisfactory.”

The issue is complicated further by the fact that evidence often doesn’t emerge until well after the doping occurs. Evidence about Essendon’s 2012 supplements program didn’t emerge until 2013, at which point they were found guilty of poor governance and pulled from that season’s finals. They escaped retrospective sanctions on their 2012 result, largely because they finished 11th. But it wasn’t until 2016 that 34 Essendon players were finally found guilty of taking a banned peptide, Thymosin beta-4.

Cocaine and other illicit substances that are not banned “out-of-competition” under the WADA Code, provide another set of challenges for administrators. Cocaine is prohibited ‘in-competition’ – during a season or event. This is because the drug provides a temporary “high” for around six hours and is highly unlikely to enhance performance if consumed in the offseason or at least three days prior to competing, Dr Kim says.

The AFL is one of the few leagues in the world to also adopt an illicit drugs policy – albeit unreleased to the public – banning drugs like cocaine year-round, Mr Opie says. This policy was adjusted in 2016, players are now named after a second strike instead of their third transgression.

Other consequences include counselling, target testing and a $5000 fine after the first strike, a four-match suspension following a second strike and a 12-match ban for a third offence.

The AFL says it understands the deeper societal issues around substance abuse and has implemented a medical approach to “place the necessary support” around players who test positive.

WADA’s 2019 List of Prohibited Substances and Methods was published in late September and still includes stimulants like cocaine. The updated register is set to take effect on January 1, 2019. 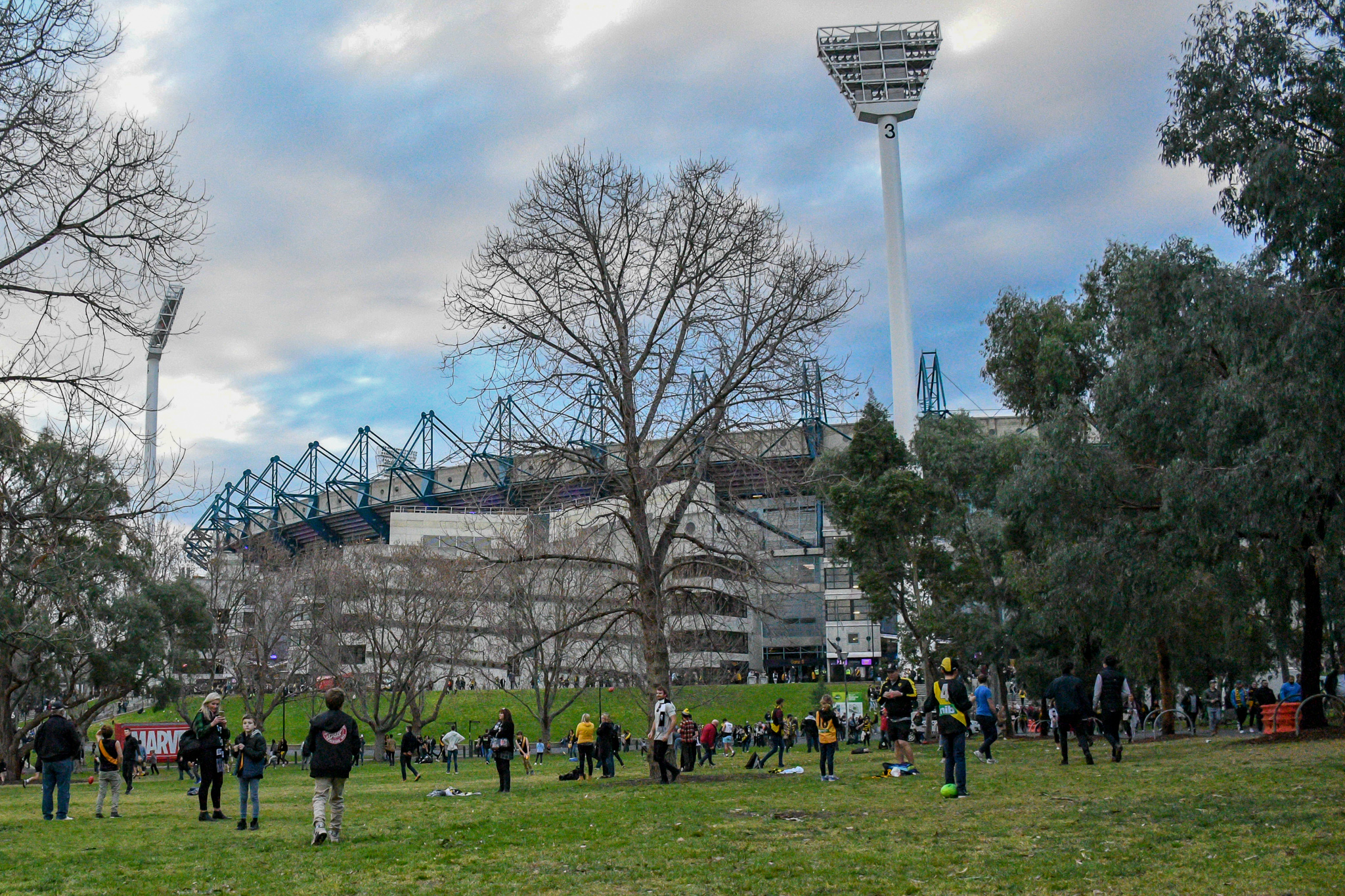 Fans engage in kick to kick in Yarra Park outside the MCG after the Round 19 clash between Richmond and Collingwood. Photo: Jack Banister. 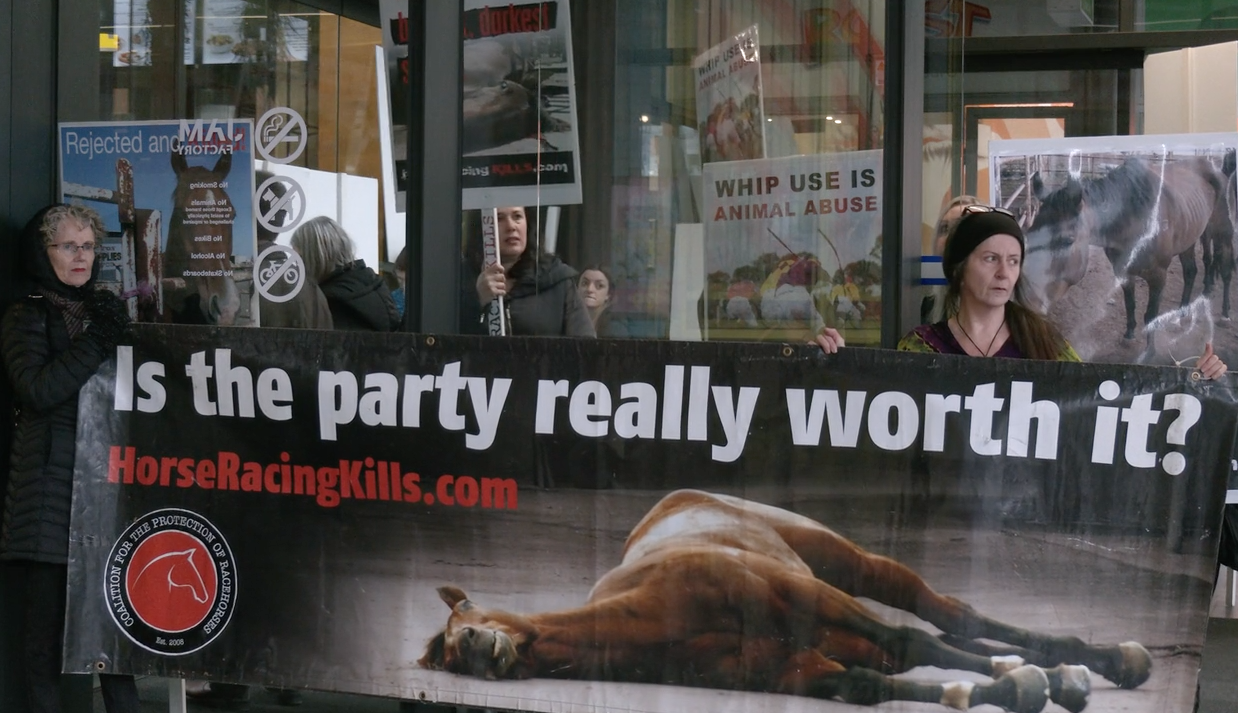 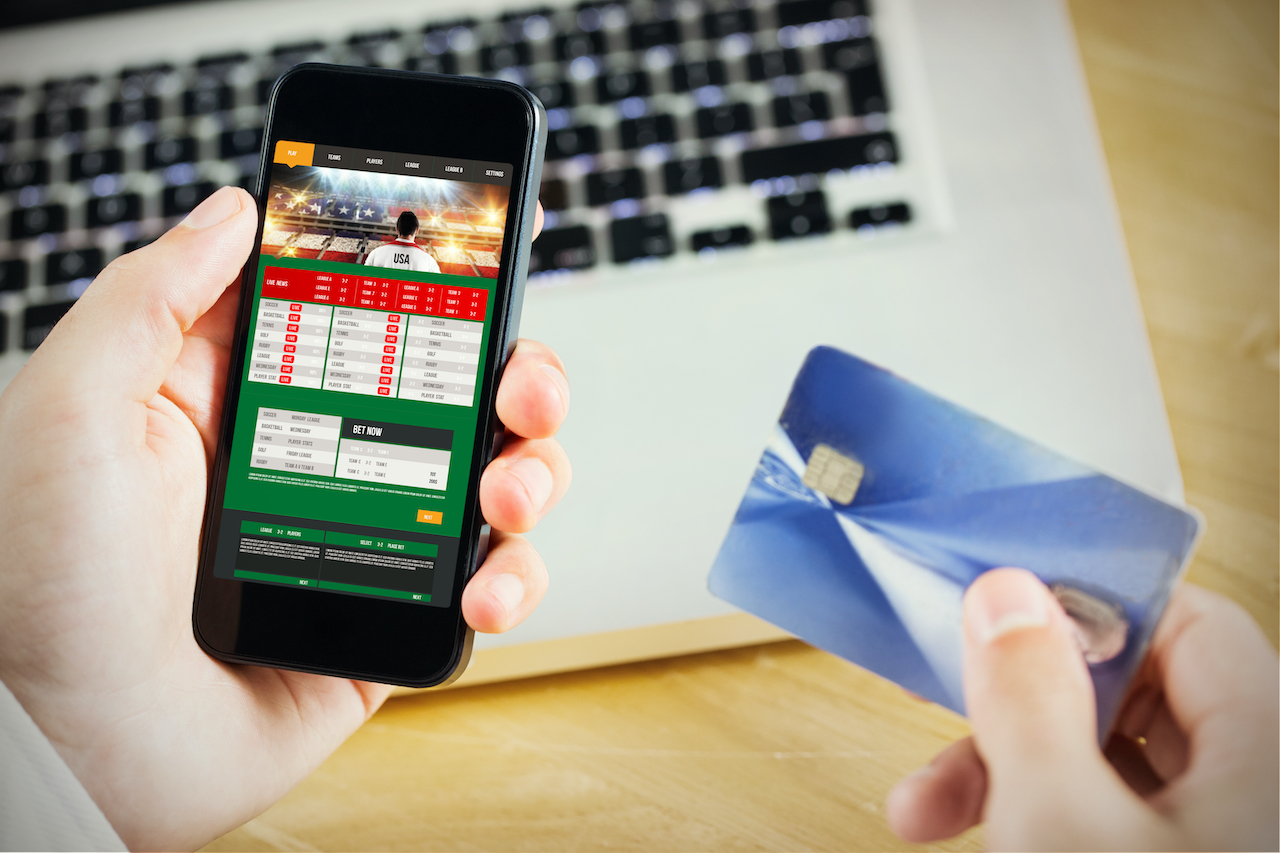 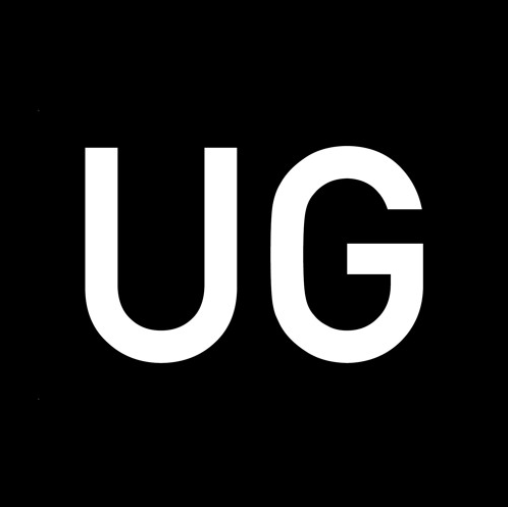