A Boxing Day slog, but not of the Twenty20 sort

The Swami Army enjoyed the sun and India’s batting on Boxing Day, but the cricket was far from memorable on another lifeless MCG pitch, writes Jack Banister. 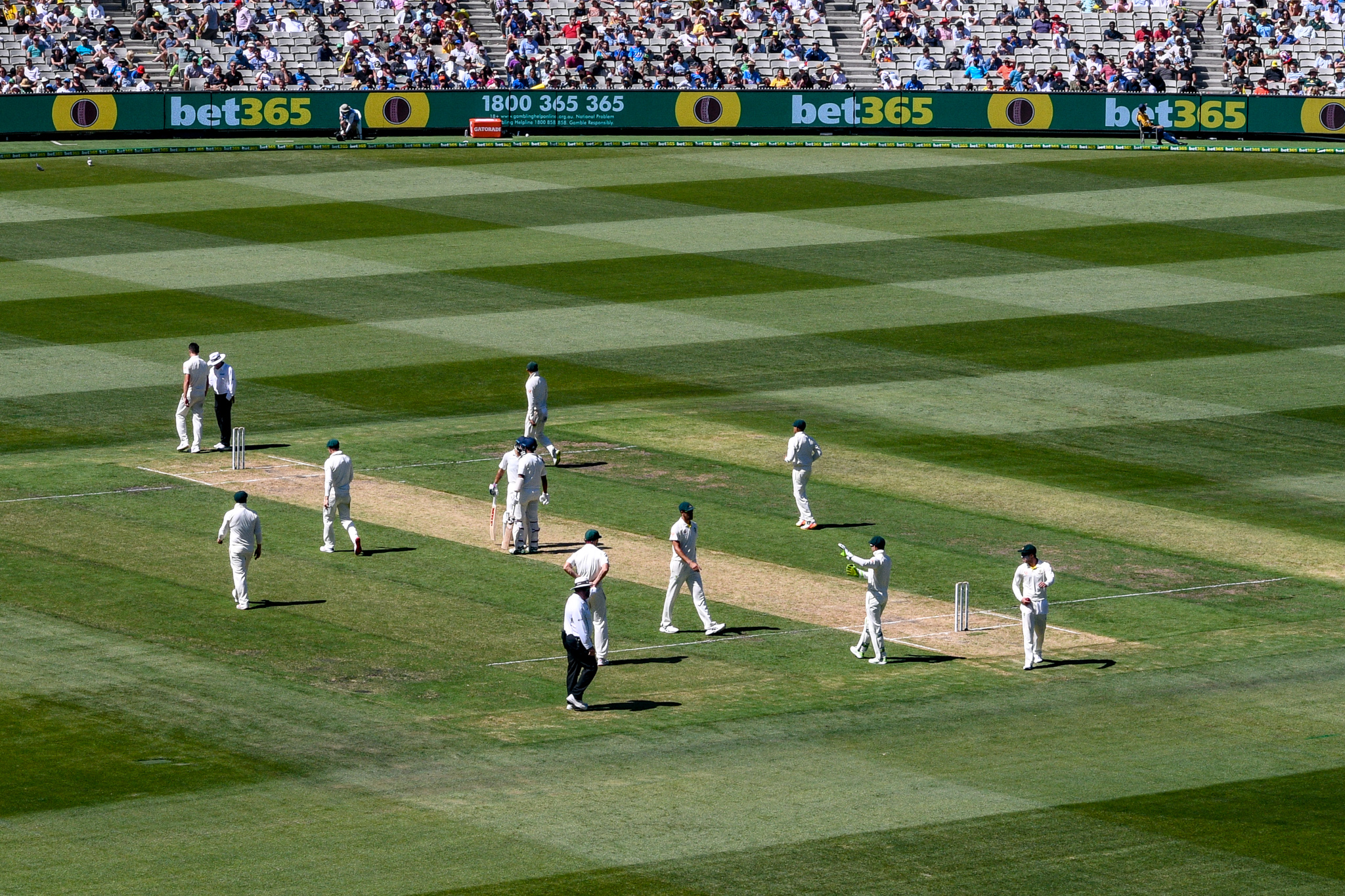 It took all of seven overs for Tim Paine to turn to Nathan Lyon on Boxing Day morning.

As the statistical wizards from CricViz quickly tweeted, it was the earliest a spinner has bowled in an MCG Test match since ball-by-ball records began. It was so early, in fact, that the crowd, still settling in, was barely able to muster a real cry of “nice, Garry” when he bowled his third ball.

The pitch, of course, was flat. Or, as extravagant Victorian all-rounder Glenn Maxwell called it on Twitter, “Fllllllllllllaaaaaaaattttttt…”.

In the grandstands and bars, people made similarly laconic declarations, with beers in hand rather than phones.

To make sure no one missed the point, India’s debutant opening batsman Mayank Agarwal duly dispatched Lyon’s sixth ball to the cover boundary. The grace of the stroke was such that a look at the scoreboard was a necessity, just to confirm it was Agarwal, not Virat Kohli, out in the middle.

As the ball reached the fence, it also reached the sea of blue Indian shirts and flags beyond. The shot surely soothed their nerves. The pre-game talk was of a team unsettled. India rolled out a new opening pair, with Agarwal appearing from the tunnel to bat with Hanuma Vihari, who was promoted to open because of the form, or lack thereof, of Kahul Rahul and Murali Vijay, and because of wonder kid Prithvi Shaw’s ankle.

There was nothing unsettled about Agarwal, but for the blow he took on the shoulder from Pat Cummins. Vihari, on the other hand, looked less sure of himself. He’d barely nudged a run in anger or taken the lacquer off the ball when he ducked into a Cummins bumper and was struck on the head in the 13th over. By the 19th, he was gone to a similar ball. Trying to evade it, he only managed to fend it with his glove to second slip.

In came Cheteshwar Pujara, who has already proven himself to be a more beautiful and more effective wall than the one Donald Trump is planning to erect. By 12:15pm and with lunch in sight, the wall still stood alongside Agarwal, and Mitchell Starc was steaming in from the Member’s End trying leg theory, albeit with only a fine leg, a leg slip and a short fine leg in position.

At the break, the rest of the Indian batting order was surely salivating, not over leftover turkey, but over the prospect of batting on this deck.

They were still waiting and salivating at the tea break. Pujara and Agarwal plodded along, with only the occasional flourish. The rate was slow, and the crowd, growing bored, searched for alternate forms of amusement. The Swami Army dance in the bowels of the MCG

The Mexican Wave appeared again and again, engineered so those in the cheap seats could vigorously boo the member’s when they inevitably failed to partake.

The Swami Army, India’s support group, took to banging out Bollywood tunes. Emboldened by the ticking of the scoreboard and the fact their own side had the good grace to be batting, they rapturously applauded every run. They were finally silenced when Cummins had Agarwal caught behind for a well-made 76, and as the tea interval was duly taken, a chant of “Aussie, Aussie, Aussie” temporarily took over.

At the resumption, the bars emptied. Virat Kohli, a price of admission player, has that power over the masses. Cummins, with whom Kohli has memorably duelled all summer, to this point had been the pick of the Australian bowlers.

From 2/123 at tea, India plodded on, reaching 2/193 by the time the second new ball became available. One slightly inebriated voice in the outer summed up the period succinctly: “Nothing has effing happened!”

He didn’t have it quite right. The Australians momentarily surrendered all reasonable judgement, making something out of the nothing by reviewing an LBW shout against Kohli. The ball would scarcely have hit him inside the line if Lyon had been bowling at five stumps.

The second new ball did, finally, bring new life to the affair. The slow clapping resumed. Those left at the ground drew their eyes up from their phones.

The first ball of the 87th over, bowled by Mitchell Starc, resulted in a rejected LBW appeal. The second resulted in a dropped catch.

Tim Paine, diving forward and to his right, grassed a tough chance finally given by Kohli from an unnecessary flash wide of his off-stump. This was precisely the sort of chance Paine is in the side to gobble up. As if to further his embarrassment, the very next ball inexplicably reared off the pitch and over his head for four byes. Another two appeals were turned down, and suddenly, a wicket looked not just plausible, but likely.

It didn’t arrive. India finished the day 2/215. Kohli and Pujara, although unnerved by the final fracas, remained unbeaten, the former on 47, the latter on 68.

The day was true slog, and not in a Twenty20 sort of way. While the Swami Army left the MCG exuberant, the rest left dismayed by the pitch.

If, year on year, this is the type of wicket the MCG dishes up, even the hungriest Swami Army members might lose their appetite for the Boxing Day Test.