Over this strangest of footy seasons, if you’ve had a sneaking suspicion that the bookies are working hard to part you from your money, you’d be right. And it’s worked. Online gambling is thriving at a time when many punters can least afford it. Dane Heverin reports.

On Saturday night, the climax of  the extraordinary 2020 coronavirus season, 4.283 million viewers tuned in to witness the AFL grand final. The audience over the finals series, including the Brownlow medal, amounted to some 15 million viewers nationwide across broadcasters Channel 7 and Fox Footy.

And there was no way any one of those viewers could have missed the pitch by bookmakers to wager a little something on the game. Footy fans were exposed to an average of 10 gambling advertisements on the LED screens surrounding the grounds in the course of each game, plus two gambling promotions at half-time.

Meanwhile, betting agencies have been busy online running out reams of social media advertisements to footy fans in the lead up to the finals matches and the Brownlow event. If sports fans suspected that efforts to encourage them to place a wager on games have gone up a notch, they would be right.

Sportsbet has ramped up its sales and marketing by 10 per cent this year, according to its parent company’s latest financial report. As of June, despite a crash in sports betting through February and March as the pandemic shut down competitions, punters threw their bets into racing. With the recovery of sports betting since competition resumed, and sustained action on the racing front, Sportsbet recorded a whopping $195 million operating profit for the first half of the year, a 108 per cent increase on the same period the previous year.

The amount staked by punters rose 18 per cent to $8.8 billion in the half. The results also revealed Sportsbet’s active customers in Australia rose 13 per cent to 688,000.

While the companies trumpeted the windfall, it confirmed the worst fears of anti-gambling advocates in Australia.

As the pandemic hits the economy and households hard, “there’s no doubt we have a widespread problem”, independent MP and long-time anti-gambling crusader, Andrew Wilkie, told The Citizen.

The gambling industry’s strategy of targeting young men combined with the pandemic restrictions have created “the perfect storm”, says Margaret Quixley, campaigns director at the Alliance for Gambling Reform, who is urging tighter restrictions on the use of credit cards for betting.

The latest published tracking of the COVID-19 economic impact by economic consultancy Alpha Beta and credit bureau Illion indicated a 67 per cent increase in online gambling in the week to 11 October compared to a normal week. The Alpha Beta analysis has also identified that 11 per cent of early superannuation withdrawals went to gambling.

Back in June, a NAB analysis of consumer transaction data showed Australians were spending 62.7 per cent more on gambling than they did this time last year.

Gambling has been an increasing albeit controversial feature of the sporting world for the past decade, with the use of smartphones facilitating an influx in sports betting apps, and it’s showing no signs of easing despite the hit to many households as the pandemic rages.

While player protection mechanisms like taking a break and exclusion measures, together with the Victorian Government’s responsible advertising campaign “Love the Game, Not the Odds” appear to have had some success dissuading new gamblers, there are “very concerning” indications that existing gamblers are wagering and losing significantly more, says Tony Phillips of the Victorian Responsible Gambling Foundation.

A number of surveys have also found that “a small percentage of those who already experience a lot of harm from their gambling have actually been gambling more”, says Phillips. “Logically this suggests, combined with the increased losses being reported, that among a group that already experiences a lot of harm, that harm is being intensified under the emergency.

“They are betting more, probably much more.”

Sportsbet has ramped up its sales and marketing by 10 per cent this year, according to its parent company’s latest financial report. The investment is highly visible in the displays on the grounds during competition, and online and other advertising.

Young men in lockdown are tuning into see who kicks the first goal, how many disposals a player has and other betting-related elements of the game rather than supporting a team, says longtime anti-gambling campaigner, Reverend Tim Costello.

This reflects the strategies gambling companies enlist to make profits, like advertising bonus bets and money back offers to “brainwash young men”, fundamentally altering the way they engage with sport.

“They are watching the game through the lens of their punting.”

The ease with which this demographic and other gamblers access gambling funds, which has been a longtime concern of anti-gambling advocates, has become more urgent in the context of pandemic job losses.

The 2018 Banking Royal Commission provided a glimpse of the landscape, including a case where the Commonwealth Bank offered credit card limit increases to a young man deep in credit card debt after he admitted he had a gambling problem.

“The banks are easily able to identify excessive credit card use for gambling,” says Wilkie.

“There’s no good reason why they couldn’t use that information to protect consumers.”

In the UK, gamblers are restricted from using credit cards for online gambling, but in Australia credit cards are only prohibited from poker machines. This facility underwrites some of the massive profits foreign-owned bookmakers have reported from takings in Australia during the COVID crisis.

This “loophole” in the Australian system needs to be plugged, argues Margaret Quixley.

The Federal Government has made moves to block illegal, offshore gambling websites in recent years because Australians who place bets on these sites and win find it difficult to collect their winnings. But, it “has not done enough” on access to credit and gambling advertising, says Quixley.

In response to complaints from anti-gambling groups concerned about the exposure to children, gambling advertisements during live sport broadcasts between 5am and 8:30pm were banned in 2018.

Live odds cannot be advertised or promoted from within 30 minutes of a game beginning except for horse and greyhound races.

But these measures are “a Band-Aid on the fundamental problem” that gambling advertising runs during G-rated television programs, says Wilkie.

He’s long been lobbying for an inquiry into gambling in Australia. But there is “zero interest”, he says, because “both major parties are significant beneficiaries of political donations from the gambling industry” and the state governments “benefit from the taxes on gambling”.

Presently, when an Australian online gambler reaches their daily limit with one betting company, they can freely move onto another company’s app to continue betting.

Once a gambler hits their daily limit, they need to be locked out of all the apps on their phone and this is “technically very, very simple and inexpensive”, says Wilkie.

Attempts to reform ease of access issues have been blocked. “The industry is simply too powerful,” says Tim Costello.

Advertising revenue for companies like Foxtel have decreased by a third and gambling revenues have increased, he says.

“There’s a public attitude for change. That’s the irony of democracy.”

Sportsbet and the Australian Gaming Council did not respond to requests for comment. 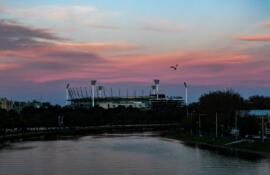 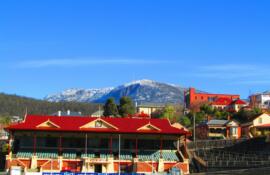 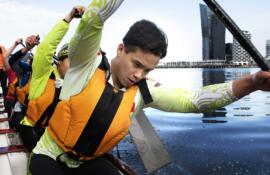