Mark Zuckerberg’s empire took a $59 billion hit this week, thanks to allegations by a pink-haired data geek which have rocked the world. What’s it all about? And what does it mean for you? Garreth Hanley explains. 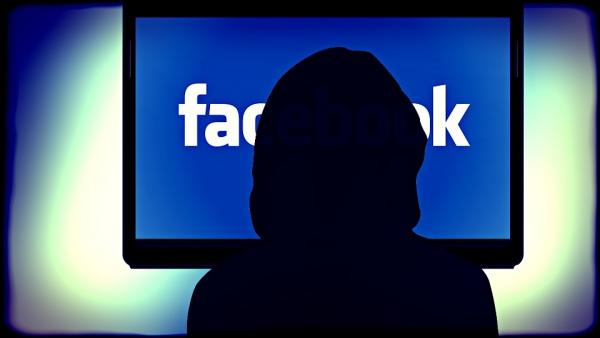 “We exploited Facebook to harvest millions of people’s profiles. And build models to exploit what we knew about them and target their inner demons.” – Christopher Wylie.

The data was collected via a third-party app, “thisisyourdigitallife”, offering a personality survey Facebook users were invited to complete. The process not only captured information about the people who completed the survey, it also mined the data of their unwitting Facebook friends.

A UK researcher, Aleksandr Kogan, got approval from Facebook to survey around 270,000 people who all received a small payment for completing some questions. By filling out this somewhat Trojan survey, those people allowed the researcher to access data Facebook had stored about them along with the data of all the people in their friends list.

The data was reportedly then used to build psychological profiles of users which were enlisted in trying to influence votes in the 2016 US presidential election and the Brexit vote in the UK.

On March 20, UK’s Channel 4 broadcast secretly recorded meetings in which Cambridge Analytica managers boasted that they wield extraordinary power with the use of data and other covert actions to influence elections. Their claims included that they had set up in Australia. At this stage, it is unknown if the managers are con artists of the highest degree, political assassins for hire, or something in between. (The Guardian Australia has reported that the company claims it holds no data on Australian individuals and no business contacts, and it de-registered its Australian business on Monday night.)

Cambridge Analytica has rejected all claims put to them about the whistle-blower revelations by the Observer/Guardian. The researcher, Dr Kogan, said everything he did was legal and he has a “close working relationship” with Facebook, which granted him access to the data.

SO HOW DID THIS HAPPEN?

Facebook provides its 2 billion plus regular users around the world with a free, instant, vast social network. In return, the company made $US40 billion in revenue in 2017 by allowing advertisers to target its users based on their activity, profiting on its intimate insights into individual interests, locations, friends, networks, and other factors.

Most users would have by now figured that out, and when they log on, have implicitly said OK to this trade.

But the claims made by Christopher Wylie raise the spectre of a much more personally intrusive and socially and politically nefarious strategy. The profile data of individual citizens has been collected, analysed, then sold and resold for purposes beyond retail marketing. And all this may well have occurred without any breach of company policies, or the law.

In the past, when privacy concerns have spiked, Facebook and other social media companies have responded by tweaking user settings to give people more control over their data. But these revelations show that even if you secure your account, there are still instances where your personal data can be harvested without your knowledge or consent.

The UK Government and US Senate Intelligence Committee members are calling for CEO Mark Zuckerberg to personally explain to them what the company is doing with the data it collects. After five days of silence, Zuckerberg on Thursday apologised for Facebook’s “mistakes” and indicated he may be willing to testify before Congress. Facebook’s stock has plummeted, wiping $US59 billion off the company’s value.

The market has put a value on people’s privacy and delivered a lashing to Facebook for its apparently lax attitude towards the handling of user data.

In Australia, the Office of the Information and Privacy Commissioner has said it making inquiries to Facebook about how this episode may have affected Australians. The agency, our country’s senior advisor on cyber security, has signalled concerns about the issue publicly, and privacy advocates are calling for more regulation and transparency around how tech companies collect and use people’s data.

The Australian Privacy Commissioner, Timothy Pilgrim he was “aware of the reports that users’ Facebook profile information was acquired and used without authorisation”. His office was making inquiries with Facebook “to ascertain whether any personal information of Australians was involved”. He urged anyone who believed their data may have been compromised to contact the OAIC.

What effect, if any, the enterprise has had on democratic processes is the burning question. (By Thursday, The Guardian was running a story alleging Cambridge Analytica had been hired to influence the 2015 Nigerian election.) Forensic investigators will scour the data and try to work out what has happened while Facebook, Cambridge Analytica, and other big data and political consultation services, scramble to contain the damage limit to their businesses.

Investors are suddenly very cautious about the big data business model, evaluating future profitability if the currently largely self-regulated sector is subjected to tighter, enforced regulation. Mark Zuckerberg indicated that he could be open to more regulation of Facebook.

Meanwhile, watercooler chat and breakfast talkback is consumed with the question of many outraged Facebook users – to delete, or not? (And whether you ever really can check out is another story.)

Do you trust the Zuck? Many people have declared they will delete their Facebook accounts after this week’s revelations, saying the company can no longer be trusted. Lots of people say they have, or will, though Mark Zuckerberg says he hasn’t seen evidence of a “meaningful number of people” quitting his platform.

Perhaps this is because many people, while disturbed about the potential exploitation of their posts, are reluctant to abandon their conversations and connections.

Checking your account settings and connected apps can limit the access app developers have to your profile and that of your friends and family. You can check what apps are connected to your account by checking the apps section after logging into you Facebook account. (The ABC has some more tips here.)

Taking such precautions will not remove any data that may have already been collected, and hauling back information is nigh on impossible. If you’ve given third-party sites and apps access to your account, it’s there in the fine-print you likely never read that they can collect and keep it.

For many people, Facebook is much more than a place to play with your friends or keep up with family. It’s become a critical platform for many businesses – not least media companies, torn between hating its influence and relying on its reach.  It provides networks that support community and altruistic endeavours. Facebook has also been transformative in many parts of the developing world, providing everything from health information to access to agricultural markets to emergency situation updates. It facilitates exposure and activism on issues that might otherwise be hidden from sight – for instance, the posts from asylum seekers held in offshore detention centres, or from remote communities dealing with disasters, such as the February 26 earthquake in Papua New Guinea.

The echo chamber of social media is real, but the connections beyond the echo chamber are just as real and like all tools and technologies we develop, how you use it affects what you get from it.