His regulars – billionaires, politicians, citizens – wore bright colours as they gathered to farewell Sisto Malaspina. Jack Banister reports on the end of a Melbourne era. 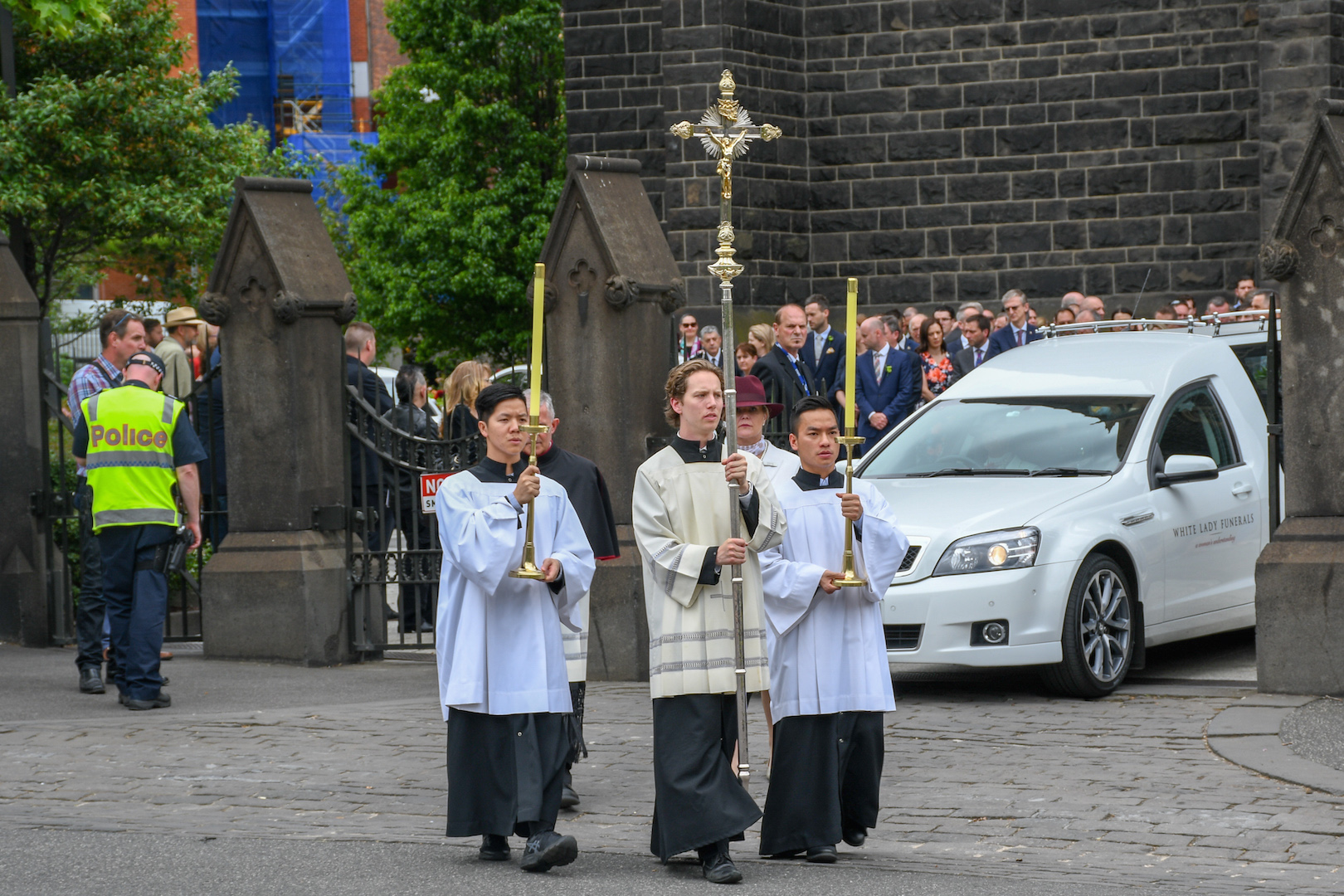 By 8.30am, there was already a small queue outside St Patrick’s Cathedral in East Melbourne, though the state funeral of much-loved restaurateur Sistilio “Sisto” Malaspina was still two hours from starting.

A hush sat over the waiting mourners like a pall, disrupted only by the ringing of the church bells, the light chatter of the birds, and the hum of Melburnians bustling towards work.

Since Sisto Malaspina was murdered on Bourke Street, in the heart of the city, on November 9, Melbourne has mourned a man whose smile became a part of its soul.

Alongside his friend and business partner, Nino Pangrazio, Sisto bought Pellegrini’s in 1974. The restaurant – originally opened in 1954, in time for the 1956 Olympic Games – became an iconic meeting point for Melbourne’s growing Italian population, and later, for the entire city.

Angelo, 65, was one of the first people to join the queue outside the cathedral. Originally from the Calabria region in southwest Italy, he emigrated in the 1960s – like Sisto, and so many other Italians.

“I was studying at RMIT in the 1970s. We’d go to Sisto’s for coffee and pasta. It was cheap. It was the place to go,” Angelo said.

“In those days, only Italians went there, and the students. It changed more in the last 10 to 15 years, and became an iconic place to go. But there’s still people who have been going there for 40 years.” 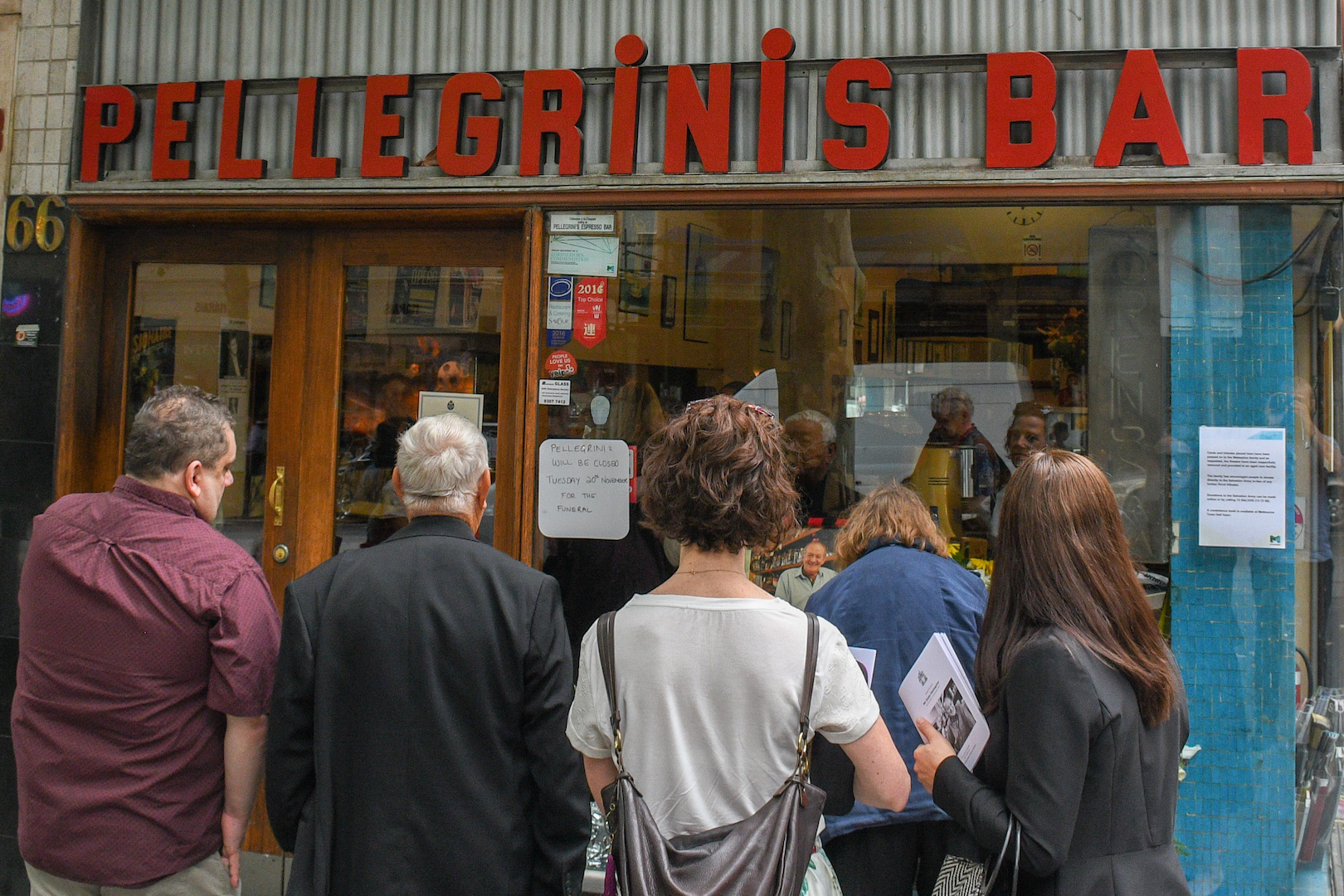 After the funeral, members of the public stop by Pellegrini’s. Photo: Jack Banister

Pellegrini’s became a place where Angelo felt at home, and Sisto, with his welcoming smile, his vibrant personality, and his perfectly made coffee, was at the core of that feeling. Angelo also saw the similarities between himself and the man who welcomed him into his restaurant for more than four decades.

“I’m from a Catholic background and there’s a resonance with him (Sisto). He was a decade older than me, but in the same generation … he’s the epitome of the one-pound boat people.”

Angelo was one of 1300 mourners from all walks of life who attended the service, alongside Victorian Premier Daniel Andrews, Victorian Opposition Leader Matthew Guy, Federal Opposition Leader Bill Shorten and former Premier Steve Bracks. The Governor of Victoria, Linda Dessau, welcomed the crowd, before sharing her own recollections of dining at Pellegrini’s during her childhood.

Many of the men wore bright cravats, silk scarves or paisley ties in spite of the humid weather, as a nod to Sisto’s colourful dress sense. For the same reason, many women wore floral dresses, or dresses in bright pinks, greens and reds.

“It’s nice to see so much colour. Dad never liked grey and black much,” he said, drawing widespread laughter from representatives of a city famous for its mournful fashion palette.

Sistilio Malaspina, he told the crowd, was the youngest of six. “And by the way – Sistilio literally translates to six. We figured his parents must’ve run out of names …” 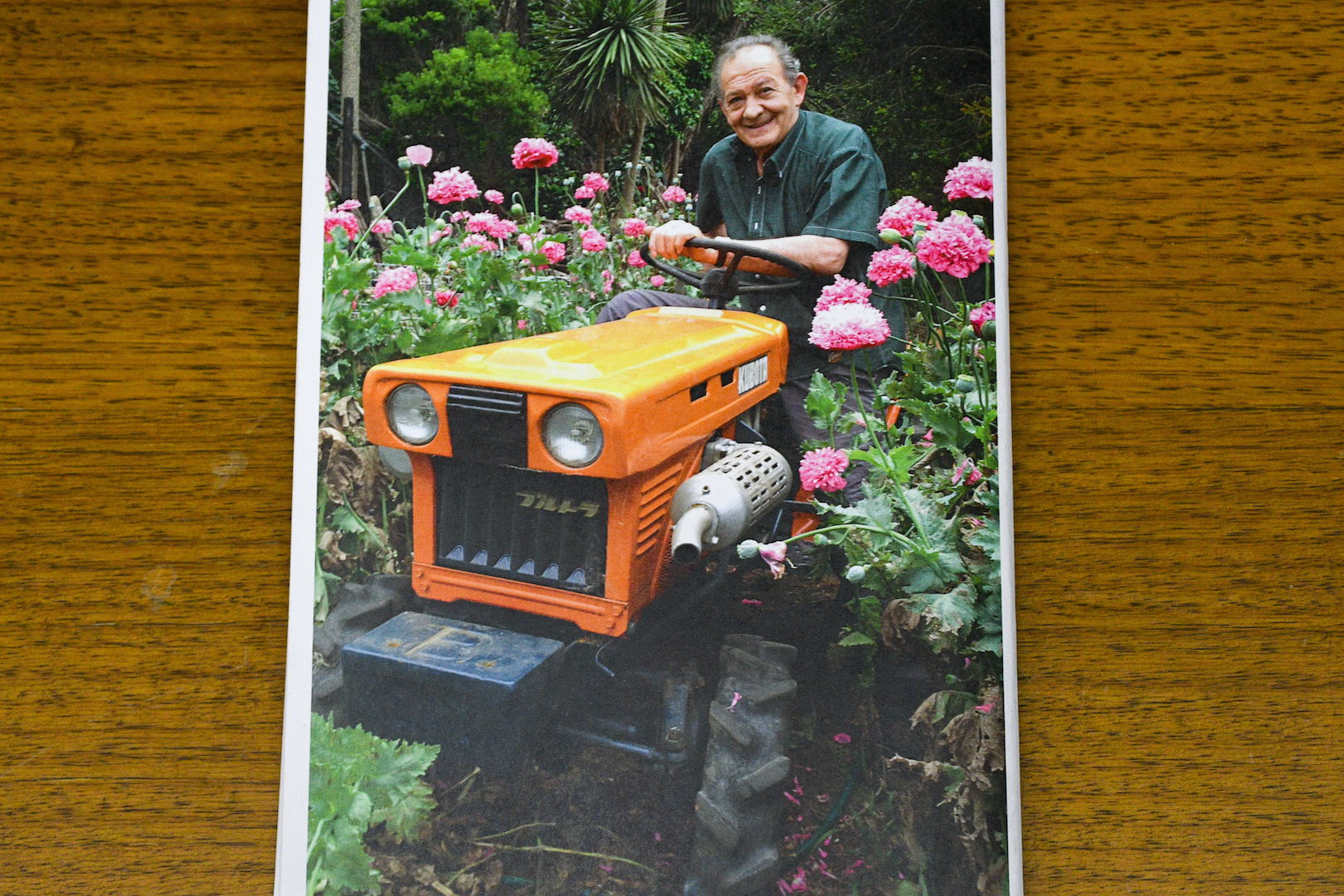 David recounted that his parents, Sisto and Vicky, had a veggie patch at the family beach house. One year, Sisto came up with an idea to help turn over the soil to grow tomatoes.

“His idea – the world’s smallest tractor,” David said, pointing the crowd to a photo at the back of the program, which shows a smiling Sisto aboard the machine.

“He was so proud of that little Kubota. So much so that once it was loaded off the trailer, Dad drove it all of 25 metres, and then ran out of room amongst Mum’s poppies. He left it there, in the middle of the flowerbed, where it remained for years,” he said.

The biggest lesson from his father, David said, was “to treat everyone equally – despite outward appearances, race, religion, or social standing”.

Trucking magnate Lindsay Fox was next to speak, declaring that Sisto and his business partner, Nino, were like “salt and pepper”. For Fox, Sisto was a dear friend, a mandolin player, and on one occasion, a piano mover. When he needed a hand moving a grand piano into the upstairs room of his new house, Fox knew there was only one duo he could ask for help.

Media buyer and entrepreneur Harold Mitchell began his eulogy in an upbeat fashion.

“David, I know your father loves colour. He’d say, “Mr Mitchell, what’s with the tie and the black suit?”

Mitchell proceeded to undo his tie and throw his suit jacket away, before replacing them with a flamboyant yellow jacket and a blue cravat.

“The yellow matches with the Archbishop,” he joked, before telling the crowd about the many diplomats and world leaders he took to Pellegrini’s, including former Prime Minister Kevin Rudd, and former U.S. President Bill Clinton.

“Sisto was the foreign minister. Pellegrini’s was the UN,” he said.

During the formal and traditional Catholic service, the crowd was asked to pray for Sisto’s friends: “May they find comfort in the knowledge that Sisto is enjoying a long black”, a nod to his favourite coffee.

Sisto’s coffin was covered by an Australian flag, and bouquets of red and white roses as it was carried from the cathedral.

Along the outer aisles, members of the public paused before leaving to watch the TV screens flicking through an album of photos of Sisto. Though the skin of his cheeks sags more and more as the years pass, the smile is always the same same, never fading.

David Malaspina said it best during his eulogy, echoing his father.