The agenda of News Corp media has itself been in the spotlight this federal election campaign. An excoriating essay by writer Richard Cooke had something to do with that. Jack Banister reports. 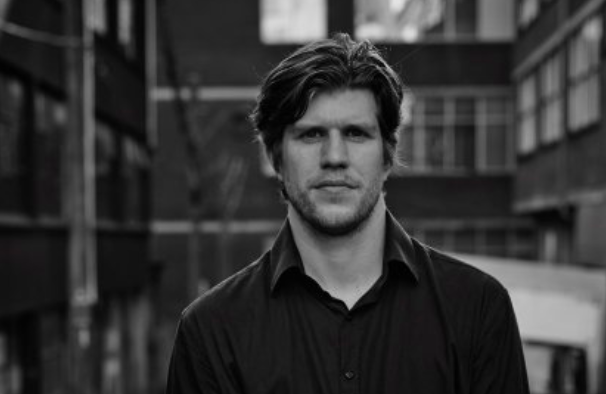 When Richard Cooke, The Monthly’s US correspondent and contributing editor, wrote that “Australia would be a better country without News [Corp]” in a scathing essay condemning Rupert Murdoch’s media empire, backlash was inevitable.

Speaking to  television personality Charlie Pickering at Readings at the State Library of Victoria last week, Cooke was philosophical about the “risk” he took in writing the essay, which appeared in the latest edition of The Monthly.

“In America, I had to buy body armour because of the level of anti-media hatred,” he told a small crowd. “I didn’t end up wearing it. But I was advised to wear it. And I had to do considerable research, in which I thought about the likelihood that I would be shot by different calibres of guns, and what I could wear and afford in the circumstances that I was working in.”

The online response to his essay was less sympathetic than the event attendees. Chip Le Grand, the chief of The Australian’s Melbourne bureau, responding on Twitter, called the essay a “nasty polemic”, which “reveals nothing beyond than the author’s jaundice”. “News Corp or affiliates are absolutely part of the reason why I had to buy that body armour,” Cooke said. “They have helped, really helped, create that set of circumstances in which reporters experience that level of risk … if you can’t sign on for some of that risk, then you probably shouldn’t be doing it [reporting] in the first place.”

Cooke’s first-hand experiences of the volatility of American politics are the subject of his new book, Tired of Winning: A Chronicle of American Decline. After visiting America before, during and after the 2016 presidential election campaign, Cooke returned for the 2018 midterms, determined to better understand events as they unfolded before him.

The result is a book that Pickering compared favourably to the Hunter S. Thompson classic, Fear and Loathing on the Campaign Trail, which followed the 1972 campaign that saw Republican President Richard Nixon re-elected.

As well as the role of News Corp and other media in political discourse, Pickering and Cooke discussed why they find American politics so intriguing, the differences between the political climates here and there, and what they’ve observed about the current federal election campaign..

Cooke called American politics “the main game”, and suggested that, for any politically engaged citizen, following along closely was a good way to stay ahead of the times in Australia.

“It’s a bit like, if you get really into sports, eventually you get into American football, because it’s the most complex. It’s the most rewarding in some ways, although it doesn’t feel like that first,” he said.

“In a lot of ways American politics is more consequential for what happens in Australia than Australian politics, especially if we wind up in Iraq or somewhere similar. We also tend to be downwind from America. So, things that happen there, you know, in five to ten years, we can be looking at the same picture.”

So why, Pickering asked, hasn’t a Trump-like figure taken over here? U.S. late night host John Oliver recently made headlines by comparing Clive Palmer to Donald Trump in front of a large, pre-Game of Thrones audience, but the most controversial figures in Australian politics come from the fringes, not the major parties.

Cooke argued that this is because “Australia has very different currents in its political environment”.

“Compulsory voting is part of it …  people, no matter how disenfranchised they are, they’re still sort of compelled to participate in the process, even begrudgingly. And trust in government is part of it. Australians like to say that they don’t trust the government, but they still trust it a lot more than Americans, especially a lot more than conservative Americans. They don’t have that same kind of ‘blow it all up’ mentality.”

He also said that we “place a lot less emphasis on decorum”, which is a “huge part of how liberals think about politics in the U.S”.

“One of the reasons that Trump drives them so crazy is this belief that behaving in an unpresidential way should automatically preclude you from the presidency … It’s almost like Elizabethan idea of what the monarch should be.”

Cooke said that this partly stems from the fact Americans can be too urgent. Comparatively, he said, Australians are too complacent.

“We’re in an election where climate change looks like becoming a crisis, and most of the media coverage has been scraping candidates’ old social media history for off-colour jokes. I mean, I think that dissonance is almost becoming like, a little bit dystopian.”

The challenge for the media, he said, was to continue to have nuanced policy-based conversations even if they won’t necessarily generate the most clicks.

“The media should be able to have sustained, boring conversations, not getting that affirmation, because that’s the whole argument for its social and democratic function. And if that’s just dumped completely, then we’re in real trouble.

“We need to eat our greens, to some extent.”