Harrowing stories of child refugees have been the focus of international headlines this week – Refugee Week in Australia. Charlotte Grieve talks to a young lawyer who fled Iraq as a girl, and a man who narrowly escaped death as a schoolboy in Sri Lanka, about life, loss and starting afresh. 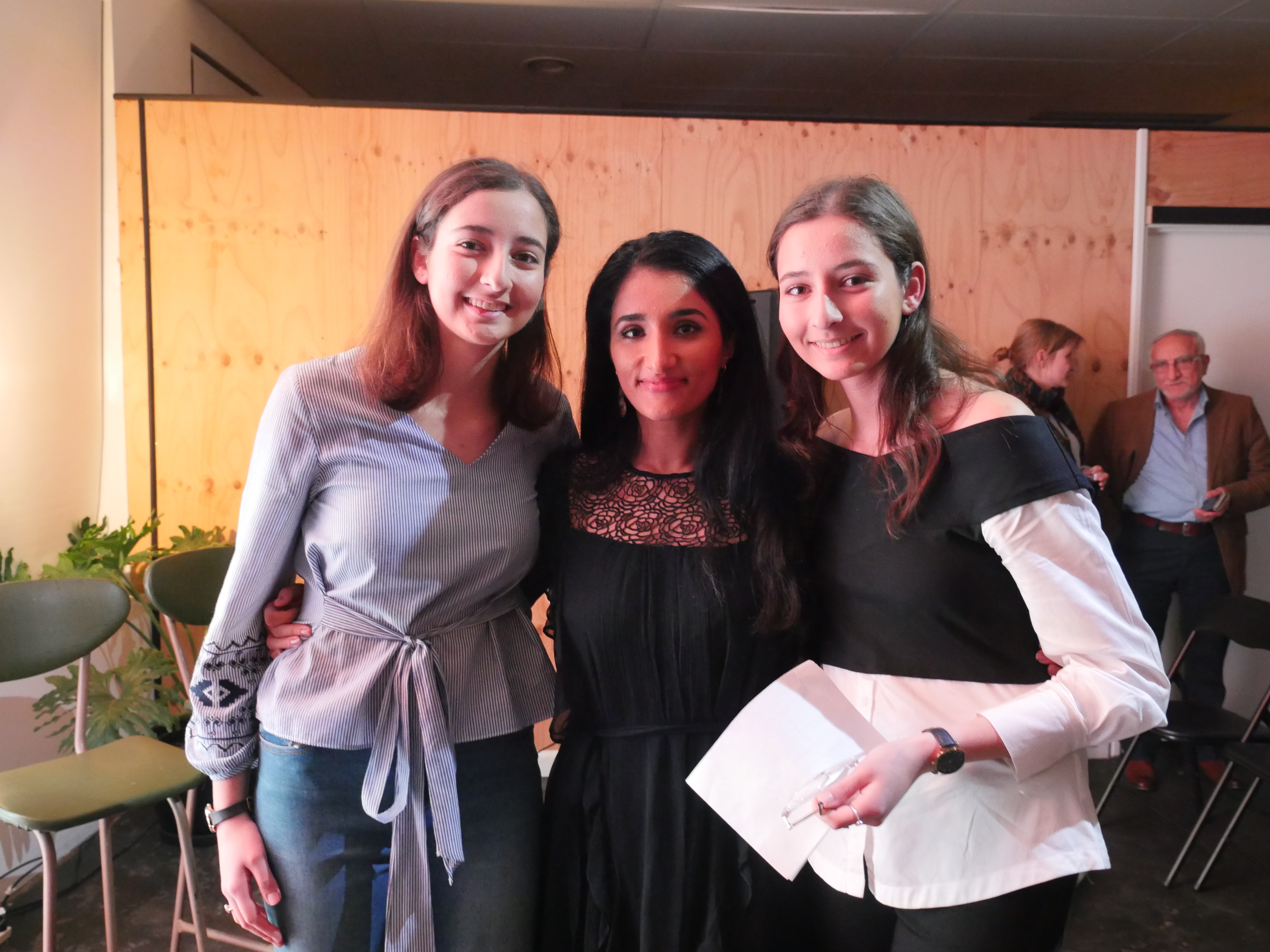 The last time Fadak Alfayadh visited Bendigo in 2013 she was told to go back to where she came from. This week, the young Iraqi lawyer has instead returned to the central Victorian city to explain why going home is, for her, never going to be an option.

Fadak is one of the headline acts of a speaking tour to “reclaim” the refugee narrative.

“‘Refugee’ has been made into a dirty word and that needs to change,” she says.

Born in Baghdad 25 years ago to a surgeon father and dentist mother, Fadak is the eldest of three sisters. She describes her early life as “comfortable” and has memories of playing soccer in their street and becoming school captain.

That life finished in 2003, when President George W. Bush deployed the US military to lead a coalition of invasion forces with a mission to remove Iraqi dictator Saddam Hussein, “to disarm Iraq, to free its people, and to defend the world from grave danger”.

Fadak’s mother had already lived through two of Iraq’s wars, with Iran and Kuwait. “She knew how to prepare,” says Fadak.

Sticky tape was placed on the windows of her home to prevent them from smashing. The sound and light of bombs became the backdrop to the family’s everyday life.

“It [bombing] feels like everything is shaking, the whole house shakes,” says Fadak.

Her father was conscripted to join Hussein’s army where Fadak says he would be forced to commit “abhorrent” acts. Without telling his family for fear of implicating them, he defected and left Iraq without saying goodbye.

Fadak remembers hearing whispers between adults saying it would get worse. She and her siblings had never before left Iraq but in the middle of the night, they packed a few belongings into a car and crossed the border into Jordan.

“We left behind everything, our friends, family photographs…I thought we would be coming back.”

They spent two months in Jordan before being offered resettlement in Melbourne’s south-eastern suburb, Dandenong. The early years were the hardest—not being able to speak the language and being teased for bringing ethnic food to school.

It took two years to become fluent in English and “lose the accent”. She has since graduated from a double degree from La Trobe University and worked in a variety of legal centres in Melbourne.

Her new campaign, “Meet Fadak”, has just launched as part of Refugee Week, to show Australians that refugees are “just like you”. At her opening show before a packed-out room in Coburg this week, Fadak lobbied for an increase in Australia’s annual refugee intake from 13,000 to 44,000.

“This number is based on an international comparison of GDP, it’s the least we could and should be doing.”

By sharing her story with audiences who “may have never met a refugee before,” she hopes to instil a sense of empathy among the community to drive a call for change. Over the next month, Fadak will visit Bendigo, Aubury, Adelaide and Sydney.

“Having us [refugees] as a scapegoat has worked for a long time and it’s time to change that.” Aran Mylvaganam escaped ethnic violence in Sri Lanka after a bomb was dropped on his school. Photo: Charandev Singh

The deep gasps and uncontrollable wails of refugee children from Central America pleading to be reunited with their families echoed around the globe this week. America’s “zero tolerance” immigration policy of splitting families at the US-Mexico border has caused public outcry and triggered President Trump’s executive order to reunite families.

Speaking on ABC TV’s The Drum this week, Melbourne-based lawyer, Nyadol Nyuon argued America’s policies weren’t so different from our own.

“They’re policies that end up destroying human beings, based on the fact that they sought asylum, which is not illegal to do,” she said. “It’s horrifying to see what’s happening not just as a refugee, but as a mother.”

“At the end of the day, they’re prisons and they’re just no place for a child,” she says.

Aran Mylvaganam is one Australian who still suffers from a childhood blighted by violence, war and three months inside Sydney’s Villawood Detention Centre.

All these years later, his eyes swell with tears when he remembers the day he realised that he would have to leave Sri Lanka. He fires off the date – September 22, 1995. Like any other day, Aran was at school in Nagar Kovil, a small fishing village on the northern tip of Sri Lanka.

Around lunchtime, the 12-year-old Tamil student was sitting with his classmates when the Sri Lankan air force dropped a bomb nearby.

“I heard my friends screaming and running and then all of a sudden the whole place was chaotic. Everyone was running around. I can still see it.”

Children and adults ran to hide under a large Tamarind tree. Aran heard his mother calling his name so went to her. Moments later, another bomb was dropped on the tree. 39 people were killed that day, including Aran’s eldest brother.

“The tree, the school, the children, were all gone.”

After living in a refugee camp in north-eastern Sri Lanka, he was smuggled to Colombo by his uncle who arrange a plane ticket to take him to Sydney. Unable to speak English, Aran smiled at the customs officers upon arrival.

“Straight away they figured I was a refugee. I was taken to Villawood detention centre,”

He was there for three months before being handed to a foster family. During this time, he says he was kept alone in a small space for ten hours each day. He remembers hearing men screaming and fighting at all hours of the day.

“It was very scary, very stressful. I was anxious all the time,” he says. “On a number of occasions, I requested to be sent back. I didn’t want to be there.”

Aran says that time in detention “taught him a lot about life”. His mental health quickly deteriorated and in 2000 he was admitted to hospital for severe depression and still battles with mental health issues today.