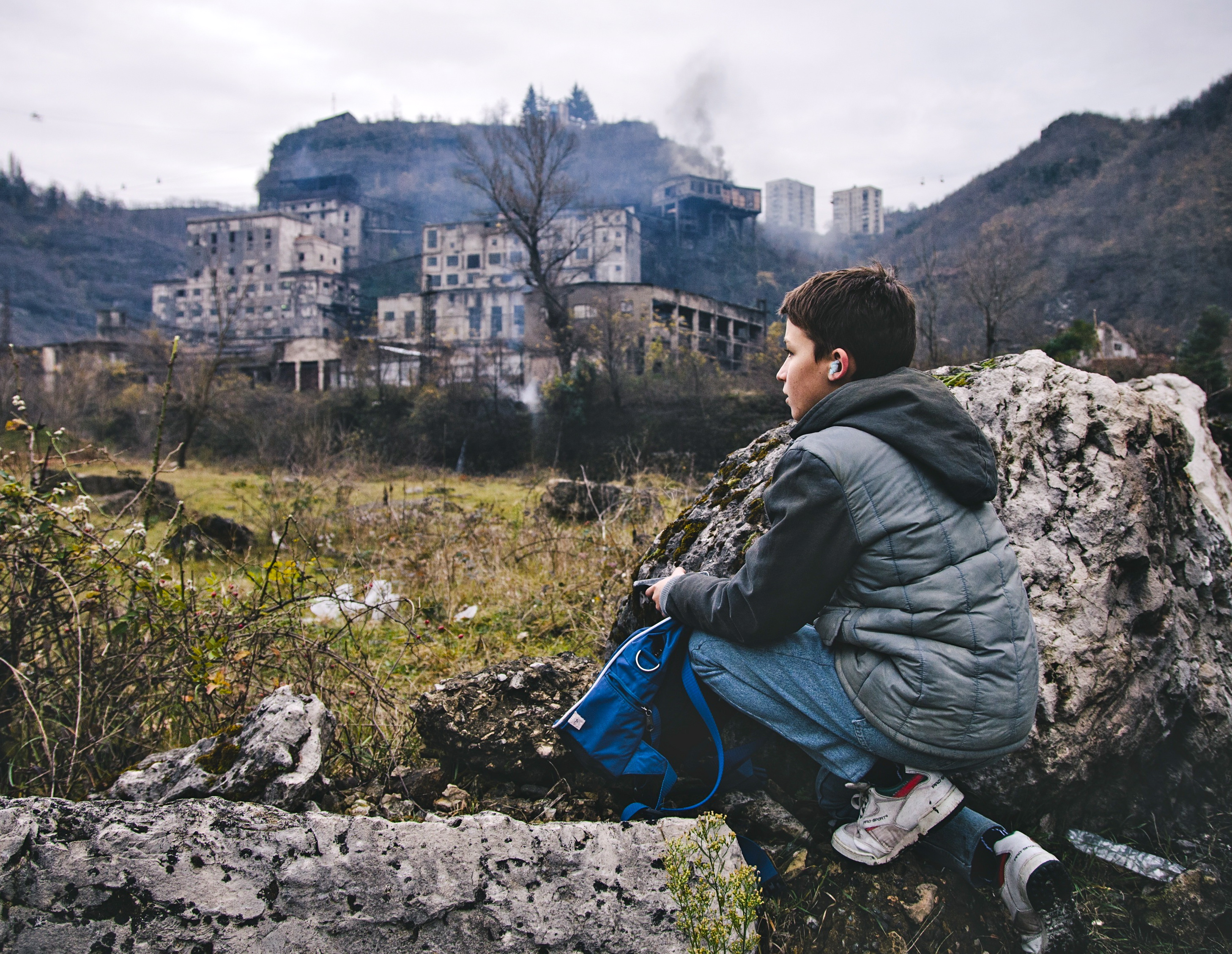 “I pretty much go through life trying to speak as little as possible,” laughs Ariel Kleiman. It’s a philosophy that might be uttered by most of the characters he chooses to create, too.

The young Melburnian director and screenwriter is promoting his first feature film, the suffocating drama Partisan, a dark, brooding film about family loyalty told from the perspective of a watchful 11 year-old.

Much like Mad Max: Fury Road, Partisan is an Australian film shot overseas that hides its Australian-ness. Straightforward questions about relationships and environment are answered gradually, only through necessity, and with them comes a growing sense of menace.

The location, the economy, the sparse, stark landscapes and leaden skies, the disconcertingly diverse accents and what constitute daily occurrences betray a near-inconceivable clash of innocence and brutality. Each word and shot of the film feels ruthlessly controlled, accentuating the claustrophobic conditions. 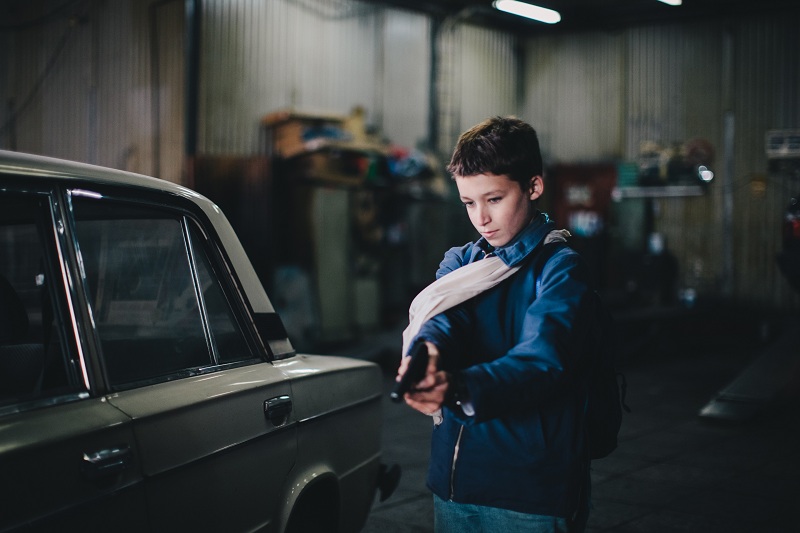 “Closed environments are ripe for drama,” explains Kleiman. “The idea of stripping away the outside world or society allows us to put a really strong microscope on the human condition. It really distils things to a very pure place, a very animalistic place in a way. My films really narrow down on the animalism inside humans and what sort of scenarios bring that out.”

Kleiman’s previous work, the multi-award-winning short Deeper Than Yesterday was completed as a graduating film from the Victorian College of the Arts. That followed on from his second-year project Young Love, a seven-minute film concerning a mysteriously bleeding man, an extremely irate girlfriend and a placid herd of llamas. Within months of graduating, Kleiman had Young Love accepted into the Sundance Film Festival where it was ‘Highly Commended’.

The award generated attention back in Australia, prompting two producers from Warp Films Australia to get in touch and ask him to pitch an idea.

An article about Colombian child assassins had haunted Kleiman and his girlfriend, co-writer and producer Sarah Cyngler. From it they formed a story and resituated it in an Eastern European ‘nowhereland’. Warp Films liked it and commissioned a feature-length screenplay.

“It was a really intimate portrait of these kids,” explains Kleiman. “What really struck me was how innocent they still were, but also how they had no connection to these awful acts they were committing. It was so bizarre. All my films are sparked by an image. An image of a child gunning down a man in a juvenile way highlighted to me in the most extreme way the power that adults have over kids and the tragedy of when that power is abused.”

Partisan took Kleiman and Cyngler back to Sundance this January where, he says, the experience was very different.

“When you go there with a short there is very little pressure on you. It feels like a school camp in a way, having all these young filmmakers hanging out. When you go with a feature there are press commitments, there are publicists and a bit more attention and pressure, which is great because you want people to see the movie.”

He continues: “I always go in thinking the worst. But it was pretty overwhelming how well the audiences reacted to the movie and how they connected to the characters and got swept up in the world of the film.”

“I don’t understand the concept of a villain. I don’t find anyone in my day-to-day life to be purely evil. I meet people who are incredibly flawed or damaged . . . ” — director Ariel Kleiman

The film’s world, with its exteriors shot in the ex-Soviet republic of Georgia, and the community’s close-knit industrial world created in Melbourne’s Docklands studios, is a strange, decaying place. In it, Gregori, played by French screen icon and villain of the Oceans blockbuster trilogy Vincent Cassel, constructs a web of control and severe domestic patriarchy. It was a role Kleiman dreamed would be played by Cassel.

“He’s got that unique ability to portray charm and menace in equal measure and be loveable and magnetic,” he says. “I could picture him be as comfortable with a group of kids as with a group of women. I also felt with Vincent there was a tenderness or vulnerability that I hadn’t seen very much in him and that I wanted to bring out in this character.

“Personally, I don’t understand the concept of a villain. I don’t find anyone in my day-to-day life to be purely evil. I meet people who are incredibly flawed or damaged, but I wanted to feel like we made him feel human and I love the way Vincent brought that to life.”

What viewers of Partisan won’t see is the work that Cassel did off-screen with Jeremy Chabriel, who plays 11-year-old Alexander. “Every time Jeremy is acting on screen, Vincent is acting off screen provoking him, and a lot of credit has to be given to him for what I think is an amazing performance by Jeremy.”

The performance of Chabriel, who features in almost every scene and carries the film, is a crucial component. His casting was a drawn-out process that saw Kleiman reject hundreds of children. The French schoolboy was very familiar with the work of Cassel and initially star-struck at working with such a famous actor. Despite this, Kleiman credits Chabriel with precisely the maturity, sensitivity and strength his character needed, and a face that seems made for cinema.

“There was no doubt that it was very nerve-wracking and demanding on him. He’s such a level-headed kid and comes from such a great family. He’s so mature and wise at times that Vincent and I were more juvenile than him,” laughs Kleiman. “The amazing thing about Jeremy is he’s very different to that character in so many ways. What he’s brought to life he’s done through acting, through movie magic.” 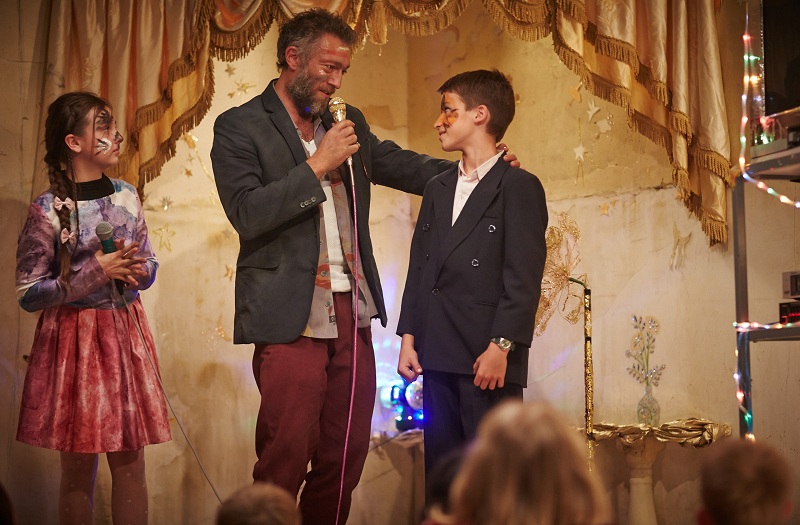 With Partisan already emerging from Sundance with rave reviews, Kleiman confesses he is keen to move on from the film’s world, a place he and Cyngler have been inhabiting for two years now.

“I’ve started receiving scripts for the first time. I’ve been sent a lot of young adult material,” he says sounding surprised. “Partisan builds a world from scratch and it’s a coming of age tale and those tropes tend to be popular in young adult books and movies.”

While not consciously a fan of young adult material, he’s open to strong stories that connect with him in the way in which the magazine article that led to Partisan had done.

“I love all sorts of movies. The more people watch the film and get an idea of me as a filmmaker; maybe there’ll be connections there too. Maybe there are equally weird and dark people out there in the world.”