The enduring Melbourne trio have been on 14 international tours, but are yet to be invited to support an act on their home turf. Charlotte Grieve checks in with Rudely Interrupted. 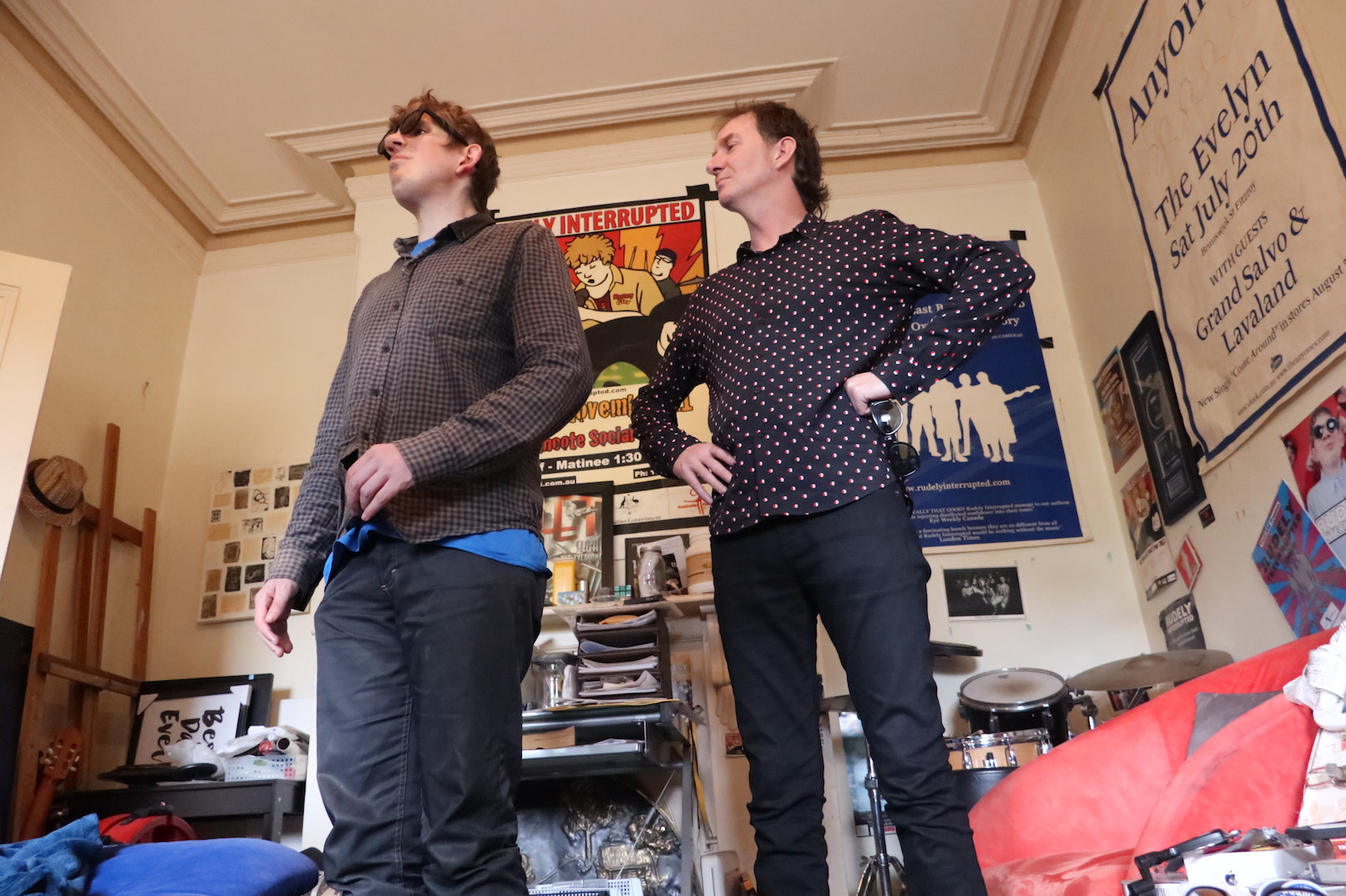 Rory Burnside (left) and Rohan Brooks, of Rudely Interrupted. "When we play live the band launches into this togetherness of coherent rock and roll ... it’s just so joyful."

Musician Rory Burnside was two years old when his mother discovered he had perfect pitch.

“I was playing on a plastic keyboard. Mum said ‘that’s middle C’ and then bang, everything else made sense,” says Rory, now 31.

Perfect pitch, or absolute pitch, is the ability to instantly recognise or produce any given note. Alongside this ability, Rory also lives with disability. He is blind, epileptic and has Asperger’s syndrome. He has also recently recovered from his fourtieth facial surgery to correct the cleft palate he was born with.

Yet it’s his musical ability that has shaped his life. He is the lead singer and co-songwriter of Rudely Interrupted, an indie rock band founded by Rohan Brooks in 2006.

Local musicians say the average life span of a Melbourne rock band is between one and two years. Twelve years after inception, Rudely Interrupted continues to hold rehearsals four times a week.

The trio is driven by Rory and Rohan, who co-write songs from Rohan’s home studio on Northcote’s Westgarth Street. The third member is Sam Beke, who has also been with the band since day one. Sam’s role is performative, so he doesn’t often attend band practice.

The studio walls are covered in posters that tell the story of a band that has travelled across the world. Discussing the highlights would take all day, says Rory – “in fact, you’d probably be here all year”.

Songs by Rudely Interrupted are the type you find yourself humming the next day. Synths, electric guitars and harmonies give the band a power pop aesthetic similar to Split Enz or The Dandy Warhols. (And you can check out their music here and here.)

Rohan, 48, says he “arrived late” to the music scene. His parents had never encouraged him to pursue music but when his mother died at age 19, he found solace in learning the drums. The passion grew quickly and by 1991, Rohan was a professional musician. He toured internationally with acts such as The Killers, JET, Morrissey and The Vines, among others.

He started working in the disability sector after a recommendation from a friend he met on tour in the early 2000s. Rohan wanted to share the sense of belonging he found in the music community with those living with disability.

“Being in a band offers experiences that other things don’t. Even just joining APRA (the Australasian Performing Right Association) – it makes you feel part of something. I just knew it would work for these guys,” he says.

Rory’s upbringing was different. He grew up surrounded by music. He lived with his parents and two sisters in San Francisco for the first 10 years of his life. His father, Johnathon Burnside, started a studio for the city’s alternative music scene. When Rory was six years old, he sung in the studio’s production of Gary Floyd’s album, World of Trouble.

Rory met Rohan in January of 2006 at a barbeque in Melbourne’s east. Three months later, a grant Rohan had applied for was approved and Rudely Interrupted was formed.

The first rehearsal lasted five minutes. The keyboard was stuck in the wrong key causing Rory to get agitated. As Rohan tells the story, Rory interrupts. “I was 18 then,” he says. “That wouldn’t happen now.”

“We tried again the next week, and the week after that.” says Rohan. “In those early days, we ended up writing one of our favourite songs together, Don’t Break My Heart,” says Rohan.

This was the song that Rudely Interrupted would end up playing at a United Nations gathering in New York – the first independent band to receive an invitation for such a performance, and their first international trip. It wasn’t smooth running.

“Basically anything that could have possibly gone wrong, did go wrong that tour,” says Rory. Snow storms, broken bones and meltdowns occurred alongside sold out shows and a live performance on Canada’s highest rating commercial TV program.

The highs and lows of this tour still define the band, and underwrites the friendship and partnership forged between Rohan and Rory.

“We’ve been picked up, spat out. We’ve had everything happen to us. But that’s the beauty of being in a band, being this creative little entity that can do anything and go anywhere around the world. It offers experiences that other little things don’t,” says Rohan.

They’ve notched up 14 international tours, travelled across four continents, played with an 80-piece Italian orchestra and at a handful of international commercial festivals. They’ve released three EPs and two albums.

But for Rory and Rohan, the band is still a failure. “Not once have been invited to support a local Melbourne act,” says Rohan.

The Melbourne music scene is competitive. And when two out of three bandmates live with a disability, they say it’s even harder to catch a break.

“A lot of gigs are booked through who you know, doing the rounds at venues, you’ve got to be out there. Obviously that’s difficult for us,” says Rohan.

“It’s a longer route, it’s a harder route but it’s the most honest way to promote ourselves,” he says.

There have been moments when they have both felt like giving up.

“I’ve had times where I feel like I couldn’t do a thing right,” says Rory. After a short pause, his face lights up and the keyboardist starts singing lyrics from their latest song, Smarter Than You Are. “Because you know, you know that you’ll go far,” Rohan joins in.

It’s the live performances that make it all worth it for Rory and Rohan. “When I’m on stage, it feels like I’m floating … It’s amazing,” says Rory.

“When we play live the band launches into this togetherness of coherent rock and roll. You just see the expressions change. The smiles, it’s just so joyful. I love seeing it happen. I love getting it right. We all feel the same coming off stage. We feel like we’re musos, we’ve just done a gig and try and get to the next one,” says Rohan.

The band has recently released a new album, Love You Till I Die. Both Rohan and Rory hope to be invited to perform some if it somewhere in the Melbourne music scene this year.

“Only then will we feel like we’ve made it,” says Rohan. 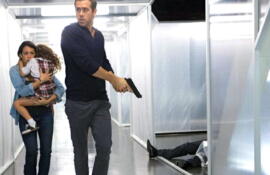