In an era of self-obsession and ‘selfies’, a new play reflects on a modern day narcissism, reports Daniel Connell. 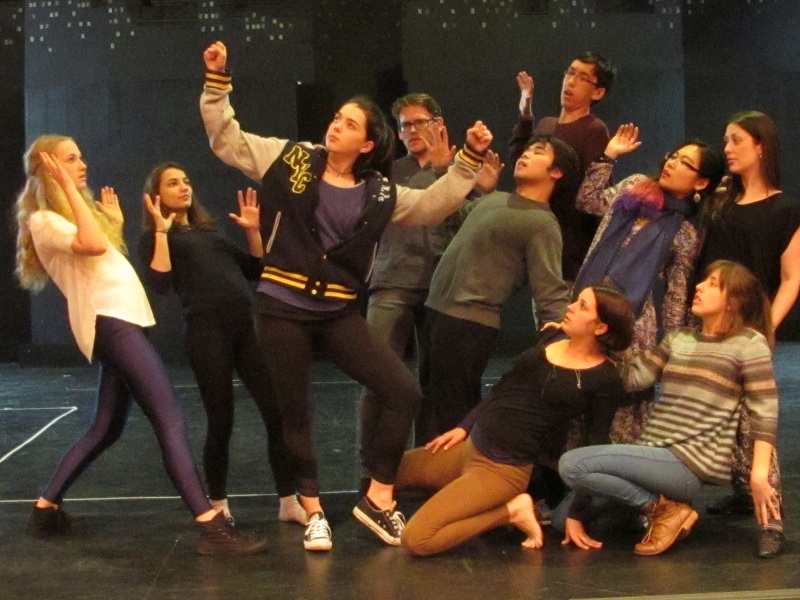 Instagram, mass murderer Anders Brevik, rapper Jaden Smith, botox, a woman who can only echo what others say and a tale of a narcissistic adolescent boy: you could be forgiven for failing to see a connection between them.

Yet, all of these elements are blended in the story of Echo, a new play opening Friday (May 22) at Melbourne University’s Union House Theatre, which connects the classic Greek tale of Narcissus and Echo with vignettes about modern narcissism.

The combination seems like a natural fit to director Petra Kalive, who likens society’s current “selfie” craze to a manifestation of Narcissus’ self-obsession, and says that in the age of social media, narcissism is on the rise.

Ms Kalive is driven by what she sees as the lack of any real discussion about the emergence of modern narcissism and the problems it is creating.

“In the 1940s or 50s, they were asking kids what they wanted to be when they grew up, and most of them said doctors, or lawyers, or nurses, or teachers, and only recently they asked kids the same question and something like 80 per cent said ‘I want to be famous’,” she says. “And that, I think, speaks dramatically to a profound change to our culture and a profound change in our values.”

“In the 1940s or 50s [most kids said they wanted to be] doctors, or lawyers, or nurses, or teachers, and only recently they asked kids the same question and something like 80 per cent said ‘I want to be famous’. And that, I think, speaks dramatically to a profound change to our culture and a profound change in our values.” — director Petra Kalive

In an age of social media, Ms Kalive is concerned that the change in values is leading to a lack of empathy and social isolation, and an inability for many people to form healthy relationships.

While Ms Kalive does not believe that the play’s eponymous character is fundamentally narcissistic, she does see parallels between Echo’s affliction and the tendency on social media for people often to repeat what others are saying, rather than think for themselves. In turn, this was creating social cliques and deterring users from thinking differently.

The play reflects on contemporary examples, such as the vanity of pop stars and the cosmetic use of botox, to the greed of shamed cyclist Lance Armstrong. Echo pivots from the ironic — for example, Jaden Smith’s tweet: “What’s better than having an idol? Becoming one” — to the shocking, such as Brevik’s declaration that he deserved a medal for his crimes.

The second half of Echo is split into different stories, each with their unique take on narcissism and with each of the 10 actors assuming a variety of roles.

Ms Kalive says that one of the major aims of the play is to explore the gap between image and self, and how social media encourages people to project a false image of who they are, a complex manifestation of insecurity and a desire to impress others.

The actors, all of whom are university students, bring to the play their own keen awareness of a modern society that is largely self-absorbed.

Sara Pascoe says the play throws in “a few other aspects that might not be considered so narcissistic, like pop songs . . . [A] lot of people don’t realise how incredibly narcissistic a lot of the lyrics are.”

But while Echo is a play about narcissism, its production has been anything but, with collaboration between the actors coming to the fore. “The work is theirs and I’ve really just shaped it and guided them through the process,” says Ms Kalive, who has directed 15 plays.

As part of the process, the actors took part in a series of workshops, tackling various tasks such as forming dance moves inspired by key words from the play to talking about scandals on Tindr, which provided a variety of perspectives on narcissism.

Ms Kalive cites the cult of celebrity, social media and the notion of male entitlement as three key themes explored in the workshops.

The process has amazed some of the young actors, including Hadyus Santoso, who plays a number of characters and says he is surprised that all the small projects had coalesced to create such a complex and complete play.

Ms Kalive says that the actors have loved the creative process.

“They’ve all been excited — as well as the themes bringing them on board — in creating their own work, and finding a voice in that. I think that’s been really empowering for lots of them.”

This production process can pose various challenges, too. Actor Max Yates and Mr Santoso, who were both inexperienced in collaborative theatre, admitted to being daunted initially. 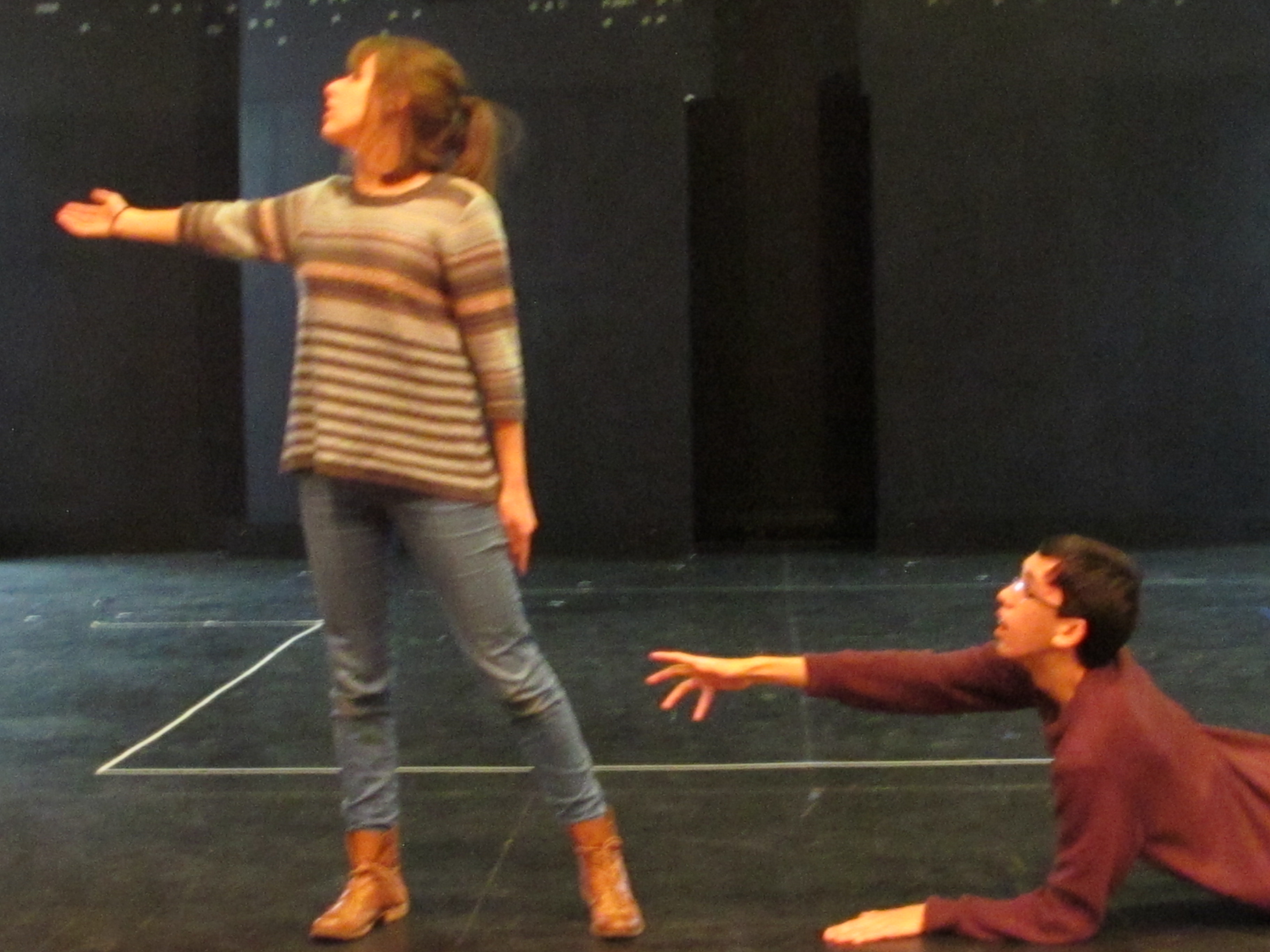 “Before the production, we didn’t have a clear picture of what we were going to do . . . but now the picture’s getting clearer,” says Mr Santoso.

Adds Mr Yates: “Petra did warn us that it was very different from what we usually experience, that it’s a very creative process.

“I guess it’s just a bit more hard work, because you have to keep in mind that you’re creating at the same moment that you are needing to memorise what you’re doing, and then . . . the piece you initially created can be changed.

“It’s a piece that’s always changing, always adapting to different things, so it’s hard sometimes to keep up with the lines.”

For Ms Pascoe, the greatest challenge had been trying to play a character — Brevik or Armstrong, for example — who has demonstrated a lack of empathy, because acting was based essentially around being able to understand someone’s life from their perspective.

“As actors, that’s something we have to do. We have to be able to empathise with other people so that we can put ourselves in their shoes and play those characters and bring meaning to them, so it has been really interesting,” she says.

The creative process had also helped the actors to see the risks of narcissism in a different light, such as how it can manifest in violent crimes such as rape and terrorism, elements that Mr Santoso had not previously considered.

But on the eve of its premiere, Ms Pascoe described the effort that she and her fellow thespians had put into Echo as overwhelmingly rewarding.

“I feel like it’s just such an amalgamation of different forms of theatre and storytelling that it’s really cool to watch it all being pulled together and just explode into narcissism,” she says. “It’s been a really enjoyable process so far.

“The most enjoyable aspect, I guess, has been exploring things really physically as well. I think when we first started, we were realising that social media played a really big role in what we were trying to say.”

Ms Pascoe lists the selfishness of male sexual entitlement, as well as sexual inequality generally as key messages of the play. Performing it had brought a fresh awareness of narcissism in their own lives.

“I do find myself constantly now looking at the Snapchat I’m sending, and going ‘Oh my God, that was so narcissistic’,” Ms Pascoe says.

Mr Yates adds: “I can’t tell you how many times I’ve thought during the rehearsal process: ‘Holy crap. Am I a narcissist? This sorta links to me, so should I stop doing this? And stop posting these things?’ ”

► Echo opens on Friday (May 22) at Union House Theatre and runs over successive weekends. 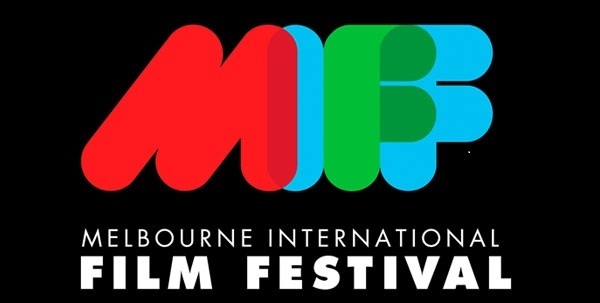