Pulitzer Prize-winning editor Walter Robinson came to Melbourne with the good news, and the bad news. Investigative journalism has never been in better shape – or in more trouble. Charlotte Grieve reports. “A man who poses the gravest of threats to individual liberties is also, paradoxically, just the tonic American journalism needed,” Robinson said.

“The very person who wants to cast out the watchdogs has awakened them – all of them. The watchdogs are now barking so loudly that much of the public is astir as well.

Robinson led the Globe’s legendary investigative team, earning a Pulitzer Prize and inspiring the Academy Award winning film Spotlight. Visiting the University of Melbourne to deliver the Centre for Advancing Journalism’s prestigious annual AN Smith Lecture, he served up a passionate call to arms to journalists and citizens.

Robinson’s speech – “From the Catholic Church to President Trump – Investigative Reporting Vs the Excesses of Power” –  ranged from the harrowing to the humorous. It drew on 40 years in newspapers and, primarily, his experiences leading the team that blew the whistle on an endemic culture of Catholic clerical abuse and cover-up in his hometown of Boston. The investigation identified almost 250 predatory priests, brought down a powerful archbishop, published 900 stories and ignited a global “wildfire” which unveiled an “international criminal conspiracy” of betrayal and secrecy.

He opened the lecture with a tribute to three Australian journalists in the audience who had been at the forefront of the Australian chapter of the clerical abuse story – Louise Milligan and Paul Kennedy, both with the ABC, and the Newcastle Herald’s Joanne McCarthy. All three have spent years reporting clerical abuse in Australia, and the culture of cover-up protecting it. “If there’s any applause here tonight, it belongs to them.”

Robinson spoke plainly of his distress at uncovering the “evils” of the Church into which he was born, but in which he has long since lost faith. “The Church in which many of us were christened, confirmed, married. The church I once assumed would bury me.” The Spotlight investigation that exposed at least 10.8% Boston’s priests as paedophiles has had a lasting emotional impact on the veteran journalist.

“I had a story I was going to tell about one victim tonight. But I couldn’t bring myself to do it,” he told the audience. “I have never come across anything quite like this, where the gulf between good and evil is so wide, so evident, so appalling.”

Robinson also reflected on the enormous challenges to journalism brought about by the digital disruption, which has seen the axing of thousands of reporters as a consequence of plummeting editorial budgets.  Newspaper advertising revenue fell by $46 billion between 2000 and 2016 in the US. Where his own paper, the Globe, once had seven foreign bureaus, now there are none. It doesn’t even routinely cover the Massachusetts courthouse where the case that cracked open the church abuse story first emerged.

The consequences of this vanishing of civic reporting for democracy were “frightening”, with investigative reporting a “necessity we can’t afford to do without.

“Too many links in that chain have gone missing,” he said. “And along with them, we have lost an unimaginable number of stories we could have investigated.”

The upside of the digital news era is that it has given stories immense reach. Clay Shirky, a prominent American writer on the social and economic impacts of the internet, has described Spotlight church abuse exposé as the “first major investigative story of the internet age”.

The need for investigative reporting is great, and indeed it has been revitalised as audiences seek authority and certainty in the era of fake news, said Robinson, who has reported from 48 American states and 34 countries.

“Readers want reporting that holds the powerful accountable. Almost everything else we publish, they can and do get somewhere else.”

This has been a powerful fillip for media organisations covering the Trump administration.

“There is no denying that investigative reporting has never been as robust – or as reliable – as it is now in Washington,” Robinson declared.

But in many other cities and towns around the US and the world, once great newsrooms are shrinking and vanishing. “I’d like to be upbeat, but I fear I might be whistling past the graveyard.

“I believe in a future for investigative reporting. It will survive. It may even prosper, It will matter. Or so we must hope.

“But I wonder, in the end – will it do any good? Can good journalism breathe fresh life into a calcifying democracy, one that scholars have declared to be in decline?”

Walter Robinson’s AN Smith lecture will be available to view online shortly – follow this link. 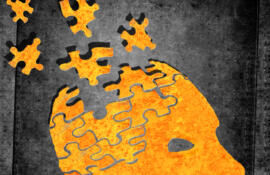