How a ‘Big Issue for artists’ is empowering lives

It’s a kind of ‘Big Issue for artists’, says the man behind an initiative providing an outlet for the disadvantaged, reportsKrati Garg. 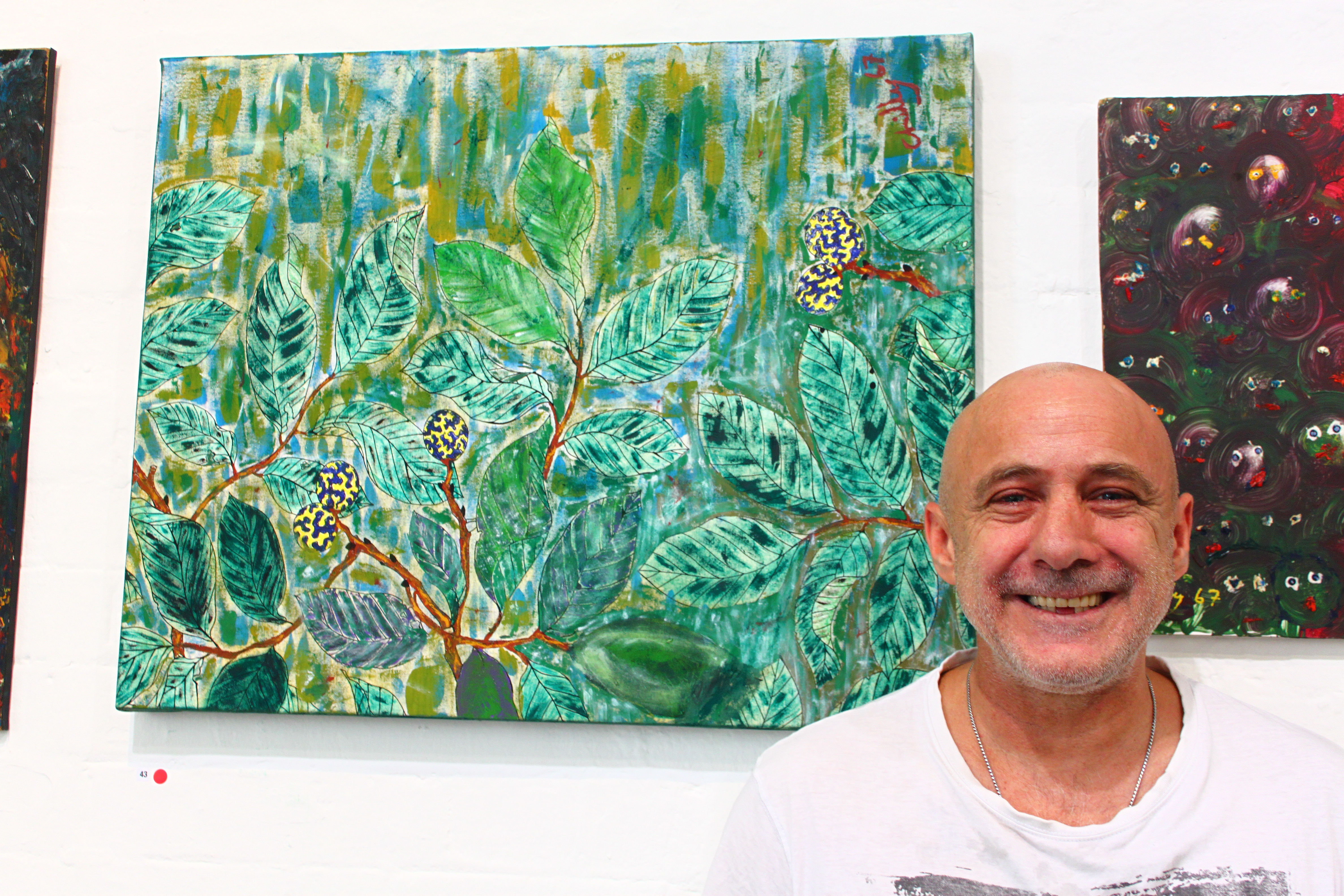 Danny Chilcott picked up a paint brush almost by accident, but its paying dividends. PIC: Supplied

Danny Chilcott was raped, kidnapped and tortured as a child and suffers from bipolar disorder and the chronic lung disease asbestosis. A former heroin addict, his traumatic past has left him with little means to make a living. 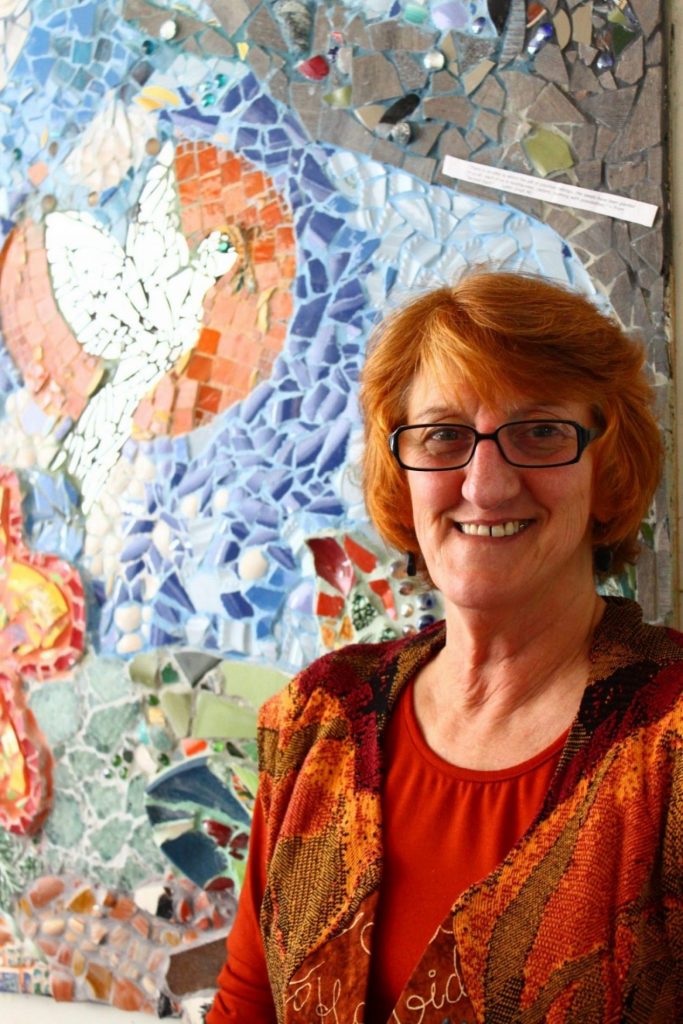 A recent sale of two of her pieces helped fund a trip interstate to her mother’s funeral. She dreams of one day opening her own upcycling business.

They are two of 19 artists — all of whom have experienced homelessness and hardship at some stage of their lives — whose artwork is currently being featured at fortyfivedownstairs, a gallery in Melbourne’s CBD.

“Between the lines” is the inaugural exhibition of Open Canvas, an initiative of Dan Rath, a Melbourne-based social entrepreneur who aims to give a platform to artists who have experienced homelessness or disability, or faced other forms of adversity. 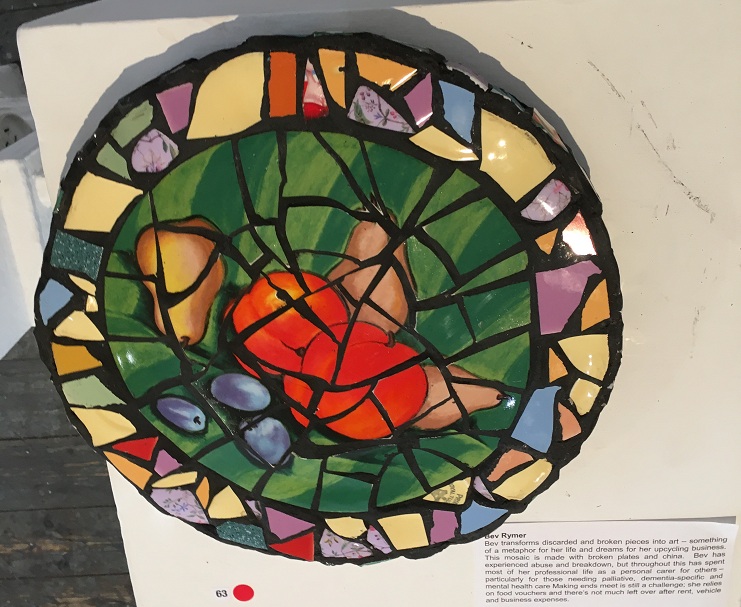 “I want to empower disadvantaged artists,” says Mr Rath, who was driven to launch Open Canvas after seeing the artwork of a homeless artist near Melbourne’s Parliament Station on his way to work.

“The artist used to sell his wonderful work for a few dollars,” he says.

Mr Rath, who says art should be inclusive and not exclusive, likens Open Canvas to the Big Issue — a publishing venture that helps homeless people become self-sufficient.

“I used to see a vendor selling the Big Issue and linked the two,” says Mr Rath. “[I thought], why can’t I convert this idea into an artistic pursuit?”

The results are already promising. The exhibition drew several hundred people in its first few days, with many of the exhibits selling quickly.

“It’s been crazy,” says Mr Rath. “We have sold pieces that were not displayed in the exhibition. We have sold merchandise and we have received so many orders.”

Sales included all of the work of Mr Chilcott and Ms Rymer, neither of whom have professional artistic training.

Mr Chilcott picked up a paintbrush almost by accident, having daubed a few strokes on a friend’s abandoned canvas a few years back.

“If an artist cannot afford a canvas, or a disability is an impediment to practising art, getting repeat sales from one art work is really a great opportunity for them.”    — Dan Rath, founder of Open Canvas

But he remains coy about his artistic skill, despite completing more than 70 paintings.

Mr Rath and his wife, Jessica, both work in public policy. But the drive to create an online platform for disadvantaged artists kept them up for hours over the last two years as they pulled together their not-for-profit enterprise, tipping in a lot of their own money along the way.

They hope to take the venture beyond the confines of the gallery by selling the prints and merchandise of disadvantaged artists online.

“If an artist cannot afford a canvas, or a disability is an impediment to practising art, getting repeat sales from one art work is really a great opportunity for them,” says Mr Rath.

Open Canvas plans to distribute 70 per cent of the profits from sales to the artists themselves, with the remainder used to fund materials and run workshops to help the disadvantaged or homeless to practice and improve their art, and become self-reliant.

Pieces from a recent workshop on Lino cut prints are on display in the exhibition, including the work of Chera Lee Conrad, who spent five years living in a van with her cats, Beanie and Meme. 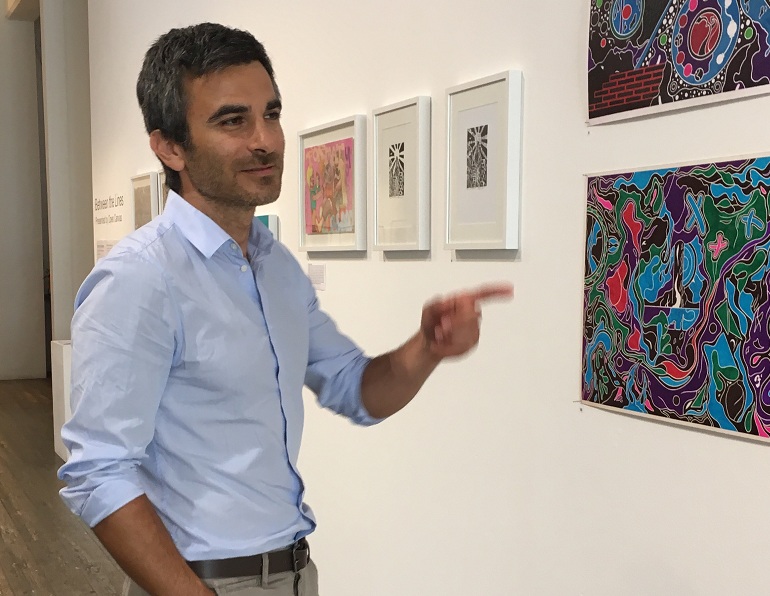 Ms Conrad’s first work from the Lino workshop, called Ka-Moho-Alli’i (a reference to the Hawaiian god of sharks), was well received and there have been multiple orders for the print.

Open Canvas is not the only art enterprise helping the homeless. Art Lifting is a US-based mission created in 2013 by Liz Powers, who was 18 when she secured a grant from Harvard University to establish art groups in homeless shelters.

The company, which started by exhibiting works of four homeless artists, now supports 72 artists and has been extended to 11 states.

Café Art, which started in the UK in 2012, spread to Sydney three years later. It invites cafes to display on their walls the work of homeless artists.

Last year, with the help of Fuji Australia, homeless people were invited to take pictures that represented their lives, with 20 prints selected for display in a Newtown café. The photographs feature in My Sydney Calendar of 2017.

► “Between the Lines”runs until Saturday, February 18, at fortyfivedownstairs, 45 Flinders Lane, Melbourne

► An edited version of this story also appears at SBS Online. 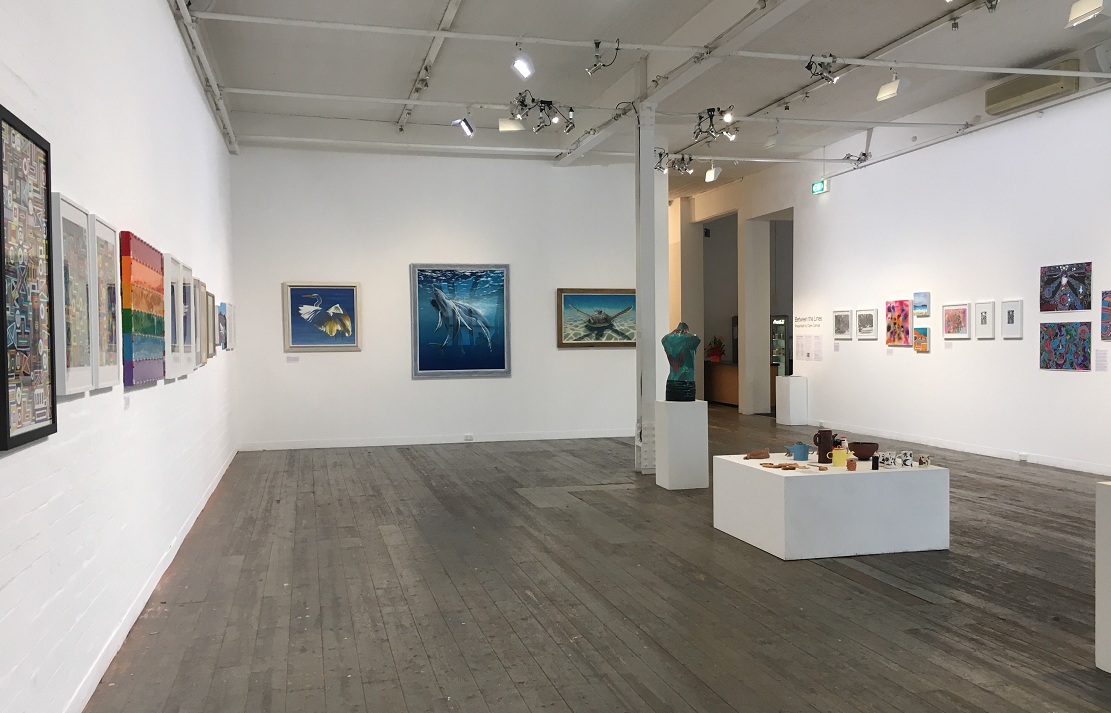 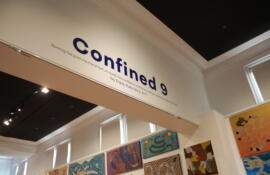