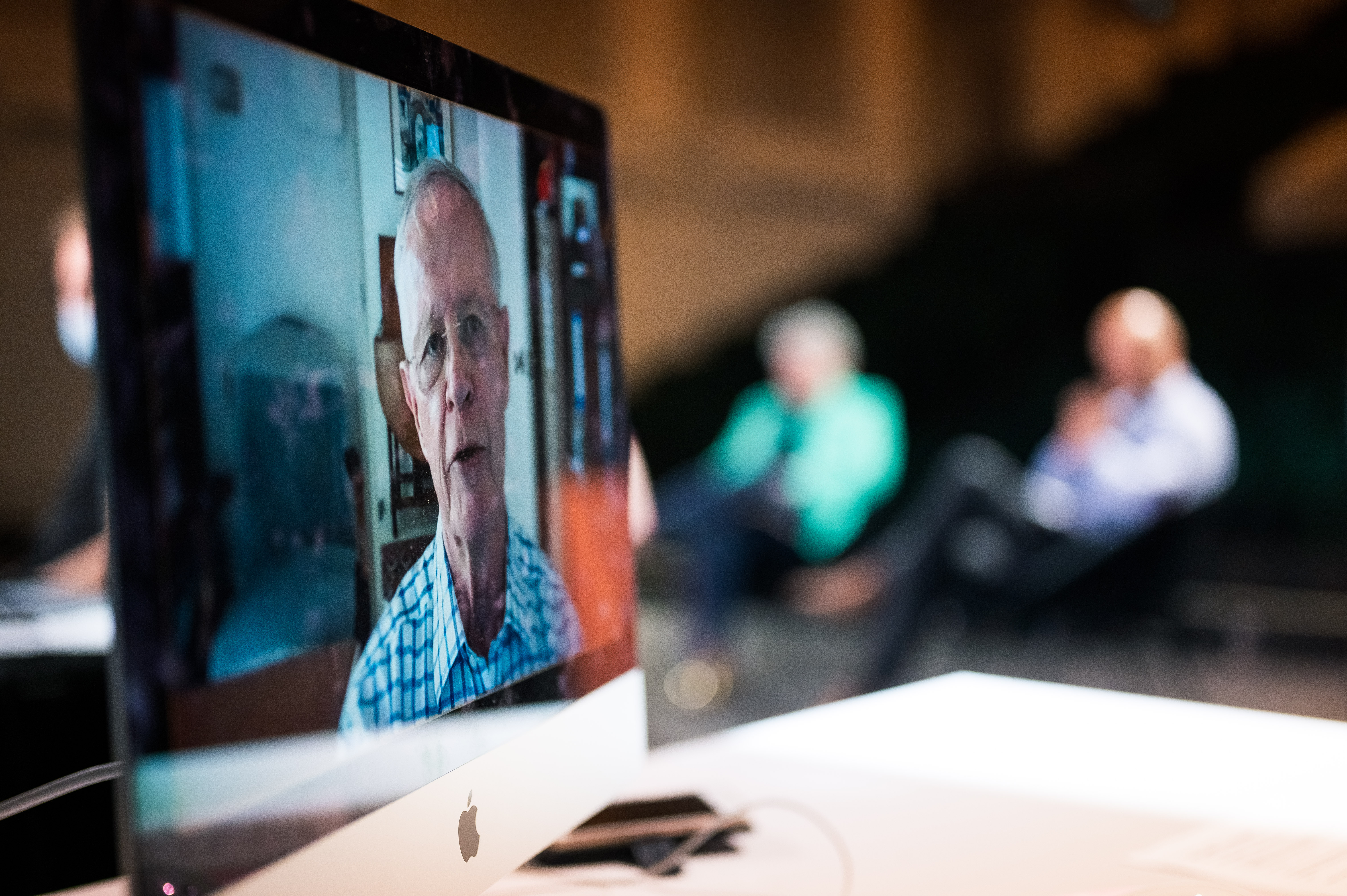 Former Australian Defence Force chief Admiral Chris Barrie said Australia would continue to be one of the nations hardest hit by global warming impacts. “Now we really know what it feels like to be under attack by nature,” he said, referring to the 2019-2020 bushfires. Photo: Julian Meehan

The Federal Government’s inaction and failure to take the lead on climate change have left Australia unprepared and vulnerable to “irreversible” humanitarian and security risks, defence experts told the National Climate Emergency Summit in Melbourne.

The response to the 2019-20 Black Summer bushfires showed the federal government’s inability to address a crisis that has become an existential security threat, former chief of the Australian Defence Force, Admiral Chris Barrie, told the forum.

Barrie said the Federal Government had been reluctant to prioritise a crisis response to the megafires, failing to provide sufficient resources and guidance to state leaders during the bushfire crisis and leaving local and state governments to pick up the slack.

“State premiers have written a new mantra that is ‘people are more important than the economy’,” he said. 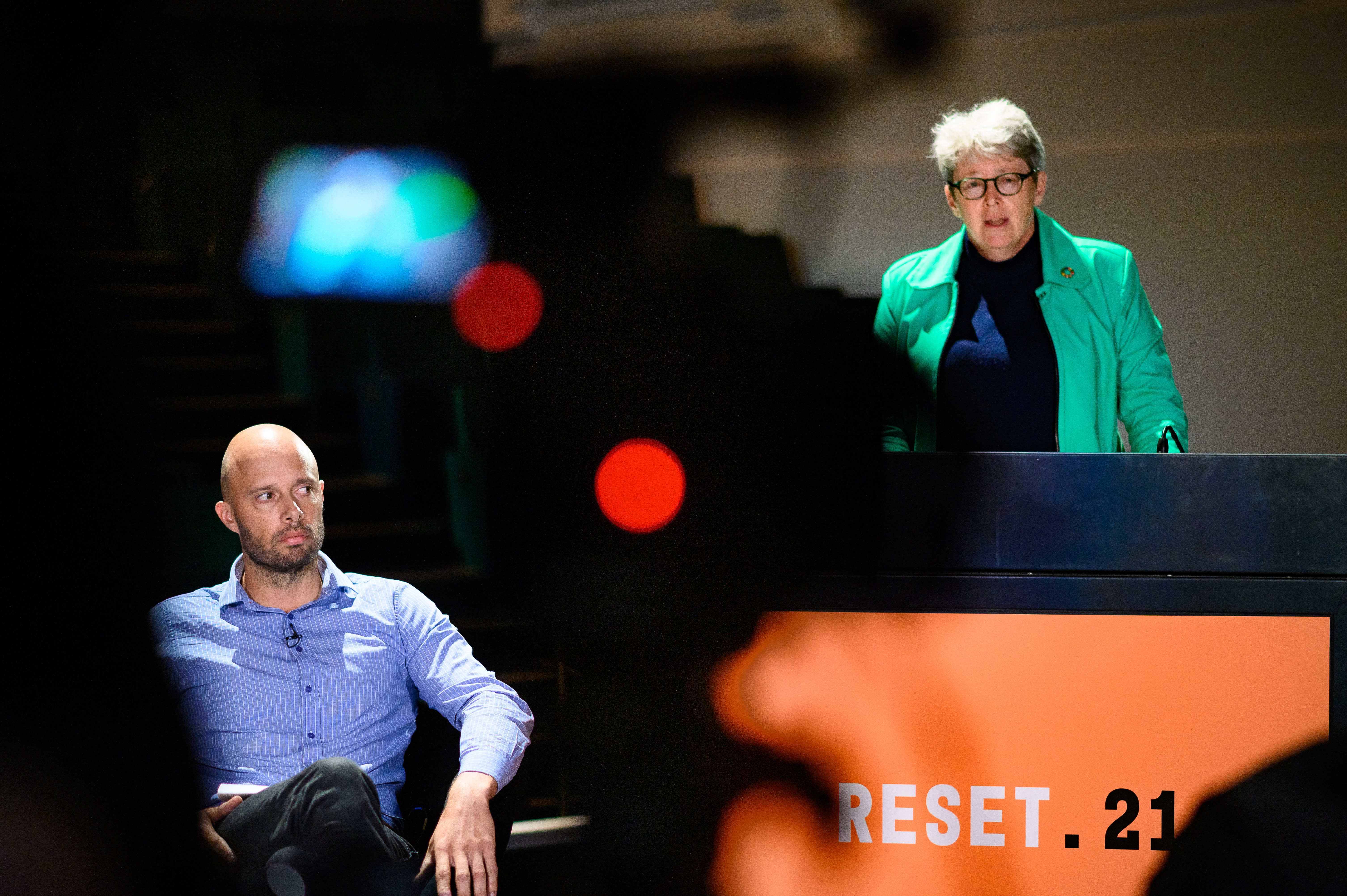 Barrie also highlighted the pivotal contribution of over 78,000 volunteer firefighters, noting that the community of volunteers was “quite a considerable number more than the defence force can put into the field, even on a good day”.

As leading scientists warn that several key global climate “tipping points” have already been crossed and a new wide-ranging study shows 19 Australian ecosystems already in a state of collapse, the panel agreed that Australia desperately needed to seize the initiative in combating global warming.

“On climate change Australia is no longer viewed as a leader,” said the former director of preparedness and mobilisation at the Department of Defence Cheryl Durrant.

“It’s largely viewed as a blocker.”

Prime Minister Scott Morrison has long resisted committing to a target of net zero emissions by 2050, a position out of step with around 60 countries including Australia’s biggest trading partners. When he signalled a change of direction in early February, declaring that the nation should get to zero emissions “as soon as possible” and preferably by 2050, a handful of Nationals MPs threatened to cross the floor if the government tried to legislate the commitment.

Defence and climate security analyst Dr Michael Thomas argued that the 2020 fires, floods and the COVID-19 pandemic were further reminders of the urgent need for better integration of defence with emergency responses as climate risks increase.

The ADF’s operation to support communities after the fires was the largest ever peacetime deployment of Australian troops, illustrating the scope of the growing security challenge global warming poses, said Thomas.

But he said the Black Summer deployment was a glaring exception and that the government was resistant to using defence resources on climate-related security issues.

The 20-year army veteran pointed out that the Australian military devotes just a small fraction of its $43 billion annual budget to climate security responses. Thomas said this suggested the government was failing to prepare or plan for the future impacts of global warming-driven disasters.

“We are now the front line, and so this [the Black Summer fires] should be a wakeup call for everyone, especially government, to start taking action.”

Barrie said Australia would continue to be one of the nations hardest hit by global warming impacts.

“Now we really know what it feels like to be under attack by nature,” he said, referring to the 2019-2020 bushfires.

“We’ve all seen it, the new colours, temperatures, and gradients at 50 degrees plus.”

Since retiring in 2002, Barrie has repeatedly warned that the ADF would need to act as first responders to climate-related disasters in the short- to medium-term. 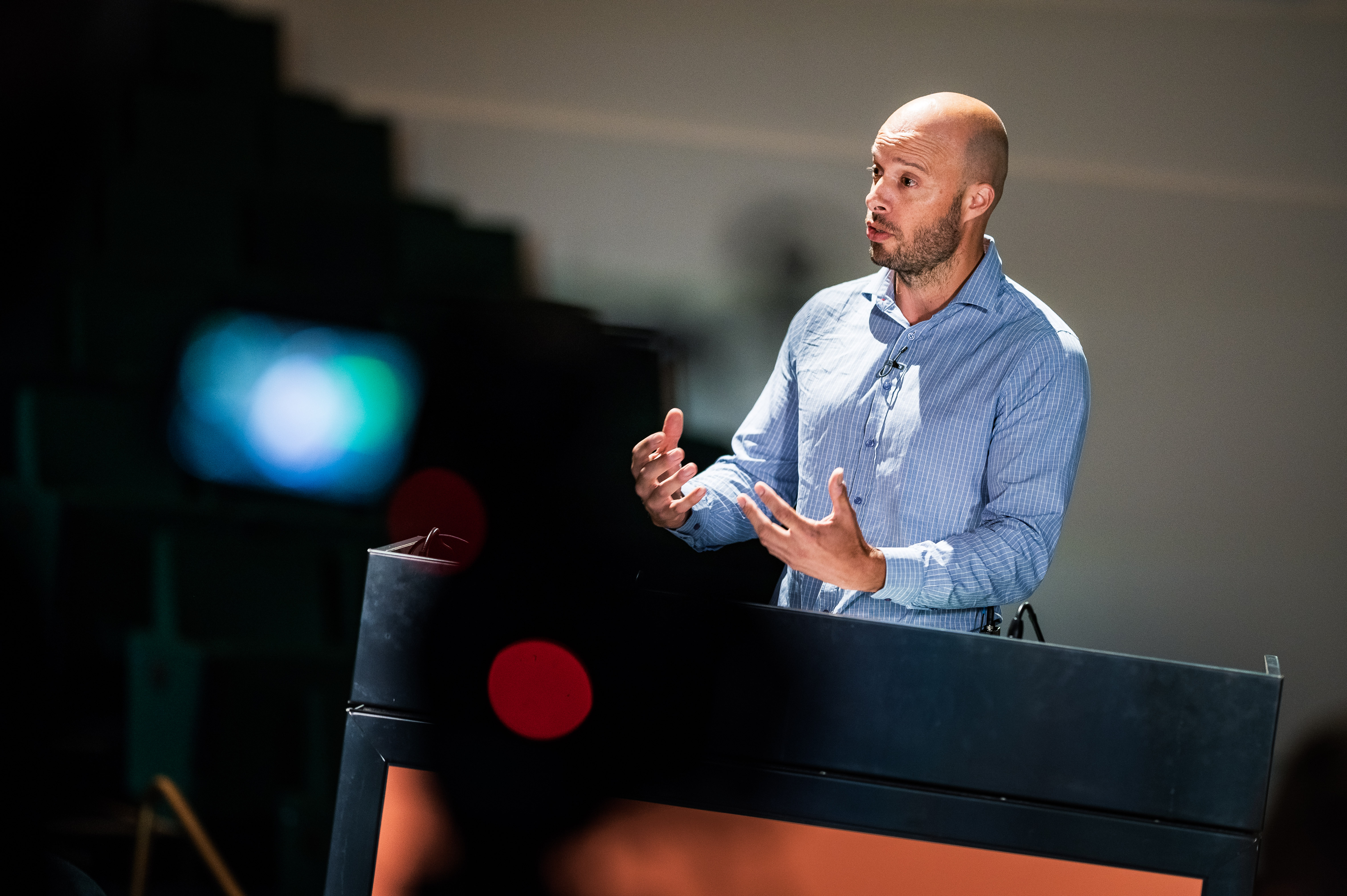 In Australia, the politicisation of climate change had made it especially difficult for the ADF to publicly assess its own priorities in response to global warming-related security issues, said retired Australian Army officer and defence and security analyst, Dr Michael Thomas.

The Department of Defence’s 2020 strategic update contained only a single mention of climate change in its 68 pages. Threats to human security, the paper said, “will be compounded by population growth, urbanisation and extreme weather events in which climate change plays a part”.

Australia is not the only nation failing to respond appropriately to the challenges of climate change, the Global Military Advisory Council on Climate Change chairman Munir Muniruzzaman told the forum.

In some instances the urgent implications of climate change were catastrophic, such as in Muniruzzaman’s native Bangladesh, where he said the climate emergency was already beginning to threaten the very existence of the nation.

He highlighted widespread population displacement in the wake of increasingly severe cyclones and flash floods that left tens of thousands “homeless in their own country”.

“Some of the impacts of climate change have become irreversible.”

While national militaries and governments needed to play an important role, he said the ongoing security implications of global warming in countries like Bangladesh required a coordinated international response.

The combination of energy, food, and water insecurity already triggered by global warming is creating a “constellation” of regional and international tensions, Muniruzzaman said.

In Australia, the politicisation of climate change had made it especially difficult for the ADF to publicly assess its own priorities in response to global warming-related security issues, said Thomas.

Durrant said the first step to mounting a serious response to the myriad threats from climate change was a serious, comprehensive risk analysis. 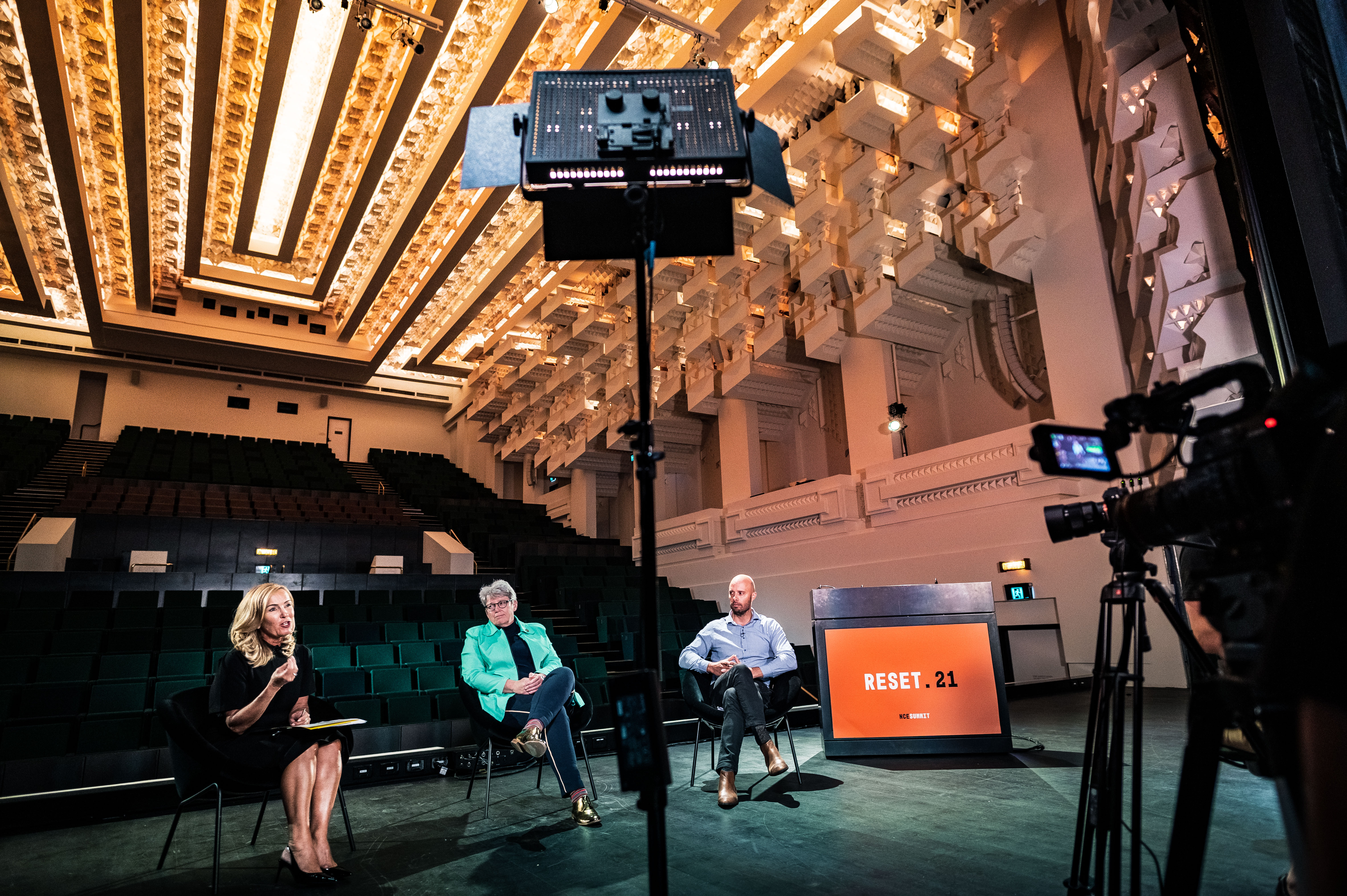 The National Climate Emergency Summit #Reset21 forums ran online in Melbourne over February. For more information, and to watch this session and others, click here. 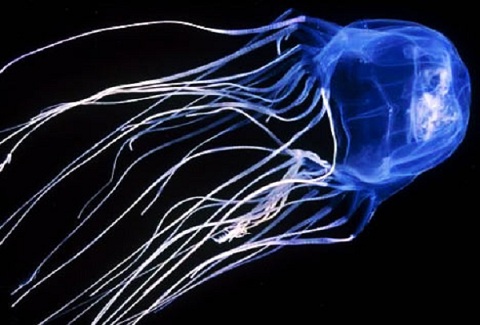 Rich soil: is regenerative farming an answer to the climate crisis? 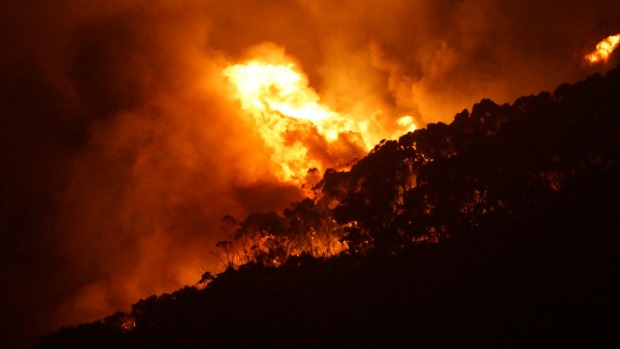