The kid whose talent took him from Melville Island to Melbourne Grammar, but whose spirit drew him back. Jack Banister continues his series on the Tiwi Bombers. 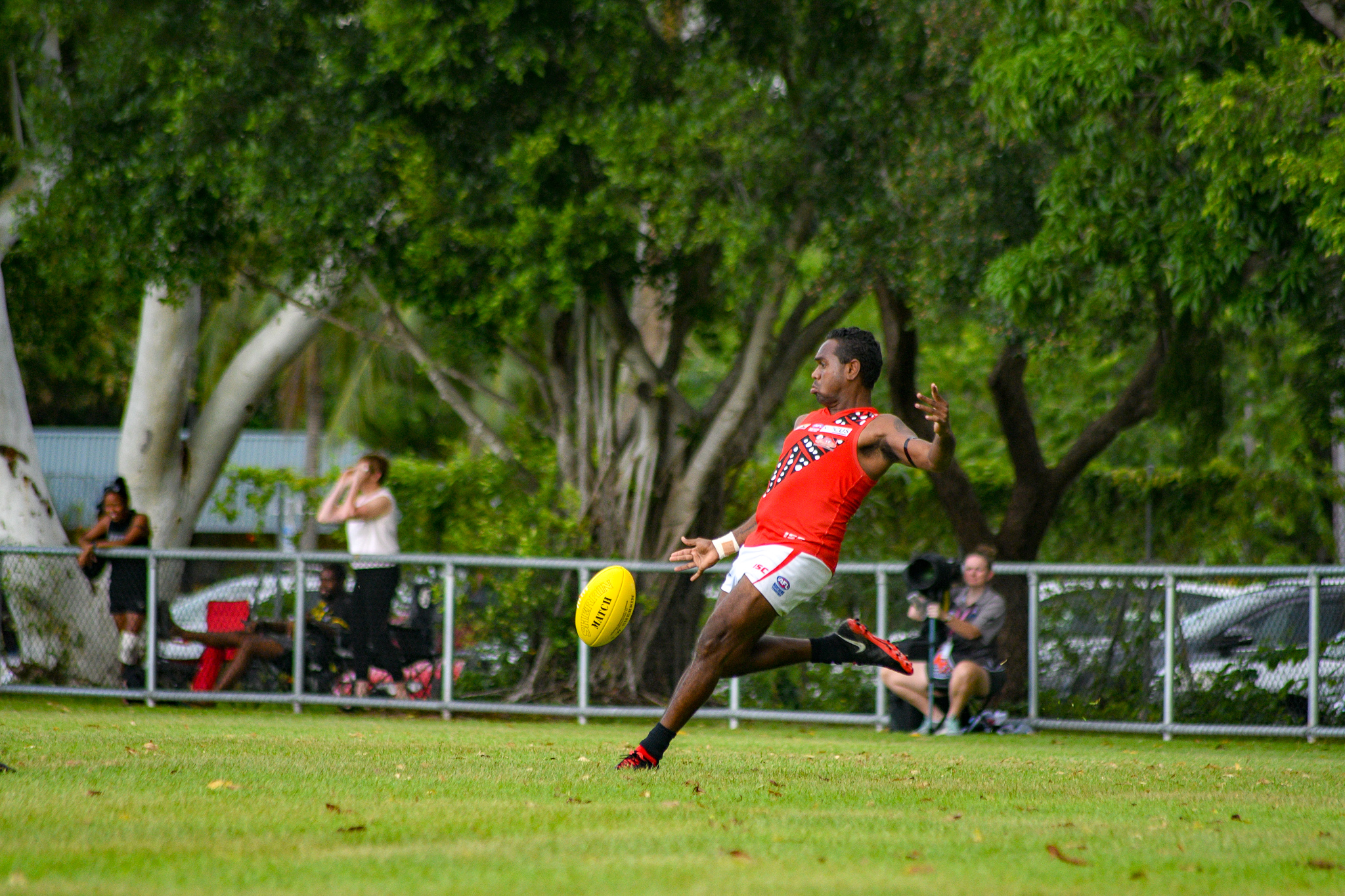 Please note that this story contains the names of Aboriginal or Torres Strait Islander peoples who have passed away.

Patrick Heenan Jnr, these days the captain of the Northern Territory Football League’s Tiwi Bombers, was the first Indigenous college prefect at Melbourne Grammar School in 2009. Back in 2006, when he was offered a scholarship to attend the prestigious school on the other side of the country, his father, Patrick Snr, was adamant that he should accept it. 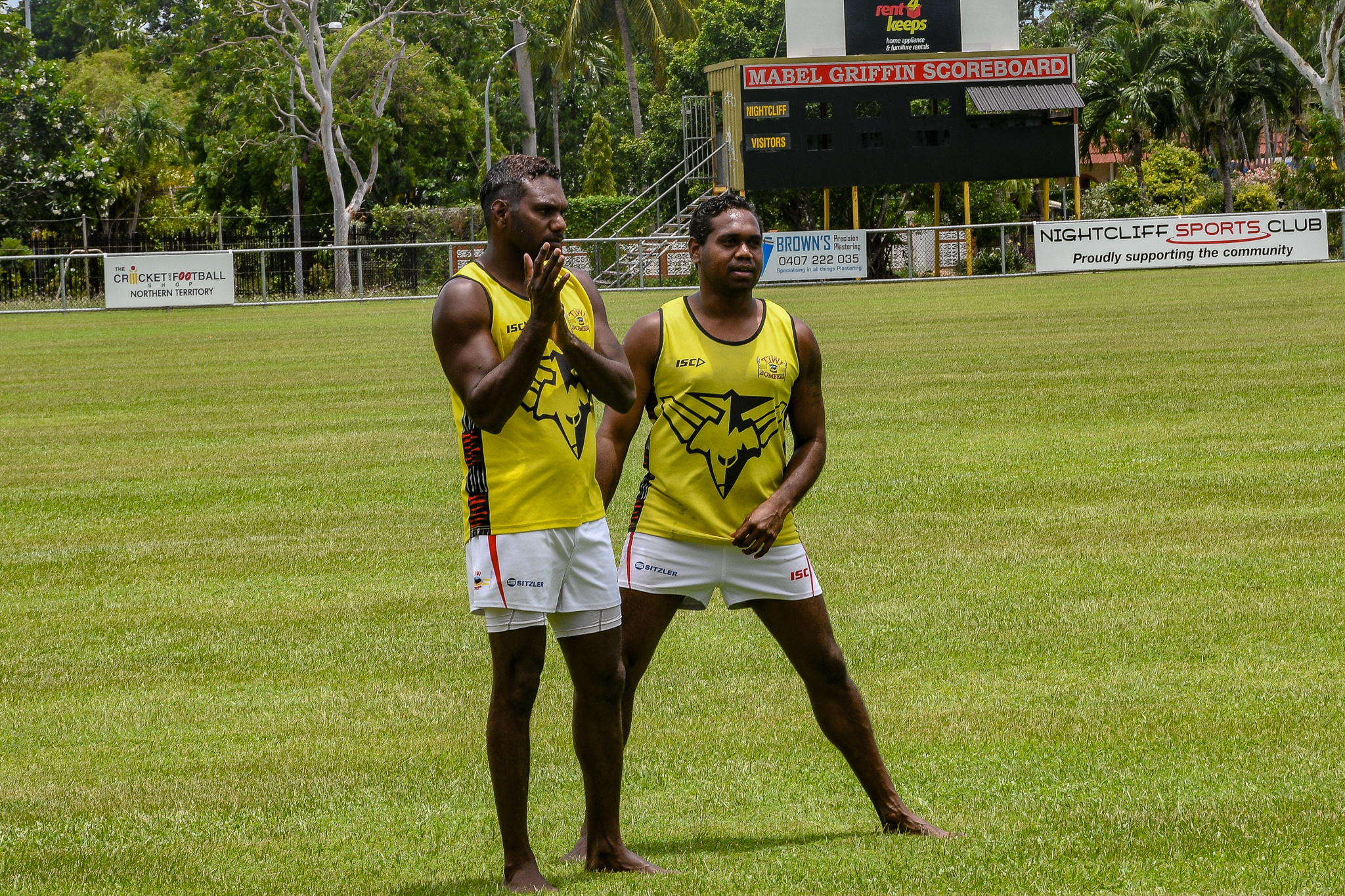 At the time, Patrick Snr was 50, and an inmate at a low-security facility in Darwin. On September 16, 2006, he passed away after a heart attack during a casual game of football. At the mandatory inquest into his death, it was revealed that he suffered from coronary heart disease, hepatitis, and diabetes. The first two conditions were undiagnosed.

Patrick Jnr – Paddy, to most – is now 28, and tonight he will lead the Bombers as they play the Southern Crocs for a spot in the NTFL grand final, to be played on March 16. He does the job of captaincy with a smile and a laugh, rather than with an iron fist, which fits with his own personality, and with the team’s approach to their footy.

Heenan Jnr has a tattoo on his right-arm, with his father’s nickname, Bugsy, and the date of his  passing. He remembers his father as a well-liked, intelligent, hard working man, and a “good fella”.

“I think that’s where I get a bit of my attitude from, and how I am as a person,” he says. 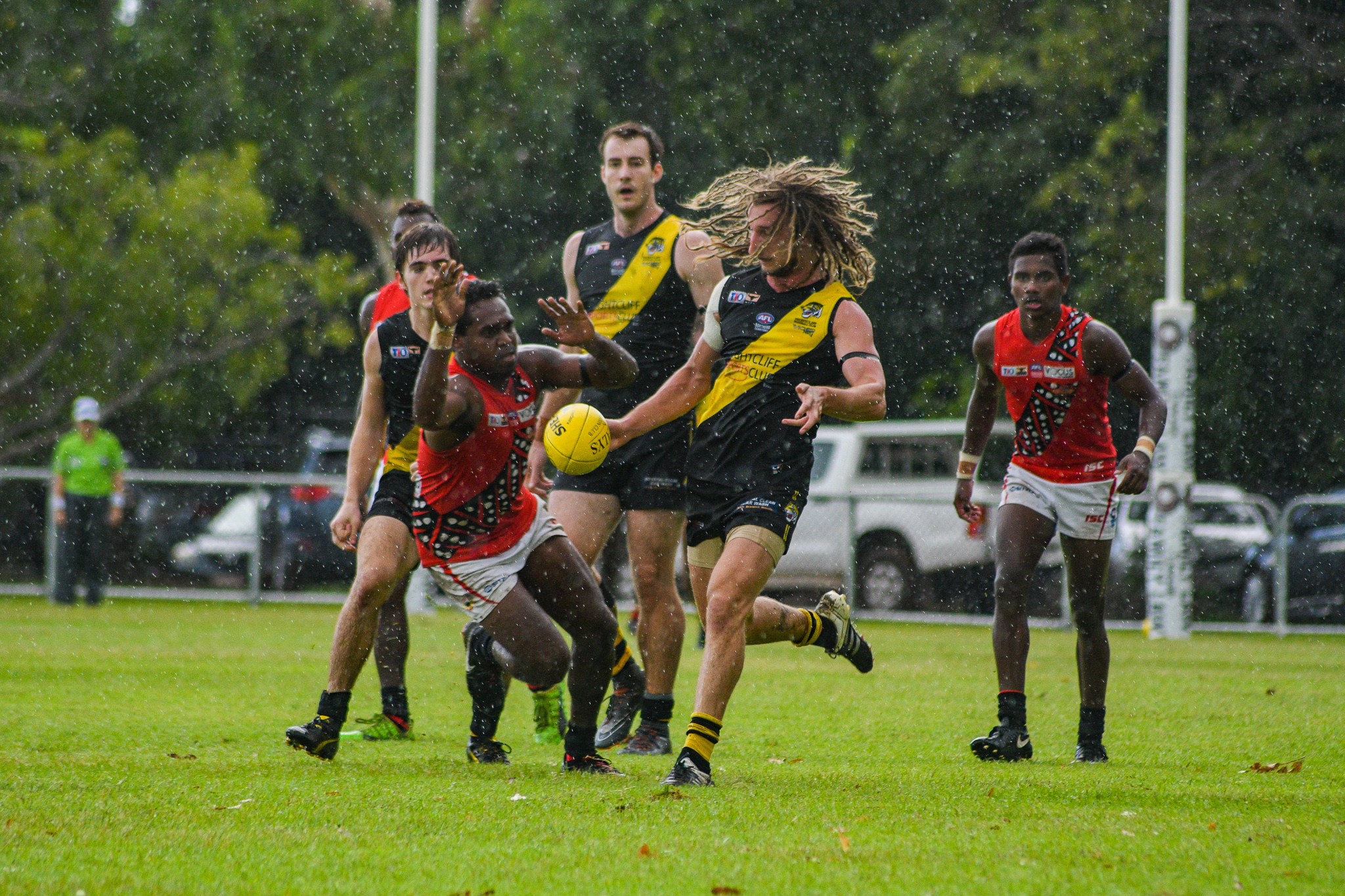 The loss has left him profoundly aware of the need to keep himself fit and healthy. “I’m always watching what I eat, and in the back of my head, I’ve got to be careful of my lifestyle, as well.”

When his father passed away, Heenan was already a promising footballer, playing for Darwin-based club, Palmerston. But that wasn’t his only sporting pursuit. “A couple of weeks after I buried my dad, I was on a trip to New Zealand because I made the Australian Indigenous side for rugby union. I’ve got a rugby background. I spent one or two weeks in Auckland, and out at Rotorua. That was a good experience, but it was really hard.” 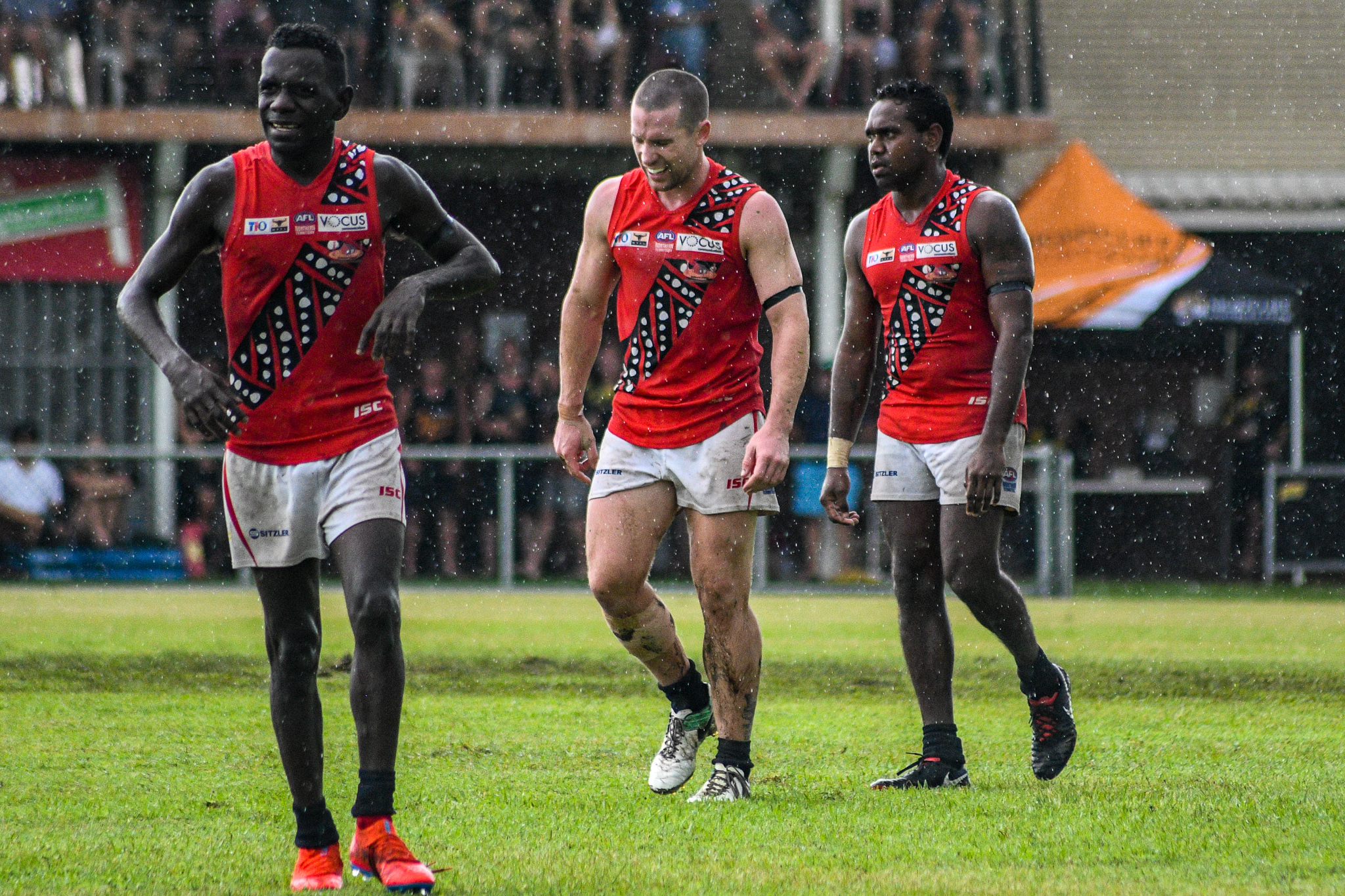 Paddy Heenan with former West Coast Eagles player Ashton Hams during round 15 of the NTFL. Dion Munkara is in the foreground.

“My first year at Melbourne [Grammar], I kept crying. Everything was new to me, new faces. Coming up here in the NT, where it’s so relaxed, and going to Melbourne, where it’s so regimented and everything’s in place and you gotta do things at certain times – I had to get used to that.”

Things became a little easier for Heenan when his current Tiwi Bombers teammate, Austin Wonaeamirri, was drafted to the Melbourne Demons in November 2007. Wonaeamirri is two years older than Heenan, but the pair spent a lot of time together in Milikapiti on Melville Island as kids, and then attended Kormilda College in Darwin.

Heenan says toughing it out in Melbourne was “the best thing he ever did”.

In his final year at Melbourne Grammar, the school’s headmaster, former Test cricketer Paul Sheahan, retired. Heenan danced his traditional Tiwi dance on stage in front of the whole school at Sheahan’s farewell.

At the end of 2009, when his VCE was complete, Heenan moved back to the Tiwi Islands, and started playing for the recently formed Bombers. He played in the their first and only premiership in 2011/12, and also worked as a youth diversionary officer on Melville Island.

That job involved “dealing with youths who got in trouble for the first time”, and subsequently providing activities – like sport and music – that could help keep them away from the justice system. 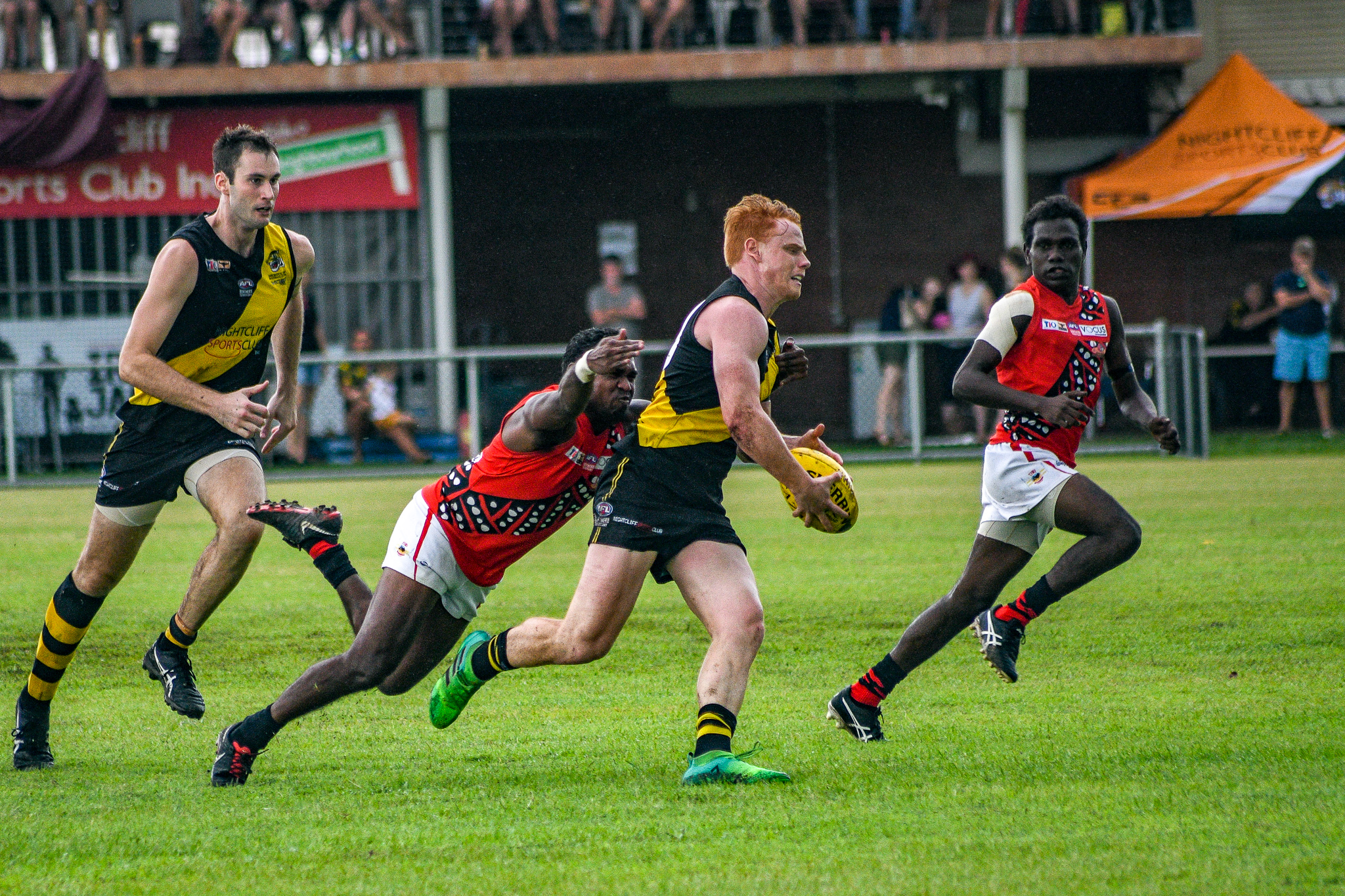 His grandfather, Michael Heenan, was Stolen Generation, and met his grandmother, Anna, at the mission at Pirlangimpi on Melville Islands. “Even people [already] on Tiwi, cause they were light-coloured, ended up at the camp. So my grandmother ended up at the camp, even though her mum was from Tiwi,” Heenan explains.

“That’s why I don’t really enjoy Australia Day. Yeah, we’ve got a lot history, you know, Australia. I just hope one day we can work things out together.”

Michael also had Irish blood, which explains the Heenan surname. “If you go to Alice Springs, there’s Heenans who are non-Indigenous – and we’re related.”

While his father grew up between Milikapiti, Pirlangimpi and Darwin, Heenan’s mother, Selina Sagiba, is from Goulburn Island. Heenan speaks her language, Maung, as well as Tiwi, and English. Because he spent time with extended family in West Arnhem growing up, he also understands snippets of Kunwinjku.

Those language skills come in handy now. Heenan moved back to Darwin in late 2018 to work as a financial counsellor, a discipline that he holds a graduate diploma in. He completed the diploma through TAFE, and the Indigenous Consumer Assistance Network.

Work takes him to communities throughout West Arnhem, and which keeps him touch with his extended family, and his mother’s language and heritage. Then, on the weekends, he captains the Bombers, which he says is about “more than footy”. 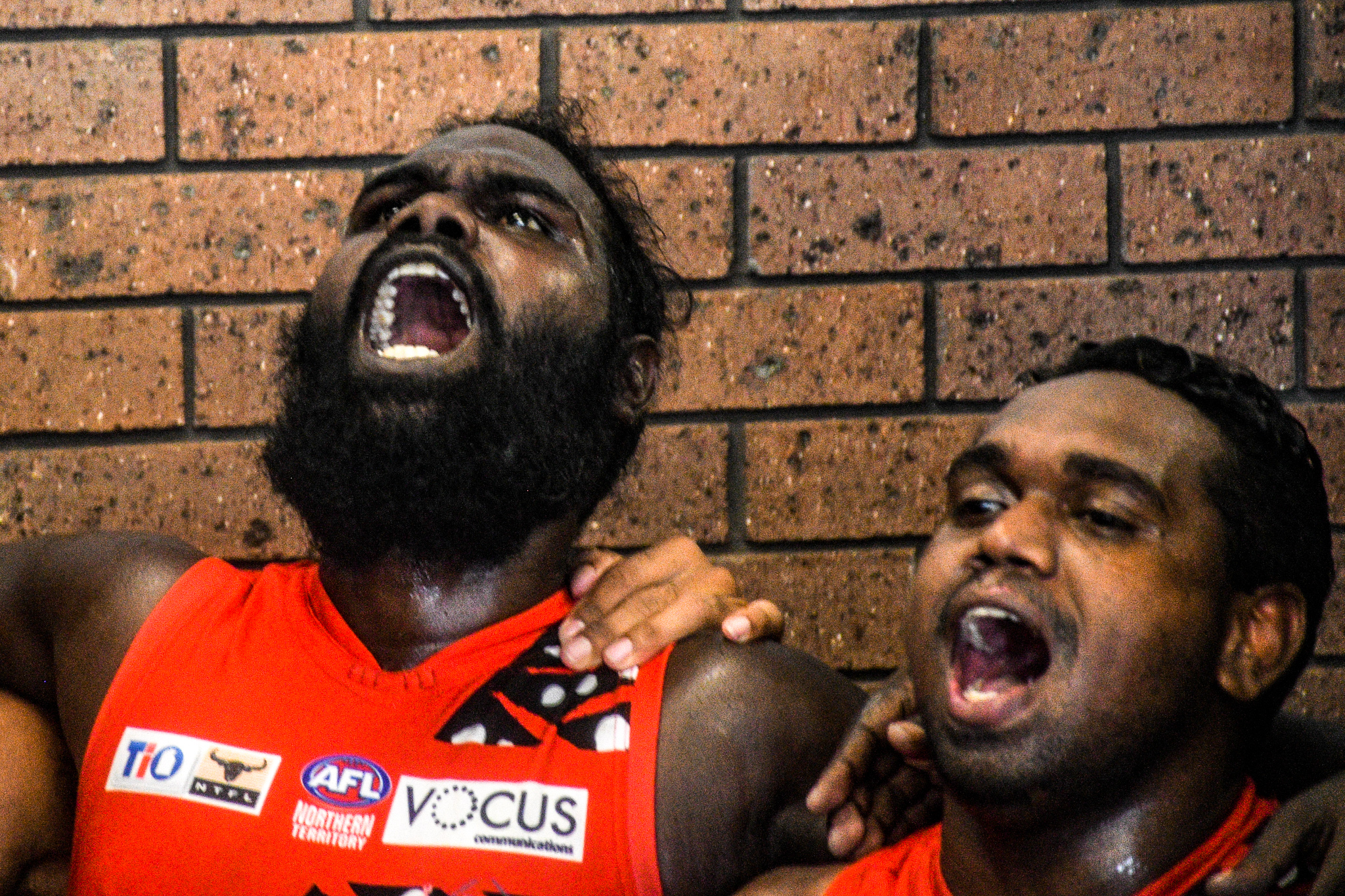 “It’s about our relationships and our family connection. Having our own design, a Tiwi design on the jumper, means much more. Yeah, that feeling, I can’t explain it. You’re just proud, ya know. Proud Tiwi men, running out.

“We didn’t have much growing up. I remember, we used to kick a coke bottle, or any bottle we found on the ground,” he says.

Heenan feels a responsibility to “make sure the club stays strong for the future”. He’s one of many Bombers players with young children. His son, Keith, is two. “If you look around the club today, there’s a lot influences that we have our kids.

“I was able to grow up, my elders were strong, I practised and I remain strong today. I know my identify, I know where I belong and where I’m from.”

Heenan wants the same for his son, and other young Tiwi men. He’s succinct when he reflects on where he’s at in life. “I’m proud of how I’ve turned out.” 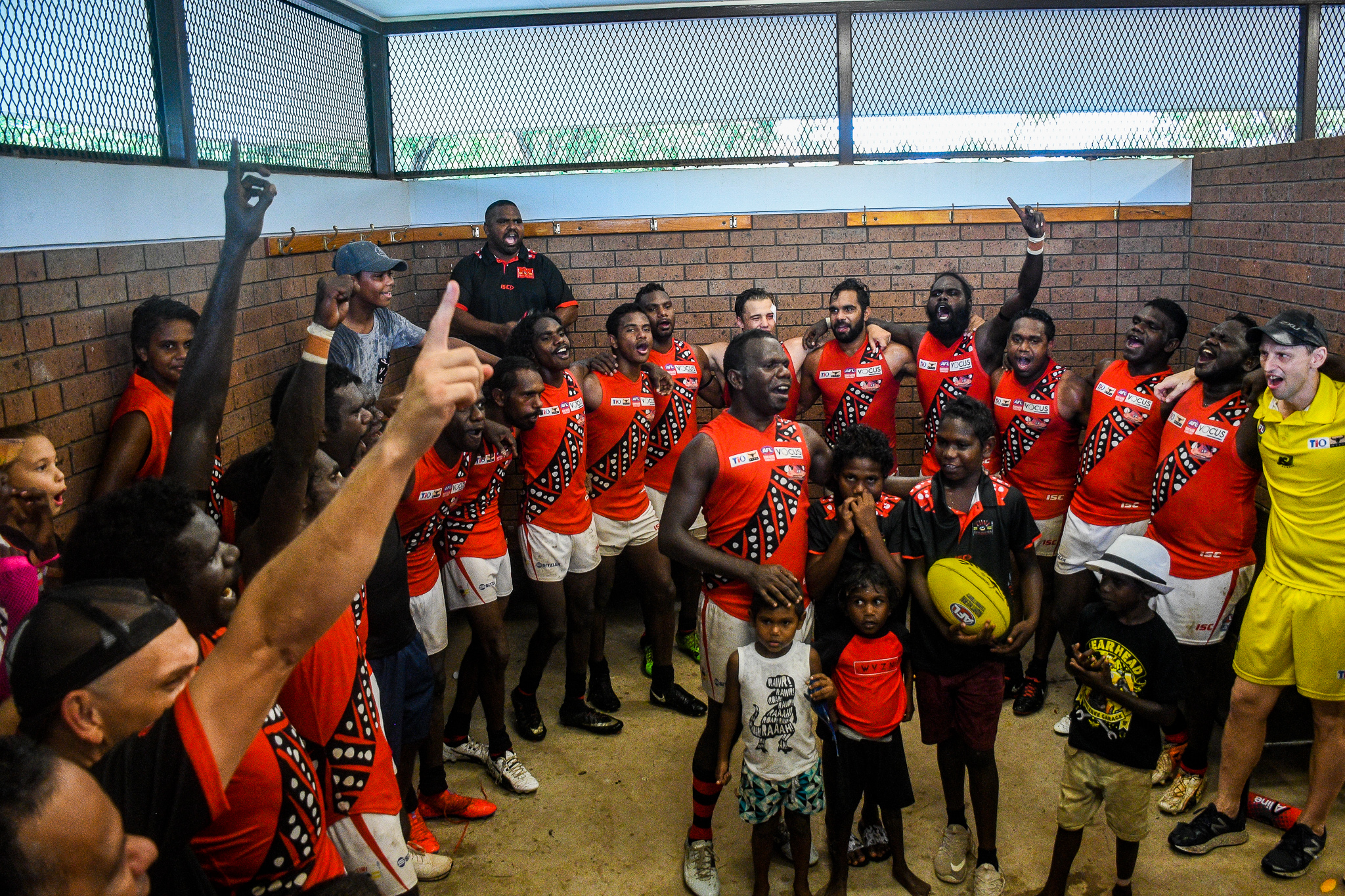 Part One of this series can be found here.

Part Two of this series can be found here.

Additional photos can be found here. 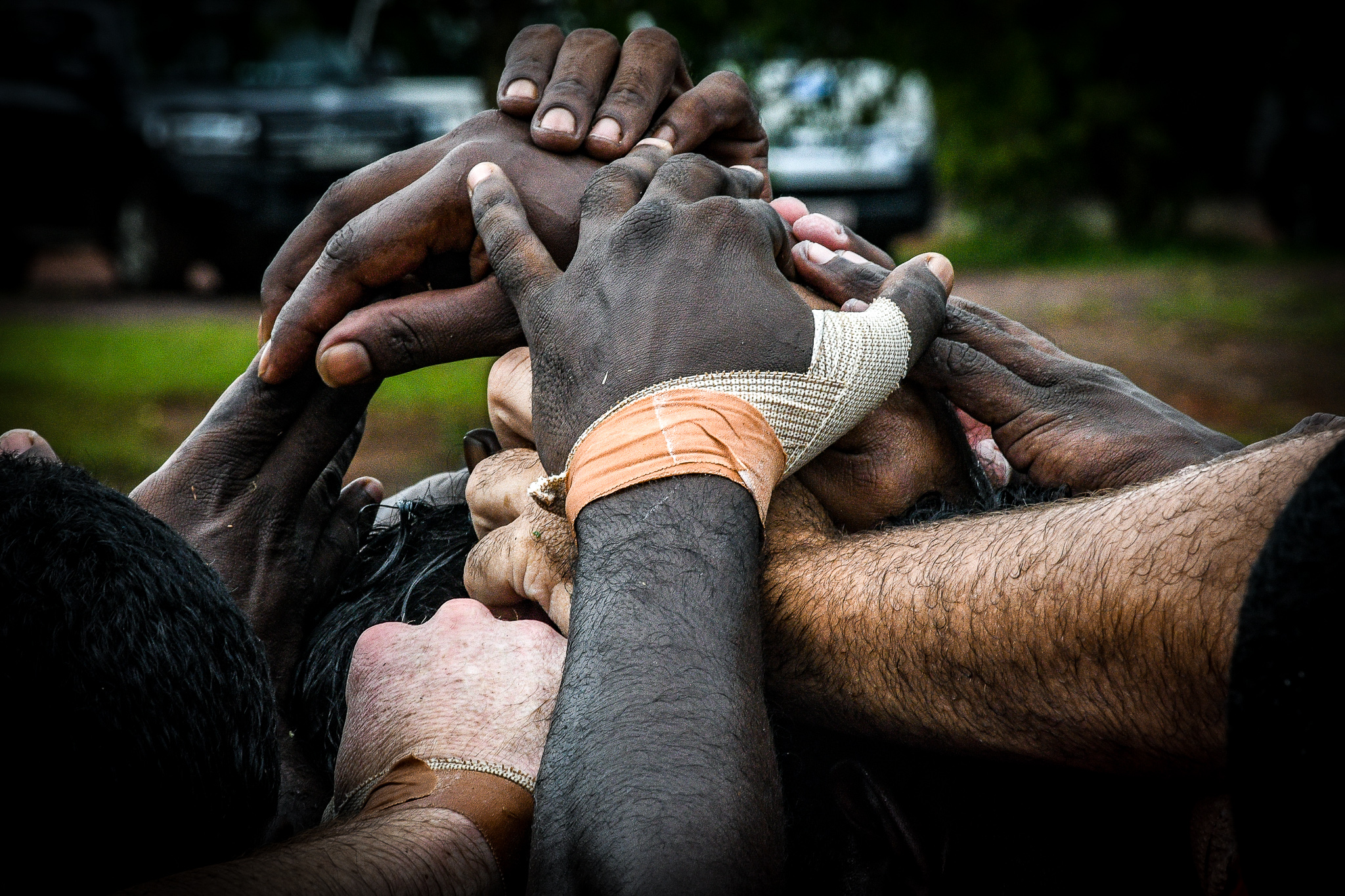 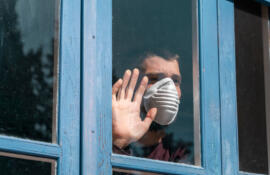