Down under disadvantage: How digital book apps elevate non-Australian voices

As schools and libraries closed during the pandemic, e-book libraries and reading apps provided an important stopgap to ensure children had access to books. In this second article in a series on e-books, Petra Stock reports on what the shift to digital books means for Australian writers and local content. 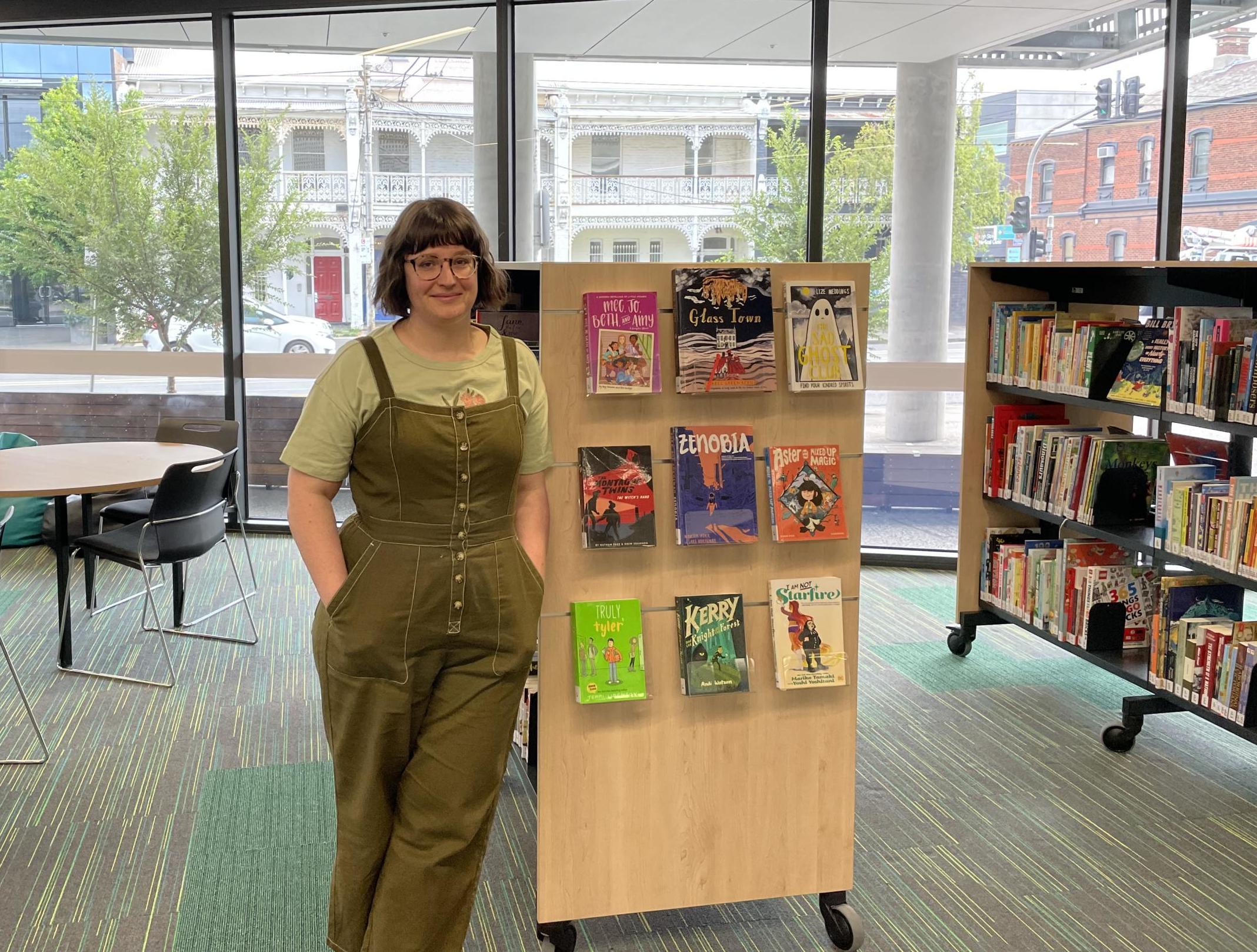 When librarian Karys McEwen scored her dream job building two new school libraries from scratch, she initially focused on building the print collection. She knew from experience that students generally preferred to read in print over digital.

But then COVID-19 hit and changed everything.

With books by local writers and illustrators a priority for her schools, located in Melbourne’s inner suburbs, Australian content became Ms McEwen’s key criteria for choosing an e-book platform.

As the Victorian branch president for the Children’s Book Council of Australia, she knew the Australian books shortlisted for CBCA awards are usually the ones that end up high rotation in libraries and are bestsellers in bookshops.

Yet, as Ms McEwen soon discovered, many of the e-book platforms didn’t include those shortlisted books.

Instead, the platforms were dominated by mainstream, overseas titles, like “your Twilights, and your Harry Potters and your Fault in our Stars and those kinds of things” Ms McEwen said.

As schools and libraries closed during the pandemic, e-book libraries and reading apps provided an important stopgap to ensure children had access to books.

Yet the shift had downsides for home-grown literature, with important Australian books missing from larger e-book platforms, and authors and illustrators losing income in the shift online.

Seven in 10 Australians agree it’s important for Australian children to read Australian books, according to a survey by Macquarie University. The majority surveyed said Australian books, including books by and about First Nations people, help people to understand themselves and their country.

Yet many books by Australian children’s authors and illustrators often aren’t available on the main e-book platforms.

Ms Murray has written books for children of all ages, from picture books to young adult readers.

Like Ms McEwen, she observed that even important, award-winning Australian books are missing from the major platforms.

Ms Murray described the situation as like another weapon of colonialism and cultural imperialism.

“We may as well just become another state of America. I mean, it’s just the death of local content.”

Public and school libraries rely on third-party digital platforms to lend out e-books. In Australia, the main platforms used by libraries include OverDrive, Bolinda, Wheelers ePlatform and Bibliotheca, according to a survey by the Australian Library and Information Association.

Meanwhile other e-book platforms, like Epic and Amazon’s Kindle store, are marketed directly to families as a subscription-based service.

Data gathered by the Australian Research Council’s e-lending project showed Australian books are more likely to be available in print than on digital platforms.

The project sampled the availability of more than 500 book titles – selected from bestsellers and prize winners, including CBCA notables – across different e-book platforms and in print.

Access to a wider range of content, including more Australian books and authors was libraries’ top priority for e-book lending, according to a 2019 survey by the Australian Library and Information Association.

“A very practical reason is spelling”, she noted, before going on to explain there are deeper, more significant reasons too.

“Our culture is what makes us Australian … if you spend too long in another culture, you start to lose that connection… we risk losing our Australian sense of identity,” said Ms McKerracher.

Berbay’s founder, Alexandra Yatomi-Clarke said, as well as local literature, it’s important that Australian children have access to “the richness of children’s books from around the world”.

Berbay was the first Australian publisher to sign with e-book platform Epic and began releasing titles through the platform in 2021.

For the Melbourne-based publisher, making their books available in digital form through Epic is a way to gain access to the North American market.

“We know Epic is the biggest in America … it has the most reach in schools,” Ms Yatomi-Clarke said.

Publishing books in digital format is also a “a great way to keep the book alive”, when titles have low sales or are out of print, she said.

This is because the cost of printing and warehousing, and minimum print runs can make it uneconomical for publishers to keep printing books with low sales. Continuing to make these titles available as e-books is a way to keep these books accessible.

Pricing analysis of e-book licences by the e-lending project also suggests it may be cheaper for libraries to maintain digital copies of books with significant cultural value but low circulation.

Ms Yatomi-Clarke said, in some cases, the digital version might even “spruik sales” and generate demand for reprinting old titles.

Untapped is a real-world example. The project is bringing out-of-print Australian books back to life in digital form, an effort that has resulted in one publisher offering to return the titles to print. 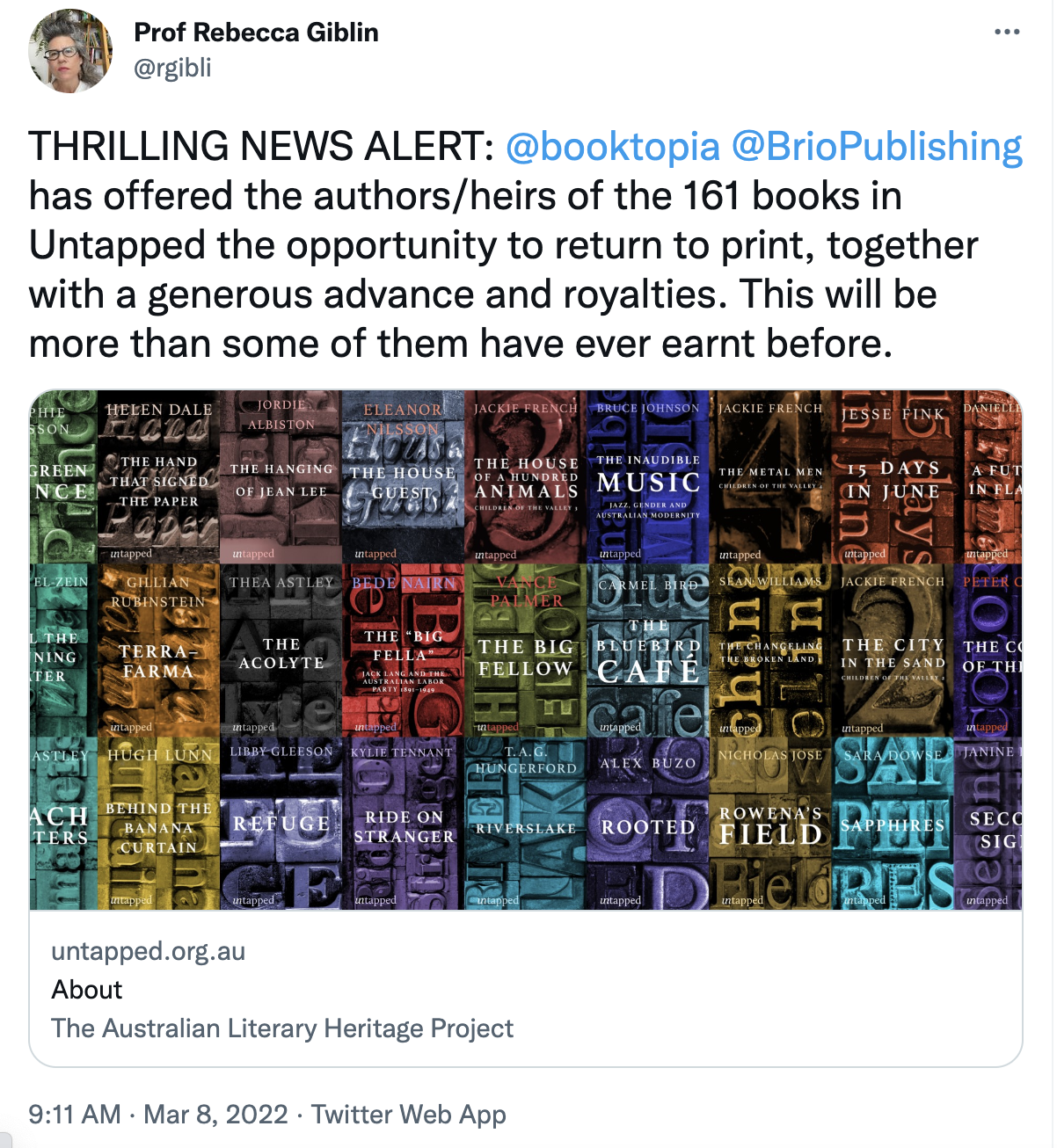 The Untapped collaboration between library organisations, the Australian Society of Authors, and the Melbourne Law School, identified what the project has termed ‘lost literary treasures’. These are culturally significant Australian books, including award winners and bestsellers, now out-of-print and inaccessible to readers.

After obtaining rights and permissions from the authors, the Untapped project scans and makes the titles available to borrow as e-books from public libraries, or to buy directly from e-book platforms.

As well as reviving these lost treasures, Untapped lead researcher Professor Rebecca Giblin said the project aims to address a “big data gap” regarding the relationship between e-book lending and sales.

There have been thousands and thousands of loans in the first couple of months alone, she said.

Children’s books brought back to life by the project include Gillian Rubinstein’s 1980s cult classic Space Demons, Colin Thiele’s The Fire in the Stone and several by bestselling authors Isobelle Carmody, Sean Williams and Jackie French.

Having heard about Untapped, Booktopia offered to contribute to the project by creating a print option for readers.

David Henley helped to found the independent publisher Brio Books. Then when Brio became part of Booktopia last year, he took on the role of fiction publisher.

“Many of these books were bestsellers in their day but due to market vagaries and how different companies operate, they fell out of print. There are so many great books, both popular and award-winning, that just aren’t accessible anymore,” he said.

As well as contributing to the project’s data gathering, Mr Henley anticipates the decision to re-print the lost treasures will pay off commercially.

“We have consistently found that bringing books back into print has found a new market for keen readers,” he said.

As well as books being available in print and digital forms, children’s ongoing access to local literature depends on Australian writers, illustrators and designers being able to earn a sustainable income from their work.

Eighty-one per cent of authors earned less than $15,000 last financial year. Meanwhile, a majority (58 per cent) said they earned less than $2,000 annually for their work, according to the 2021 annual survey by the Australian Society of Authors.

Australia’s lending rights schemes pay book creators a kind of compensation when their books are held and loaned out by public and school libraries. The payments can make up nearly a third of what an author earns.

“Children’s books can be kept in public and school libraries for a very long time, giving authors and illustrators a source of income while they create their next works,” she said.

Yet payments are currently based on the number of physical paper copies held by libraries, as the lending rights schemes have not been updated to reflect the rise of digital lending.

In Victoria, the state hardest hit by lockdowns, digital lending by public libraries rose 76 per cent in 2020-21 above pre-pandemic levels, while loans of physical resources like print books declined 45 per cent, according to Public Libraries Victoria.

The uptick in digital loans and decrease in physical loans was a trend mirrored in other states, a survey by the Australian Library and Information Association found. Digital lending platform OverDrive said in a press release that Australian e-book circulation grew 41 per cent in 2020.

Ms Lanchester said the increase in e-book lending was a problem because authors don’t earn payments under the scheme for e-book loans.

This was an additional blow for writers, many of whom lost income from other activities during the pandemic as visits to schools, libraries and festivals were cancelled or moved online.

A parliamentary inquiry into post-COVID-19 recovery for the arts recommended the lending rights scheme be reviewed to ensure authors are compensated when their books are loaned as digital editions through libraries.

The federal government “recognises the significant contribution writers and publishers make to the cultural life of Australia and supports them through a range of continuing Government programs including the Public and Educational Lending Right schemes,” a spokesperson for the Department of Infrastructure, Transport, Regional Development and Communications said in April.

“The Office for the Arts continues to monitor the lending of e-books and audiobooks by libraries, including analysing the impact digital borrowing has on remuneration provided through the lending rights schemes, and engages regularly with key industry groups on this matter,” the spokesperson said. 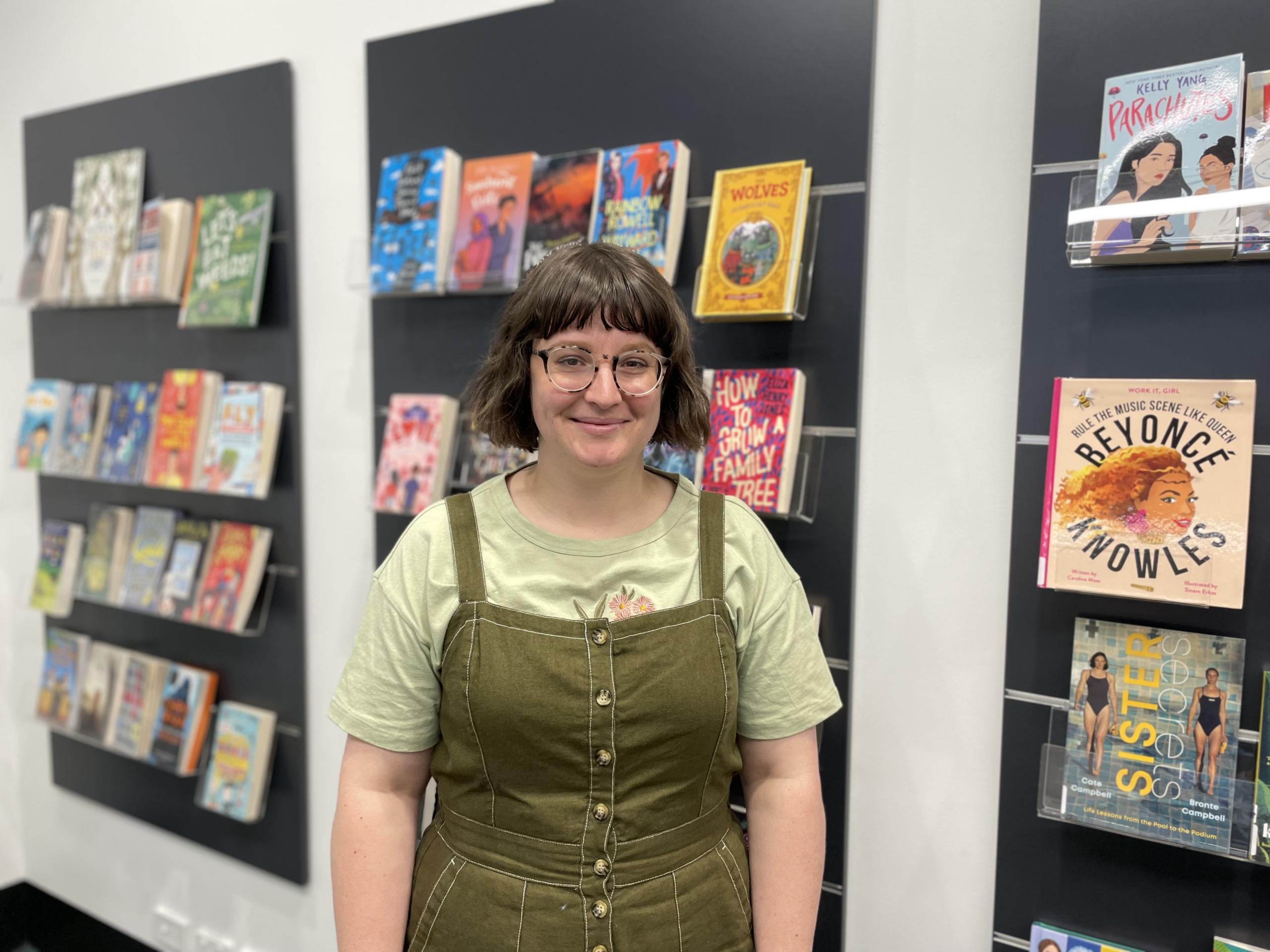 While the longer-term issues are worked on, Ms McEwen had a pressing decision to make.

She ultimately chose an e-book provider, opting for the Wheelers ePlatform, one of the few e-book platforms based in Australia and New Zealand.

Ms McEwen said ePlatform compared well in terms of access to Australian literature. For example, she found the platform had the most CBCA shortlisted books compared with other options.

The company had at least four out of the six shortlisted CBCA titles for children aged 13 to 18 years old, and were happy to add the two remaining books after Ms McEwen wrote to them.

Since then, ePlatform appears to have seized the opportunity to lead in providing local books. The company recently added a new suite of titles including most  of the 2022 CBCA notables (the longlist for the annual awards) as well as other books in response to member requests.

Ms McEwen said it’s crucial that children have access to Australian books, especially those shortlisted for the CBCA awards.

“It is important that we give young people access to these types of books so they can engage with quality local literature, have discussions about what makes ‘a good book’, and fuel their lifelong love of reading from a young age.” The Bard in the Anthropocene: A human drama on an angry planet Look, no hands! All aboard Victoria’s first driverless bus, and the future