Researchers are drilling into remnant billabongs across the city to document the landscape as it was under Aboriginal management. Jack Banister reports. 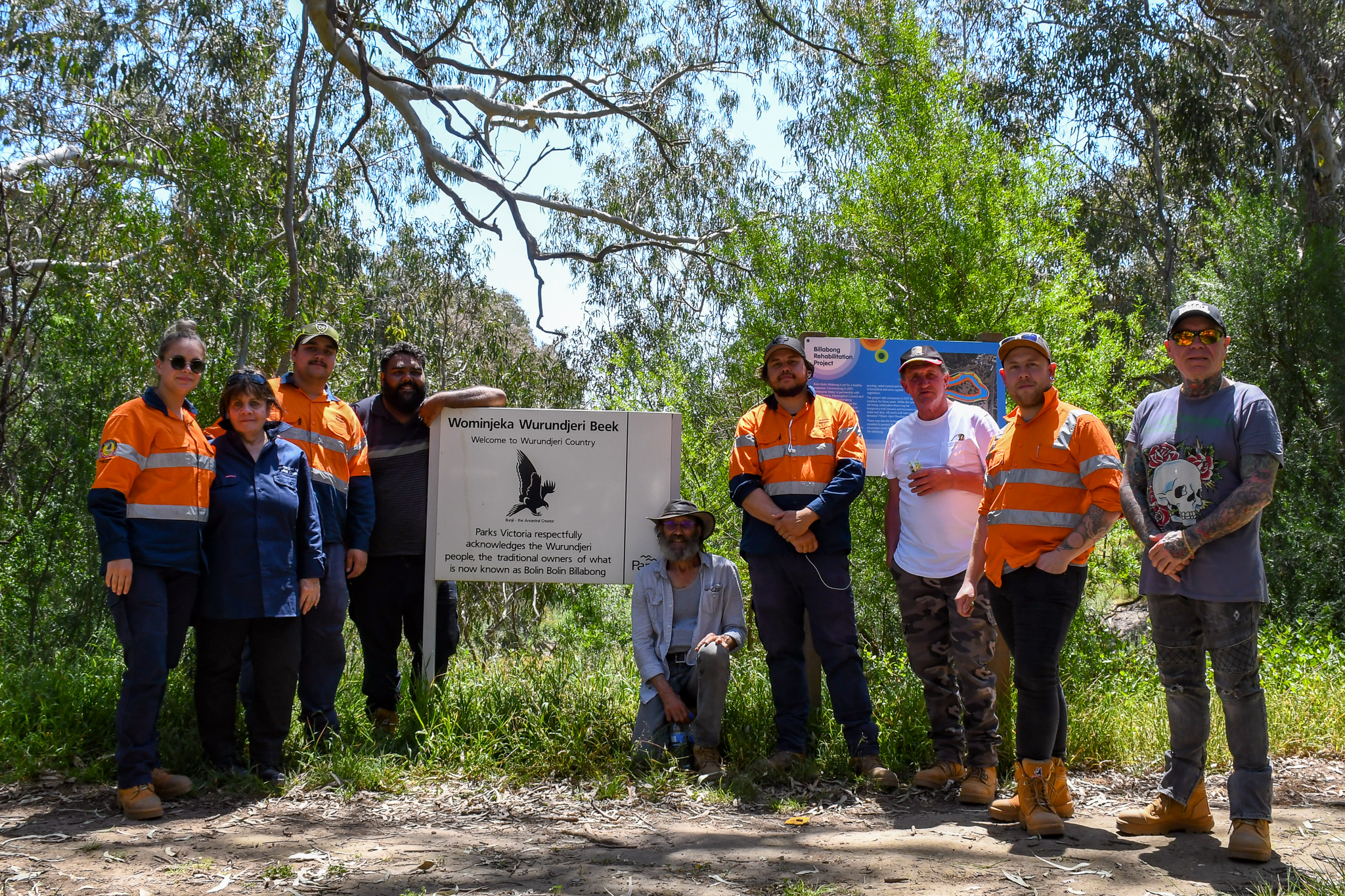 It’s a Wednesday morning, and as commuters make their way toward the city along Bulleen Road – a busy thoroughfare in Melbourne’s north-east – several vehicles detour into an easily overlooked, unsealed car park.

A team of geographers gather on the shores of the brown and shallow Bolin Bolin Billabong, where the dull roar of traffic fades behind the warbling of magpies and the rustle of the breeze through the trees. A stone’s throw from modern Melbourne but a world away, the fragile tranquility is broken as the scientists fire up an electric drill and get to work. Led by Wiradjuri man Dr Michael Fletcher, a renowned geographer from the University of Melbourne, the team constructs a pontoon, which they then float to the centre of the billabong. From that vantage point, Dr Fletcher and his crew will drill and extract four sediment cores from beneath the still water. Within these muddy cores are powerful clues about the hidden, traditionally potent history of this place stretching back several millennia.

By analysing what is in the sediment – from the traces of pollen, and layers of charcoal and organic matter, to the DNA of lost creatures and microorganisms – and collaborating with the local Wurundjeri Woi Wurrung Elders and community, Dr Fletcher will add to the collective knowledge of this secluded spot.

“We’re trying to really reimagine Melbourne, as it was prior to British invasion and under Aboriginal management,” Dr Fletcher says.

This coring exercise is phase one of a research program that will draw on both scientific and Indigenous knowledge to explore and document remnant billabongs across Melbourne. It’s about “helping Melbourne reconnect to its hidden treasures,” says Dr Fletcher.

The Wurundjeri Woi Wurrung people are the Traditional Owners of the Bulleen and Heidelberg area, which was connected to Melbourne through the Birrarung river system. The Melbourne area was once so lush with waterways and bushland that palaeontologist and conservationist Tim Flannery has likened it to a ‘temperate Kakadu’.

This billabong off Bulleen Road, now bordered by sporting fields, golf courses and roads, was part of a vast system flowing out from the major artery, the Birrarung – the Yarra River.

It’s hard to conjure what has been lost. Where Crown Casino sits today “was a giant swamp,” says Dr Fletcher.

“There was a waterfall where Elizabeth Street flows into the Yarra, and where Spencer Street was, there was actually a rock bar across the river.”

Yarra “improvement” works in the late 1800s, at the height of the gold-rushed fueled expansion of ‘Marvellous Melbourne’, severed the Bolin Bolin Billabong and others like it from the river because natural flooding was interrupting day-to-day life as the metropolis grew, Dr Fletcher says.

This billabong is one of five that remain in urban Melbourne, says Wurundjeri Woi Wurrung Elder Uncle Dave Wandin. With the rest long since filled in or turned into tips by colonisers, this place is all the more precious, providing an “ecological window into what the billabong system used to look like,” Uncle Dave says. Dr Fletcher, who has studied many similar sites across Australia, observes that the removal of Aboriginal management after colonisation almost inevitably lead to ecosystems becoming less diverse, and less healthy.

By midday, he has confirmation that this site follows the trend. He’s collected the first of four cores by rowing out to the pontoon with his crew and using a two-metre long metal stick to push a clear plastic tube deep into the earth beneath the metre-deep water.

They focus their attention on the first, metre-long core, now sealed in the clear, plastic tube. Though a full laboratory analysis will take approximately six months, and will involve high-tech geothermal scanning, this core already tells the story of this billabong’s post-colonial decline.

The top section – containing the most recent sediment – looks more like tar than earth. There’s a distinct change in colour about a third of the way down, from deep, jet black, to a lighter, healthier brown, and that’s what Dr Fletcher points out now.

“There’s a definite change from here,” he says, pointing to the bottom of the tube “into this really black muck. I think this black muck is going to be post-British kind of pollution. It really stinks, and it’s just yuck. You get into this older stuff down here – it’s going to probably be when your mob were managing [the place].”

Uncle Dave – one of the key Aboriginal fire knowledge holders who helped to develop the Victorian Traditional Owner Cultural Fire Strategy – hopes that the analysis of the charcoal within the core will provide clues about traditional Indigenous practices in burning and managing the site. This, in turn, could inform the use of fire to promote natural regeneration around the billabong, rather than relying on chemicals to control weeds.

“I look at a landscape and try and imagine what it was … and that’s going to give me information,” he says, pointing at the core.

“Hopefully we’ll find out from the charcoal in this the frequency of burning and the type of burning … the simplest way of us managing the land was using fire.”

Dr Fletcher and Uncle Dave discuss how the area around the billabong has become cluttered with trees and wild undergrowth. One enormous red gum they point out is particularly instructive of the changes that have played out. It branches outwards, rather than upwards, a sign it grew in a much more open landscape, not amongst today’s closely grown “mess”, as Uncle Dave describes it. Listening in on this exchange is Delta Lucille Freedman, Project Manager for the Wurundjeri Woi Wurrung Corporation, who is conducting a cultural values study of the Bulleen-Banyule Flats area on behalf of the Department of Environment, Land, Water and Planning. What she’s hearing resonates with archival and published material, from figures like Melbourne surveyor Robert Hoddle and pastoral holders, who frequently wrote that this landscape was a thinly wooded grassland. Observations of broader Wurundjeri Woi Wurrung Country indicate it was burnt in the warmer months.

The grasses are now pasture grasses, rather than native ones, which impacts insect health. Dr Fletcher’s pollen analysis will show how the vegetation has changed and inform the landscape’s revival.

If the seeds of the old vegetation can be sourced, significant replanting could be undertaken by the Wurundjeri Woi Wurrung Narrap Rangers, an Indigenous land management team

The involvement of the Narrap team is vital because, as Freedman points out, the landscape has always been cultivated and cared for by Wurundjeri Woi Wurrung people.

“From an anthropological perspective, it was not a natural landscape, but a cultural landscape that was shaped over millennia by Wurundjeri Woi Wurrung beliefs, traditions and land management,” she says.

Their love of this place is evident in how they cared for it, and in the archives, which show how hard they fought to maintain their presence here.

Freedman suspects “Bolin” traditionally referred to a broader area encompassing the neighbouring billabongs. Back in 1840, in the early days of colonisation, Woi Wurrung people made a request to the Port Phillip Aboriginal Protectorate for a permanent reserve to be established in this area. Because non-Indigenous settlers were already on the land, Nerre Nerre Warren Reserve was chosen instead, but the Wurundjeri Woi Wurrung continued to live in the area and practiced their traditions on this land until they were moved onto Acheron Station, established in 1859.

“When we were kicked out, we weren’t allowed to go back down into the city. This is sort of the closest where we felt comfortable, where we weren’t really interfering,” Uncle Dave says. The Bolin Bolin Billabong was an important area for ceremonies and dances involving neighbouring clans, a gathering place, and had an ecosystem that could support between 300 and 500 people, he says. The Wurundjeri Woi Wurrung people would have fished for eels by burning the reeds in the still water here, knowing they would congregate in the warm shallows. They could then be fished with a spear.

“It’s like a day spa for an eel,” Uncle Dave jokes.

They would have come here to shed fat and then migrate north in their epic journey to the saltwater of the Coral Sea to breed. In running water, the Wurundjeri Woi Wurrung would have used stone eel traps, a common practice across Victorian Aboriginal groups.

There might also have been magpie geese to hunt and eat, a species now mostly associated with the Northern Territory. Uncle Dave says he’s sad he’s never seen one, because early reports indicate they were once prevalent.

Glancing around the modern billabong, he says he’d now “be flat out trying to get a feed for me and two kids” from this once ecologically diverse spot.

“It looks beautiful. It looks nice and green, but it’s not its natural landscape. But it doesn’t mean we just leave it alone and do nothing,” he says.

“We call it caring for Country today, but it’s caring for our mother … she nurtured us, she nurtured our Ancestors, and she’ll continue to nurture us if we look after her in the way that she’s been looked after for tens of thousands of year.” A version of this story is co-published here by Guardian Australia. 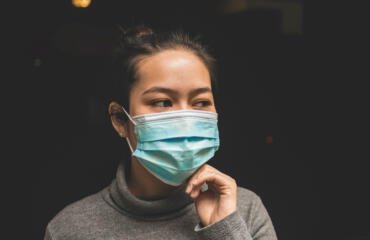