As Taliban takes control, aid agencies brace for what’s next

International aid programs provide crucial health and education services in Afghanistan. As the Taliban returns to power in Afghanistan, agencies grapple with urgent safety concerns for local and international workers – among them many Australians – and big questions around future operations. Jordyn Beazley reports. 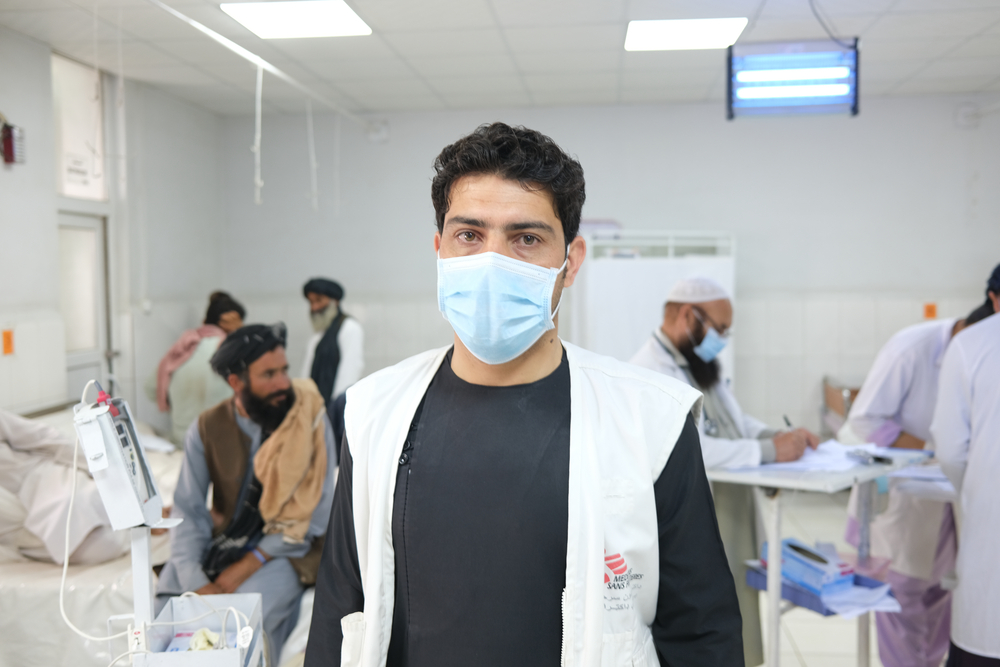 With crucial international humanitarian programs in Afghanistan suspended or scaled back as Taliban forces take control, Australian aid agencies are scrambling to repatriate or secure their international workers on the ground and to safeguard local workers.

World Vision told The Citizen its international staff are determined to stay and deliver their programs, while CARE confirmed its planning safe departure options for international staff. Prime minister Scott Morison announced on Monday efforts are underway to evacuate the 130 Australians presently working in Afghanistan, many of them aid workers and their families.

“Communication is limited at the moment, and the situation is changing quickly,” said a spokesperson for World Vision. “At this stage, World Vision is determined to stay and deliver as the country has huge humanitarian needs.”

Agencies are navigating an uncertain future around how their operations will look under a Taliban-controlled government. Immediate concerns are staff safety and supporting a population that was already embroiled in multiple humanitarian crises. Longer term, experts fear conflict with Taliban ideology may threaten program operations and independence. 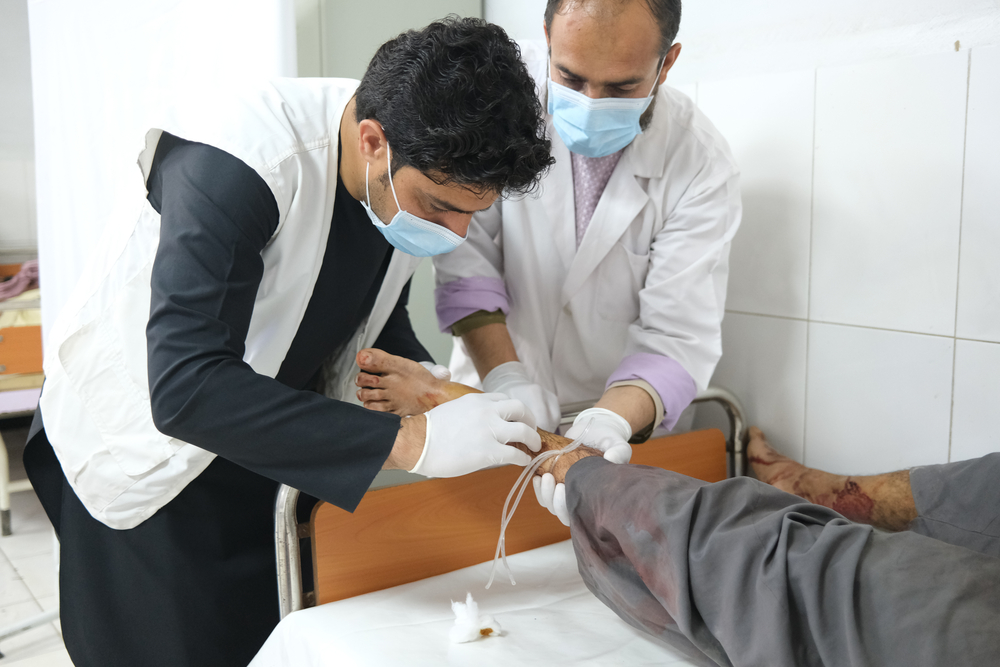 It’s “too early to tell” what the Taliban’s position will be towards aid agencies, said Rodger Shanahan, a research fellow at the Lowy Institute and an expert in political Islam. He’s concerned that programs viewed by the Taliban as against their interests, particularly those that support the rights of women and girls, could be shut-down.

Advancing gender equity and education for girls has been a major focus for a number of aid agencies since 2001. Prior to this, only 50,000 girls were enrolled in school. By 2017 2.5 million girls were attending school, according to figures by CARE.

But Mr Shanahan expected health, education, and agriculture programs would continue because “it is in [the Taliban’s] interest to do so” as foreign aid has long formed the backbone of Afghanistan’s economy.

“Taliban 2.0 will want international recognition, because it will make it easier for them to access funding to help run the country.”

In 2020, there were 165 humanitarian organisations operating in Afghanistan, providing services to some 12 million people. Aid agencies are responsible for delivering many of the nation’s education, healthcare, agriculture and water and sanitation services.

“That’s why there’s a possibility that Taliban 2.0 might be different for pragmatic reasons.”

Australia’s estimated direct foreign aid budget for Afghanistan for 2021-2022 is $51 million. Its  contribution to bilateral programs for the same period is $50 million.

There’s immediate concern around the Taliban’s history of launching attacks against foreign aid agencies. Afghanistan is recognised as the most dangerous place in the world to be an aid worker, with many workers living in guarded compounds and travelling via armoured cars. In 2020, 276 aid workers suffered major violent attacks and 108 were killed in Afghanistan, according to the Aid Worker Security Database.

The risks are particularly high for local aid workers and organisations who are often relied upon by international agencies to deliver programs in high-risk areas. The Citizen understands some local aid workers are fearful of what the Taliban-controlled government could mean for their safety.

Several major aid organisations told The Citizen the safety and well-being of their local staff is a main priority.

Mr Shanahan said despite the Taliban having launched attacks against aid agencies and their staff in the past, this targeting was likely to isolate the government from the international community. Having gained political control, they would likely change tact.

“They’ve now got the role of actually administering Afghanistan, and being amicable to NGOs will make it easier for them to do that.”

Some aid agencies already had structured dialogue with the Taliban to gain safe access to areas controlled by the group, for example to administer polio vaccines.

But in 2019, the Taliban briefly banned the International Committee of the Red Cross and the World Health Organization from operating, accusing them of conducting “suspicious” activities during vaccination campaigns.

Last year, Reuters reported that the Taliban had ordered all aid agencies and private companies operating in Afghanistan to register their activities with the group due to the belief some were operating “against national interests”.

Médecins Sans Frontières told The Citizen it was continuing to run medical activities in Herat, Kandahar, Khost, Kunduz and Lashkar Gah and would continue to do so as long as the security situation allowed, but clashes between forces had impacted services for women.

In early May, admissions to the agency’s maternity ward at Boost hospital fell by 20 percent in the first three days of fighting around Lashkar Gah city.

World Vision, Save the Children, and CARE, and the UN have also confirmed their programs are temporarily suspended while they assess the security situation. 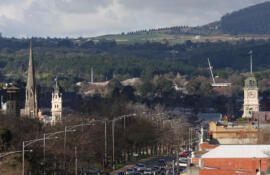 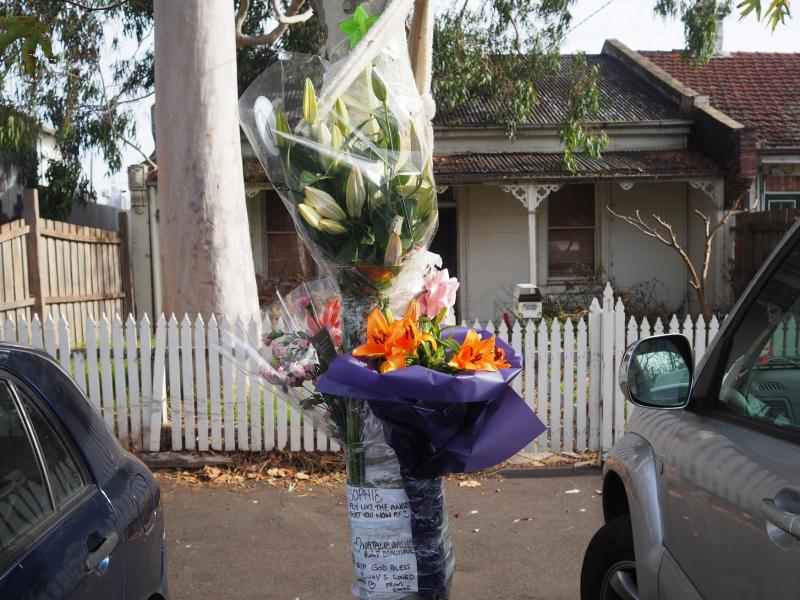