Anders Furze on watching — and hearing — the slow train wreck that was performer Amy Winehouse’s demise. 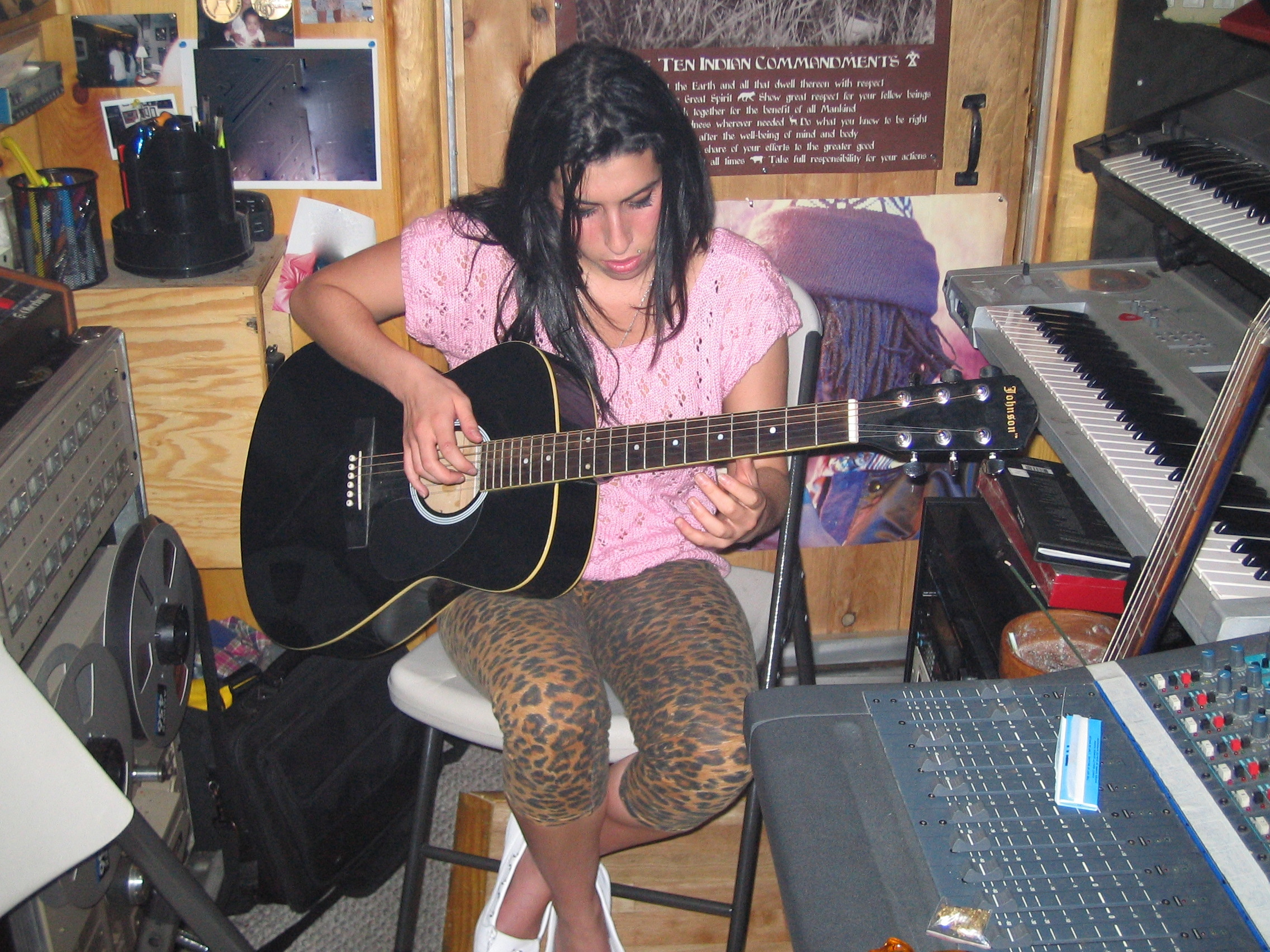 It’s easy to forget that you don’t just watch a movie, you also hear it. But some films actually demand to be listened to.

Asif Kapadia’s documentary Amy, which tracks singer Amy Winehouse’s rapid rise to stardom and death at 27,is one such film. It is powerful, unflinching in pursuit of its chosen thesis and, in its manipulation of both sound and image, surprisingly cinematic.

This is due in part to its distinctive style. Kapadia’s interviewees are heard but never seen, except in archival footage of what they’re narrating. There is an intriguing rupture between how the people who surrounded Winehouse look and sound in the footage we see, and how they sound in their narration. You can discover quite a lot about somebody from their voice.

When we first hear Blake Fielder-Civil, Winehouse’s 32 year-old ex-husband sounds exhausted. His voice sounds like it has been irrevocably hoarsened by the damage wrought by years of hard living. 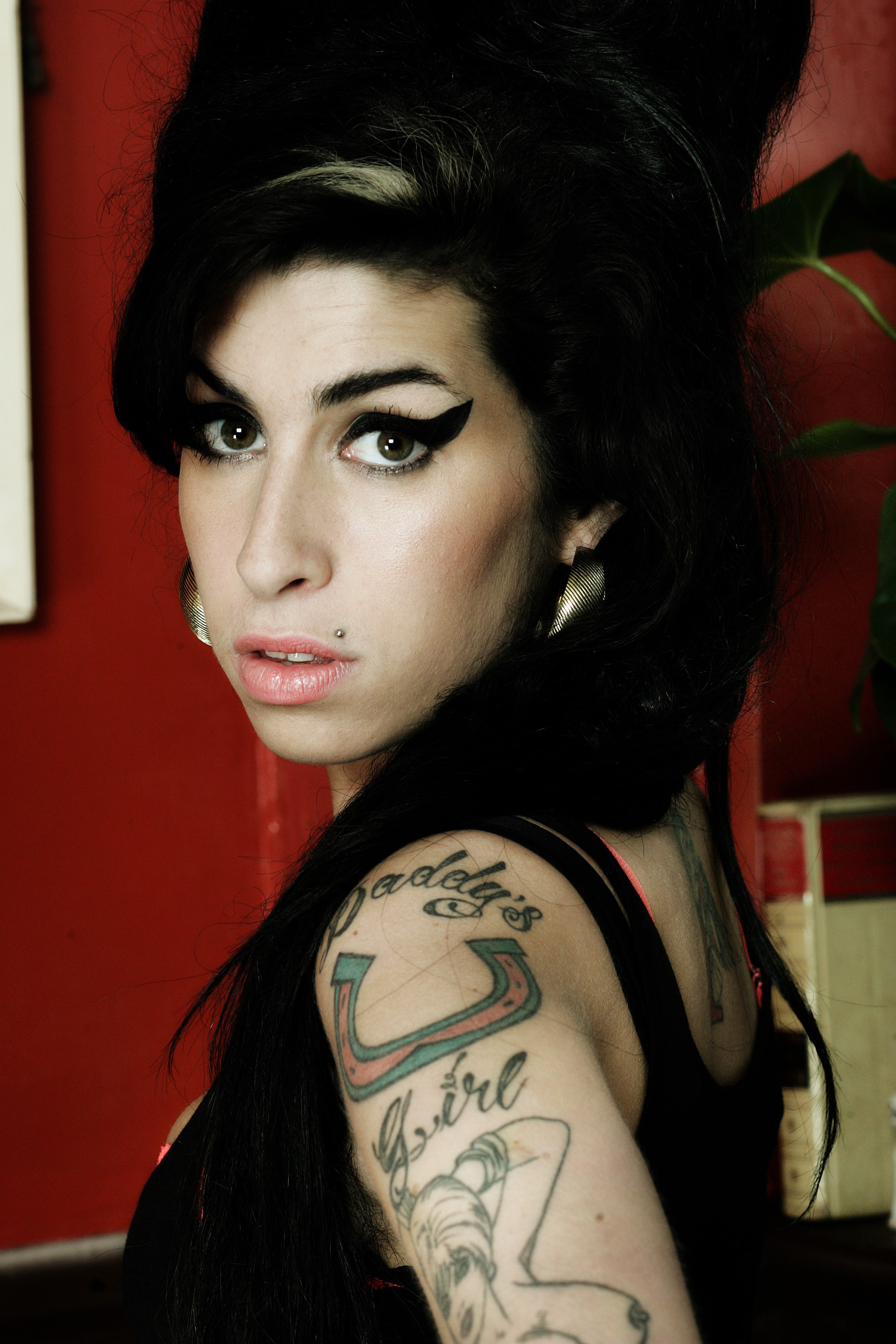 And then there is the famously distinctive voice of Winehouse herself. Her vocal ability somehow managed to transform highly personal lyrics into the realm of the universal. Until suddenly it couldn’t.

In footage of her now infamous Serbia concert, we watch Winehouse refuse to sing, stumble around the stage and mumble her way through a few tracks in front of an increasingly agitated audience.

Amy suggests that a stage in Serbia was the last place Winehouse should have been at that time. But her manager, his voice sounding unrepentant here, convinced her otherwise.

They tried to make me go to rehab, goes Winehouse’s most famous song. And then: I don’t ever want to drink again, I just, ooh, I need a friend.

Amy Winehouse’s biggest hit is also a fairly explicit cry for help that we all managed to rationalise away or ignore at the time. Her childhood friends, voices cracking with emotion, appear to be the only people providing any sort of resistance on the path to self-destruction that she rapidly navigates here.

But the odds are stacked very much against them, and her. The nature of fame is such that in the wake of an artist’s breakthrough, their human agency all but disappears.

In a moment of Amy that is both exciting and terrifying, a camera attached to a drone slowly rises over New York City at dawn. An American commercial radio station playing ‘Rehab’ comes blaring onto the soundtrack as the camera rises. The song echoes down the city’s glass canyons, and forever out of Winehouse’s control.

There is a fascinating trajectory in the footage Kapadia chooses to present us, and it mirrors this surrendering of control.

But it’s clear she’s passionate about one thing: music. It’s such a glib line but in Amy’s case it’s entirely appropriate. She made music, performing to deeply appreciative crowds in small venues, until one of her songs took off.

He begins with home video footage, shot when she was a teenager. We see Amy singing happy birthday, taking road trips to small gigs, playing pool, hanging out in her apartment. She’s funny, kind of shy, can also be a little mean.

But it’s clear she’s passionate about one thing: music. It’s such a glib line but in Winehouse’s case it’s entirely appropriate. She made music, performing to deeply appreciative crowds in small venues, until one of her songs took off.

Once we are presented with the ubiquity of ‘Rehab’, a large chunk of Amy is then composed of paparazzi footage. We watch Winehouse stumbling around London streets, spaced out on drugs and alcohol and purging and fame. Hundreds of cameras capture every stumble.

Those cameras! Again and again Kapadia includes footage of Winehouse battling through hordes of photographers. It is the tabloid walk of shame all celebrities endure: that unprotected five metre transition from hotel/restaurant/venue to car, from one private space to another.

Through sheer repetition Kapadia demonstrates just how disorienting the walk must be: people screaming, lights flashing, a wall of cameras continuously shuttering. Repeat, seemingly forever. It does not look like a fun experience.

At the height of everything, Winehouse abruptly departs London to spend eight months in the Caribbean, in a futile attempt to escape the media circus (youtube search “Amy Winehouse St Lucia” to see how successful she was).

Earlier interviews suggest that Winehouse had an oddly deep relationship with her father. He visits her in St Lucia, accompanied by his very own film crew, recording a reality TV show. Such is the nature of fame that even her dad mediates his interactions with her for broader consumption.

It’s deeply depressing, really, to witness Winehouse’s life spiraling to its foregone conclusion. Towards the end of Amy, we see her record a duet with Tony Bennett. She is clearly nervous about singing with one of her idols. It’s an endearing snapshot into the type of artist, and person, she was.

It’s deeply depressing, really, to witness Winehouse’s life spiraling to its foregone conclusion. Towards the end of Amy, we see her record a duet with Tony Bennett. She is clearly nervous about singing with one of her idols. It’s an endearing snapshot into the type of artist, and person, she was.

Later, Bennett laments that she died so young.

“Slow down,” he says. “Life teaches you how to live it, if you live long enough.”

It’s a nice line, but it ignores something that Kapadia’s film as a whole is acutely aware of: by the time she entered that studio, the decision to slow down was well out of Amy Winehouse’s hands. Down under disadvantage: How digital book apps elevate non-Australian voices