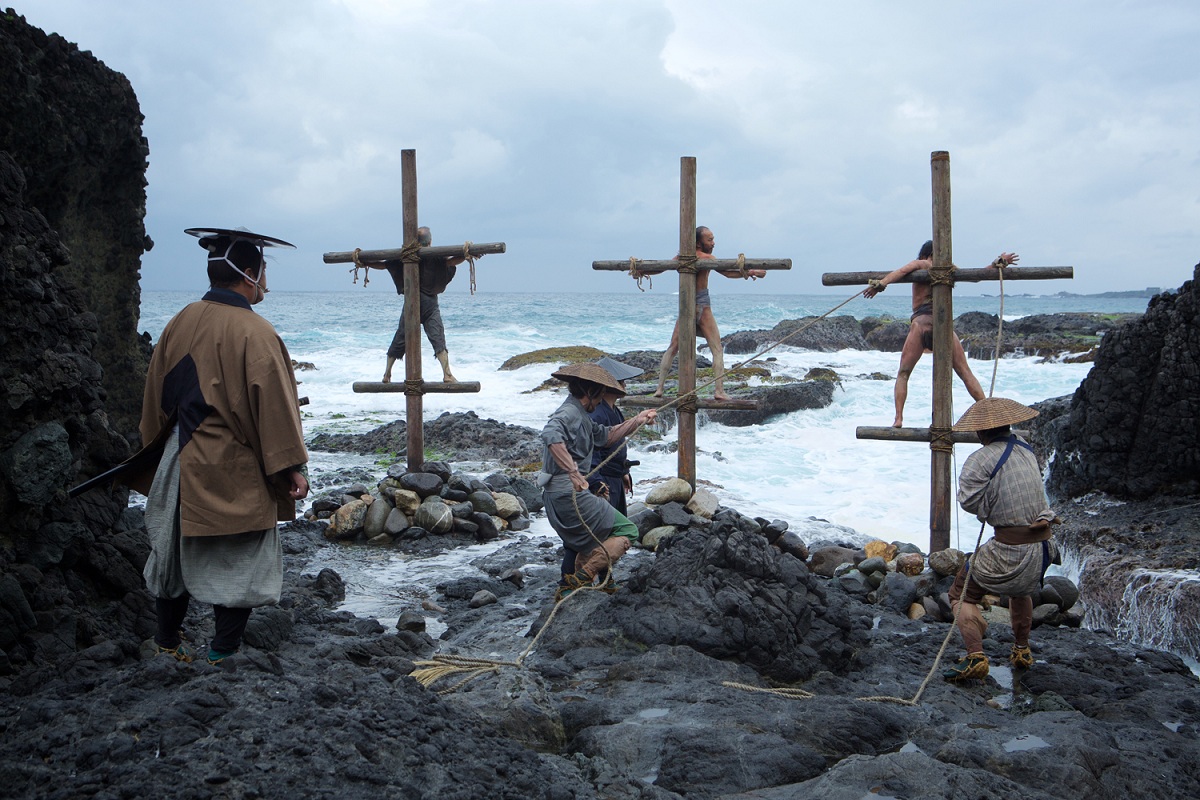 Can a single actor change a movie’s point of view?

I keep returning to this question with regards to Martin Scorsese’s new film Silence, a movie that has taken the veteran director the better part of 30 years bringing to the screen.

Thanks in part to two very different central performances from Andrew Garfield (as Father Rodrigues) and Issey Ogata (as his persecutor, Inoue Masashige), the film is far more complex than its premise – three European priests facing religious persecution in 17th century Japan – suggests.

Garfield stars as the constantly pained Father Rodrigues, a Portuguese Jesuit Priest who is sent to Japan by Father Valignano (Game of Thrones’ Ciarán Hinds) to recover a fellow Jesuit (Liam Neeson), who has gone missing. Along for the journey is Father Garupe, played by the currently ubiquitous Adam Driver. 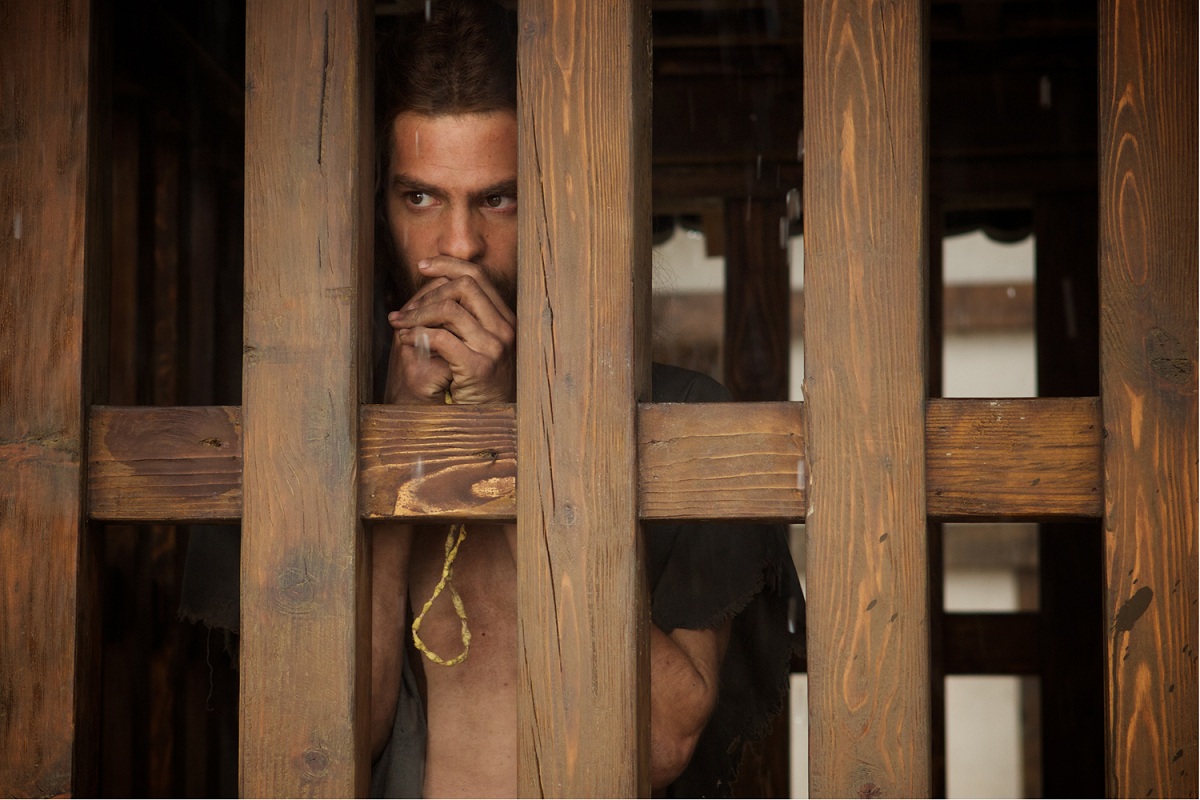 Silence is a long film (161 minutes), and my initial patience was tested by very on-the-nose dialogue. As Rodrigues says in voiceover at one point, “we left for Japan with no luggage except our hearts.”

But then, this is Martin Scorsese and he’s not a dumb guy. Is there a reason the dialogue is so bad?

Maybe, maybe not. In a sense, it doesn’t really matter because the combination of this dialogue and Garfield’s exhaustingly pained face, says something interesting – that Father Rodrigues’ religious devotion has left him totally self-obsessed. 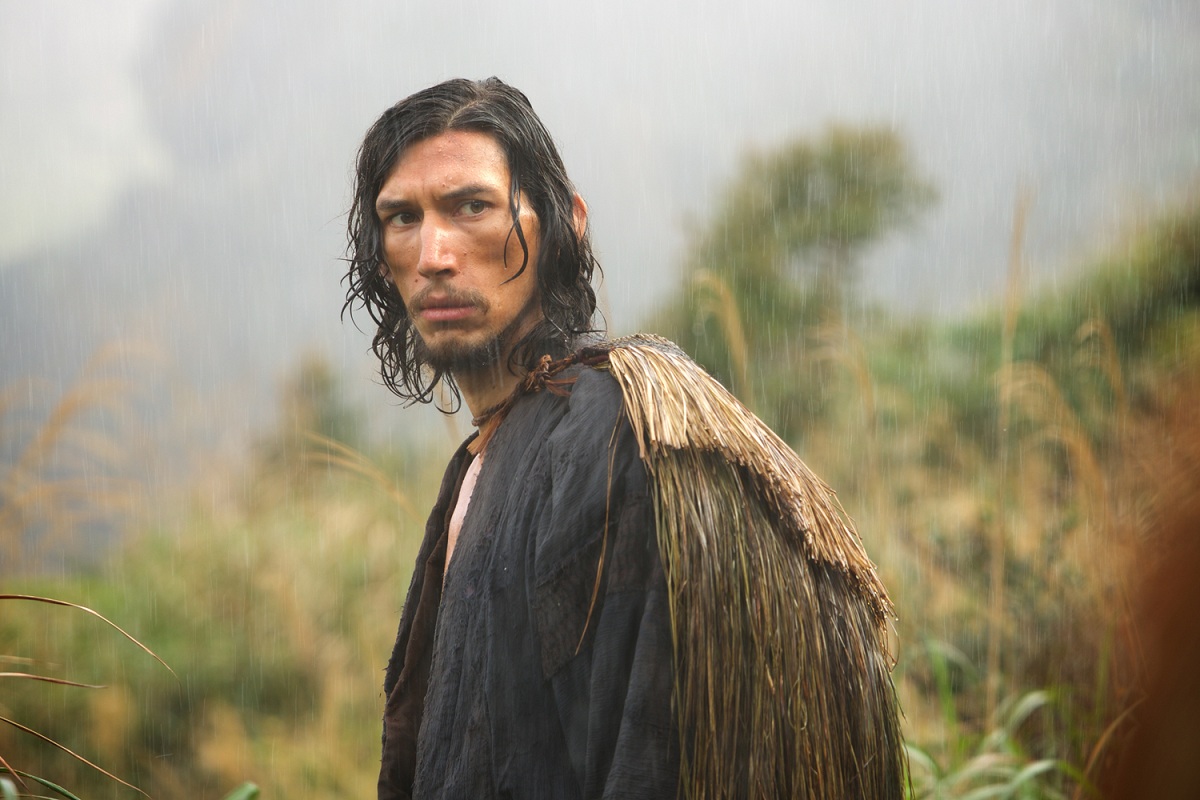 Contrast this with Ogata, a Japanese comedian and actor who shows up in Silence as the fearsome “Inquisitor” Inoue Masashige (a real historical figure). During the film’s lengthy second act, Masashige imprisons Father Rodrigues and a group of impoverished Christian villagers and tortures them. He promises freedom only to those who renounce their religion by stomping on a plaque depicting Jesus.

At one point, a Samurai asks Father Rodrigues if he misses Masashige, but such is the charisma Ogata exudes in his performance that the Samurai might as well be asking us.

Masashige seems perplexed by Father Rodrigues’ actions, and exhibits no outward glee in his persecution of the Christians.

“The price for your glory is their suffering,” he tells Father Rodrigues, and such is the dangerous charisma of Ogata’s performance that his argument is lent serious weight. If this European interloper really wanted to save the lives of these impoverished villagers, all he needs to do is renounce his faith and return home. Simple.

This being a Scorsese picture, the visuals are stunning. He skillfully juxtaposes the beauty of Japan’s natural environment – the rolling hills and towering reeds of grass – with the violence and suffering of its inhabitants.

Rodrigues’ stubborn refusal to do so is simultaneously frustrating and admirable. Certainly, for someone like me – an agnostic viewer weaned on a diet of 21st century pop culture – it’s almost perplexing.

It’s a sign of the film’s accumulating power that despite various obstacles – from my absence of faith, to a performance from Garfield that I struggled to connect with – I still couldn’t help but empathise with this man and his dilemma.

But thanks to Ogata’s compelling performance, I empathised with his character’s point of view, too.

This clash of perspectives reveals one of the most interesting things about cinema — every element of a movie, from its sound to camerawork to performances, communicates something. Sometimes these things clash in interesting ways and you end up considering things that other mediums don’t allow for. Scorsese acknowledges this truism and, while there’s no doubting his point of view (the film is literally dedicated to Japanese Christians), he allows for plenty of other perspectives to reveal themselves.

This being a Scorsese picture, the visuals are stunning. He skillfully juxtaposes the beauty of Japan’s natural environment – the rolling hills and towering reeds of grass – with the violence and suffering of its inhabitants. A scene depicting impoverished villagers crucified in rough water is shocking in its visual elegance.

He is also not immune from pulling things out of a grab bag of cinematic tricks developed over half a century of filmmaking, with mixed results. At one point, a delirious Father Rodrigues looks at his face reflected in water. Garfield’s face transforms into a painted portrait of Jesus. It’s laughable and awkward – an attempt at drawing you into his character that has the opposite effect. 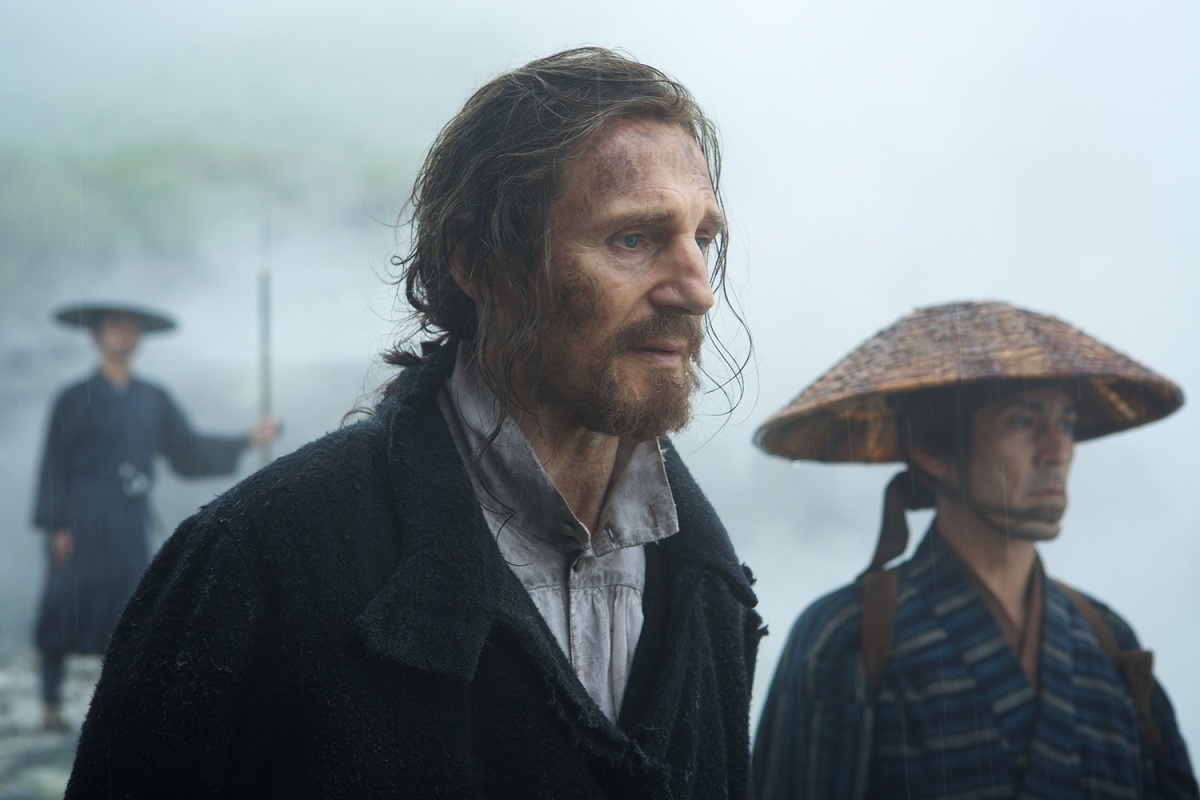 It’s a muted film, though never entirely silent. The quiet noise of rural Japanese life carries on constantly in the background, steadily scoring the fluctuating horrors occurring onscreen. Notably, Scorsese bookends the film with a kind of natural symphony, emphasising the sound of cicadas and water. Is he connecting these sounds to the presence of God, suggesting He is not so silent after all? Or is he simply emphasising that nature is entirely ambivalent to the violence humans inflict on each other?

In never reconciling these questions, Scorsese has created something of a monumental work, with all the small frustrations and lingering rewards that suggests. There’s so much in here that you can’t help but keep on returning to the movie’s central questions about faith, personhood and responsibility.

The movie’s contradictory perspectives are probably best summarised by a scene that takes place towards its end.

Father Ferreira (Neeson) mentions that the form of Christianity the Japanese villagers are practising is conceptually and fundamentally different to the form Rodrigues is preaching. There is a seemingly unbridgeable disconnect – and it’s literally killing these people. If only Rodrigues would just give up on his doomed quest, Ferreira notes, the suffering endured by the villagers would end.

Rodrigues responds with a lengthy rant about all that he has endured, before finishing by yelling “if you pity me, say something!”

The response is silence. 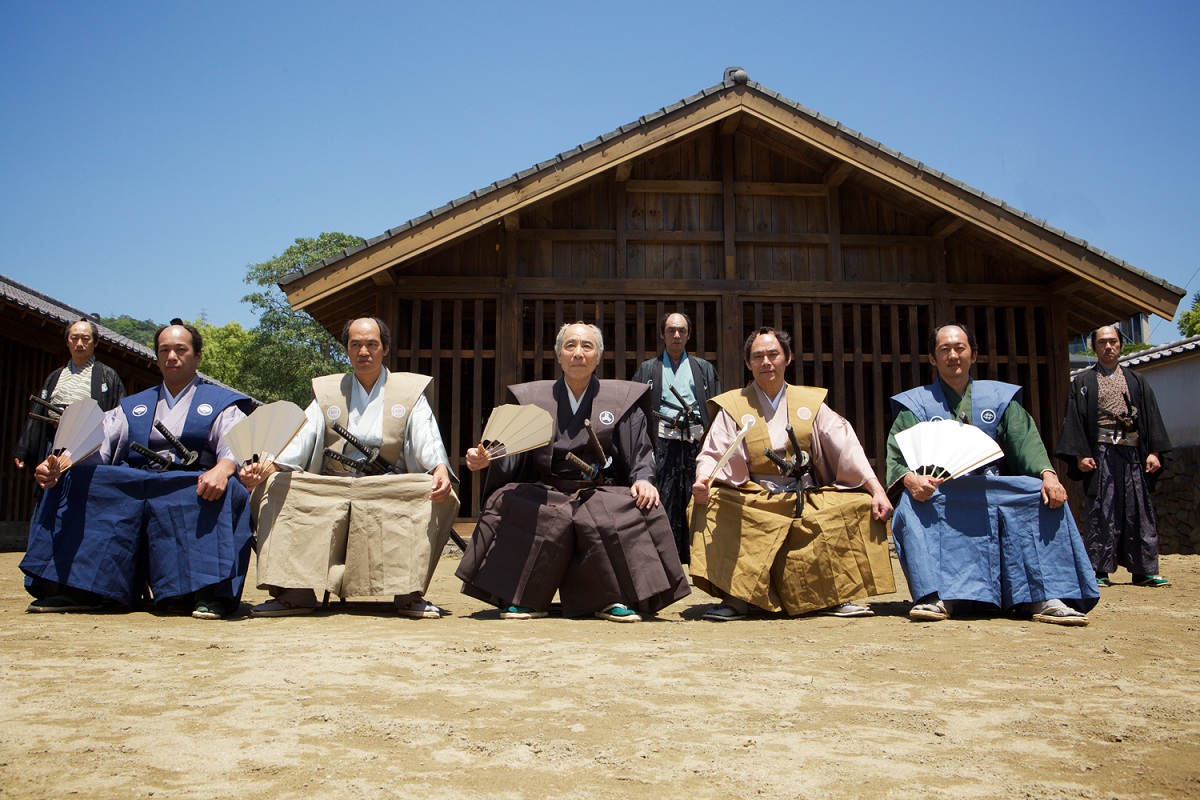 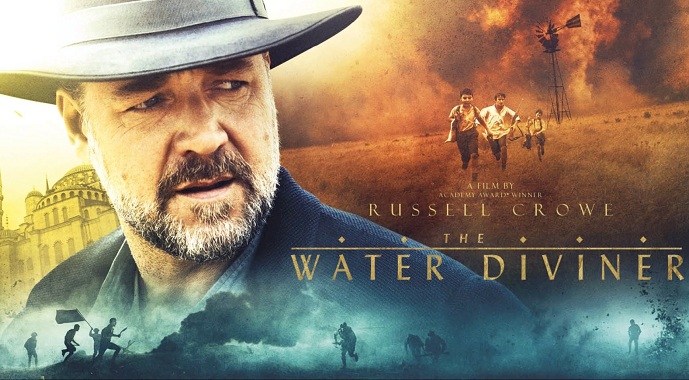 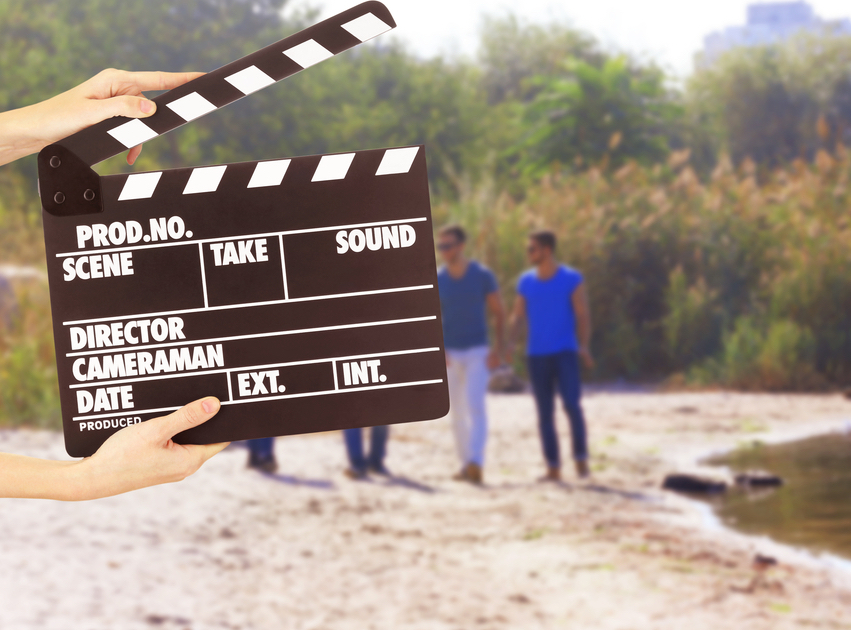