“I will always bang on about these three things: intentional, informed and institutional. Lack of diversity on screen is systemic,” said David Vadiveloo, a human rights lawyer, filmmaker and educationalist.

He added that there had been enough time spent on researching diversity on Australian screens, and now was the time for action. “There’s a lot of talk about why this is happening, but do we really need to establish whether there are diversity problems in Australian television? I kind of think it’s a redundant exercise,” Mr Vadiveloo said. “As most of the UK networks said 10, 12 years ago: ‘Just turn the TV on, we don’t need research’. ”

He was commenting during a discussion on diversity at the second international Screen Futures Summit, held at RMIT University. The three-day festival has drawn media educators and film and TV professionals from Australia and around the world.

In highlighting systemic problems within the industry, Vadiveloo talked of a friend who had worked as a senior executive in a major US television network, who not so long ago had walked into a room full of showrunners (executives in charge of programming), asking how many of them had voted for US President Barack Obama?

“Every single hand went up, including the assistants of all those showrunners,” Vadiveloo continued. “She said: ‘Great, so I’m obviously in a room of progressive-minded, liberal thinking people’, and there were lots of nodding heads.

“Here’s a film with a female protagonist. It happens to have two of, arguably, the world’s greatest actors of our time – Kate Winslet and Judy Davis – in the leading roles. It’s directed by a woman, it’s produced by a woman, but that was not enough to finance the film.” — Sue Maslin, producer of The Dressmaker

“She said: ‘So, could you look around please, and explain to me why there are 18 white men in the room running our shows?”

The question had silenced the room.

“Somebody put their hand up and said: ‘I don’t think that’s appropriate, that’s a bit of reverse racism’,” Vadiveloo added, prompting chuckles from the audience.

“She said: ‘You have 12 months. When I come back I expect half this room to be people from diverse communities, including women and people of colour.”

“I can see quite a bit of overlap between corporate environments and TV environments,” Lourdes said. “I’ve been doing quite a lot of work in diversity programs in the corporate sector, working with senior management staff. We can see the role unconscious bias plays in their work environment, and how people are being limited as a result of unaddressed factors in people’s thinking.”

The panel discussion underscored a dramatic year for the issue of diversity on Australian TV. This year’s Logie Awards were tainted by controversy after Gold Logie nominees Waleed Aly and Lee Lin Chin were singled out by unnamed industry insiders as undeserving among a line-up of mostly white nominees.

Aly, of Egyptian descent, picked up the top gong despite the controversy, one year after his fellow co-host of ‘The Project’, Carrie Bickmore, won in 2015 without being challenged.

Despite the controversy, Australian TV viewers have seen a short burst of diverse programs recently, with shows such as ‘Cleverman’, ‘Black Comedy’ and ‘Ready For This’ all featuring primarily Indigenous cast members.

Not only have the shows brought diverse faces and stories to mainstream TV, but their success on Australian screens – and internationally in the case of ‘Cleverman’ – suggest there is a financially viable market for diversity.

“It’s interesting because we had to go out and prove that there was an audience, but how many times do we have to keep proving it; that people want to see diversity?” — Julie Kalceff, creator of ‘Starting From . . . Now!’

However, fellow panelist Julie Kalceff, the creator of the multi-platform drama ‘Starting From . . . Now!’, a show centred on four lesbian protagonists living in Sydney, told the audience that despite its success, distributors were apparently still not convinced that such shows were good investments.

The program has been touted as one of Australia’s most successful web series, watched by 20 million people worldwide, and now airing on SBS.

“It’s interesting because we had to go out and prove that there was an audience, but how many times do we have to keep proving it; that people want to see diversity?” Kalceff asked.

Sue Maslin, a screen producer and adjunct professor at RMIT University, elaborated, noting that women were key players when it came to box office results.

“The crazy thing is that women actually form more of the ticket-buying audience by a huge portion in this country,” Maslin said. However, she quickly pointed out that this was an exception to the rule.

“I don’t want the exception to prove the rule, that everything is OK now,” she said. “That all of a sudden there’s this shift because we see a whole bunch of films with female protagonists.

“Here’s a film with a female protagonist. It happens to have two of, arguably, the world’s greatest actors of our time – Kate Winslet and Judy Davis – in the leading roles. It’s directed by a woman, it’s produced by a woman, but that was not enough to finance the film.”

She added: “My male sales agents, who are dealing with mostly male distributors internationally, told me: ‘Sue, you need to get an A-list male actor in order to get this film green-lit.’ This is a film that is targeted primarily to a female audience.”

The summit is being hosted by the Australian Teachers of Media, an independent, non-profit organisation centred on promoting and improving the quality of media education. In partnership with the Australian Centre for the Moving Image, sessions and workshops are being held this weekend at RMIT and ACMI’s Federation Square premises. 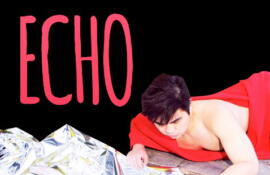