Music is constantly changing, and in these times, the concept of genre is fluid as artists seek to merge and cross over the sound barriers. Lewis Fischer reports. 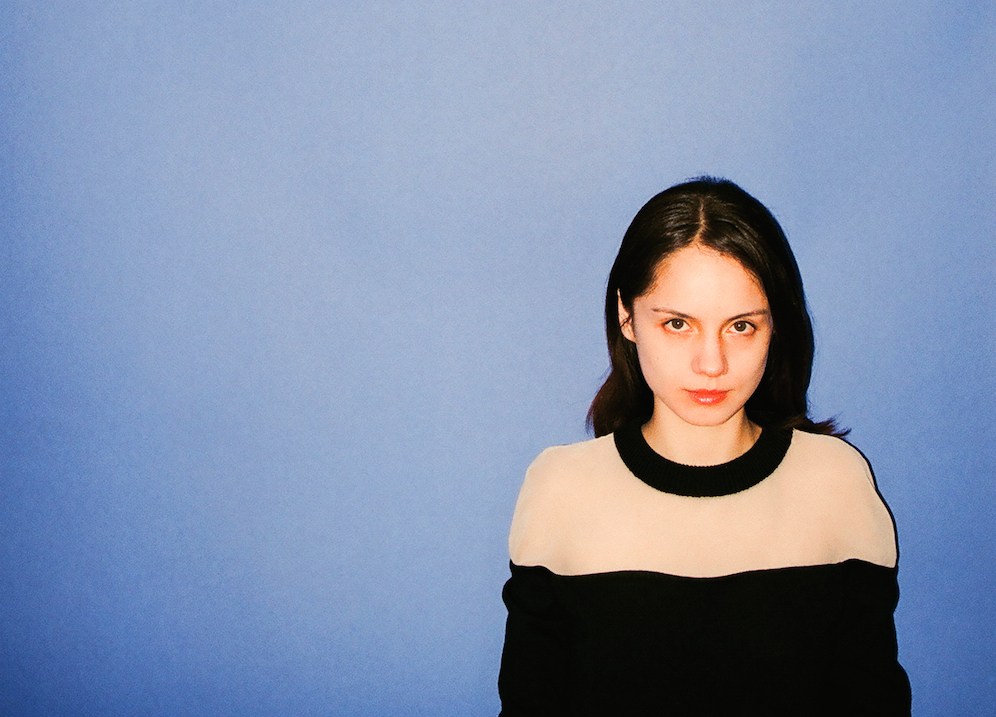 My first meeting with Jeanette Olivia Little was outside a downtown Collingwood pizza restaurant, shunted off from the main strip of bars and boozehounds and identifiable only by a neon pink pig draped in a red cape and with apple-green lasers for eyes.

She had been billed to perform there, a DJ set, alongside prolific Australian experimental musician Oren Ambarchi and his frequent collaborator Stephen O’Malley, a founding member of the legendary drone group Sunn O))).

Inside, waiters weaved their way between wood-ovens and checkered red tablecloths. Unnoticed, Little slipped in behind the cramped DJ booth and without introduction bassoon burst from the speakers.

As the host of the radio show Slime she scarcely commentates. Instead, she allows a frequently bizarre mix of electronic, jazz, contemporary classical and experimental music to stand on its own. The show, she explains, is like its namesake and follows no real structure.

On stage she undergoes a metamorphosis, like Wednesday Addams she contorts sound and timbre from within her modern film noir aesthetic. She maintains a minimal web presence and yet remains intimately connected to these worlds of dark experimental classical and electronic music.

Little represents a new age of contemporary classical composer; one who lives a double life as an electronic artist – a phenomenon that has only really taken shape over the past two decades.

As the technologies used to create, consume and distribute music have changed, so too have people’s attitudes and their approach towards music performance and composition. Little’s own compositions convulse in a way that defies conventional description – a confluence of her eclectic tastes and interests spanning fashion, film and art.

These barriers which once kept jazz and classical artists segregated from those practising in other musical disciplines have become increasingly irrelevant as this disruption has resolved, a product Little describes as being of this post-internet mentality.

The reverberations of this movement are a roiling mess of artists who are pushing the boundaries, not just within traditional music but within sound and art more broadly. The changes of which have fought their way into the institutional firmament.

Little’s former lecturer, the associate professor of composition at the University of Melbourne, Dr Elliott Gyger, says the spectrum of what composition students now explore at the university is very broad.

He describes the composition program as one that’s based in the 20th century mainstream but that reaches beyond it, establishing a foundation in the likes of Stravinsky before moving on to contemporaries such as Messiaen.

“We basically take the position that if you honestly feel you want to write music that sounds like Brahms then that’s ok. But you can’t do that while pretending that everything that’s happened since Brahms hasn’t happened,” Dr Gyger says.

“We’re not saying you shouldn’t pay any attention to Brahms, he’s a wonderful composer and there’s plenty to learn from Brahms, but you can’t compose in a vacuum without any context of what else is going on around you.”

He said an increasing number of his students were doing things in a not strictly classical space. Many held parallel careers as electronica artists or were involved in experimental club or ambient music of some kind. He got the impression that those sorts of boundaries mattered less now than they once did.

“All of our undergraduate students need to do some multimedia and electro-acoustic work. And then, probably the most important thing other than what we teach them directly, is that we give them an extensive listening list,” Dr Gyger says.

“Over the course of their learning, we aim to give them a moderately comprehensive view of what’s going on and what has been going on in the last 50-60 years with a higher emphasis on Australian music. Just because we’re here and we need to know what’s going on around us.”

In Victoria, and in Australia more broadly, there is an expanding calendar of events that have gradually brought experimental and electronic music into focus.

Students of the Victorian College of the Arts have gone on to perform at and curate major arts festivals such as Supersense in Melbourne and the Bendigo International Festival of Exploratory Music. Others have established important recurring events such as the Inland Concert Series – an exhibition of Australian exploratory music by artists whose work spans notated, improvised, electroacoustic and interdisciplinary practices.

Hobart’s Dark Mofo has opened audiences up to accessible yet experimental multidisciplinary works while Unsound in Adelaide has established itself as a major cultural event for experimental and electronic music.

“I think the reason exploratory music has become more popular is that people are presenting it in a way to make it appealing, intriguing and accessible instead of this stiff, white-haired kind of cult thing,” Little says.

“People have tried to make it more relaxed, cooler and have taken it outside of the concert hall.”

“A lot of experimental music can sometimes be too serious, academic and cerebral for me. I like that, but I also like being able to lighten it up by going to the club or going to a pop gig.”

Unlike many of her contemporaries, Little chose not to study music initially and did not complete undergraduate training in the discipline, a fact she was very self-conscious of when studying at the Conservatorium.

“I’d always had an interest in music, I played violin and piano from a very early age, but I played a lot and sort of burnt out,” Little says.

She became uninterested in pursuing music and instead, at age 19, left for a stint in London where she studied fashion and became involved with film. Little’s rebellion exposed her to the club and electronic music scenes in London and to the vast range of touring artists performing there on a regular basis. The combination of which reignited her interest in music again.

Little returned to Melbourne where she enrolled in a graduate diploma, her gateway into a master’s degree in composition.

“I thought it was a massive achievement, getting into the master’s degree, and Elliott would have probably said so too because most of the students going into the degree would have had four years of undergraduate training,” Little says.

“I had a knowledge of harmony and counterpoint but it wasn’t as deep as some of the other postgraduate composition students.”

While completing her study she received lessons from some of Australia’s most brilliant new composers, the likes of Anthony Pateras and James Rushford.

Many of their techniques, such as improvisation and graphic notation, have been formed within contemporary classical music and adopted by artists in the noise and experimental scene, explains Little.

Since the late 1990s Ambarchi, who together with O’Malley would later take the stage after Little, has been creating music using techniques learned from jazz records, rock music and composers such as Morton Feldman and Alvin Lucier. Realising that these techniques needn’t be restricted to artists within the traditional music disciplines he’s built a career in exploiting this through his harmonic-rich guitar explorations and work as a percussionist.

Little, too, has incorporated methodologies such as improvisation, extended techniques and graphic scores into her own work.

“There’s less precision but it feels a bit more improvised and spontaneous, you’re giving up some of your control to the performers to interpret what that means and they can just do it. It just feels a bit freer,” she says.

“There’s crossover there because those guys [Ambarchi and O’Malley] incorporate a lot of improvisation. And I think that’s where it’s interesting [in crossover generally], you’ve got this crossover between improv, classical music, pop, noise and industrial,” she says.

Nowadays, Little works as a producer at Electric Dreams, a Melbourne-based enclave of composers, producers and engineers working within a diverse range of mediums such as film, advertising, games and virtual reality.

“A frustration I’ve had with contemporary classical music is that it’s very performance based. Spending so much time working on a piece of music and having it performed once by a very small ensemble and having a very small audience experience that,” she says.

“It can be an amazing thing seeing a musician translate your music and seeing an audience affected by that in a performance capacity, but what I’m craving and what I’m working on now, is writing music that I can listen to over and over.”

“I want to release records. I like being able to make music in a computer program, hear it instantly and hear the results. There’s more longevity and I like the immediacy of it.” Australia cranks up for a Eurovision encore, with Delta’s help