For many Victorian workers and businesses, life has returned to something like normal. But for those in the $12 billion events industry, coronavirus continues to undermine confidence and jobs. Jordyn Beazley kicks off ‘Life After JobKeeper’, our new series co-published with The Age. 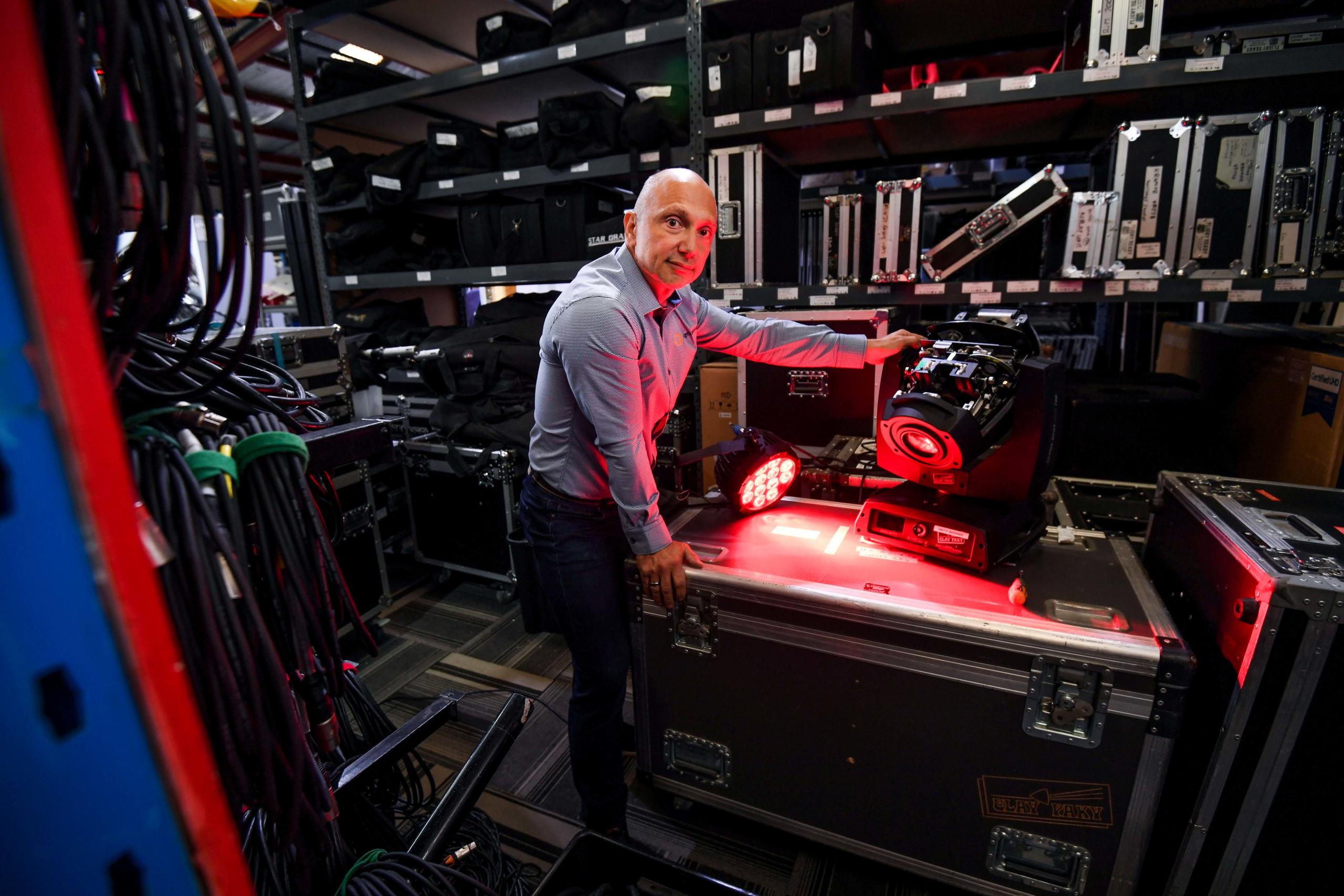 Stav Hatzipantelis, whose business supplies equipment to the events industry, has had to let staff go after the JobKeeper wage subsidies ended. Photo:JOE ARMAO (With permission)

Victoria’s once-famed events sector may not recover from the pandemic as an end to the JobKeeper wage subsidy pushes its skilled workers out and into other careers, industry representatives and economic analysts say.

A lack of substantial funding for the events sector in last week’s state budget has intensified concerns that the industry – which was worth $12 billion to the Victorian economy before the pandemic – may never fully recover.

The calls for support emerged as part of a special series by The Age and University of Melbourne’s The Citizen examining the impact the end of JobKeeper payments has had on the workers who received them.

The employment figures released last week indicated the end of the $89 billion JobKeeper subsidies in March had not led to the surge in unemployment anticipated by Treasury, and Treasurer Josh Frydenberg has hailed the speed of the economic recovery.

But Save Victorian Events campaign co-founder Simon Thewlis said only 10 per cent of events had returned to Victoria as a crisis of confidence grips the sector.

Mr Thewlis said skilled workers stripped of their livelihoods had fled the sector.

“The feedback we’ve had from many suppliers is that the people they’ve lost have gained employment in other industries,” he said. “Particularly a lot of riggers, who’ve moved into the construction industry. And with the dollars they’re earning, we won’t see them back again.

“Even with just a fraction of our events up and running, this is already creating a skills shortage across the industry.”

In a submission to the Victorian parliamentary inquiry into the impact of COVID-19 on tourism and events, Gigi Power, one of state’s biggest crewing companies, said JobKeeper allowed it to retain 37 of the 400 staff it employed before the pandemic. Within a month of JobKeeper ending, just four remained.

Recent payroll data from the ABS, which tracks jobs growth via payments to employees, showed that jobs in Victoria’s arts and recreation sectors, which had one in five workers on JobKeeper in the week before it ended, declined by 5.6 per cent in the four weeks after March 27. As other workers around the country swing back into gear, Brett Cooper finds his industry and opportunities are still stalled. He says it will be months, even years, before businesses have the confidence to start scheduling big events. Joe Armao, The Age (With Permission)

While University of Melbourne economist Professor Jeff Borland cautioned that the payroll data is skewed by Easter and school holidays, he said it was clear the events industry was hit hard by the loss of JobKeeper.

Business owner Stav Hatzipantelis, who supplies technical equipment to the events industry, retained eight full-time staff through JobKeeper subsidies, but now he has just two. “With JobKeeper gone, that means our employees must be gone,” says Mr Hatzipantelis.

The Save Victorian Events campaign called for the recent state budget to include a scheme that would underwrite event insurance to cover cancellation due to COVID-19.

That plan would see companies contribute 1-2 per cent of their budget into the scheme to pay for the insurance meaning, Mr Thewlis said, it would be “largely self-funded”.

A spokesman from the state government said more than 8660 coronavirus support grants had been paid to businesses in the events industry. Those payments, across 16 programs, topped $71 million, he said. Events of 7500 people could also now proceed without the requirement for organisers to seek approval, the spokesman said.

A Save Victorian Events survey found 69 per cent of freelance workers who received JobKeeper say they would need to look for work in other industries.

Corporate events freelancer Brett Cooper has had only a few weeks of work since the pandemic hit. Although he was optimistic business would bounce back, he has hedged his bets and is training as a teacher’s aide.

He is reluctantly applying for JobSeeker but is worried the requirements to apply for 15 jobs a month will mean walking away from years of training and networking in the industry he loves.

Mr Thewlis said ensuring the sector’s skilled workforce was retained would be critical for ensuring Victoria’s events industry could bounce back.

“If Victoria wants to be the premier events state, it needs to help the people who build events to be there. The sector isn’t going to rebuild itself.”

Matt Grudnoff, a senior economist at the Australia Institute, said the JobSeeker mutual obligations, which force “people into anything they can get their hands on”, create an “efficiency problem”.

“We think any job is a good job for somebody, but if you think about it from an economics perspective we have all these people with skills and talent and experience and we want to apply that in the best possible way,” says Mr Grudnoff.

“One of the things you want unemployment benefits to do is allow people to be able to afford to live while they re-skill for an industry that is growing.”

This story is part of a series Life After JobKeeper co-published with The Age.