Melbourne’s new, multi-storey cancer centre will give access to the best possible treatment for people living with cancer while integrating science, research and education, say its designers, putting it among the top 10 such facilities in the world. 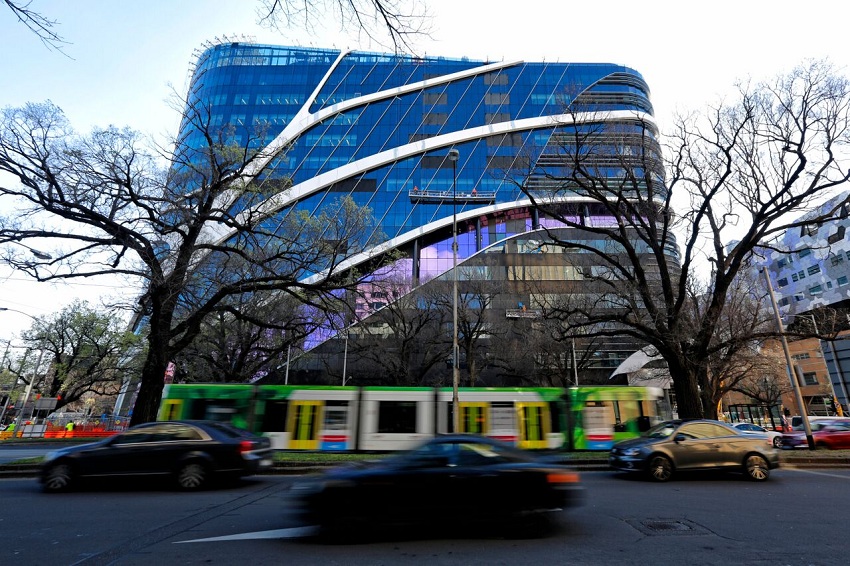 The project director of the architectural joint venture, Christon Batey-Smith, says the $1 billion purpose-built facility is unique in its size, its integration of scientists and clinicians, and its inclusion of “science on display” on level four, where the public will be able to see scientists as they work in laboratories.

“Science should be on display,” said Mr Batey-Smith, whose firm DesignInc has been central in the creation of the Victorian Comprehensive Cancer Centre, set within Parkville’s hospital-university precinct. 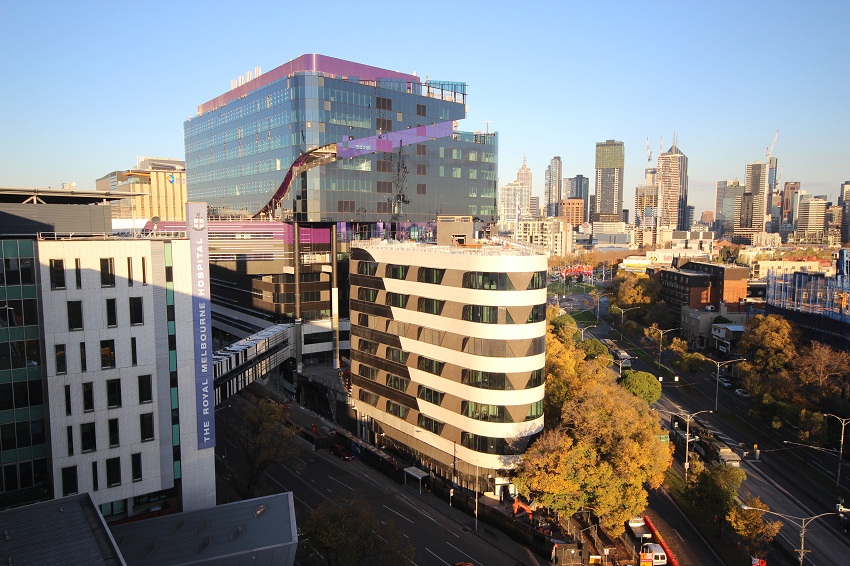 “The patients and visitors need to see that they’re in safe hands,” Mr Batey-Smith continued. “They need to see that the VCCC is all about research. The experience is not just about being ill and visiting for treatment or diagnosis. These [researchers] are really seriously trying to individualise treatment and find the cure for cancer.”

The 13-storey centre, set to open in mid-2016, will be the new home for the Peter MacCallum Cancer Centre, which is currently in East Melbourne. Melbourne Health will also move its cancer research and some clinical services into the building, while Melbourne University will use some of the research space. 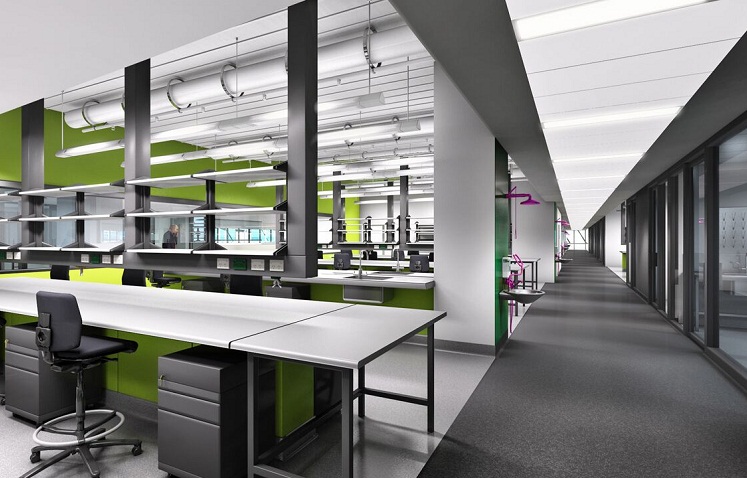 The centre will also provide education facilities for both the university and Melbourne Health (including The Royal Melbourne Hospital).

Another seven VCCC partners will have access to research platform technologies such as the latest microscopy and “next generation” gene sequencing that can rapidly crack the DNA code of patients’ cancer cells.

Other standout features of the research laboratories include additional space for analysis of “big data” and an emphasis on the working environment of the scientists doing the research at the bench, with group leaders foregoing the traditional corner office with the best views. 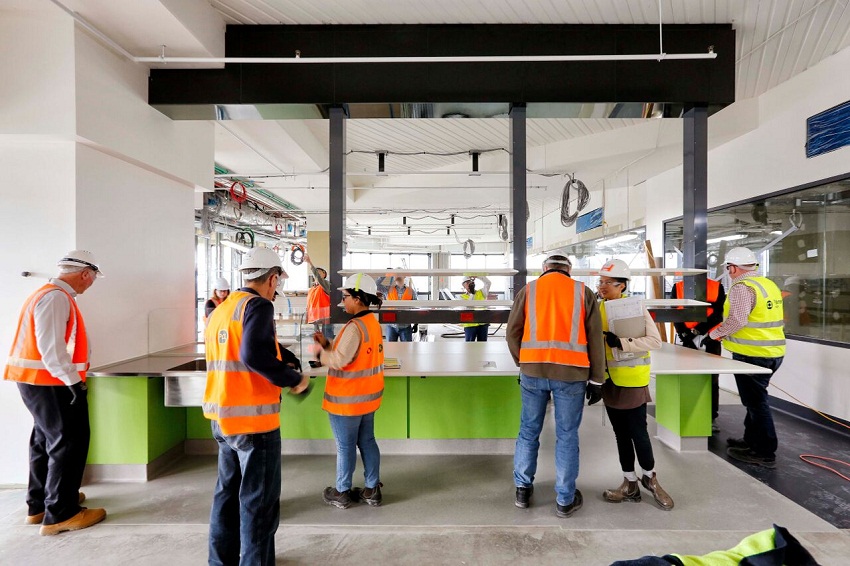 Mr Batey-Smith says key in the design was encouragement of “translational research”, which is all about ensuring the latest cancer research findings flow through to become cutting edge treatments for people.

“The best way we’ve found that you could do that is by bringing people together.”

The lower floors of the centre, to level six, will be mainly for patients and clinical staff, while levels eight to 13 will be dedicated to research. Level seven is where the two intersect with meeting rooms with high quality data-handling ability allowing researchers, clinical staff and imaging specialists to review individual cases daily from across Victoria and globally.

“The project includes the highest quality projection facilities to assess multi-disciplinary case studies,” Mr Batey-Smith said. “[They’ll have] multiple images of each patient’s scans and results on the screen at the same time.

“And that’s the way that innovative treatments occur, by having this group of between 10 and 15 people assessing together each individual’s case.”

The VCCC had its genesis in the early 2000s and, in 2008, Professors David Bowtell, Joe Trapani and Ricky Johnstone, executive members of the cancer research division at Peter Mac, began writing the briefs for the building and laboratories. The design was driven essentially by the way scientific research was evolving, with the best research being done by multidisciplinary teams.

“So the design is very much open plan where multiple groups with ‘like interests and scientific aims’ are thrown into a melting pot, if you like, together, without hard walls between them,” Professor Johnstone said. “And that provides a point for collaboration and interaction and things that percolate and evolve within the lab.” 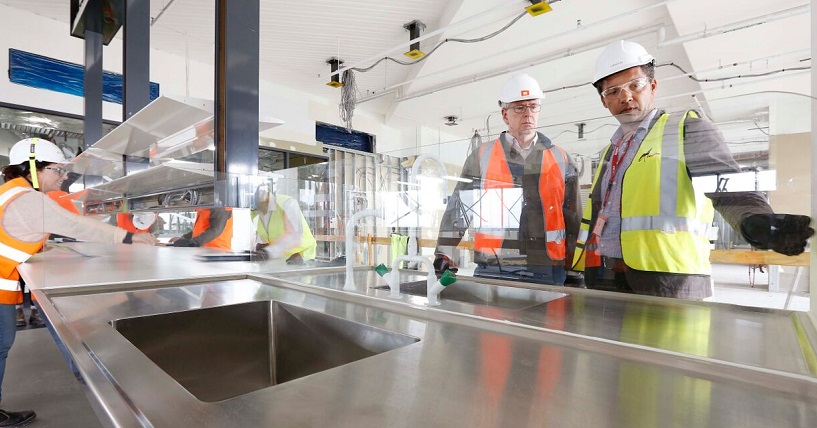 Rather than the traditional “rabbit warren” of dark laboratories, many of the walls of the VCCC are glass to make sure scientists working at the bench have the best views.

“Even in this era of ‘big data’, bench or ‘wet lab’ research is still incredibly important. Most of the workers are out in the lab, so why not give those people the best environment . . . You know, it’s trying to just change this dynamic of senior people in offices with the best views and the workers are all stuck in the dark, so I quite like the way we have tried to accommodate everyone as best we can,” said Professor Johnstone.

The site is massive, the equivalent of half a city block, with 130,000 square metres of floor space, of which more than 25,000 square metres are dedicated to cancer research. The triangular shape of the building could have resulted in many dark areas dominated by artificial light, so the design incorporates a central atrium to draw natural light into the heart of the building.

As well as DesignInc, the architectural joint venture includes the firms Silver Thomas Hanley and McBride Charles Ryan. Each firm was given the task of designing a different aspect of the building as part of the Plenary Health Consortium. Mr Batey-Smith and colleagues did a whistle-stop North American study tour of top facilities and found that research and clinical spaces were still housed in separate buildings and did not incorporate the level of design excellence that he had expected.

“I think what’s really changed in laboratory design is everyone increasingly understands you need to design generically and flexibly, rather than specifically for individuals. I think that’s the real outcome we got here.” — architect Christon Batey-Smith

“What I’ve seen in Australian facilities is that there’s a lot more flexibility, a lot more generosity of space, a lot more transparency. I think we, in Australia, are producing the world’s best comparable to anywhere in Europe or North America or Asia.”

He says the overseas facilities reflected the tendency of individual scientists to want spaces specifically designed for their own needs rather than seeing the bigger picture of a design that could be re-configured as needs changed.

“I think what’s really changed in laboratory design is everyone increasingly understands you need to design generically and flexibly, rather than specifically for individuals. I think that’s a real success outcome for the VCCC.”

Each laboratory module has room for 60 researchers and has benches that can be customised accordingly. The open-plan bench area and the shared specialist support space are separated from the office space by glass walls. The external walls of the building are 80 per cent glass.

Mr Batey-Smith says this transparency helps to connect the laboratory team to the outside world, with the use of green surfaces inside the laboratory giving a sense of connection to nature.

“We’re above the tree canopy so we won’t really see nature. Instead, you will see the sky and the environment and I think that’s fundamental. Connection with the wider world, I think, is really important.” 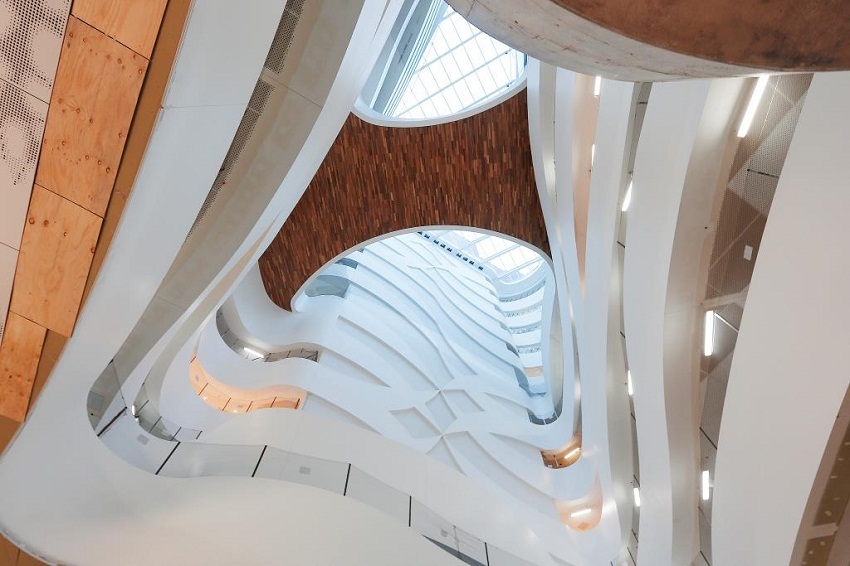 Professor Johnstone says another key difference is driven by the fact that science now involves more “data crunching” in addition to so-called “wet lab” experiments. This makes office space essential. Whereas the Peter Mac building only has one office desk for every four laboratory benches, the VCCC will have one bench and one office desk per person.

“Again, I think that’s the science driving the building. We do a lot more analysis and data mining and that’s just reflective of the science.

“There are parts of the building we really got right for the majority of people, not just for a few elite who get a corner office . . .  I think those days are gone. I think we’re pretty happy with that.” 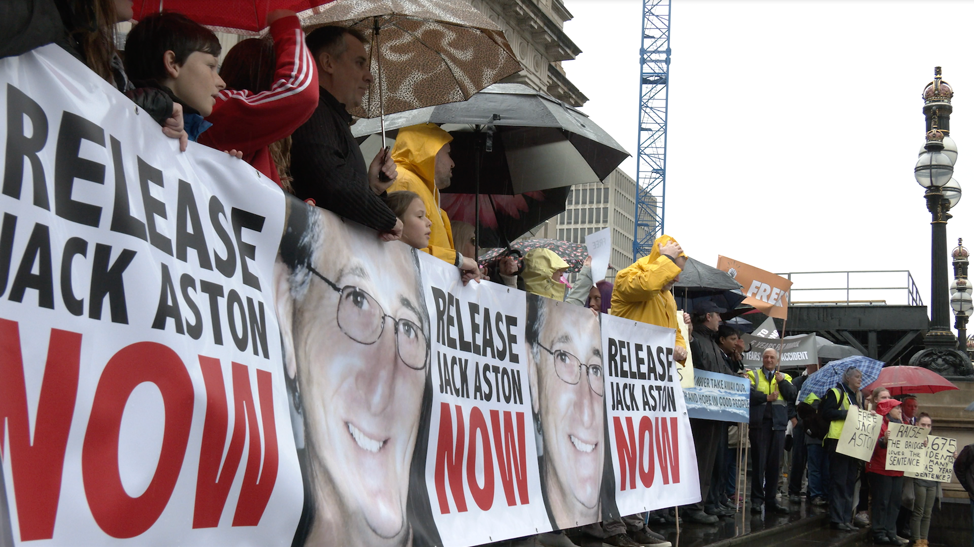