Pacific scientists planning and planting for a warmer world

This Earth Day, in communities around the world, the climate emergency is not some distant threat but a daily reality. The fallout is acutely felt by the people of the Pacific as they try to nurture their crops, secure water, protect shorelines and batten down against increasingly ferocious storms. Jordyn Beazley reports. 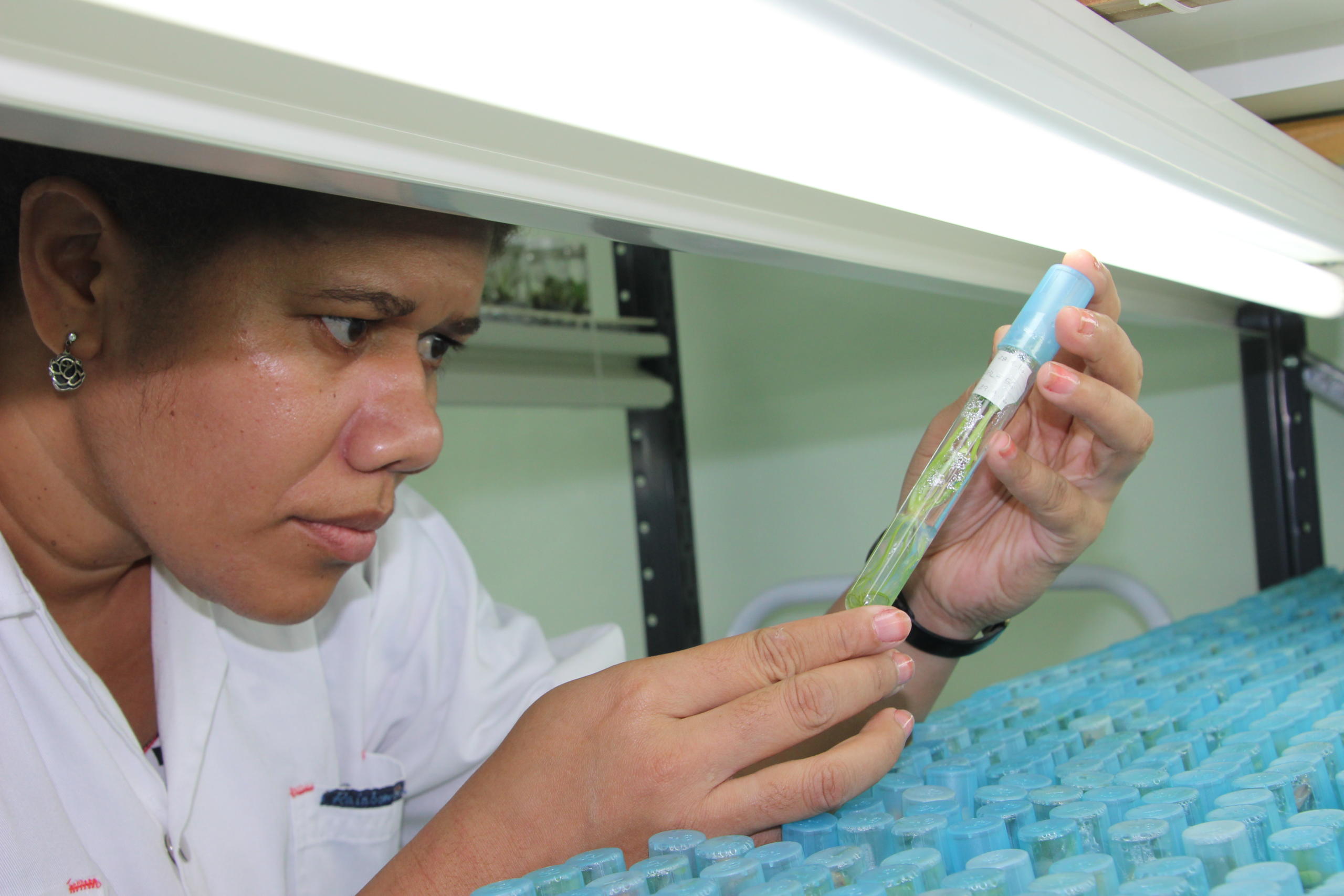 “It’s becoming harder for countries to maintain the crops that we are sending them because there is more extreme weather": Ulamila Lutu, acting curator for Fiji's Centre for Pacific Crops and Trees.

Every day a crew of biologists work their way up and down rows of plants lining a small greenhouse in the Fijian capital of Suva. The specimens of taro, breadfruit, sweet potatoes, yams, cassava and banana they tend are more than they seem.

These plants are the mother stock used to harvest living tissue from which new plants are grown. In glass jars inside the laboratory of the Centre for Pacific Crops and Trees, the tissue is nurtured into plantlets sprouting roots and leaves. These are then bundled into sterile bags and shipped across the Pacific region, a precious insurance policy in a warming world. 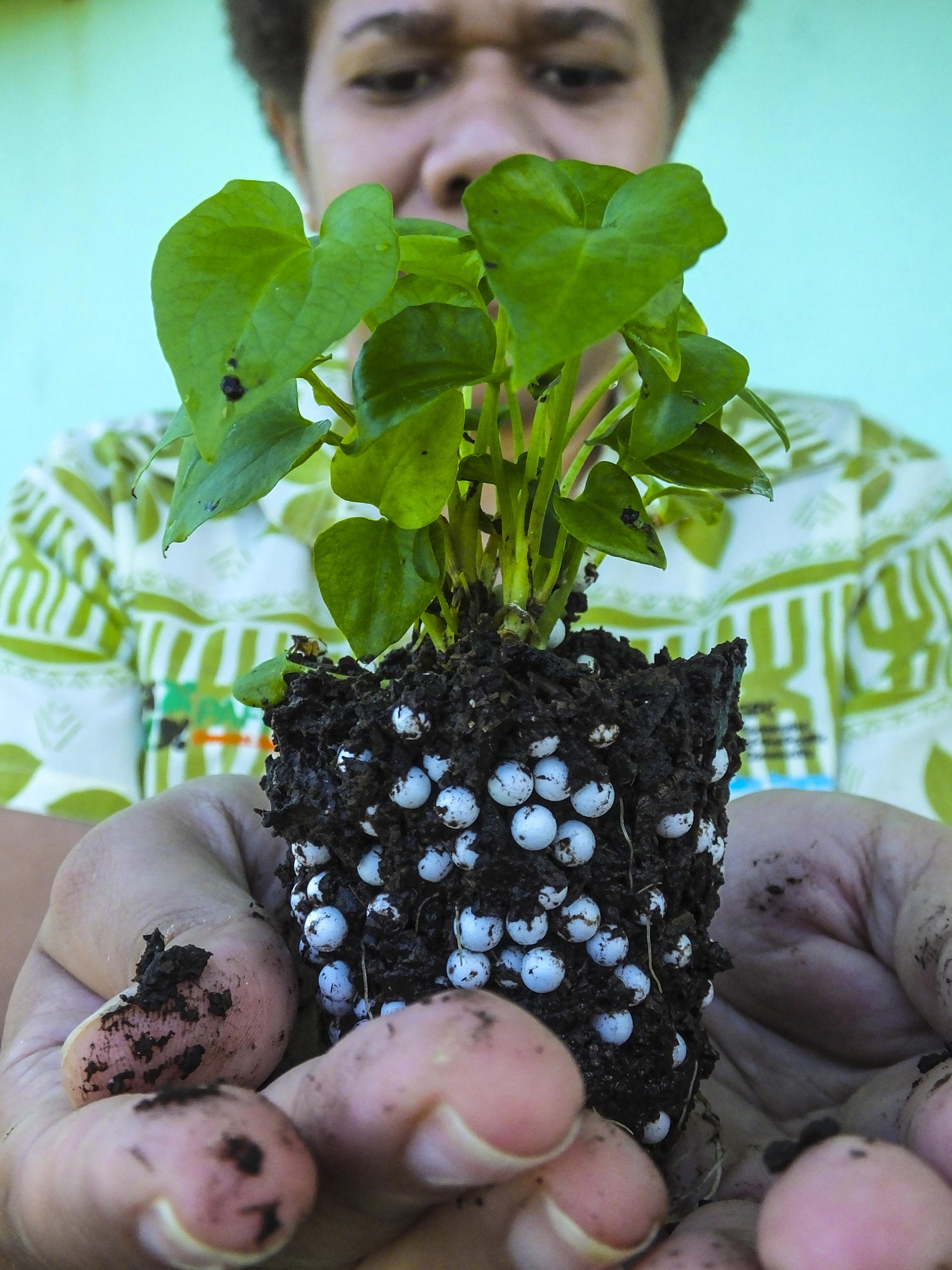 “Now countries are facing the climate emergency we are actually seeing how these crops are being more resilient. So, we are building up more data as we go”: Acting curator Centre for Pacific Crops and Trees Ulamila Lutu

With recurring climate shocks such as drought, tropical cyclones and floods decimating food crops across the Pacific, the centre aims to act as guardian and nurturer of Pacific plant species. This collection – or gene bank,  as it’s commonly called – represents the first and only in vitro gene bank in the Pacific and is a lifeline for Pacific food security.

As the region is hit harder and more frequently by extreme weather, and the window for recovery between disasters closes, the centre has its work cut out trying to meet escalating need.

Gene banks, or seed banks, are facilities that preserve plant seeds, cuttings, or genetic materials such as the plant tissue harvested by the centre. In their support for plant research and breeding, the banks are increasingly being used to bolster food security during the climate emergency.

“When I first started, we didn’t have as many requests. But now with climate change we have a lot more requests from countries to send crops,” says Ulamila Lutu, the acting curator of the Centre, which is part of the Pacific Community – a regional organisation owned and governed by 26 countries and territories across the region.

“It’s becoming harder for countries to maintain the crops that we are sending them because there is more extreme weather.”

The centre has extended its reach to countries in Asia and the Caribbean who are also in dire need of crops.

“So we’re supporting not just the Pacific, but the world over,” says Lutu.

In April last year, category 5 Tropical Cyclone Harold cut a path of destruction through Vanuatu and caused severe flooding in Fiji and Tonga, resulting in 27 deaths. One Ni-Vanuatu resident told The Guardian: “I’ve lived here 13 years, and I’ve never seen anything like it … It’s the first time in history we’ve seen it come this high.”

The ministries of agriculture in Fiji and Vanuatu requested taro, sweet potato, yam, and banana plantlets from the centre to secure crops for regions devastated by the cyclone. The centre is still working tirelessly to deliver all 9000 plantlets ordered by Fiji.

When the gene bank’s plantlets are despatched to Pacific countries, they’re initially kept in greenhouses the centre has helped countries to set up to ensure the young stock can acclimatise to local conditions before being sent to communities.

One of the challenges facing the program now, Lutu says, is a disconnect between the capacity of the gene bank to provide crucial stocks, and the ability of communities to nurture and distribute them given limited local government resources.

This speaks to the severe underfunding many Pacific countries are facing in their critical agricultural sectors as they try to respond to shifting climatic conditions and violent weather events.

The situation is made plain in a recent grant application by the Pacific Community to the UN’s Green Climate Fund. Arguing for support for agriculture and food security programs in Samoa, Fiji, and Solomon Islands, it explained that none of these nations had the capacity to address the threats posed by global heating.

Lutu says that the increasing impacts of climate heating playing out in the region have influenced the gene bank’s focus on finding and sharing crop species that can grow faster, produce higher yields, use less water and withstand pests, diseases and climate extremes.

The centre is now working on a type of taro collected from Palau that was found to fare better in soil contaminated by sea water. Once the scientists complete testing on the plant to ensure it is not carrying any diseases, it will be available for countries to order.

This story is part of Covering Climate Now, a global collaboration of more than 460 news outlets to strengthen coverage of the climate story.

“Now countries are facing the climate emergency we are actually seeing how these crops are being more resilient. So, we are building up more data as we go,” Lutu says.

The centre is not alone in its bid to save plant species threatened by the climate emergency. There are about 1,750 gene banks around the world, holding a total of around 7.4 million plant materials collected from different species.

There are similar efforts evolving to save species in the natural world from spiralling levels of extinction. For instance, Australian marine biologist John ‘Charlie’ Veron’s “coral ark” for coral species in the Great Barrier Reef. Rather than collecting coral species to re-plant now, Veron is conserving species to re-plant once the ocean is no longer at risk of extreme heat waves.

With the Pacific region already experiencing the devastating impacts of the climate emergency as a consequence of the rise in global temperatures of 1.1 degrees above pre-industrial levels, Lutu says the question of how to support food security is an urgent issue for the centre.

“The best we can do right now is to support countries with what we have and pray it will help them survive with the conditions of climate change.”

This week, through an initiative called Covering Climate Now, news organisations around the world have highlighted stories from around the world of the realities of living through the climate emergency. The Citizen is a partner in the CCN initiative, lead by Columbia Journalism Review. 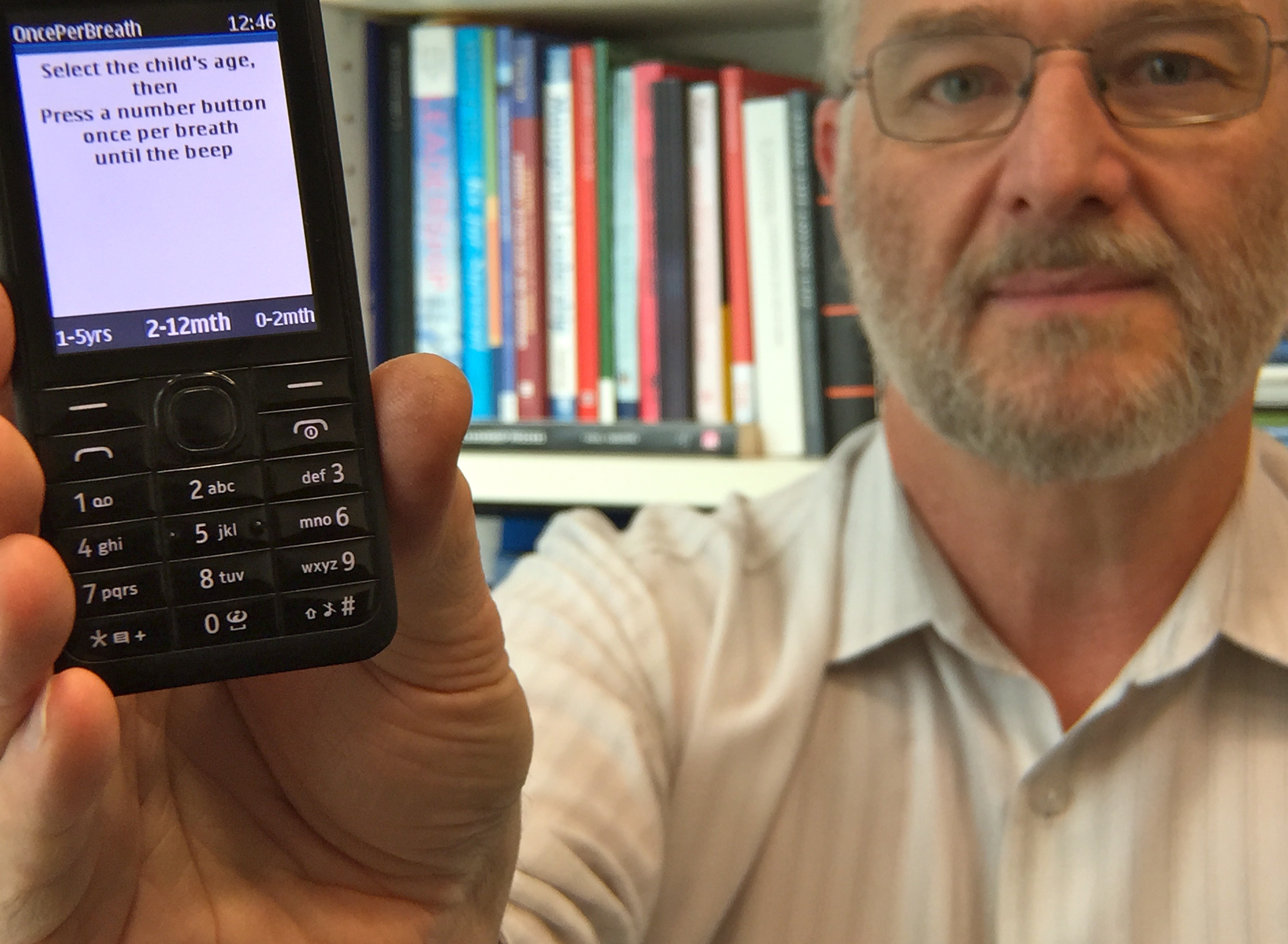 Made in Melbourne: phone app for detecting pneumonia set to save thousands of lives Cataloguing destruction: the climate and biodiversity crises are happening now, and the effects are measurable