The horrific death of Luke Batty came about amid systemic failings, according to the coroner. Annie Blatchford unpacks Judge Ian Gray’s findings. 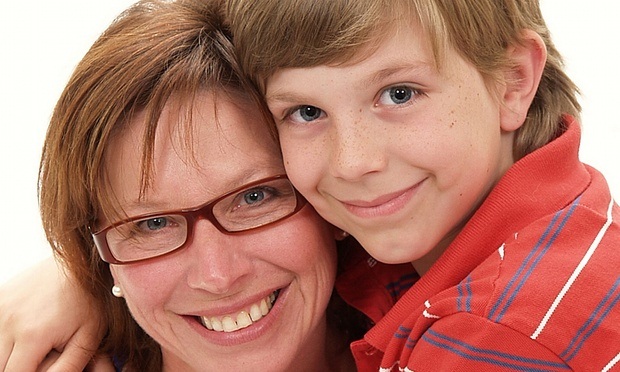 Rosie Batty told the inquest: “I was hoping someone . . . was going to step in and help me protect Luke and take some weight off my shoulders.”

A photo of Luke Batty hugging his mother sat at the front of the Coroners Court as Judge Ian Gray handed down his 100-plus pages of findings on Monday, in which he placed blame for Luke’s death solely on the 11-year-old’s father, Greg Anderson, while recommending a series of changes to better co-ordinate and strengthen the family violence legal system.

After years of witnessing his father’s physical and psychological violence towards his mother, Luke was killed by Anderson at the Tyabb cricket ground in February last year. Anderson was later shot and killed by police.

“Luke’s death was a tragic loss of a young life full of promise,” Judge Gray announced, but it was not reasonably foreseeable and no one agency or person could have been expected to see “that Mr Anderson would be that rare perpetrator, and Luke the rare victim, of a violent filicide”.

The 13-day inquest made clear there were a number of missed opportunities in the 18 months leading up to Luke’s death and a need for more information sharing and collaboration across the system.

Judge Gray found no one agency had looked at all the information when they were considering the risk posed by Anderson towards Luke. 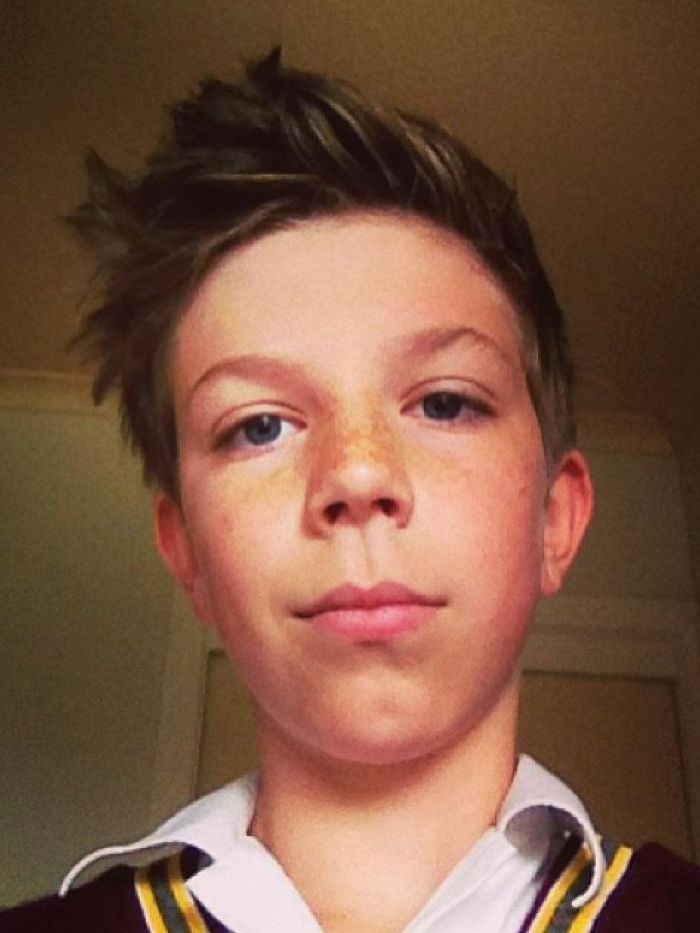 Even though Ms Batty had made contact with police, the courts, the Department of Human Services (DHS), counsellors and medical practitioners, she told the inquest that she had felt alone.

“As all these agencies have responsibilities including protecting women and children, I would have thought they would be capable of sharing relevant information to save time, improve responses and protection,” she said.

Judge Gray said that each agency carried out a risk assessment, but they were performed in “silos”.

Victoria Police and DHS did not know that Luke had been upset in his sessions with his art therapist about time spent with Anderson. Further, DHS was unaware that Anderson was attempting to change a family violence intervention order so that he could have unsupervised contact with his son.

Judge Gray added there was no meeting or sharing of information between all the professionals involved in Luke and Ms Batty’s life before DHS decided to close Luke’s file, which was partly based on a self-assessment from Luke that he loved his dad and did not feel unsafe.

Judge Gray also encouraged the urgent rolling out of Risk Assessment and Management Panels (RAMPs), which work to co-ordinate agencies working with victims and perpetrators and assess their safety or risk of family violence, and to develop action plans.

The Coroner strongly recommended that more needed to be done to ensure perpetrators are engaged or forced to engage with the family violence and criminal justice system at every possibly opportunity, so as to hold them to account and help change their behaviour.

He said Anderson was able to “play” the system and despite the evidence that he would not have attended a men’s behaviour program, there were other ways he could have been held responsible.

In this regard, Judge Gray listed the following:

Greg Anderson’s release on bail in 2013 was an example of the way the system failed to respond to perpetrators in a way that might have brought home to him the seriousness of the charges he was facing and also impose conditions that might have encouraged better behaviour.

Legislation in need of clarity

The Department of Human Services is obliged to provide protection to a child when a number of criteria are satisfied including when the child’s parents have not protected — or are unlikely to protect — the child from harm.

Judge Gray recommended the Children Youth and Families Act2005 should also take into account the needs of parents like Ms Batty, who was protective, loving and willing but unable to prevent the other parent from causing harm to their child.

In that situation, the DHS should support the protective parent through the family law proceedings concerning the child and parent contact.

Judge Gray also highlighted the unfortunate consequence of “bench warrants”, which cancelled out Anderson’s obligations to report while he was on bail, leaving him at large in the community unlocated by authorities.

He said Anderson was aware of this flaw in the system and used it to his advantage. Judge Gray recommended the Bail Act be amended accordingly, while also recommending that bail not be allowed in the first place if the accused cannot give good reasons for why they are not able to appear at court.

The confusing and complex nature of the family law and family violence system was apparent throughout Ms Batty’s experiences with the courts.

The Magistrates’ Court has the power to make a previous parenting order, made under the Family Law Act, consistent with a Family Violence Intervention Order made down the track. This new order, however, is on an interim basis and can expire in 21 days in the interests of procedural fairness to the respondent.

In the case of Ms Batty and Luke, Magistrate Anne Goldsbrough in April 2013 used this power to take away Anderson’s access to Luke despite a 2006 parenting order which stated otherwise. She amended the 2006 order, suspending Anderson’s contact with Luke because she had grown concerned that Luke could become “collateral damage”. 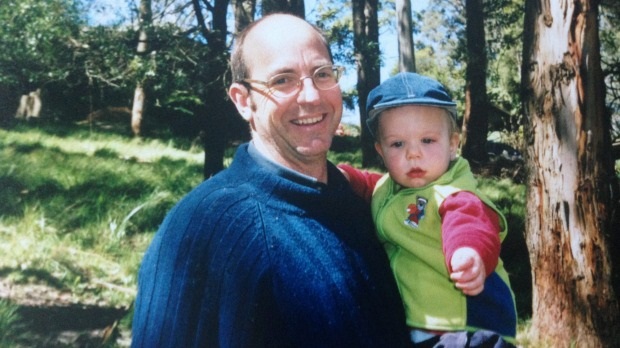 These terms, however, were not reproduced in the Family Violence Intervention Order taken out later, confusing people outside of the court and Ms Batty.

The 2006 orders remained in place until Luke’s death, despite being temporarily suspended by Magistrate Goldsbrough.

Judge Gray recommended that the Family Law Council consider amending the relevant section by removing the time restriction and that the Magistrates’ Court ensure orders are written clearly and unambiguously.

The intervention order process needs a shake up

Not only was it recognised that the proceedings were confusing and stressful for Ms Batty, but a number of ambiguities existed throughout the orders.

Judge Gray said the most critical uncertainty was in a 2013 family violence intervention order, which created confusion as to whether Anderson could see Luke when he played sports.

The order stated that Anderson could see Luke during the week even though Magistrate Goldsbrough intended it to be only on weekends.

When the order was amended, Ms Batty was not made aware that the change confirmed that Anderson could only see Luke on the weekend.

Greg Anderson should have been arrested, brought before the court and remanded in custody at the time of Luke’s death

Anderson was facing 11 criminal charges and had four unexecuted arrest warrants out against him when he killed Luke.

Because of misunderstandings among police about when warrants needed to be recorded in their internal systems, there were a number of missed opportunities to arrest Anderson.

Judge Gray identified two critical times leading up to Luke’s death when Anderson could have been arrested:

However, Judge Gray did commend the police for having made the necessary changes to their warrant execution system since Luke’s death.

Judge Gray recommended a formalised advocacy role for women like Ms Batty who found the court experience lonely and frustrating.

During the inquest, Ms Batty talked about the pressure to “keep it together” throughout the court process lest the police lose interest and believed they were dealing with an irrational woman.

“I was hoping someone . . . was going to step in and help me protect Luke and take some weight off my shoulders. I wanted other people to step in and make some decisions, so it wasn’t all me facing Greg. Having to deal with the wrath of him.” — Rosie Batty

She said: “I was hoping someone . . . was going to step in and help me protect Luke and take some weight off my shoulders. I wanted other people to step in and make some decisions, so it wasn’t all me facing Greg. Having to deal with the wrath of him.”

University of Melbourne Professor Cathy Humphreys had told the inquest that in the UK, 57 per cent of women who had been supported by an advocate were no longer subject to abuse following three or four months of contact.

The advocate would facilitate the sharing of information and assist the women to best appreciate the level of risk.

Judge Gray added that it was vital that the courts dealt with family violence situations sensitively and accommodated the traumatic and emotional experience the next-of-kin would be going through.

► If you or someone you know is impacted by sexual assault, domestic or family violence, call 1800RESPECT on 1800 737 732 or visit 1800RESPECT.org.au. In an emergency, call 000. For practical information and confidential support visit I-DECIDE, an online interactive tool for women in unhealthy or unsafe relationships. 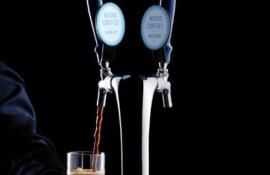 “You feel like you’re getting somewhere”: community gets behind a post-flood deep clean Freedom fighters or glory seekers? Rebels for another country’s cause