Stressed, distressed, far from home, many overseas students are not OK

With rising rates of mental health concerns among university students, RUOK? Day urges people to find support. But on many campuses services struggle to meet demand, and international students are at risk of falling through the cracks. Sakshi Agrawal reports. 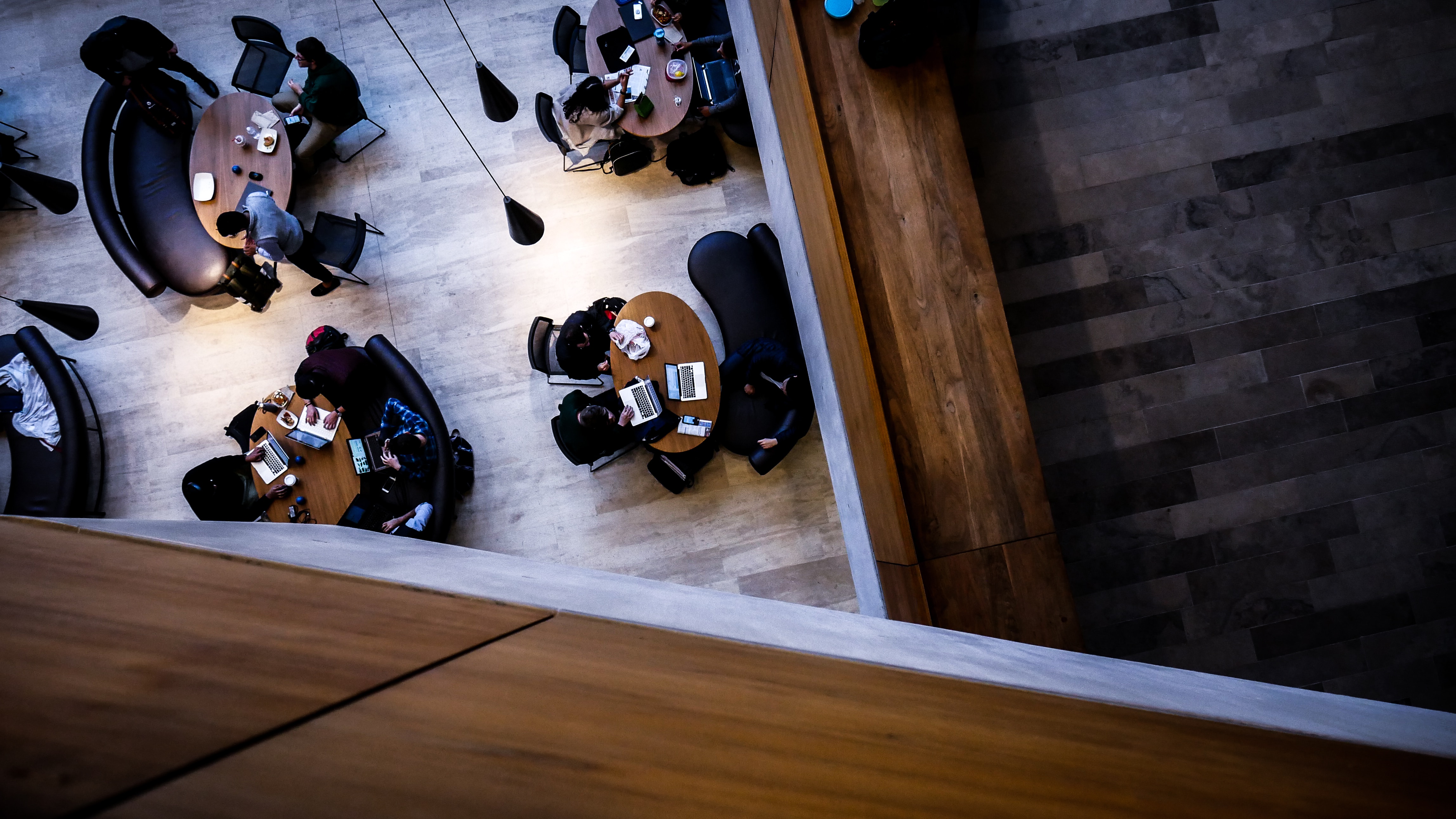 Curled up on her bed looking out the window at the trees, Arya* felt miserable and entirely disconnected from the world outside.

She wanted to go back to her old life, to her friends and family, but she knew she couldn’t.

From the very beginning, she had a difficult time adjusting to the cascading changes, demands and dislocation of her new student life.

“It was the first time I was away from home,” she says. She says her mental health “deteriorated a lot as I came here because I knew no one and it was difficult coping with everything – new culture, new people”. In her darkest moments, she wanted to talk to the people around her but was afraid of being judged.

“I didn’t know what I could do in life and there was a lot of guilt and negative emotions inside me and I didn’t know who to ask or turn to for help.”

When she did try to access campus services designed to assist students in distress, she found them so overburdened that she couldn’t make an appointment.

While Arya recalls being consumed by isolation and mental distress, she was far from alone in her misery. This week the Australian Institute of Health and Welfare released research indicating that young people are now the nation’s loneliest demographic, with 19 per cent of teenagers reporting feeling lonely. A 2017 survey of the mental health of tertiary students conducted by Headspace found 65% of the respondents reported high psychological distress and 35.4% had thoughts of suicide or self-harm.

There’s increasing pressure from mental health experts urging  Australian universities to take a more proactive role in tackling the crisis. Meanwhile coronial investigations into the suicide deaths of international students in Victoria have thrown a spotlight on their particular vulnerability, triggering recommendations for the Federal Department of Education to initiate strategies to reduce risks.

There’s evidence that the levels of psychological distress experienced by university students is higher than other people in the same age groups, and that it worsens as they progress through their studies, says Dr Chi Baik, an associate professor in higher education at the University of Melbourne and a student mental wellbeing expert.

“There are many reasons for this but there is an association between psychological distress and aspects of course experience,” says Dr Baik.

Experiencing this kind of distress doesn’t necessarily mean that a student has or will suffer a mental illness, she says, but “if students are in high levels of distress for a prolonged period it means they’re more at risk of developing serious mental health issue”.

A 2017 report by Orygen, the National Centre of Excellence in Youth Mental Health, “Under The Radar”, found that the key stressors for Australian tertiary students were academic demands, financial difficulties, feelings of loneliness and challenges with balancing commitments.

It observed that “the very nature of the university experience could increase the risk of psychological distress … financial stress, lack of sleep, poor diet, balancing work and study responsibilities, living away from family and pressure to excel in the context of an increasingly competitive job market”.

While Australian universities pride themselves on providing world class education, the mental health concerns of students have “been largely absent at a government policy level, impacting on the capacity and capability of the university sector to effectively respond”. The report urged a series of actions, including making the issue more visible, collecting meaningful data, and for university to provide more leadership, coordination and monitoring of mental health services.

While much of the research suggests academic pressure being a core reason for poor mental health among students, reflecting on her own experience and observations, Arya feels that the problem is beyond that.

“It is hard to balance everything out. Now, there is more pressure and competition in terms of getting a job and at the same time also maintaining a personal relationship with friends and family,” she says. “Also, international students have additional stress to pay back their parents or the student loans.”

Dr Baik says that mental health is emerging as an increasing issue on campuses due to a combination of factors. Some if it is about more visibility of issues that were long hidden by stigma and taboos, with people more willing to discuss and report their concerns. But she believes that there are also likely rising rates of psychological distress among students.

“I think mental health is the number one health issue that Australia is facing right now,” says Dr Baik.

“There is no short-term solution to it but it’s a huge and growing problem. There needs to be an intervention or solution to it.”

She says the experience of universities in Australia and elsewhere around the world – notably in the UK and US – was that they could not meet the demand for psychological support services, resulting in long waiting lists. She pointed out that there are other services “that are not university based that students have access to”. But Arya’s experience demonstrates that for international students, locating and accessing these alternatives is sometimes not possible

Dr Tony Jorm, an emeritus professor and editor-in-chief of the journal Mental Health and Prevention, is not persuaded that the growing demands of services reflects a growth in the scale of the underlying issues. Rather, he believes that the statistics reflect increased reporting as stigmas around recognizing and discussing mental health are gradually eroded.

“We have no evidence that shows rising prevalence but what we see is greater awareness,” Dr Jorm says. “Years ago it was much more hidden but I think people are willing to talk about it more.

“We do more research than before and there are more mental health services available now. So, I think it’s become more prominent and discussed more in the media also.”

Regardless of whether the incidence of mental health concerns on campus is rising or just becoming more visible, the result is increased demand from students requiring professional support, and they don’t always find it when they need it.

Arya recalls that when she reached desperation point and tried to get professional help through the university student support services she was told that there were no time slots available for counselling.

“I tried for three-four consecutive days but no luck. I even woke up at 6am to check (online) but it always said ‘full’.

“They had an option to call them or go directly, but I was not comfortable with that situation. There was nothing I could do about it so I dropped the idea of seeing a therapist,” she says.

Not knowing her way around the Australian health system, she was unsure about what her other options might be. She did reach an online counsellor on an emergency line at one point and chatted for “about five to 10 minutes. But it was of no use because someone on the chat was sitting far away and it felt disconnected”.

The University of Melbourne health services declined to be interviewed when contacted by The Citizen, citing the limited availability of expertise and high demand for services.

The needs of international students like Arya were highlighted in an investigation last year into the death of University of Melbourne student Zhikai Lui.

Lui, a 24-year-old Chinese national, died on March 6 2016 after falling from a high-rise apartment. The death was later ruled to be a suicide.

The Coroners Prevention Unit (CPU) was called in to investigate the suicide and discovered that Lui had been suffering from insomnia since he arrived in Melbourne in November 2015. He also faced language barriers with students in his course that contributed to his depression.

The scope of the investigation was much wider than the Liu case. It uncovered evidence that between 2009 and 2015, 27 international student suicides had occurred, a figure which was acknowledged as possibly underestimating the true toll.

The International Association of Counselling Services Standards recommends that the universities should have one counsellor should be there for every 1000-1500 students by. But a 2013 survey by the Australian and New Zealand Student Services Association’s reported that the ratio of counsellor to students was one is to 3000-5000, at most of the universities.

Dr Jorm believes that there has been “enormous growth” in the availability of services for mental health problems. “The demand is growing and the supply has grown enormously but the big problem in Australia has been that the quality of the services is not very good.”

After trying out the university services, Arya found no alternative but to fight through her distress and get out of the bed and back into the world all by herself.

It has been more than a year since that worst phase, and she says that with time she has begun to feel better, that she has gradually found ways to adjust to her new life and her unfamiliar surroundings.

*Arya is a pseudonym, she asked not to be identified for privacy reasons.

If you know someone in crisis or needs support, please call Lifeline on 13 11 14

For more information on getting help please go to Headspace, ReachOut.com, or BeyondBlue.