A cascade of glitter, colour and rainbow flags flowed through the centre of Melbourne on Saturday afternoon. Charlotte Grieve joined the parade, and asked about 100 people what brought them out onto the streets. Most simply said “love.”

This August marks 13 years since John Howard amended the Marriage Act to restrict marriage rights to heterosexual couples. Every August since, the anniversary has been recognised with rallies calling for a change in the legislation and a show of solidarity with the LGBTI (lesbian, gay, bisexual, trans and/or intersex) community. This year was no different. In the context of the controversial same sex marriage postal vote, thousands gathered outside the State Library of Victoria. Among the crowd were people of all ages, religions and professions. 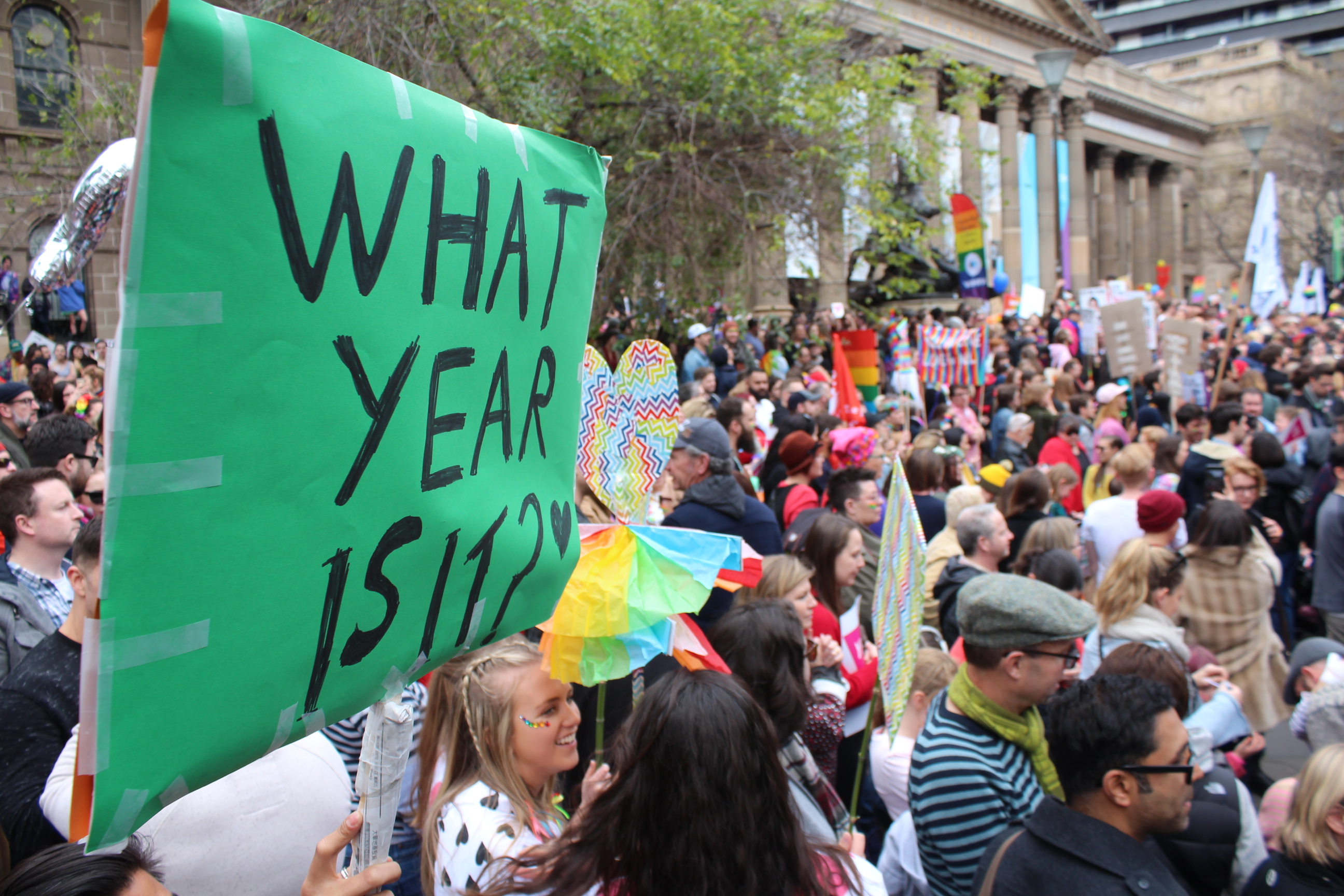 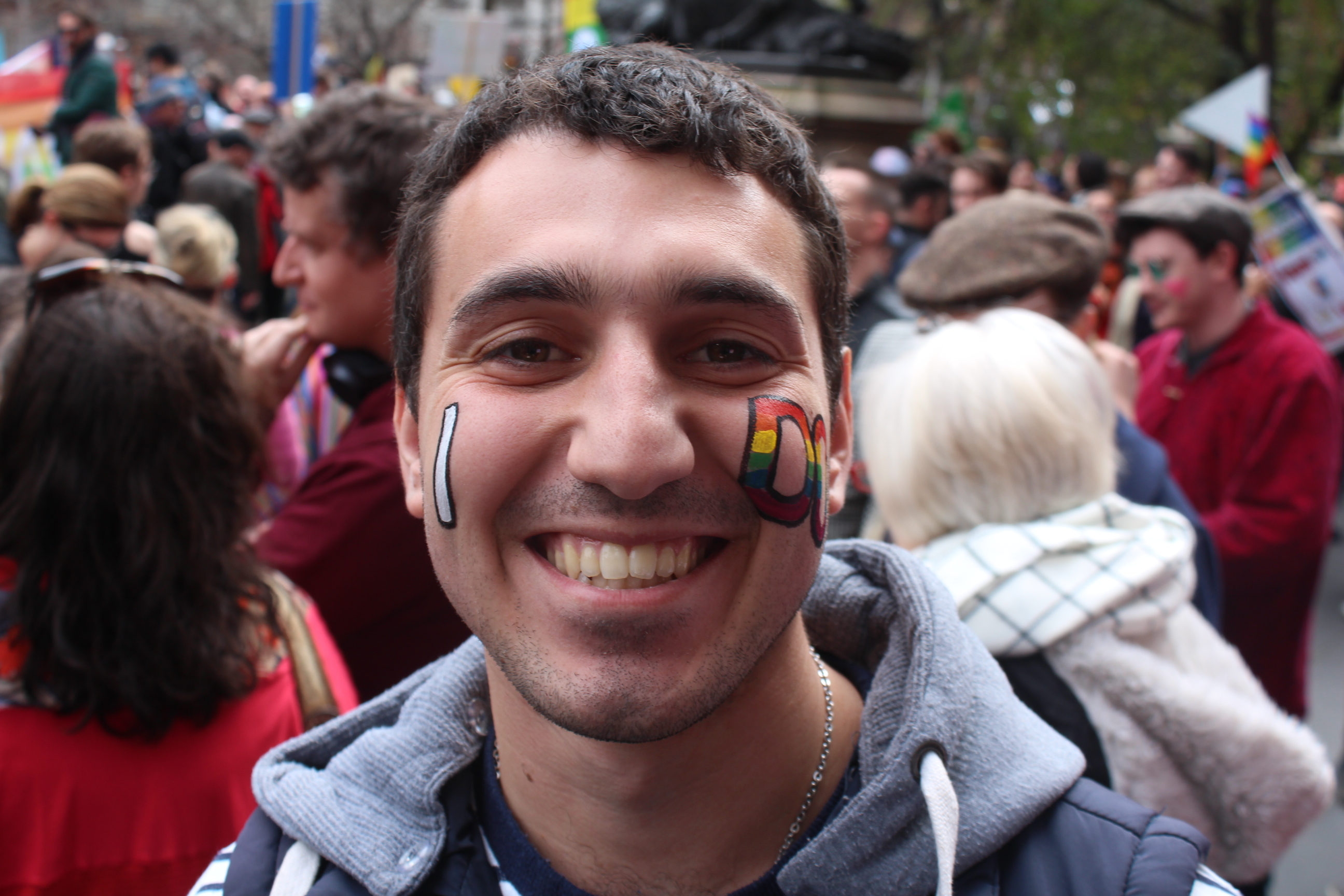 “My brother is gay. If I’m allowed to get married, why can’t he?” 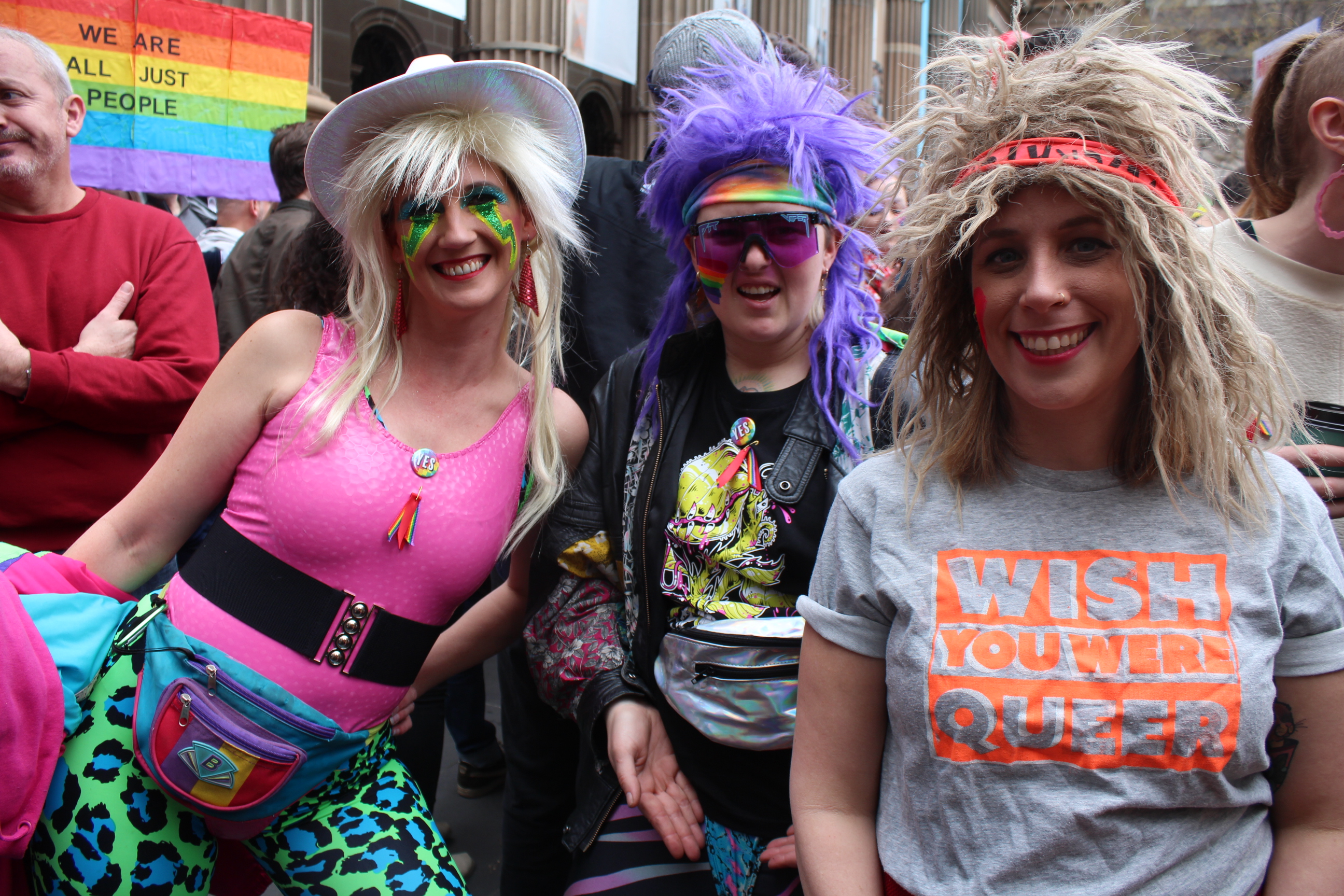 “It’s about love but also death. Shit starts to matter in death. When the person you love is sick or dying and you don’t have the right to speak on their behalf or the family can cut you out of that, that is unfair. That’s when it really starts to count.” 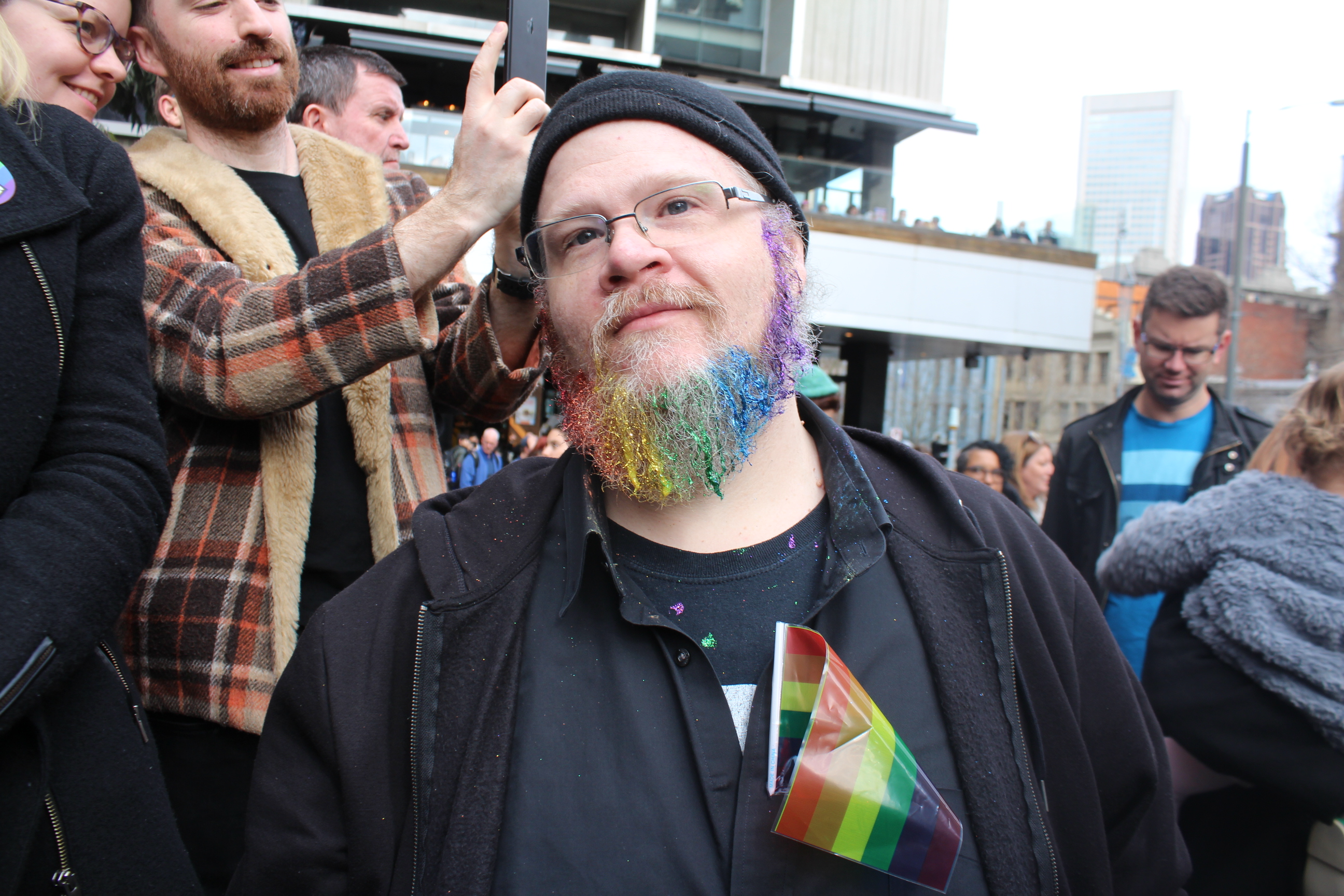 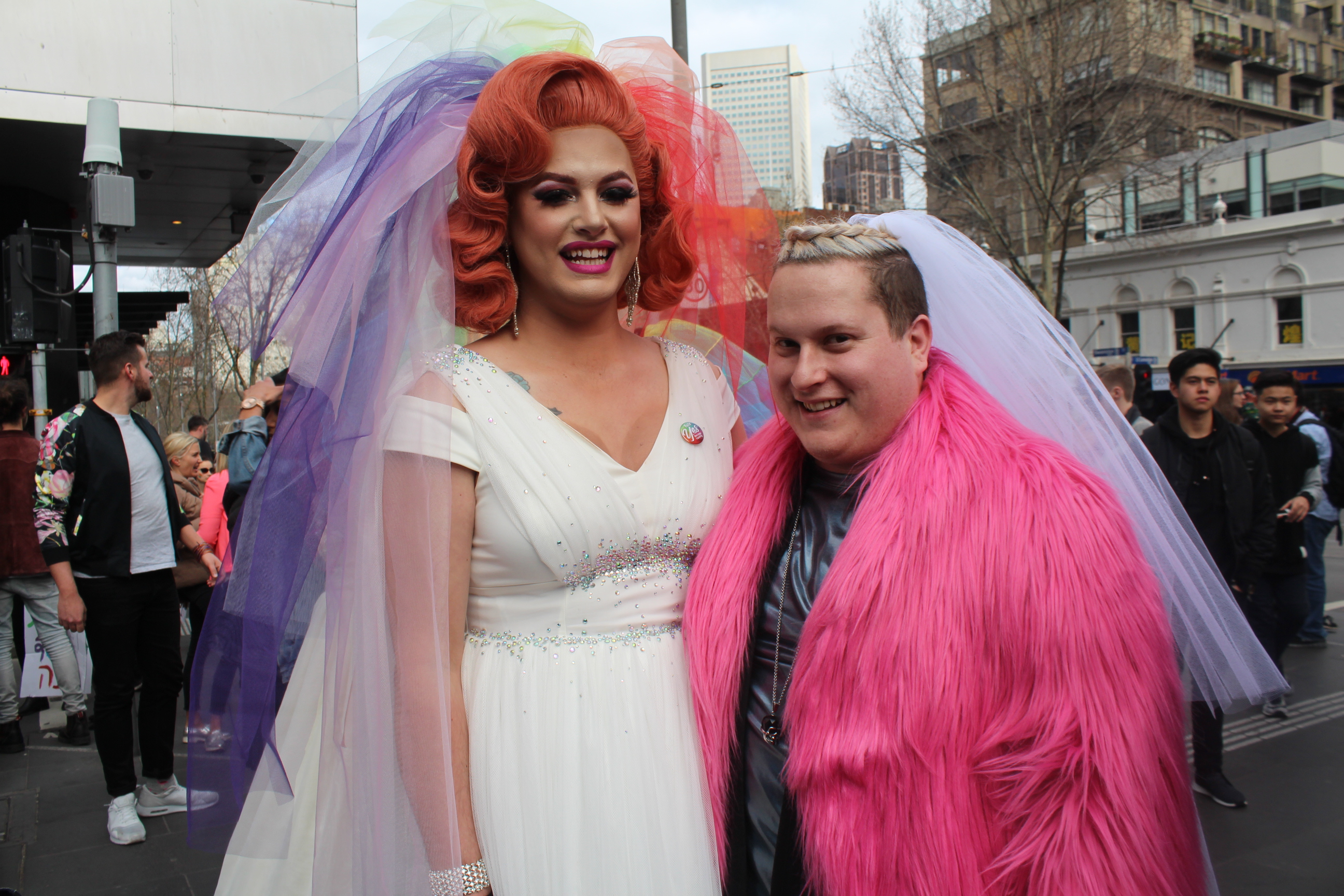 “Imagine all the gay weddings – it’ll be a massive boost to the economy.” 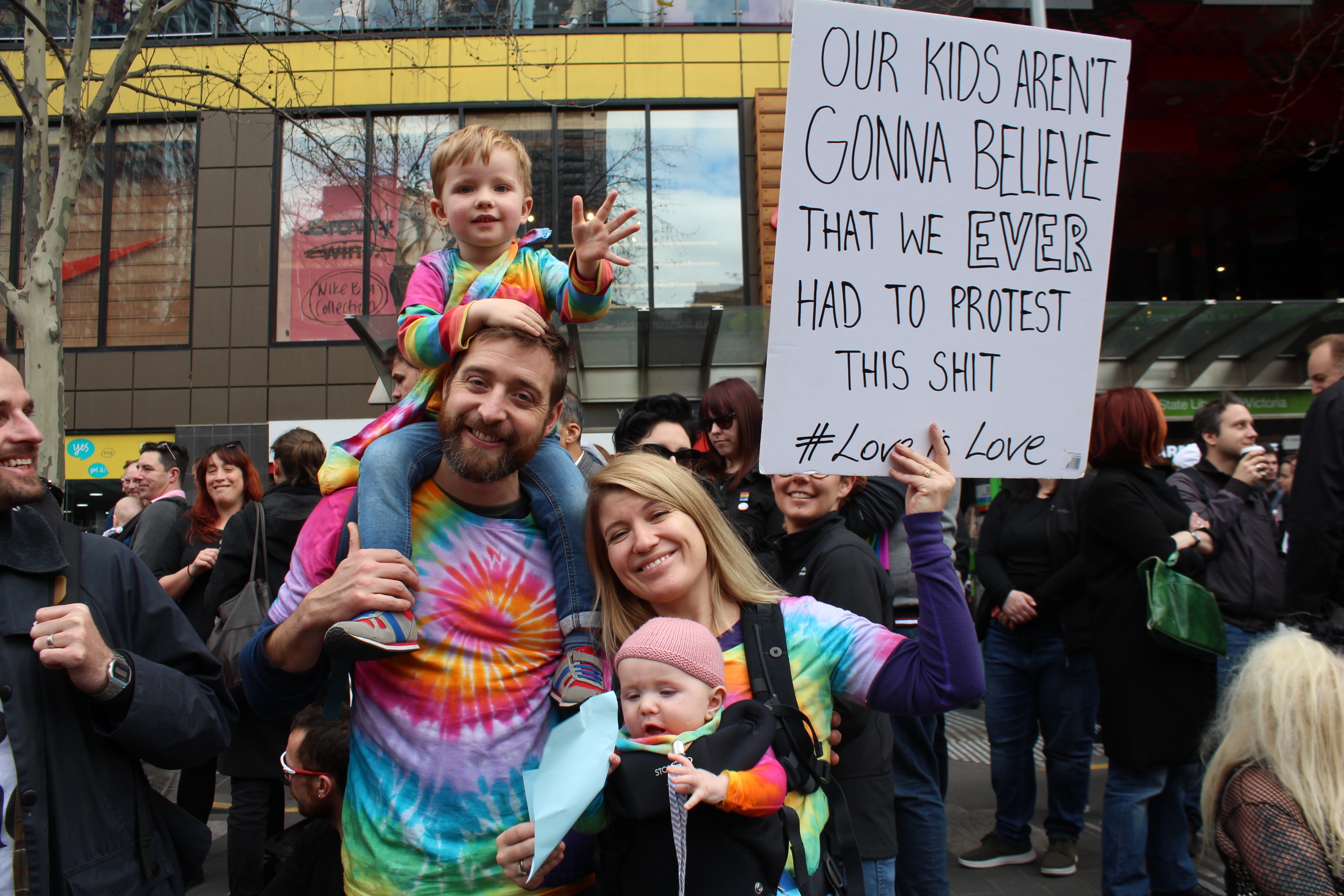 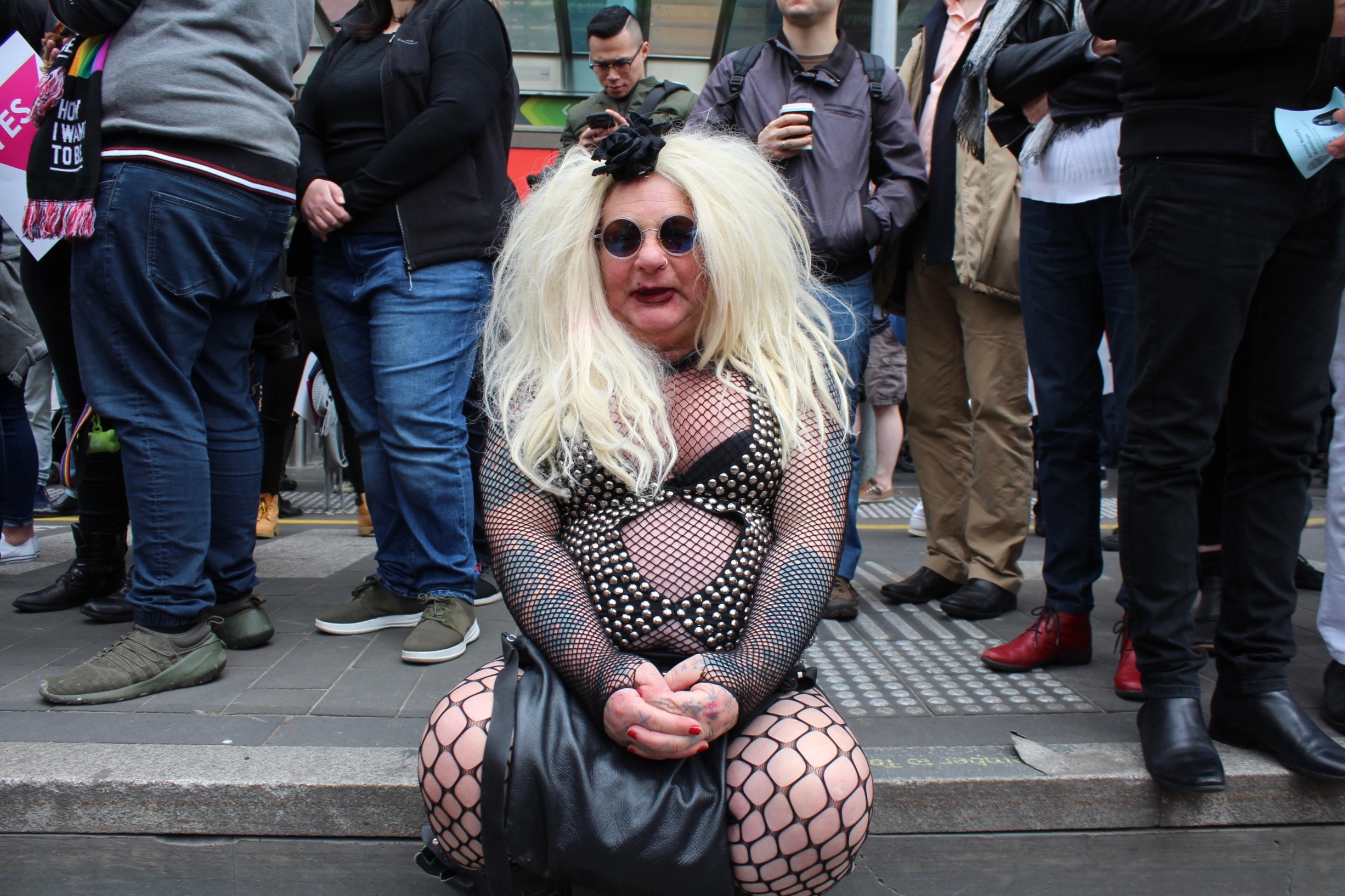 “I have trouble getting someone to stay just for one weekend. So I fully support marriage equality. If they bring it in, let’s make it compulsory

so everyone who’s gay has to get married.” 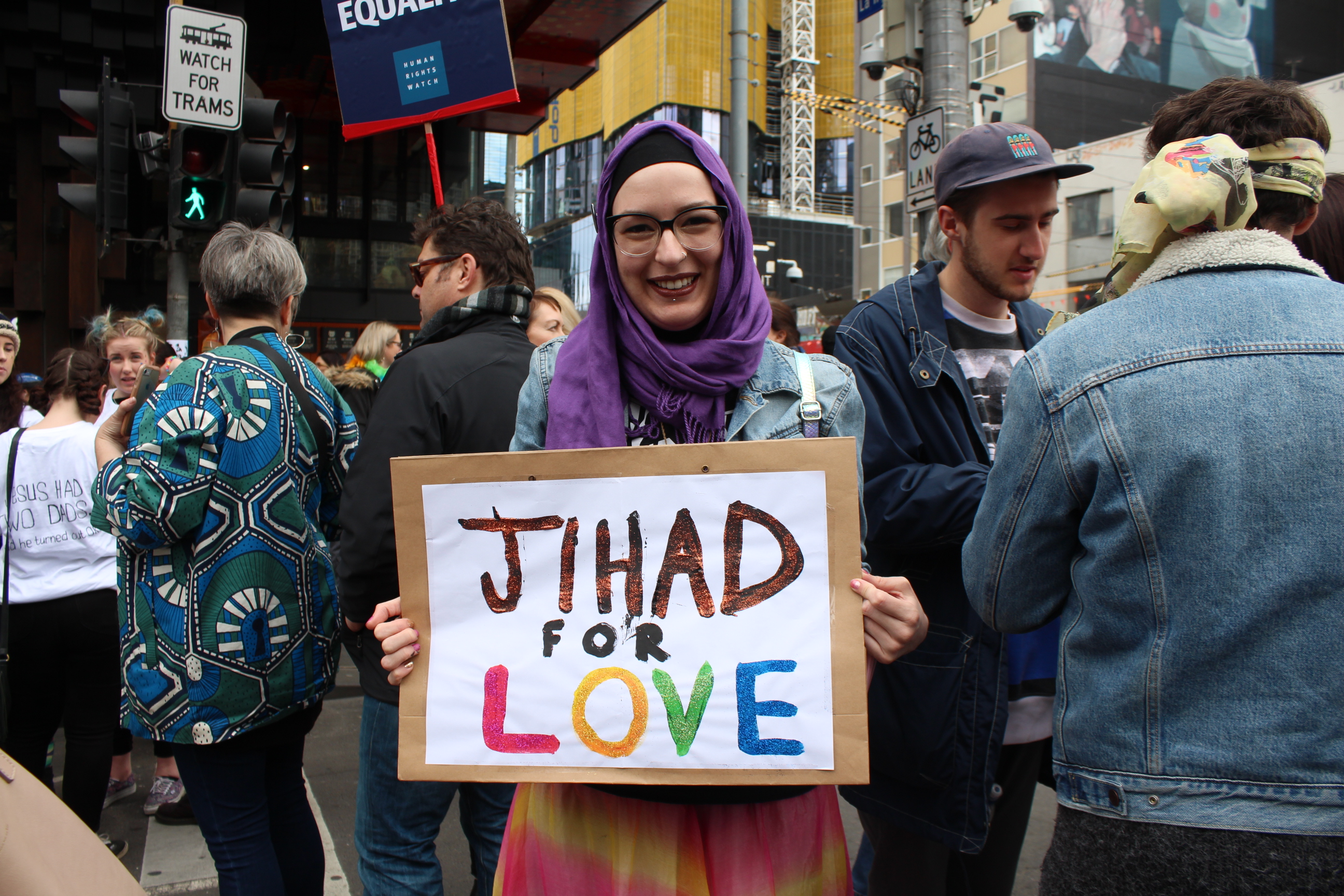 “I only came out at 21 and I converted a couple of years later. At first I was hesitant because I was aware that Islam has a big name for being openly homophobic. But I actually got in touch with a huge LGBTQI Muslim community in Melbourne and they encouraged me that you can be Muslim and openly gay. Jihad is an Arabic term from the Quran. It means to struggle for your faith. It’s been completely hijacked by terrorist groups. One of my favourite films is A Jihad For Love. It’s about queer Muslims in Muslim-majority countries who have had to struggle for their life and their faith. I’m lucky enough to be in Australia where I can be Muslim and openly gay but I still can’t get married so this is my own jihad.” 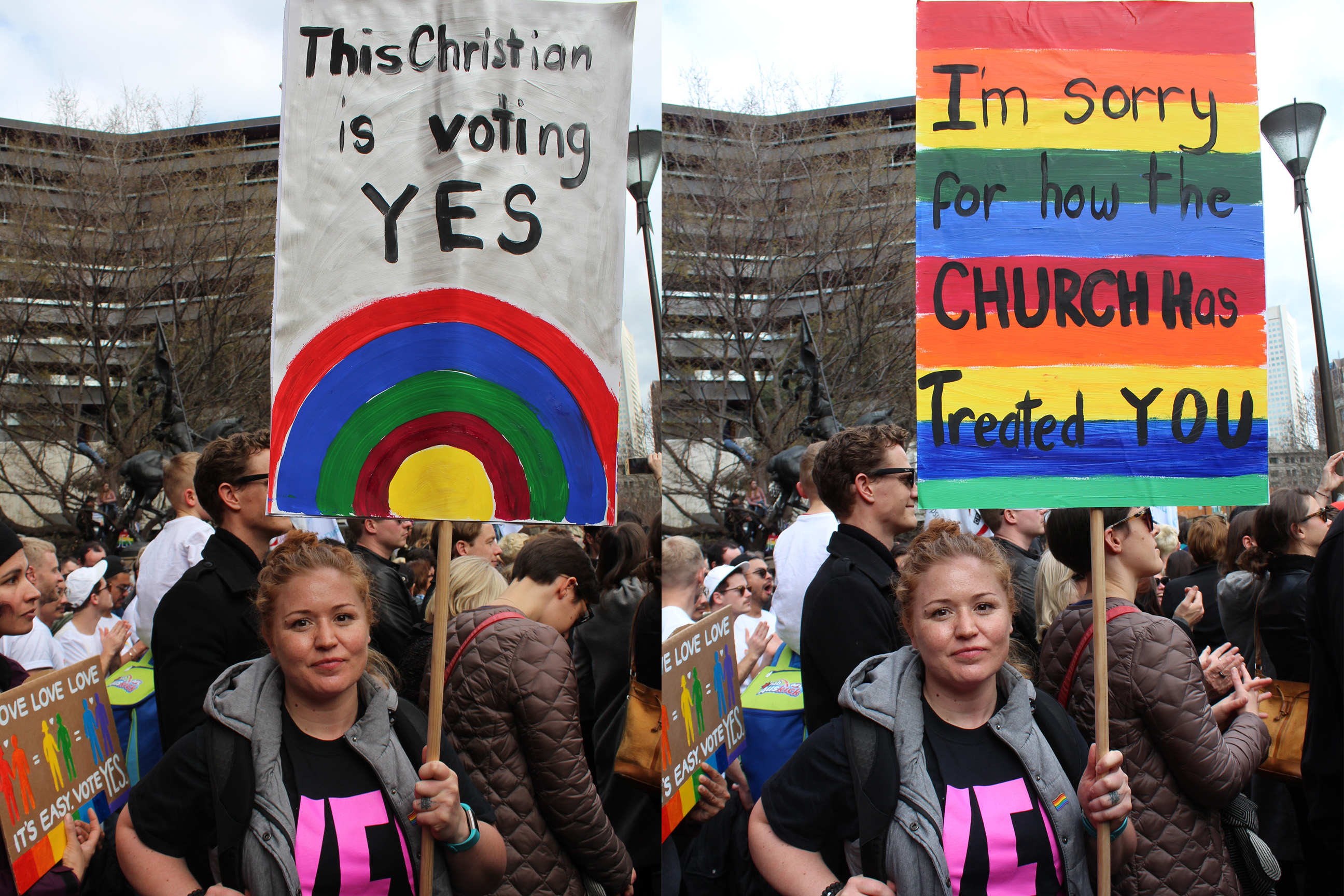 “I think the Bible has been misinterpreted, marriage equality is not anti-Christian. Jesus talked about a lot of things but never once did he talk about homosexuality. If it was that important, he would have talked about it. I think the church is trying to impose their view on people and it’s just wrong. It’s completely wrong. More people are coming around. My pastor on Sunday said ‘don’t do anything that’s going to put a barrier between a whole community of people and God, so vote yes’ … My husband has never enrolled but he enrolled to vote because he feels so strongly about this. He doesn’t want to be in the bigot camp. He wants to be in the yes camp. It made me cry when he enrolled.” 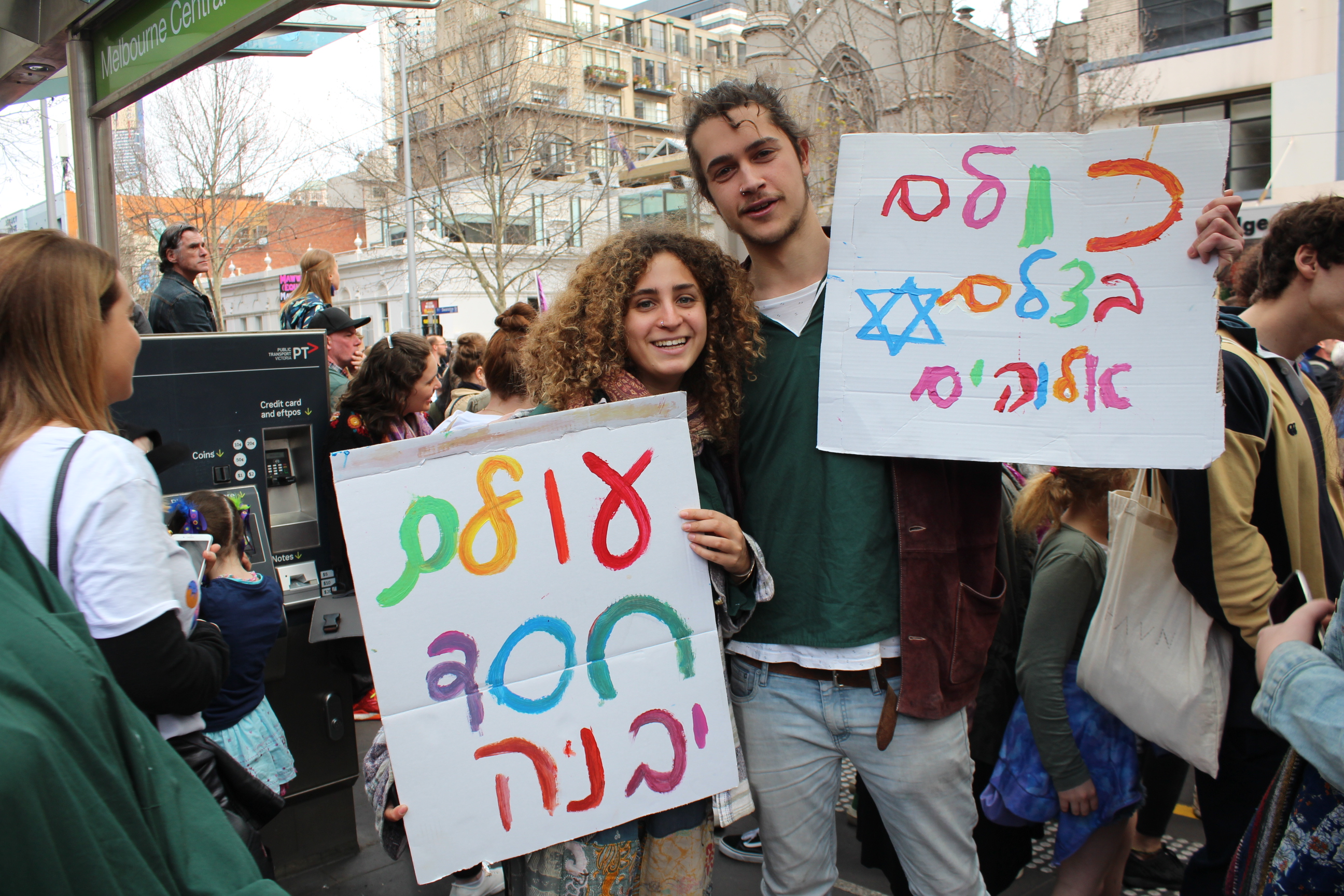 “B’tzelem Elohim in Judaism is that everyone is equal to God. And so in Israel when there are gay pride marches, everyone wears B’tzelem Elohim badges because you can’t be against homosexuality when everyone is created equal to God. There are seven different Jewish organisations in Melbourne. They range from left to right politically and all of them have gotten behind marriage equality. There is one really religious group and they’re split but individually everyone is for it.” 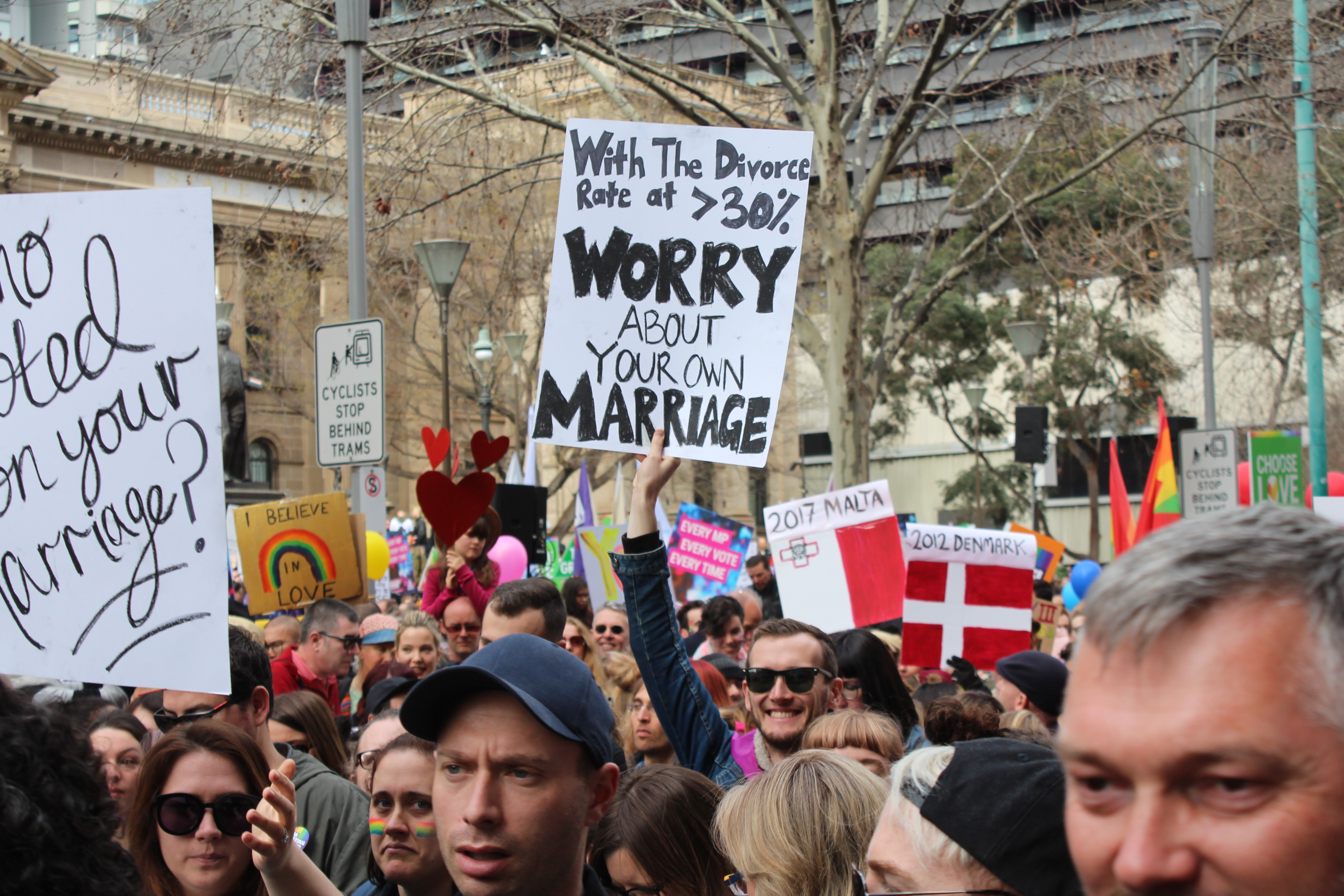 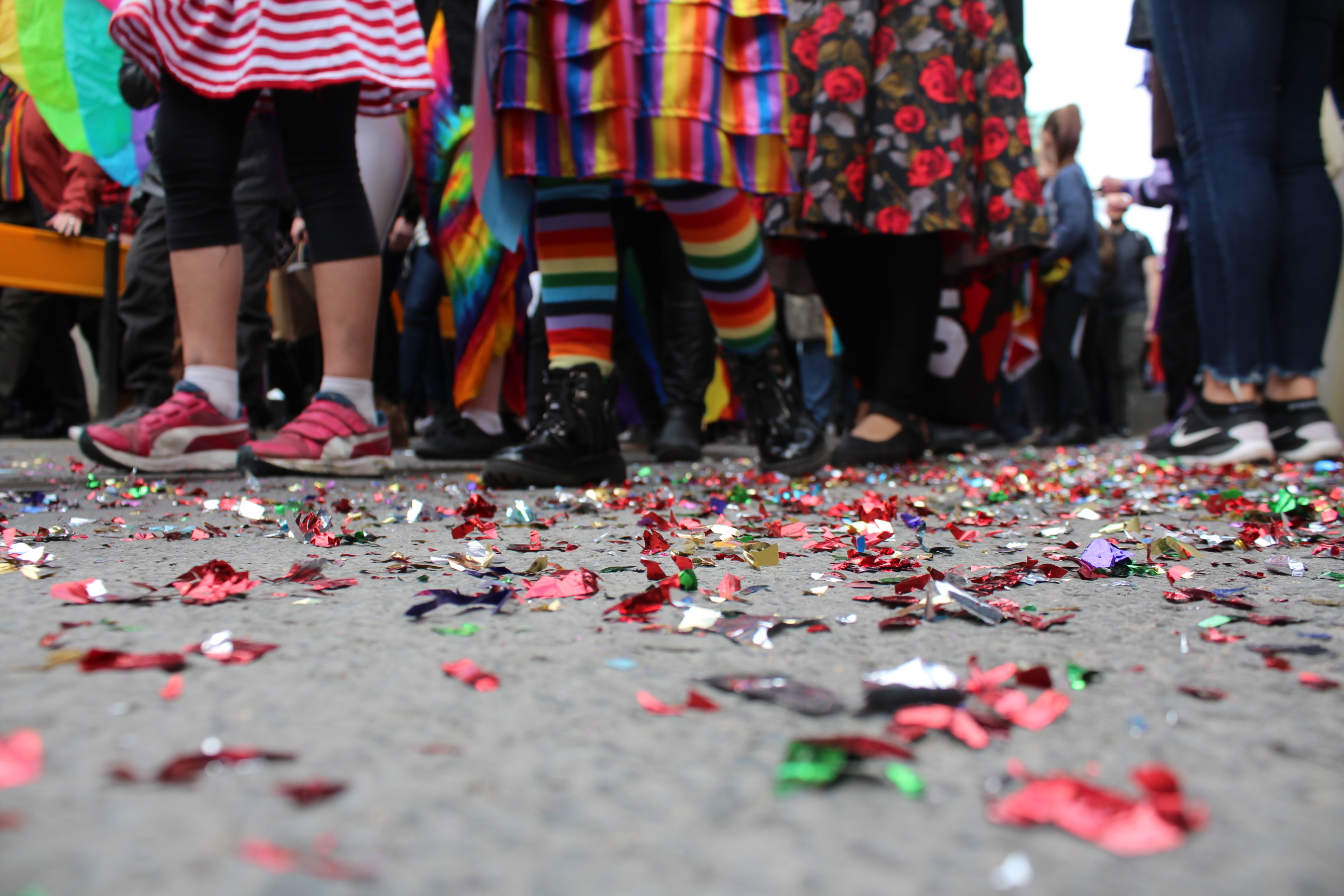