The multi-million dollar sex industry began feeling the fallout of coronavirus long before restrictions closed it down. Even as it returns to restricted operations, thousands of sex workers find themselves in a profoundly changed reality. Alyssa Herr reports. 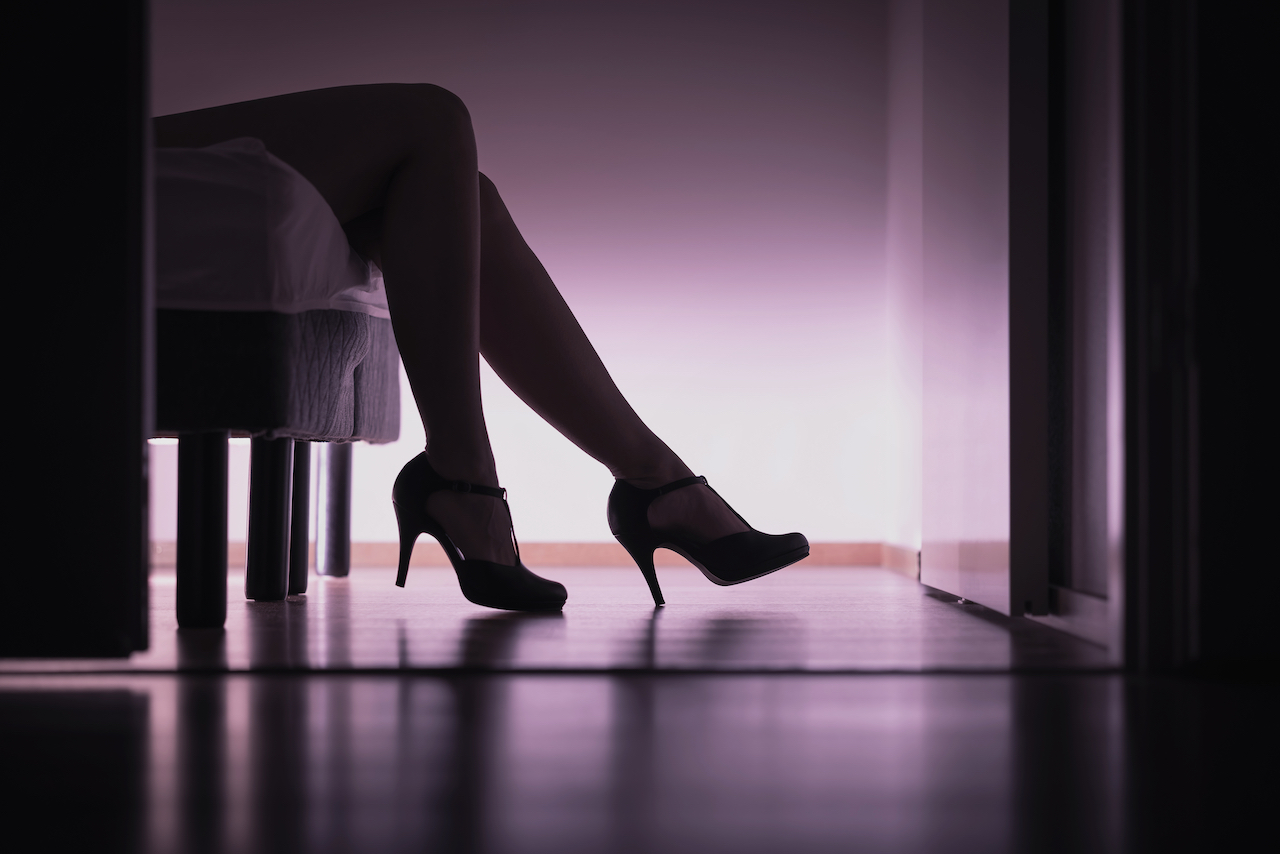 “Clients were extremely open to my face about associating me with COVID-19”, says Asian-Australian sex worker Alannah. Image: Shutterstock

It’s been a long pandemic for Alannah*, an Asian-Australian sex worker who first began to feel the economic hit of the coronavirus pandemic long before it crashed into the lives of other Melburnians.

“I started experiencing discrimination in early January, as soon as the virus emerged in the news,” she says.

Having worked in the Victorian sex industry for over a decade, Alannah was accustomed to her cultural background playing a powerful role in her work, with many clients selecting her based on her racial profile. But as the coronavirus outbreak in China hit the news, client tastes shifted dramatically and workers like Alannah became objects of fear instead of desire.

“Clients were extremely open to my face about associating me with COVID-19”, says Alannah.

“Management began to get irate at me for ‘driving customers away’.”

Alannah describes clients abruptly declining her services and physically recoiling from her in a panic. And this presented more than a personal afront, quickly costing her her livelihood. Alannah is obliged to pay the brothel venue to work her shifts there, and with clients vanishing she was forced to quit in late February – weeks before the first Australian cases and the ramping up of restrictions.

As a consequence of the pandemic restrictions that have run through Victoria’s first and second wave of the coronavirus crisis, including the 112 days of lockdown in metropolitan Melbourne, brothels, strip clubs and massage parlours have been shut down since the end of March.

As other Melburnians gradually return to some semblance of pre-pandemic life over recent months, albeit masked, sex workers remained in limbo until late November when they were finally allowed to resume restricted operations.

While the sex industry may operate largely out of public sight, it provides incomes for thousands of workers. There are 88 licensed and over 500 unlicensed brothels in Victoria, and anywhere from 5000 to 10,000 sex workers, according to Sex Work Reform Victoria. Nationally, the industry is conservatively estimated to be worth $165 million, and for much of the year it has been in pandemic gridlock.

But even as retailing and other industries, were returning to something close to normal operations in many parts of the country, brothels and strip clubs remained closed, said Jules Kim, CEO of the industry’s peak body, Scarlet Alliance.

She noted how other person-to-person businesses, such as massage therapy and beauty parlours, were included in step two of the government’s reopening plan. “It’s kind of hard to say that it’s being anything but discriminatory,” said Ms Kim.

Even with the industry now back in restricted operation, Asian sex workers are doubtful their isolation will end even when they are permitted to return to work as a consequence of a spike in racism fuelled by the coronavirus pandemic.

Over 360 incidents of abuse and assaults on East Asian people have been reported via an online survey titled ‘I am not a Virus’ launched by the Asian Australian Alliance on April 2.

The most commonly reported incidents are verbal threats, racial slurs, getting spat or sneezed on, physical intimidation and shunning. Over 90 per cent of incidents are never reported to the police, says Erin Wen Ai Chew, the alliance’s national convener.

Ms Chew believes coronavirus-related discrimination against people of Asian descent or appearance will affect employment opportunities well beyond the pandemic. “COVID-19 is not the cause of the racism, but it is a symptom of the bigger issue of racism in Australia,” says Ms Chew.

Outside her work in the sex industry, Alannah says she has experienced COVID-19-related discrimination frequently. “It’s a reminder that ‘model minority status’ and the normalisation and acceptance of Asian people and Asian culture is precarious,” she says.

Even for non-Asian sex workers, the industry had gone “pretty much silent” since before the lockdown in mid-March, says Kate Iselin, also known as Samantha X, author of “Hooked: Secrets of a High-Class Call Girl”.

She suspects the initial decline was actually unrelated to health risks. “Not because I think men are worried about catching the virus, but because of the potential recession we are about to hit,” says Iselin.

An impending recession and an entire industry barred from work could set Australia’s progress back decades as criminalisation and restrictions against sex work has been known to drive the industry underground, says Ms Kim.

Forcing sex work underground could have a “really devastating impact on the positive gains” the industry has made with transparency, personal safety and curbing STI and HIV transmissions, she argues.

Even in stable times, “some clients simply don’t care about risking their health” says Alannah, and persist with requests “to pay extra for unprotected sex”.

Among the most economically and socially vulnerable sex workers are international students, who are identified as being in “particular trouble” by Dr Basil Donavan, a sex worker rights advocate and head of the sexual health program at the Kirby Institute at UNSW. Facing high tuition costs, rent and household bills, without access to government support and other sources of income, “people tend to revert to desperate measures”, says Dr Donavan.

Alannah, who had already been transitioning out of sex work for some time, says during the lockdown she found herself “trying to come up with potential ‘pandemic-proof’ occupations” and was drawn to less stigmatised industries.

She’s considering nursing. She thinks the skills she’s learned over the years as a sex worker would be transferable as “both industries require a great deal of emotional and physical labour”.