In a volatile world, are startups the perfect solution or a recipe for disaster? The City of Melbourne is banking on the former in its strategy for economic recovery. With the local scene pumping, an international expert panel gathered this week to discuss its prospects for the future. Jess Cockerill reports. 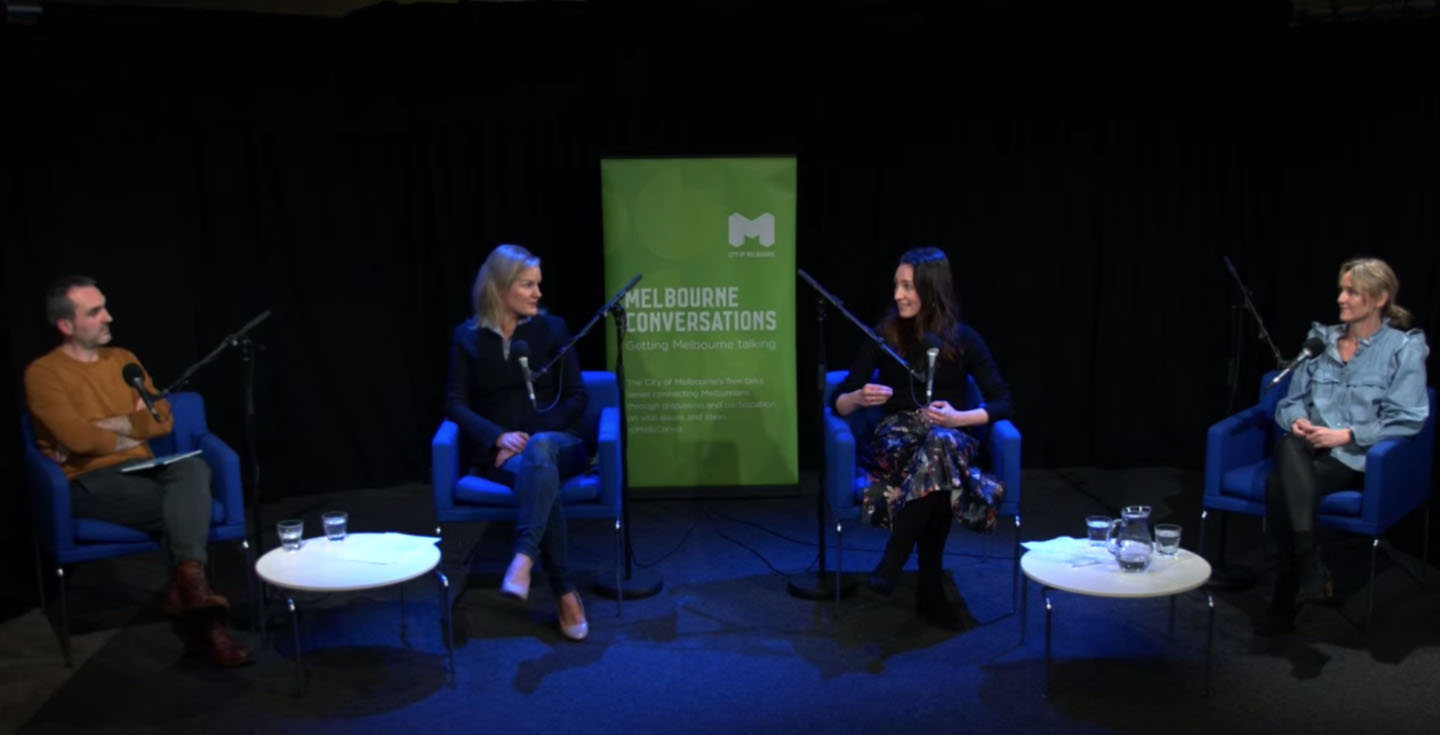 Melbourne’s growing startups ecosystem added $2.4 billion to the Victorian economy in 2019 and employed 19,000 people. The City of Melbourne and the Victorian Government are investing heavily in supporting the sector, identifying it as key to Melbourne’s economic recovery from the pandemic. An expert panel discussed the challenges and opportunities of the startup bubble in the latest in a monthly series of Melbourne Conversations.

Jodie Imam first entered the startup economy after watching a slew of redundancies at her corporate job at Ericsson, the international telecommunications conglomerate.

Imam went on to found Occasional Butler (acquired by Airtasker in 2014), Depo8 (one of Australia’s first co-working spaces and startup incubators), and revenue-based investment fund Tractor Ventures. She is one of many entrepreneurs with high hopes for the future of Melbourne’s startup ecosystem. 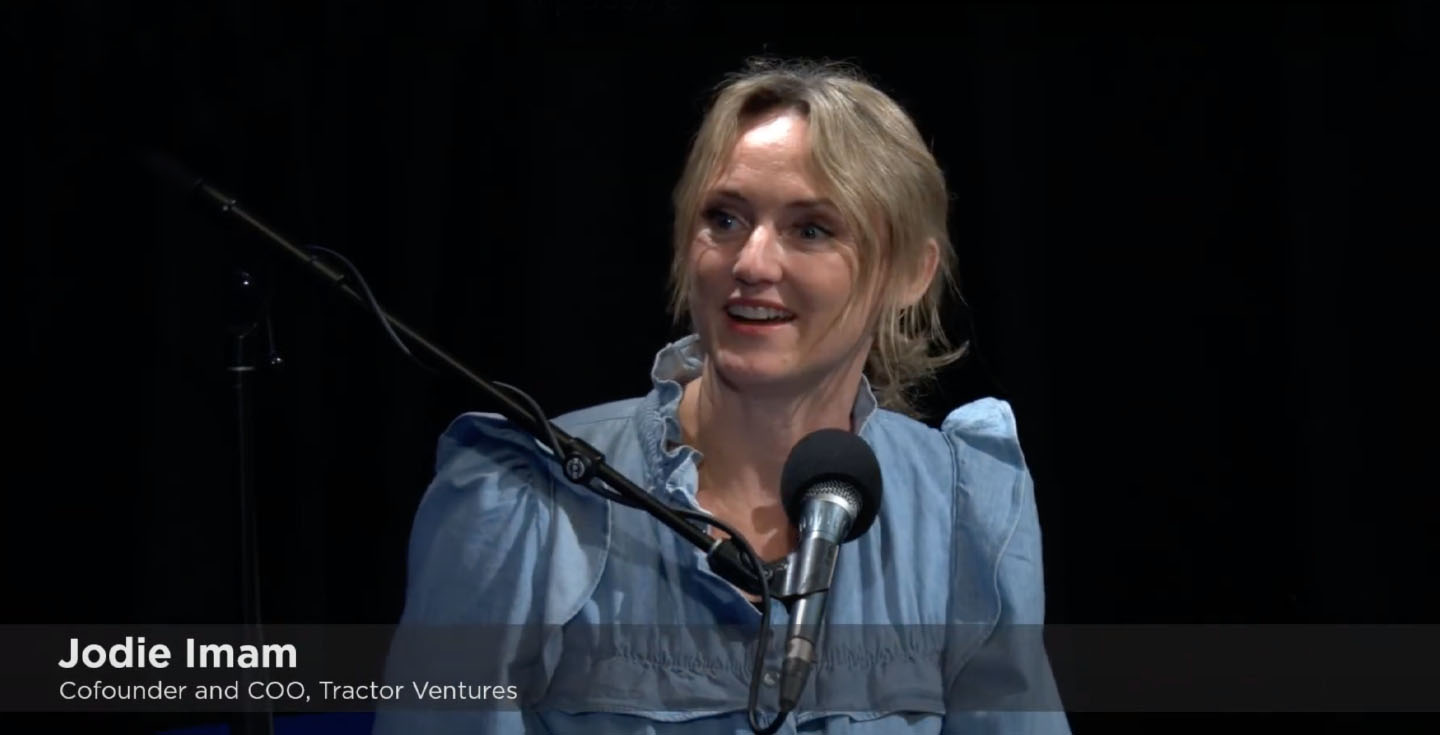 Imam brought her real-world perspective to an online discussion this week hosted by the City of Melbourne, which asked: “Is the volatility of startups a recipe for disaster, or the perfect fit for a volatile world?”

The expert panel began by exploring the definition of the term ‘startup’, which does not necessarily refer to any new business. Forbes magazine defines startups as innovation-based, young companies, which address “the deficiencies of existing products” or create “entirely new categories of goods and services”, and disrupt “entrenched ways of thinking and doing business for entire industries.”

The discussion was led by social anthropologist Dr Fabio Mattioli, a senior lecturer at the University of Melbourne whose current research focus is Melbourne’s growing startup ecosystem. In 2019, startups added $2.4 billion to the Victorian economy, and employed 19,000 people, according to a study by LaunchVic and Deloitte.

The City of Melbourne explicitly identifies startups as key to Melbourne’s economic recovery from the pandemic in its draft economic development strategy. The Victorian government is also on board, allocating $186.2 million to LaunchVic in 2020/21, and $60.5 million to the Victorian Startup Capital ‘Fund of Funds’, which, in partnership with the private sector, is expected to raise $180 million as venture capital.

Kate Eriksson is a key figure in Melbourne’s startup ecosystem. She was head of disruption and innovation at PwC Australia, and co-founded AT&T Foundry – Ericsson’s “innovation center”– in both Silicon Valley and Israel. Now, she is an executive at Melbourne-based YBF Ventures, and has founded her own startup, digital health technology initiative helloEd. 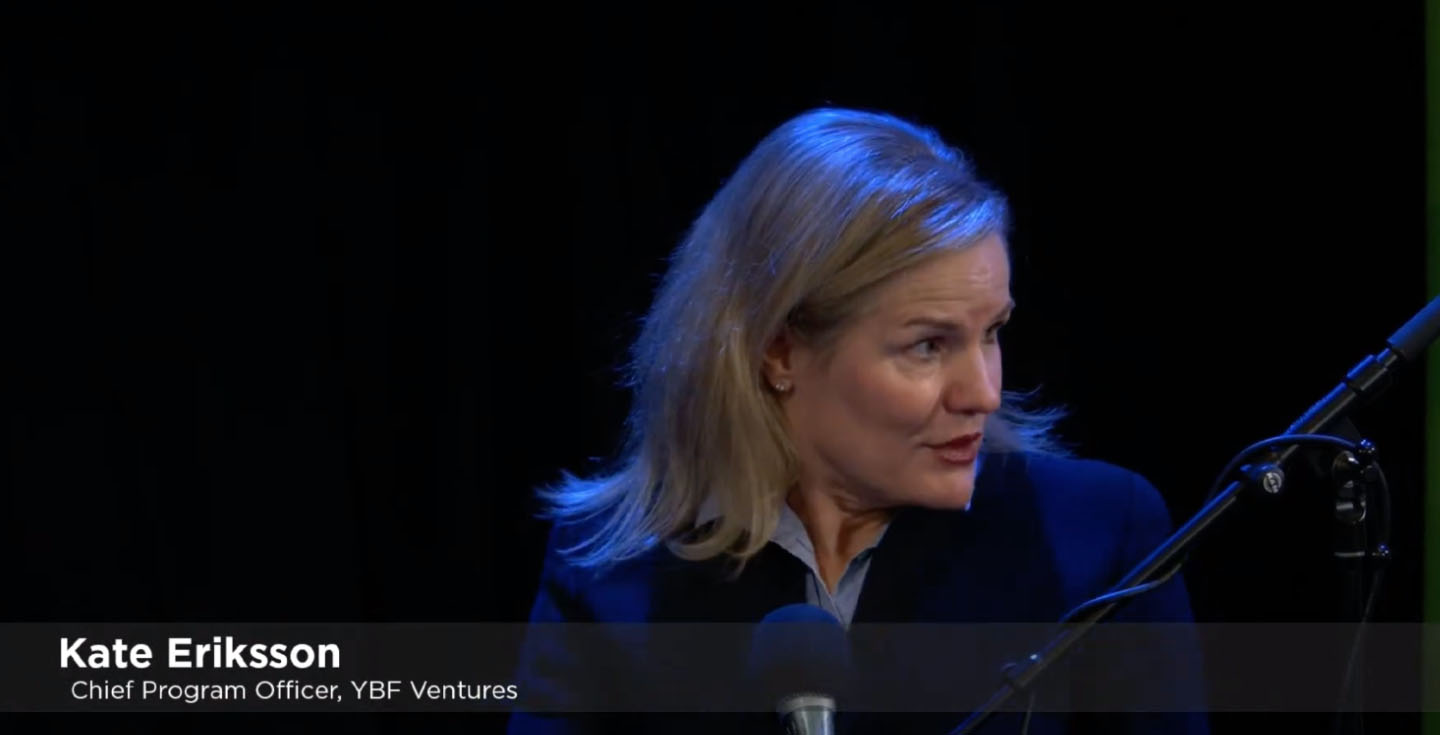 “I think you’ve just got to rethink everything for the situation and not just go into efficiency mode”: Kate Eriksson.

“There’s something magic about startups walking out to deliberately solve and investigate a new problem,” Eriksson said.

For Eriksson, startups are just one part of a healthy economic network that also includes corporate companies, other business, and government.

“They employ people, they create new value, and when successful, they will be doing well around the rest of the world … then, we can afford to have the income as a country or a state to look after people better.”

But some experts, Mattioli said, doubt that startups can – or should – be the main actor in economic development, especially in the wake of COVID-19.

With such large investments from governments to maintain the economy through the pandemic, it’s uncertain how much benefit startups can give to those Victorians most affected by the crisis. These include insecure workers, Indigenous people, women, culturally and linguistically diverse workers, people aged less than 29 or more than 70 years old, people from low socioeconomic backgrounds, and the LGBTQI+ community. 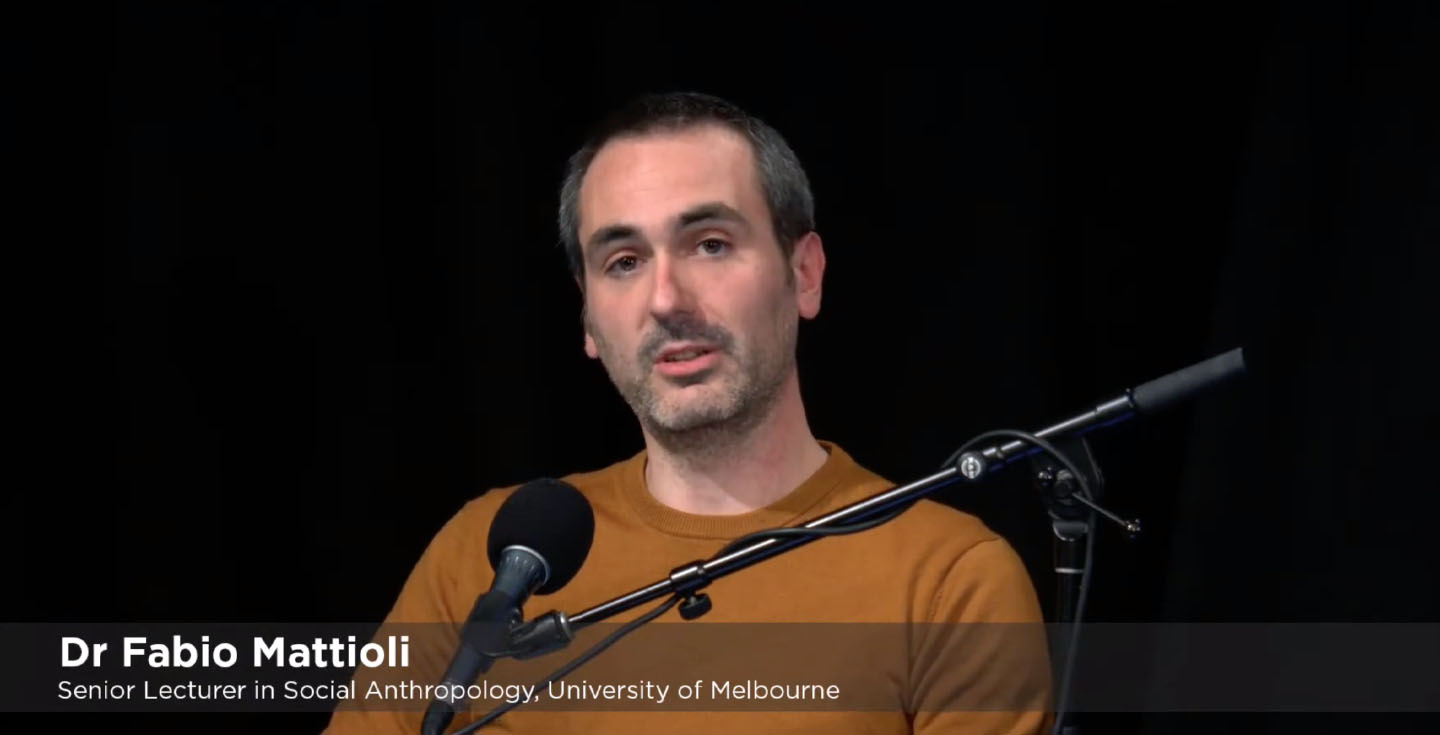 “Essentially, (startups) might be seen as offshoring those risks from corporate and states onto the shoulders of willing people”: Fabio Mattioli

In the panel discussion, Mattioli took on a generally neutral role of moderator, but in his academic work he has tended to be critical of economic models – like startups – that rely heavily on speculative finance. His 2020 book Dark Finance, for instance, explores how the rapid expansion of the finance industry in post-socialist Macedonia empowered an authoritarian regime.

With Uber as an example, he described how some of the main startup success stories have been criticised for the treatment of their workers. On the other hand, he said, there’s a lot of people for whom these jobs make sense.

“One could say that startups are asked to take on [this role], on behalf of others,” he said, pointing out that development is the most high-risk aspect of business. “Essentially, they might be seen as offshoring those risks from corporate and states onto the shoulders of willing people.”

Imam said the risk once associated with startups was at an all-time low.

“We just saw in the news last week, startups are getting 1.7 billion dollar acquisitions, that started with a credit card,” she said. “So worst case scenario, if the business doesn’t fly, get another job and pay off the credit card.”

Of course, this may not be a viable option for those without the capital behind them to take such large financial risks.

The panelists agreed on a need for more diversity in the sector overall, which has become more accessible for some women, but is still predominantly the domain of men from higher socioeconomic backgrounds. In addition, Eriksson pointed out, the average successful startup founder is 45 years old.

“Maybe that’s because we’ve seen stuff and the risk is a little bit less – you’ve got a network, you’ve got some business acumen. 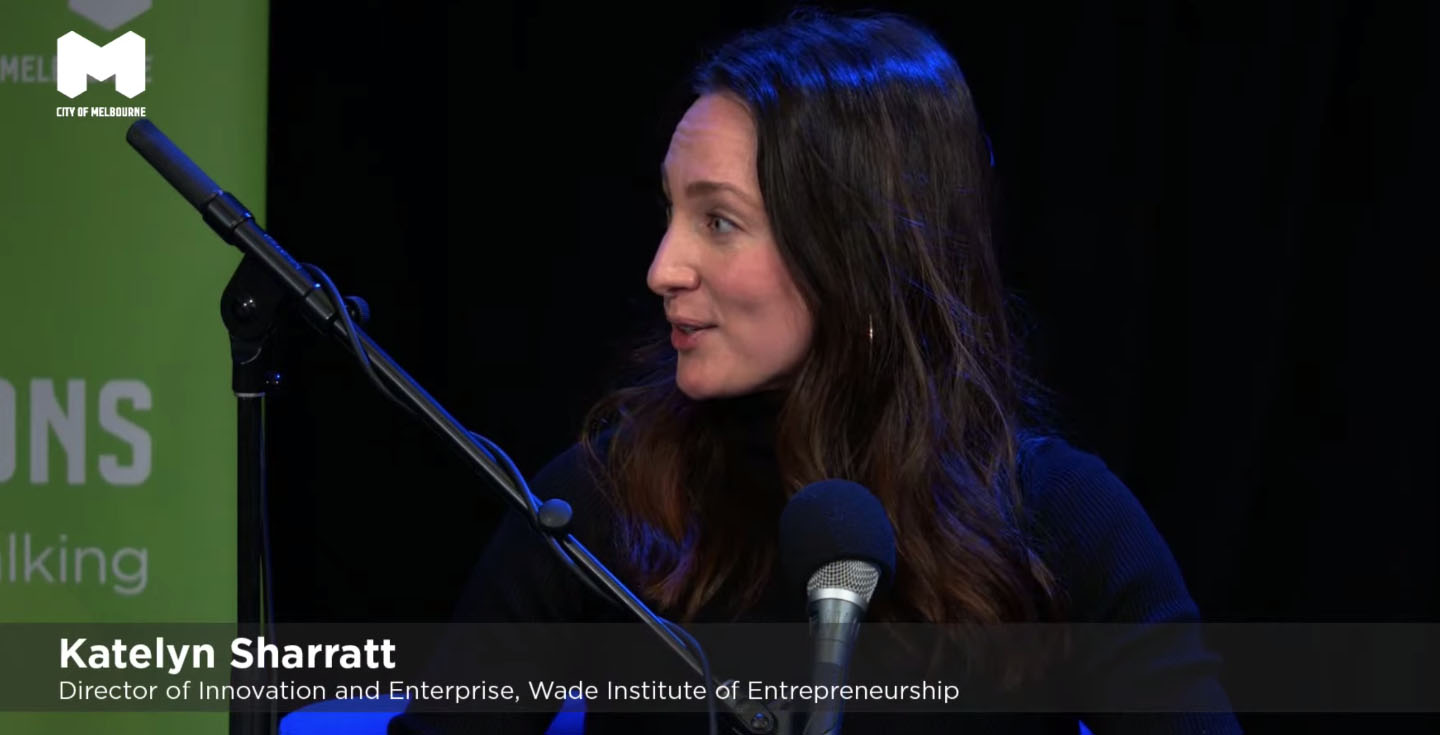 Discussing the need for more diversity in the startups scene, Katelyn Sharratt said that pressure on founders to tailor their startup to investors and deliver was a factor that had historically limited diversity.

Katelyn Sharratt, an educator at the Wade Institute of Entrepreneurship, based at Melbourne’s Ormond College, said pressure on founders to tailor their startup to investors and deliver limits diversity.

Mattioli has already seen this first-hand when conducting research interviews. “Founders would tell me, ‘Yes, I’ve had these amazing conversations at night with my investors and then the next day after, I felt like I couldn’t get out of bed,’” he said.

Eriksson agreed, but added the responsibility for diversity had to be shared by startups and investors. In her health tech startup, she has defended hiring employees who, due to their lived experience of illness, are unable to work consistently, but conversely bring unique and essential perspectives to their work.

“I think you’ve just got to rethink everything for the situation and not just go into efficiency mode,” she said.

Sharratt suggested newcomers test the waters by attending talks and pitch nights looking to Startup Vic for resources and events. She said those with prior experience in business or other industries could even consider mentoring startup founders, before diving too far in the deep end. The Media Files podcast: Threats and opportunities for journalism in dangerous times