The grungy, inner Melbourne suburb of Richmond is known for its abundance of authentic Vietnamese food and burgeoning live music scene. 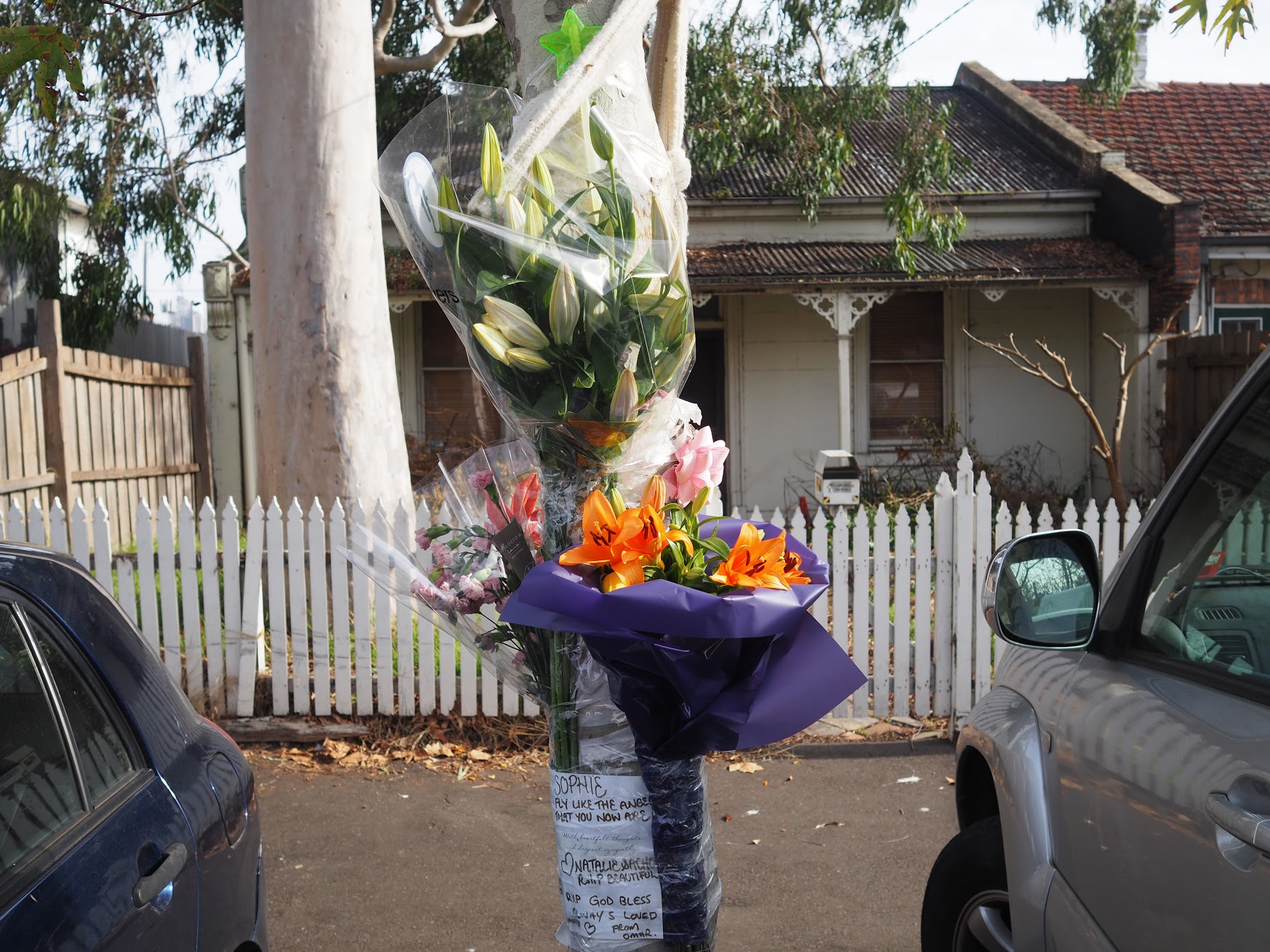 “It’s such a bustling area with diversity of food and people,” says local resident Kylie Troy-West.

But during daylight hours, this bustling precinct paints a starkly different picture.

“I genuinely feel safer at 2am walking down Victoria Street by myself than I do in the middle of the day,” says Ms Troy-West, a 32-year-old mother of one who moved into neighbouring Abbottsford with husband, Derek, in 2014. 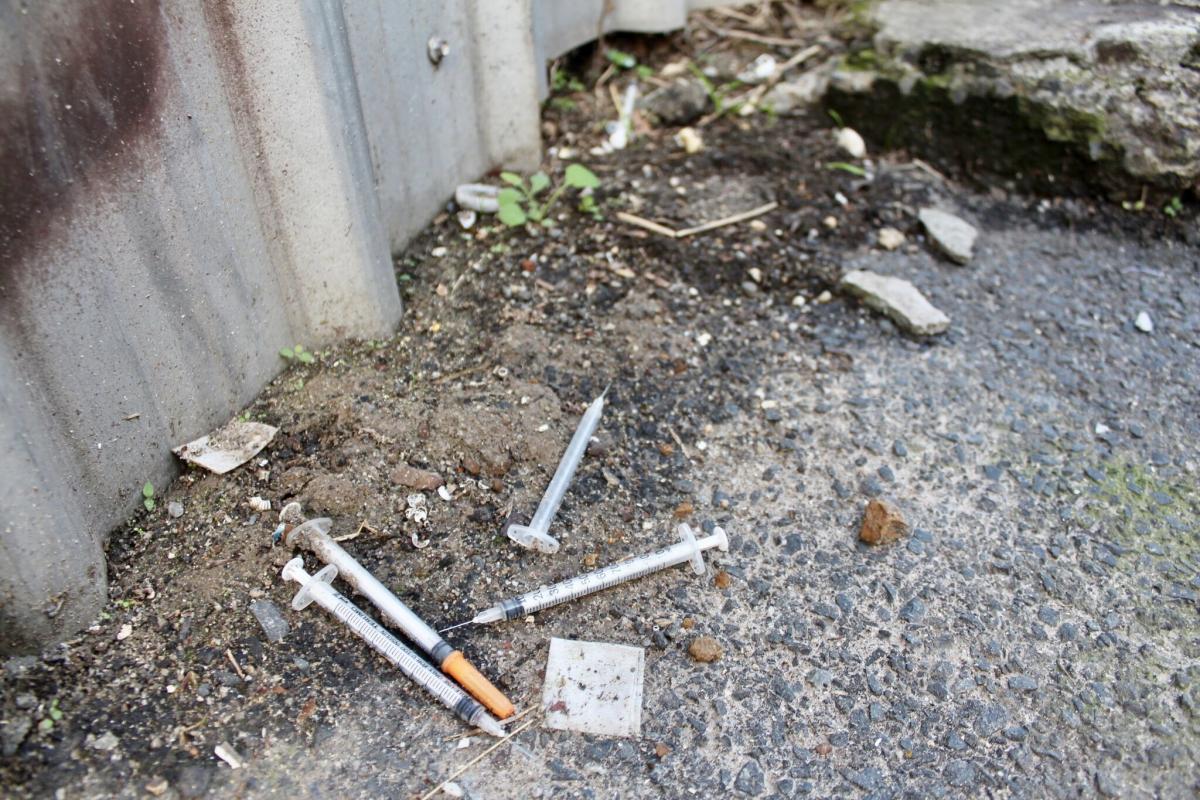 Ms Troy-West says she is “well aware” of the trade-offs that come with living in the inner city.

“I’ve lived in Waterloo [UK], the home of the Big Issue,” she says. “Homelessness and drug addiction is definitely something I’m familiar with.”

But she says nothing could have prepared her for what her neighbourhood has become in recent months.

“What I saw in the first two-and-a-half years is what I see every week now,” she continues. “That’s the level [to which] it has escalated. I can’t even get my head around it.”

The precinct, which is within walking distance of some of Melbourne’s biggest public drawcards, including the MCG and expansive parkland, has become a ‘hot spot’ for heroin use and associated crime, attracting drug users and dealers from across the city.

Over the past seven years, the City of Yarra has consistently ranked as the municipality with Victoria’s highest frequency of heroin overdose deaths. Last year, 34 people died from an overdose in Richmond out of 172 deaths statewide. Seven-in-10 of these deaths occurred in a public place.

The conversation about Richmond’s drug problem – and its potential remedies – is not a new one. Debate has ebbed and flowed since the height of the heroin glut in the mid-90s.

By the end of the decade, establishing injecting room trials across multiple suburbs was a signature policy of the just-elected Bracks Labor Government.

“The very first thing they did was a U-turn on that policy,” says Yarra Councillor Steven Jolly. “Eighteen years later, we’re still in the same boat.”.

Health policy advocates made another concerted push for a safe injecting room in 2011, but this was met with a backlash from the local traders’ association and was ultimately quashed by the Baillieu Liberal Government on fears that establishing such a facility would “normalise” drug use. 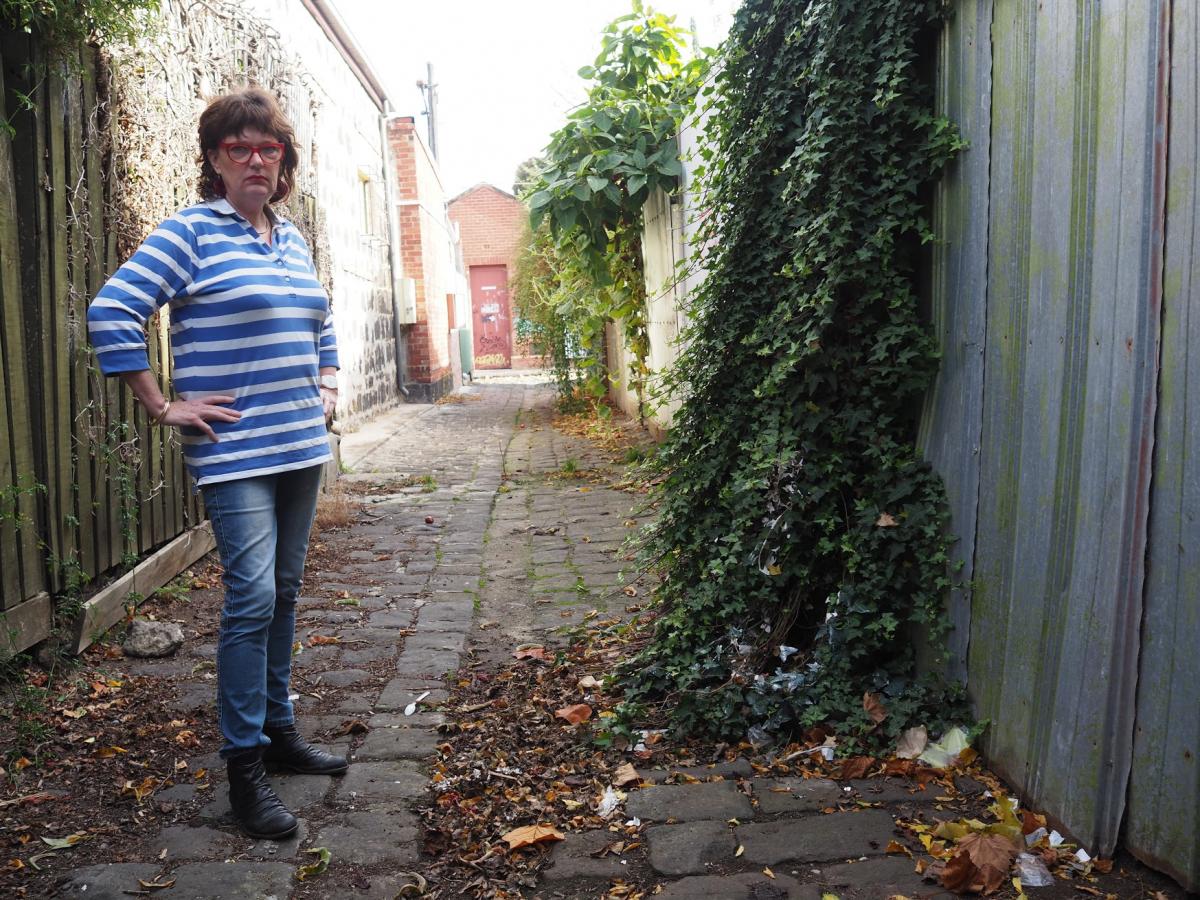 Six years on, a new community campaign that has galvanized support among local residents, health workers and even the traders hopes to bring the issue again to the fore.

“The thing is that there are people dying next to our homes,” says Mrs Ryan. “These are not no-ones. These are people’s kids, friends, neighbours — it is so not acceptable.”

While a number of local health centres across Melbourne provide services to encourage safer drug taking, including at North Richmond Community Health, many of the 70,000 or so sterilised needles handed out each month end up discarded on neighbourhood streets.

One disposal worker tells The Citizen that a private company contracted by the City of Yarra collects up to 200 used needles a day.

“It’s very easy to fill up a yellow bucket in a couple of hours,” he says. “There are new spots that are popping up all the time. It’s a real ongoing problem.”

Adds Ms Troy-West: “All of my neighbours have the syringe hotline saved to our phones. I call it at least two or three times a week.”

“We’re getting it half right,” says Mrs Ryan, for whom the issue of addiction and overdose is personal: she has lost two family members to heroin, including her nephew, in 2003, who was found dead by a staff member in the toilets of the Richmond McDonald’s.

“There are so many repercussions to this story. Imagine that kid, going home to his parents and telling them he found someone dead in the toilets today,” she says.

“Usually, if people don’t support the injecting centre, it’s because they’ve got the wrong information. They’re told that if we set up a [centre] there will be a honeypot effect. On the evidence in Sydney, Europe, Canada . . . there’s been no honeypot effect.” — campaigner and Richmond resident Judy Ryan

Award-winning researcher and academic Dr Monica Barratt insists deaths like these are preventable.

Dr Barratt, who has spent the past three years focusing on harm reduction policies, describes the establishment of a supervised injecting centre in North Richmond as a “no brainer.”

“The evidence is overwhelming,” she says. “Safe injecting centres are safe. If we look at Sydney, there has not been one death [from overdose] in the Kings Cross injecting centre.”

Danny Hill, of Ambulance Employees Australia, which represents a union of emergency service workers, agrees. He says that medically speaking, there is “no reason” anyone should die from heroin.

“The effects of the drug are completely reversible if they’re treated in time. If someone does die from a heroin overdose it’s because we haven’t been able to get to them quickly enough.”

For Mr Hill, preventing heroin-related deaths is just one reason he supports the establishment of a supervised injecting room.

“The safety aspect for our paramedics who attend heroin overdoses is a massive concern; it’s not uncommon that paramedics get assaulted,” he says.

“They [paramedics] get to them once they’ve been out of oxygen for a couple of hours so when the crews wake them up with the drug Narcan they can actually come out swinging. It can be pretty violent.

“We’ve had many paramedics with needle stick injuries where they get stabbed with a used needle. Then they have to go through a number of treatments to fight off infections like Hep C. It’s traumatic for the paramedics, and risky.” 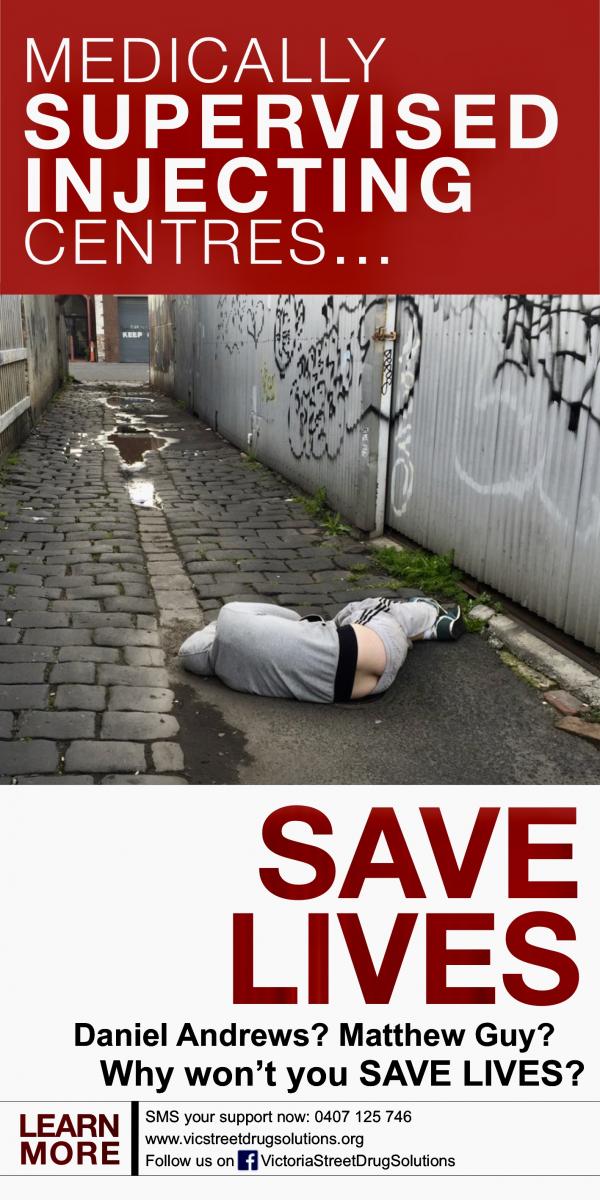 The intensifying local support for an injecting centre adds to a national discussion triggered by the tabling in parliament by Sex Party MP Fiona Patten of a proposal for an 18-month trial, after Victorian Coroner Jacqui Hawkins’ recommendation for an injecting room in North Richmond in the wake of the overdose death of a 24-year-old woman.

The Bill has widespread support, including from the Australian Federal Police, the Australian Medical Association, the National Drug and Alcohol Research Centre, the Public Health Association and Yarra Council, among others.

“Visit a facility, talk to a real addict; to obtain some real facts before dismissing the proposal,” former AFP Commissioner Mick Palmer has said in a statement.

“The reality is the facts speak for themselves and the huge success of Sydney’s [injecting centre] cannot be ignored, with major benefits and minimal negatives identified in a dozen independent evaluations and reviews.”

However, a decision on establishing an injecting centre rests ultimately with the State Government and Premier Daniel Andrews has consistently rejected the idea since it became a key policy promise of the 2014 election.

“You can have all these reports, statistics and recommendations but, in the end, the only thing that moves politicians is votes and the only way they will get the votes is through the voice of the local people,” says Mrs Ryan.

“Usually, if people don’t support the injecting centre, it’s because they’ve got the wrong information,” says Mrs Ryan. “They’re told that if we set up a [centre] there will be a honeypot effect. On the evidence in Sydney, Europe, Canada . . . there’s been no honeypot effect.

“If nothing, [think of] the cost. Having a centre would save us so much money in paramedics, police paper work, pharmacists: it’s economics 101.”

Mr Hill, who has worked in the emergency services industry for more than a decade and as a paramedic for seven of those years, says: “Economically, it’s a no brainer.

“If someone is lying on the ground choking on their own vomit for three or four hours, it can be hard to bring them out of that without brain damage.

“If you think of the cost in keeping someone in an intensive care unit for a couple of weeks while they’re in a coma, 24-hour care from senior nurses – economically, the cost is very high there. 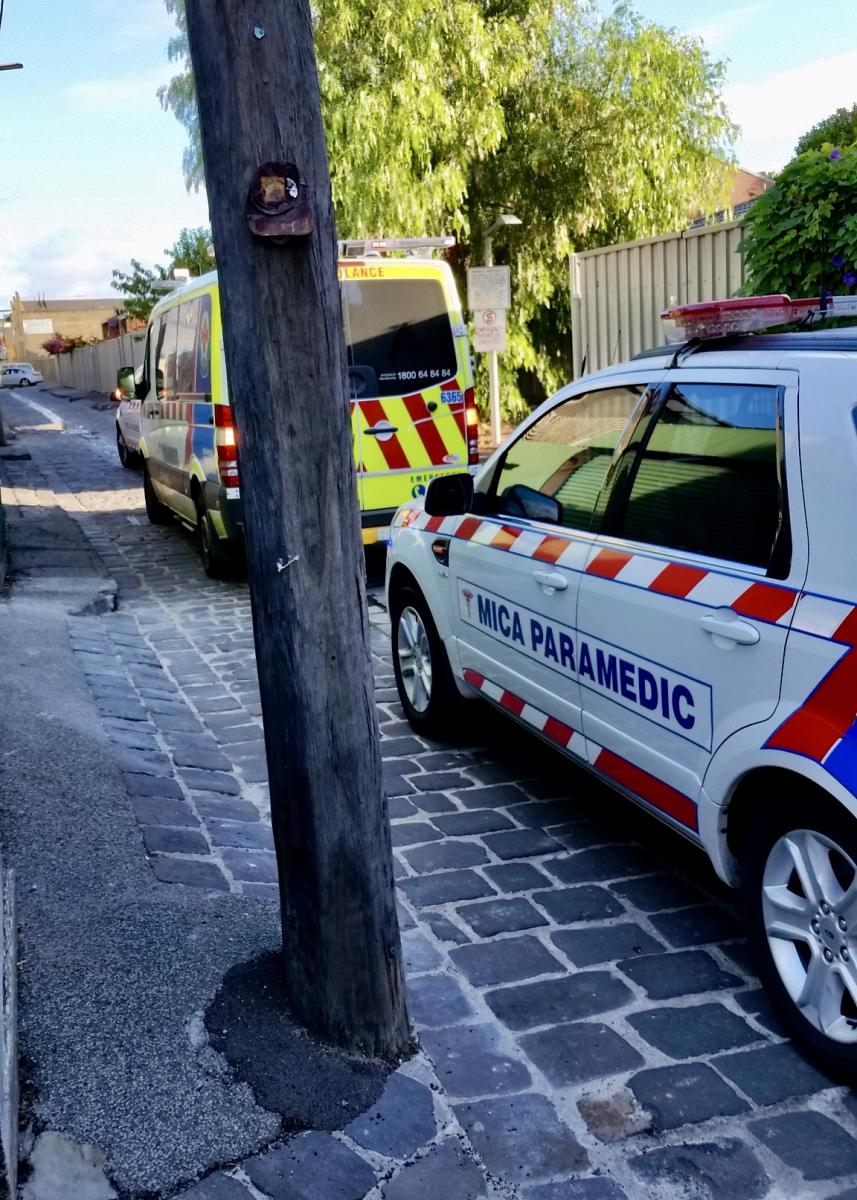 “Compared to if they were given the Narcan [opiate antidote] in a safe injecting room, they could walk away and go home that same day.”

The campaign also plans to raise awareness by placing billboards in strategic locations across the precinct. The funding has been secured, yet the designs have received criticism for being “too confronting.”

“This is the great irony of this whole problem. Everyone knows it’s an issue but they don’t want to be confronted with it, to talk about it,” says Mrs Ryan.

“They’ve suggested we modify the message. We think the message is benign.”

With Richmond’s drug issue unresolved, homeowners like Ms Troy-West are beginning to rethink their future in the area.

“This is my home, this is where we had our first child,” she says. “I really don’t want to have to move but it’s something we have to think about, for my son.”

“We’re feeling frustrated and sometimes abandoned, but we will keep fighting,” she says.