Not one member of the team behind Moldova’s entry in this year’s Eurovision song contest is actually from Moldova. And its entry, titled “I want your love”, was co-written by foreigners, including an Australian.

Ukrainian singer Eduard Romanyuta will represent the east European nation at the 60th Eurovision Song Contest, which takes place in Vienna on May 23, with credit for the song he will perform going to Australian musician Hayley Aitken, her Swedish writing partner Erik Lewander and English singer Tom Andrews.

Moldova is a former member of the Soviet Union, located between Romania and Ukraine, and is about a third of the size of Tasmania.

“It feels like we have given up our chance for a young Moldovan artist to shine and gather new international experiences.” —former Moldovan Eurovision commentator Lidia Scarlat

“The song was originally written for Tom, but it was decided not to take it any further,” explained Lewander. “The song was then sent to Eduard’s team. Then we got a call saying it was in the running to represent Moldova.”

Romanyuta will open the first semi-final of the competition on May 19.

Aitken, who has written songs for a former winner of the television show “X Factor”, Dami Im and South Korean supergroup “Girls’ Generation”, said she did not know Romanyuta wasn’t from Moldova and his taking part was “really weird”.

“But it has always been my dream to write music for different countries and cultures, so this is really cool,” she added.

Eurovision has no official rules regarding a singer’s nationality. Instead, it is up to each nation to decide their own criteria.

In 1996, Brisbane-born Gina G represented the UK with her hit song “Ooh.. Aah… Just A Little Bit”, while most famously, Canadian superstar Celine Dion won the contest for Switzerland in 1988. But both of the songs performed were actually written by citizens of the countries they represented.

The former Moldovan Eurovision commentator Lidia Scarlat said she was disappointed that her nation was being represented by a foreign singer.

“But it’s always been my dream to write music for different countries and cultures, so this is really cool.” — Australian songwriter Hayley Aitken

“It feels like we have given up our chance for a young Moldovan artist to shine and gather new international experiences,” she said. “We are only a small nation, with almost no musical industry [and] where everyone is either a wedding singer or making no money. So Eurovision is a chance for our singers to perform on a big stage.”

Ms Scarlat said taking part in Eurovision was important for her country.

“For Moldovans, Eurovision makes us feel like a valid part of Europe,” she said. “When we came sixth in the 2005 Eurovision Song Contest we not only were proud of our band, ‘Zdob si Zdub’, but we Moldovans were also proud of ourselves standing up there in front of Europe.”

Performer Romanyuta was unavailable for comment, but a press release published on his website indicated that he hoped that his Eurovision performance would be seen, in part, as also representing Ukraine. This followed the news that, due to the conflict with Russia, Ukraine would not participate in Vienna.

Lewander said: “I suppose he just really wanted to go to Eurovision so he found another way . . . but I haven’t really had time to reflect on what this means for Moldova.”

For Ms Scarlat, it has presented an opportunity to agitate for a rule change. “What isn’t forbidden will always be permitted,” she said.

This year’s Eurovision contest also marks an important milestone for Australians as, for the first time, the nation has been invited to be a “special guest participant”, with singer Guy Sebastian performing Australia’s entry and Australian viewers being given the opportunity to vote. 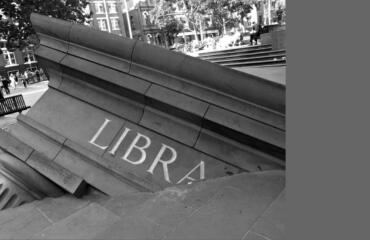