A new documentary featuring David Stratton is just one of the veteran film critic’s many current projects, he explains to Anders Furze. 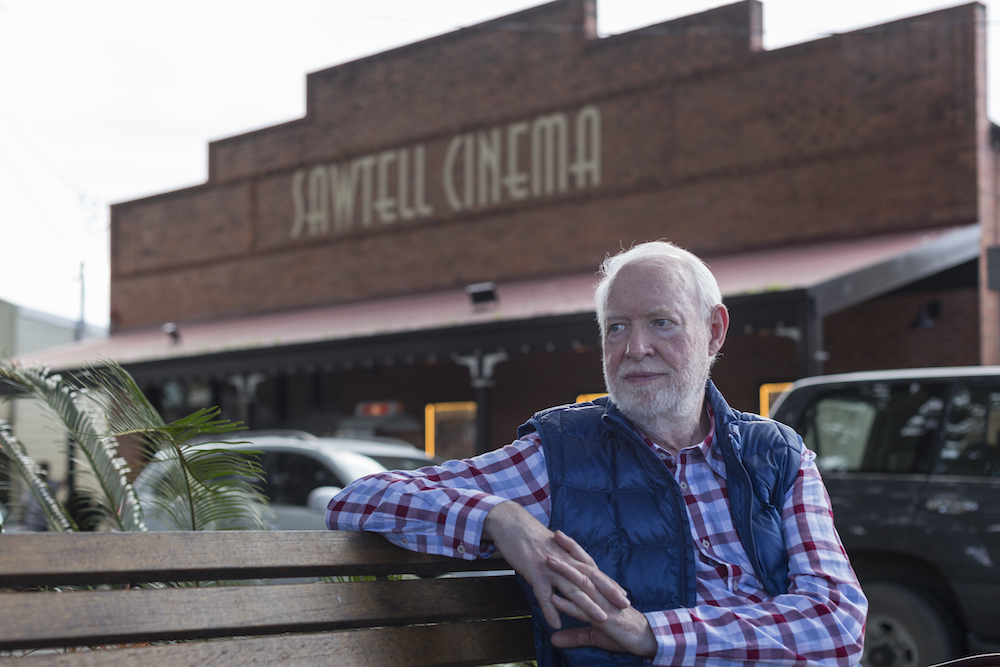 For 28 years Australians divided themselves into Margarets or Davids. Margaret Pomeranz and David Stratton were an institution not just of movie reviewing, but public broadcasting.

Some viewers were drawn to Pomeranz’s expressive and open-minded attitude to cinema, others preferred Stratton’s more reserved approach. On balance, she was more forgiving; he knew what he liked. Their frequent clashes were TV gold: most memorably, Pomeranz rated 1992s’s Romper Stomper five stars while the film so offended Stratton he refused to rate it anything. The film’s director, Geoffrey Wright, would later throw a glass of wine in Stratton’s face. 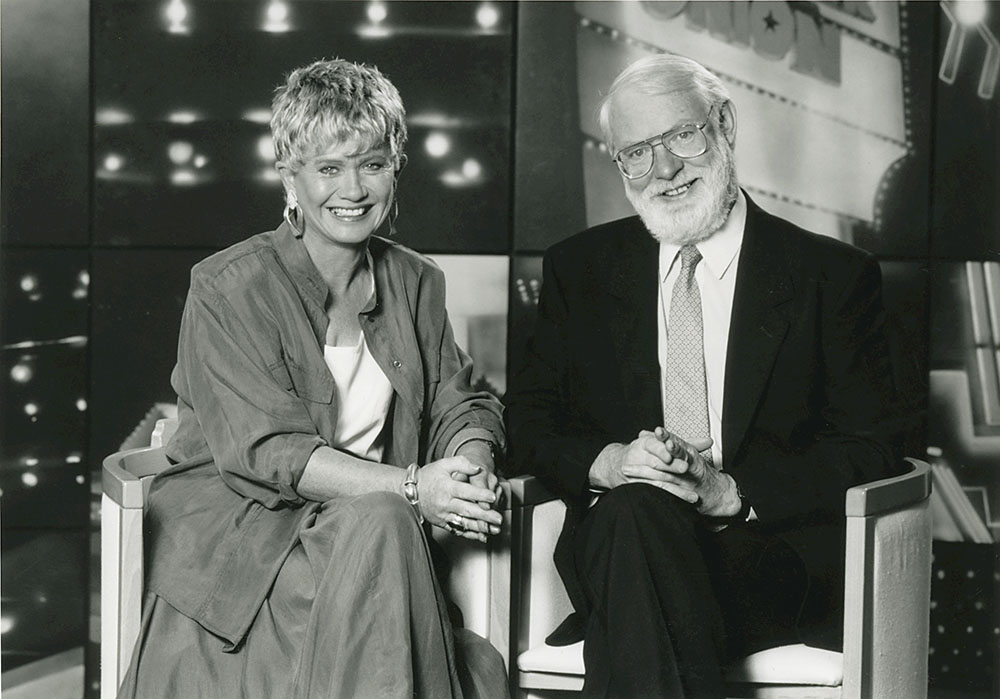 Since retiring from the ABC in 2014, both critics have stayed busy. Pomeranz released a cookbook co-written with her daughter-in-law (Let’s Eat), Stratton is teaching the penultimate year of a decade-long history of cinema course at Sydney University, and the duo host a 16- day ‘Film Festival At Sea’ aboard a cruise ship called the Celebrity Silhouette.

Stratton is the subject of the curious new hybrid film David Stratton: A Cinematic Life. Or rather, he is one of the subjects. Reflecting the fact that much of the material is being used for a forthcoming ABC TV series, the film is both an examination of Stratton’s life, and of Australian cinema. 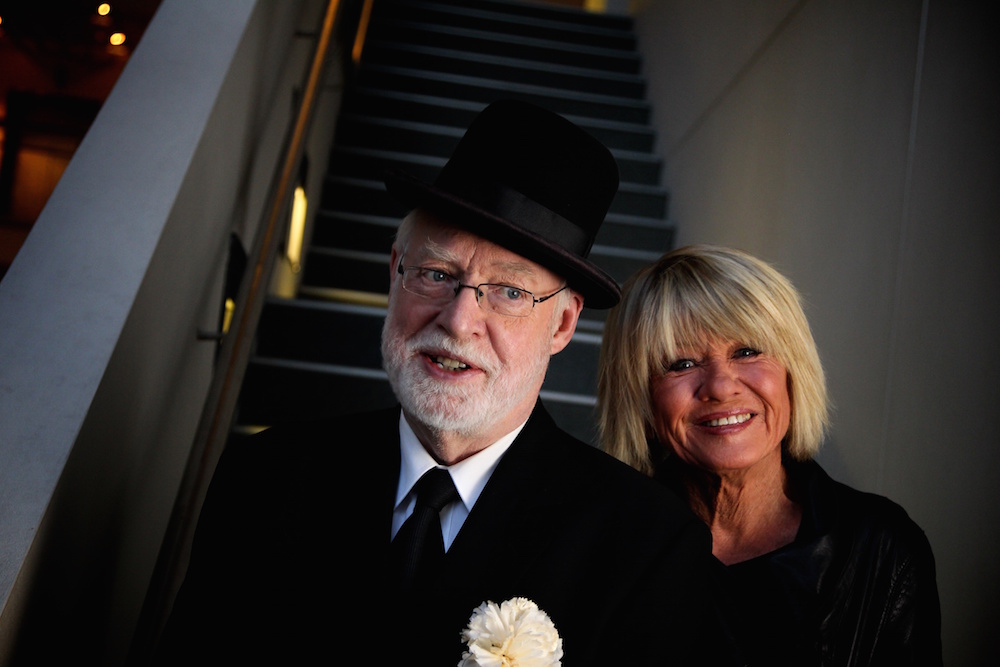 It’s a bit of an odd approach for a film, but then Stratton has devoted his entire life to cinema, so it also kind of works. Just don’t be surprised if you walk out of the film thinking it is more of an advertisement for the Australian film industry than a comprehensive exploration of Stratton’s life and times.

I meet Stratton in a restaurant attached to a no-frills motel in Melbourne’s Chinatown. Unmediated by Margaret or a camera, in person he is the man he was on TV, only more so.

At one point he says, “I’m just going to move your voice recorder closer to me if that’s alright?”, then moves it without waiting for me to respond. He unhesitatingly takes control, but he’s very polite about it.

Towards the end of our interview, a salad arrives for him. “Do you mind if I nibble at this,” he asks me. Not wanting to interject myself between David Stratton and food, I tell him to go ahead. Clearly hungry, he becomes progressively more taken with the salad than our interview.

Hmm, maybe I am more of a Margaret person after all.

Did you feel liberated by the ending of At The Movies?

Yes, I did, in a way. Because doing it for so long it was . . . you could say, ‘it’s not too hard to just watch a few movies and talk about them’ but, to be honest, you had to see all these pretty ordinary films, and they were getting ordinarier and ordinarier.

Towards the end of the show, the last two or three years, come January, I was thinking ‘I don’t know how I’m going to do another year of this, if I see another Nicholas Sparks romance – I don’t know if I can do that.’

You’re still very active: reviewing, curating, appearing on cruise ships with Margaret, and of course there’s this film and TV series. How do you view your career since At the Movies finished?

I write every week for The Australian, that’s the first thing. I also lecture in film history at Sydney University, which is probably what I enjoy doing most.

Anything else I do because it sounds fun. Like hosting movies on a cruise ship: it can’t be bad. I’m going to try and do less, because I really would like to not have to do quite so much. I do an awful lot. This has been very exhausting, making this film.

You’ve been working concurrently on this film and a related upcoming TV series. How did the project come about?

When Margaret and I decided to bring an end to At The Movies after 28 years, our producer came to me and said he’d like to work with me on, not a history of Australian cinema, but my thoughts on some important Australian films. 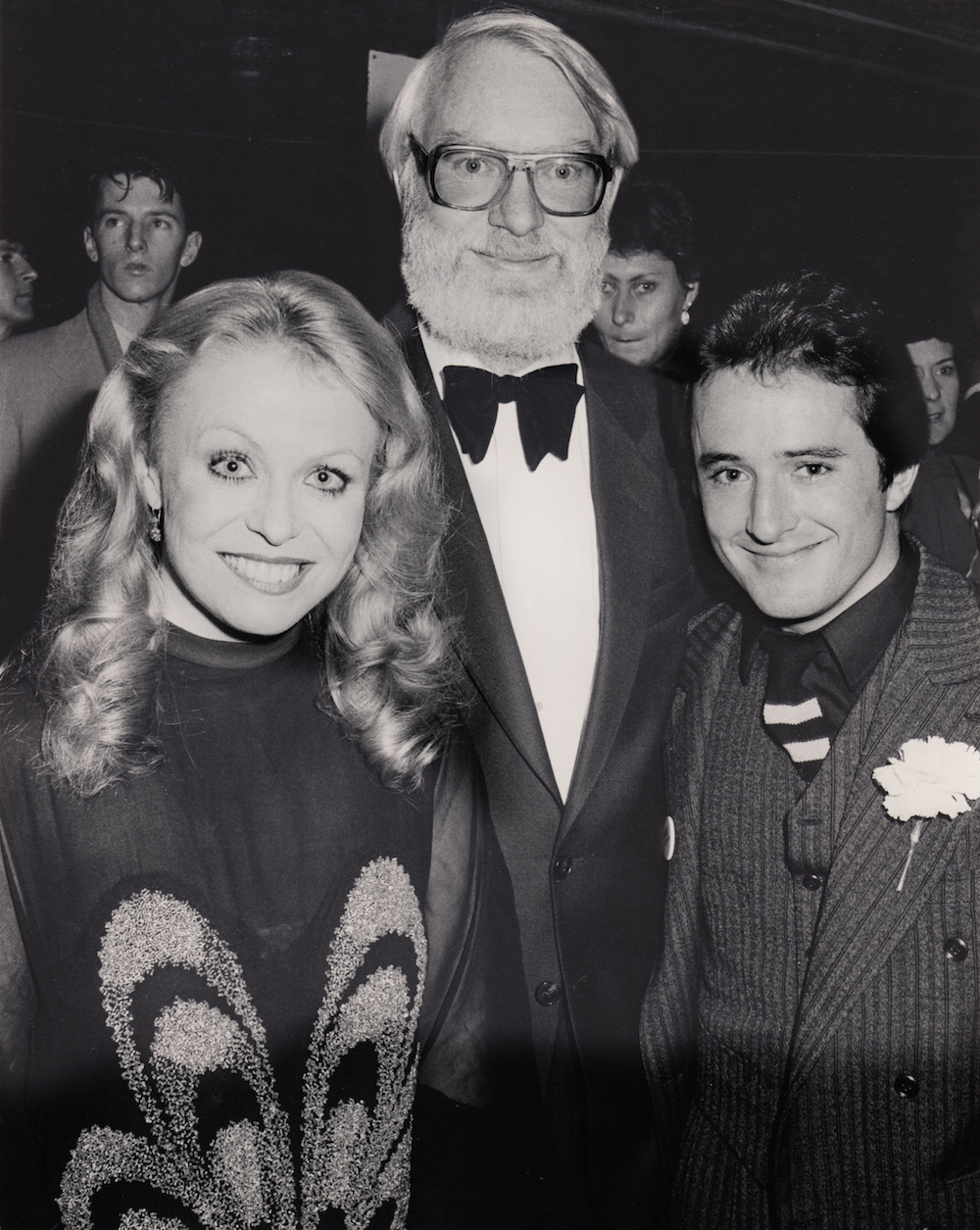 I thought that sounded like an interesting idea and he pitched it to the ABC and they liked the idea and then various things happened and he couldn’t do it, which was a bit disappointing. But the ABC was keen to keep going with it and they put it out to an outside production company and they signed a director, Sally Aitken.

I didn’t know Sally, she’s a New Zealander, and we worked on the thing together still assuming it would be a three-part television series for the ABC, which it still is . . . but, in the meantime, this cinema version came out of it, which is really quite different.

Well, the cinema version has much more of my story, whereas the TV version, which is called David Stratton’s Stories of Australian Cinema, is more about the films. Having said that, they’re starting to blur in my mind.

Sally realised that there were elements of my life that were reflected in some of the films I liked a lot, and these were things I was completely unaware of. I didn’t know where she was going with this at all . . . It was only when I saw the finished film that I realised she’d done a very skilful job in making these connections and I was actually quite moved by it.

The film is not a straight documentary about you, but neither is it just you presenting information about something else. It has an odd sort of double subject: there’s David Stratton, and then there’s Australian cinema, and here’s where they overlap.

It’s an almost unique way of telling this sort of story . . . looking at Australian films in a very personal sort of way and also having practitioners of Australian films talking, not about their films, but about other people’s films. When Gillian Armstrong talks about a scene from Picnic At Hanging Rock or Jocelyn Moorhouse talks about how much My Brilliant Career affected her, and how she thought ‘well I can go and do that’ – I hadn’t seen that before in a film. I liked very much what Sally did.

How comfortable were you as the subject of the film?

Well, not particularly. But once I’d said I’d do it, I was really committed to it. There were times where I wondered quite where it was going, but I’m very pleased that it’s actually turned out so well. 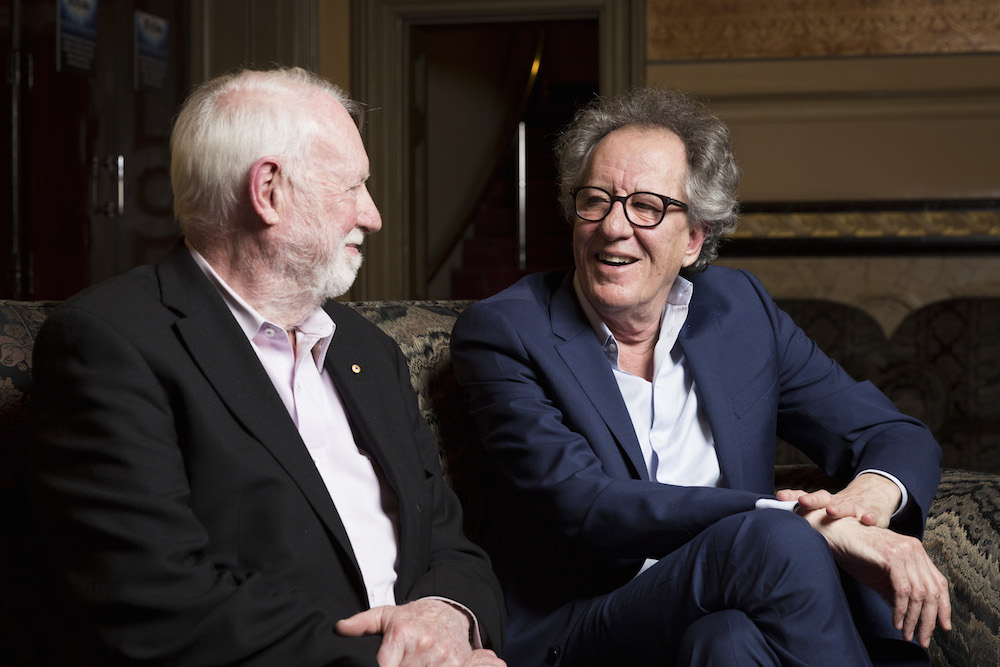 Did you realise anything new about yourself through making this?

Well, it clarified things in a way that I’d probably brushed under the carpet. I think it helped me come to terms with some of the things that had been troubling me for many years. It was interesting to see my brother’s reaction to it; he’s in England, so I haven’t actually seen him, but he’s seen the film over the last week or so and he was very moved by it, too. And he’s the one who never wants to see another movie in his life. Not only was he moved by this but he went out and saw Lion!

What kind of things did you sweep under the carpet?

Well this whole story about me and my father, and how difficult that all was.

The film doesn’t go into this side of it but after I’d made the decision to stay in Australia, because I got offered a job I couldn’t refuse [running the Sydney Film Festival] my Father was taken ill and had to retire. My brother was too young to take over the business so [it] had to be sold.

I felt very guilty about that, you know – that it was my fault that this tradition came to an end.

Mind you, it would have come to an end anyway with new developments in supermarkets. There was no way that it could have survived more than a couple of years. 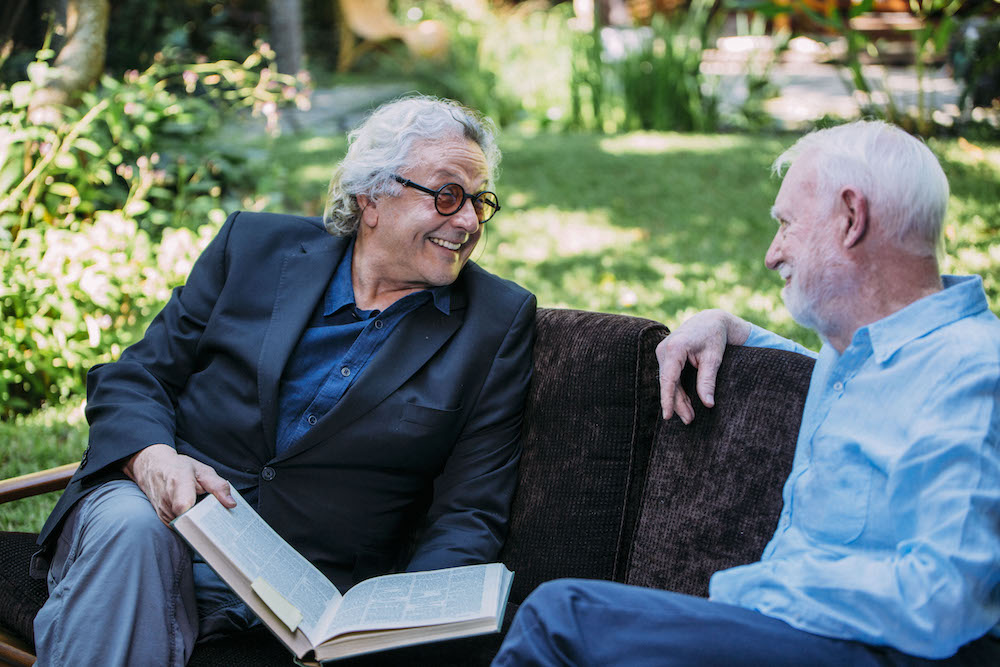 But still, you feel that guilt inside of you.

You’ve been part of Australian film culture for five decades. Do you feel positive about its future?

I feel pretty positive. I think that, on the one hand, making movies is easier today than it ever was. You can do it on an iPhone if you want to, as we’ve seen. The challenge is to get people to see them – that is the perennial challenge.

I sometimes wonder why filmmakers today, if not nationally, at least in a city like Melbourne, can’t get together and form a co-op. It used to happen in the seventies, where young filmmakers in those days like Phillip Noyce would get together and show their films to the public. I think that’d be quite an exciting thing to do.

Distributors talk of the ‘Margaret and David’ effect – you would review films that the general public would otherwise not hear about, and then they’d go and see them. Do you think anybody else plays the same role now?

I think it’s a shame that there’s no other program. I thought the ABC might fill the gap with maybe a couple of younger reviewers and I think maybe they thought it was a ‘hard act to follow’ — they’re very cautious in terms of these sorts of things.

I’m told by distributors, by exhibitors and by members of the public that there’s a gap, so I guess there is. I think it is missing, although I can’t feel guilty about that. We had to finish sometime. 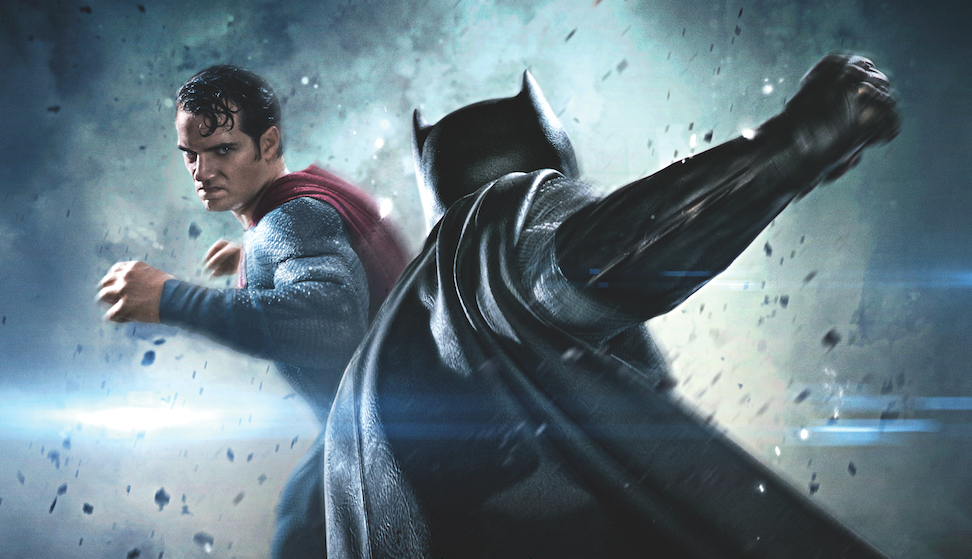 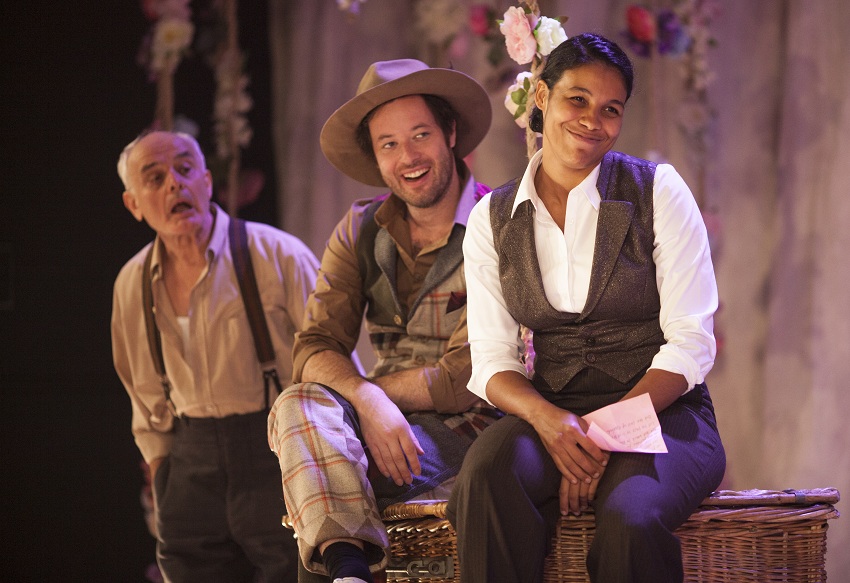