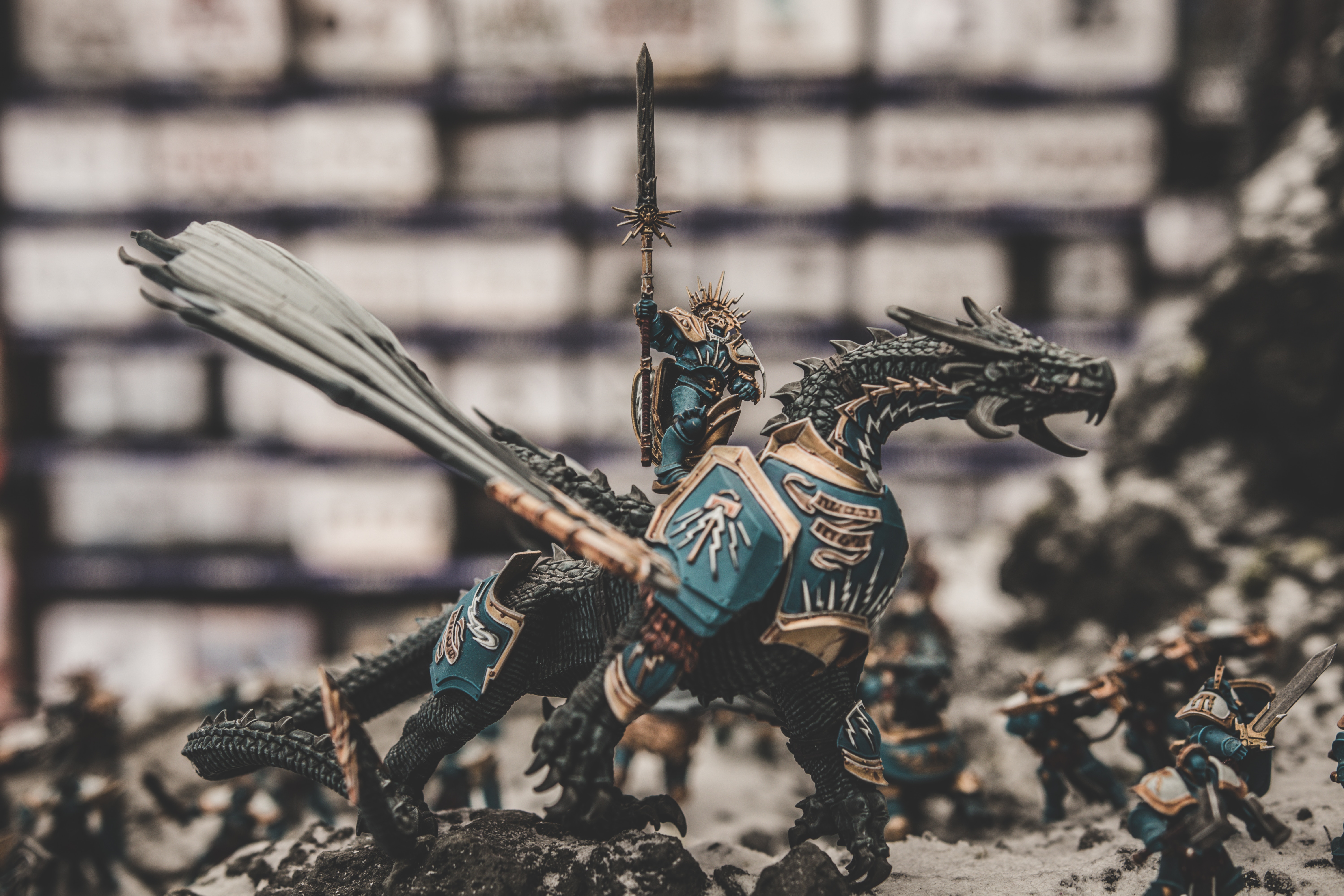 A month ago things couldn’t have looked better for Nottingham-based games company Games Workshop. Shares were up 660 per cent over the past two years, from a low of £550 share to a high of £4015 in September.

But what goes up must come down. The Financial Times Stock Exchange’s best performer for the year, Games Workshop, is bearing the brunt of the bare market of recent weeks.

Across 30 days in October, prices fell 23.9 per cent, or almost £1000. The question, then, is whether the price gains of the last two years were the result of the market gone wild, or a reflection of expanding revenue and consumer base.

Known for its successful Warhammer franchises, the company that was founded in a British bedroom in 1975 has grown to superhuman heights.

Games Workshop produces various tabletop games set in fictional universes across a variety of settings, whether it be the grim dark future of the 41st Millenium, or a fantasy football league. The central facet of many of these games is the use of dice, and miniatures that sell like the good stuff.

The successful relaunch of the two main product lines for Games Workshop has brought thousands of enthusiasts out of retirement as well as finding new fans. And with the buy-in cost ranging from $150 and up, it’s no surprise the company is doing well.

Games Workshop revenue is up, from £158m to £220m, while operating profit has nearly doubled to £75m from £38m the year before.

Games Workshop’s total market capitalisation now sits near £1bn. It’s a long way from a mail-order games company run out of a bedroom at number 15 Bolingbroke Road, London, 43 years ago.

Charles Hall, Head of Research at Peel Hunt and Games Workshop’s broker told The Citizen that Games Workshops’ stellar results were the result of “a number of successful product launches” and through making “the hobby more accessible for new hobbyists”.

He also noted a successful social media and video strategy that included the launch of their own online TV-station.

This is not Games Workshop’s first time in the spotlight. It first came to prominence with a line of games based on the success of  The Lord of the Rings movie series.

But as the glow of the movies receded, the company that had expanded fast was left with leases and shops that weren’t performing. The company closed a lot of stores in the lean years and only recently reversed the trend.

Andrew Rodman, 25, is back in the game after almost a decade. Brush in hand, he’s applying highlights to the grey-green armour of a superhuman hero of the Sons of Horus legion. He said it was because of a chance rediscovery of his Warhammer miniatures coinciding with the relaunch of the game.

“Around that time the new edition of the sci-fi game had come out and there was a swell of people coming back into the hobby,” he said.

“I was interested, but only pulled the trigger when I discovered a friend of mine and his friends decided to start up again.”

The painting comes easily to him, but he said painting is only half the battle, and the fun.

Not every game has been a hit, with boxed sets such as Dreadfleet falling flat. But stand out successes Bloodbowl, Space Hulk, and Necromunda brought new players in, while also offering something for the lifers.

The United Kingdom, with 147 stores, has long been both the spiritual, economic, and political home for the business but 76 per cent of sales now come from outside the UK.

Asia represents a tiny slice of GW’s presence, with only 12 stores, but increasingly it is the market where the games company is expanding. The recent release of the Space Marine heroes collection in Japan proved to be such a success the company is expanding it worldwide.

So in a sign of the times the company celebrated the opening of its 500th store, but not in Europe or America, rather in Hong Kong’s Mong Kok district.

But Games Workshop products aren’t cheap, and its high prices appear to be encouraging customers, particularly those outside the UK, to look for cheaper options.

Games Workshop’s miniature producing business is made up of two arms: Citadel Miniatures, which represents the lion’s share of its production and which grew sales 52 per cent, and Forgeworld, which grew sales by only 4 per cent. 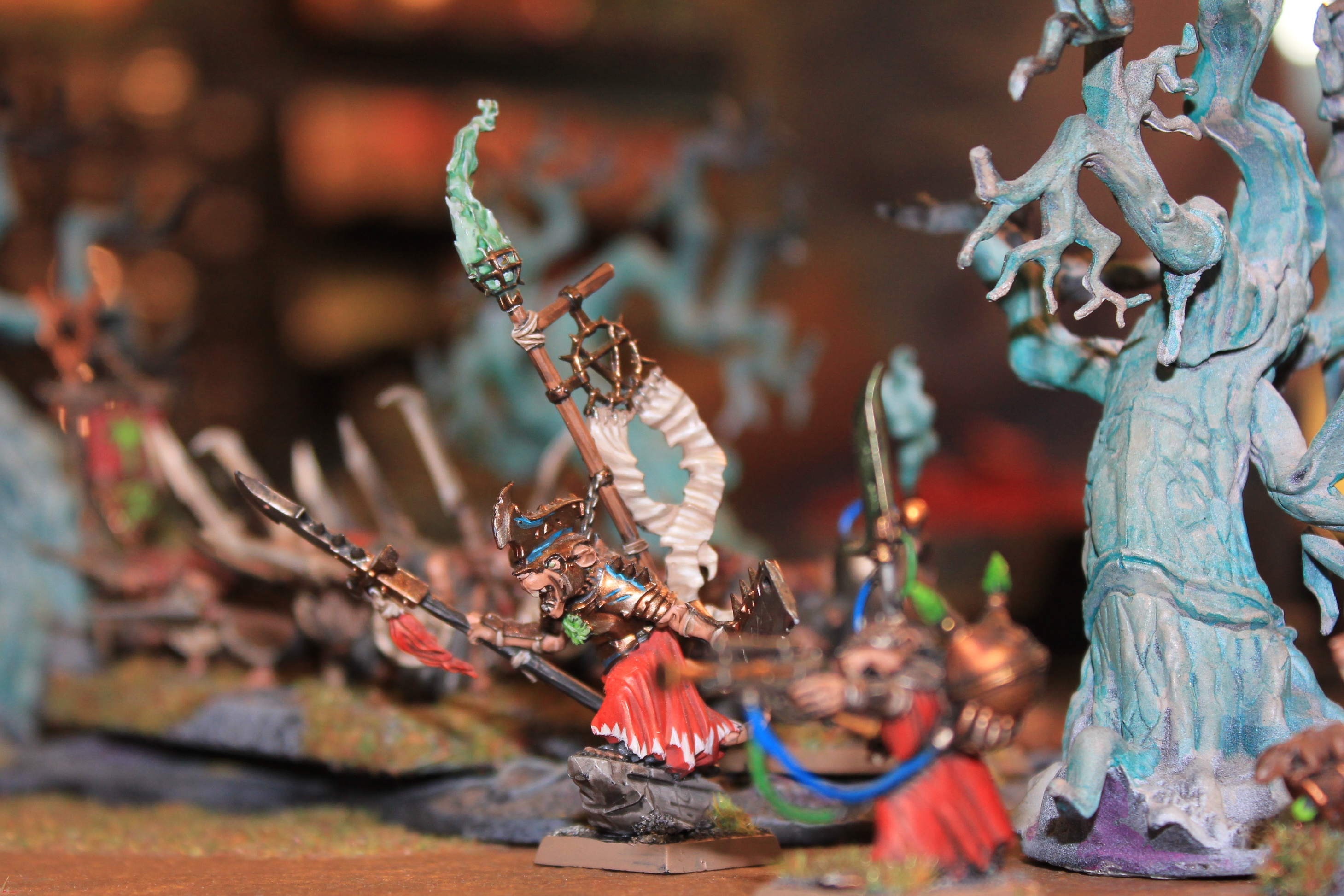 In September, GW raised prices across its Forgeworld arm, bumping up prices for international buyers as much as 60 per cent.

Forgeworld is the line of the company most exposed to miniature counterfeiting as its products are easier to copy and the fakes harder to spot.

But Asia, and in particular China, is already proving a very sore point for the company, as several operators there are making millions producing pirate miniatures.

Getting the fakes isn’t easy, but it’s not hard either. Some operators can only be reached via closely guarded email addresses, while others openly advertise themselves on Reddit groups such as Yoyhammer.

Andrew Rodman buys fakes. He says it doesn’t matter to him where they’re made, as cost is a key consideration.

“That effort is less equated to money and more equated to time and I’m happy to spend time but money is a different part,” Mr Rodman said.

These operators, or ‘recasters’ range from high volume, operating out of Shanghai or Russia, to the low volume artisanal out of Subotica in Serbia. 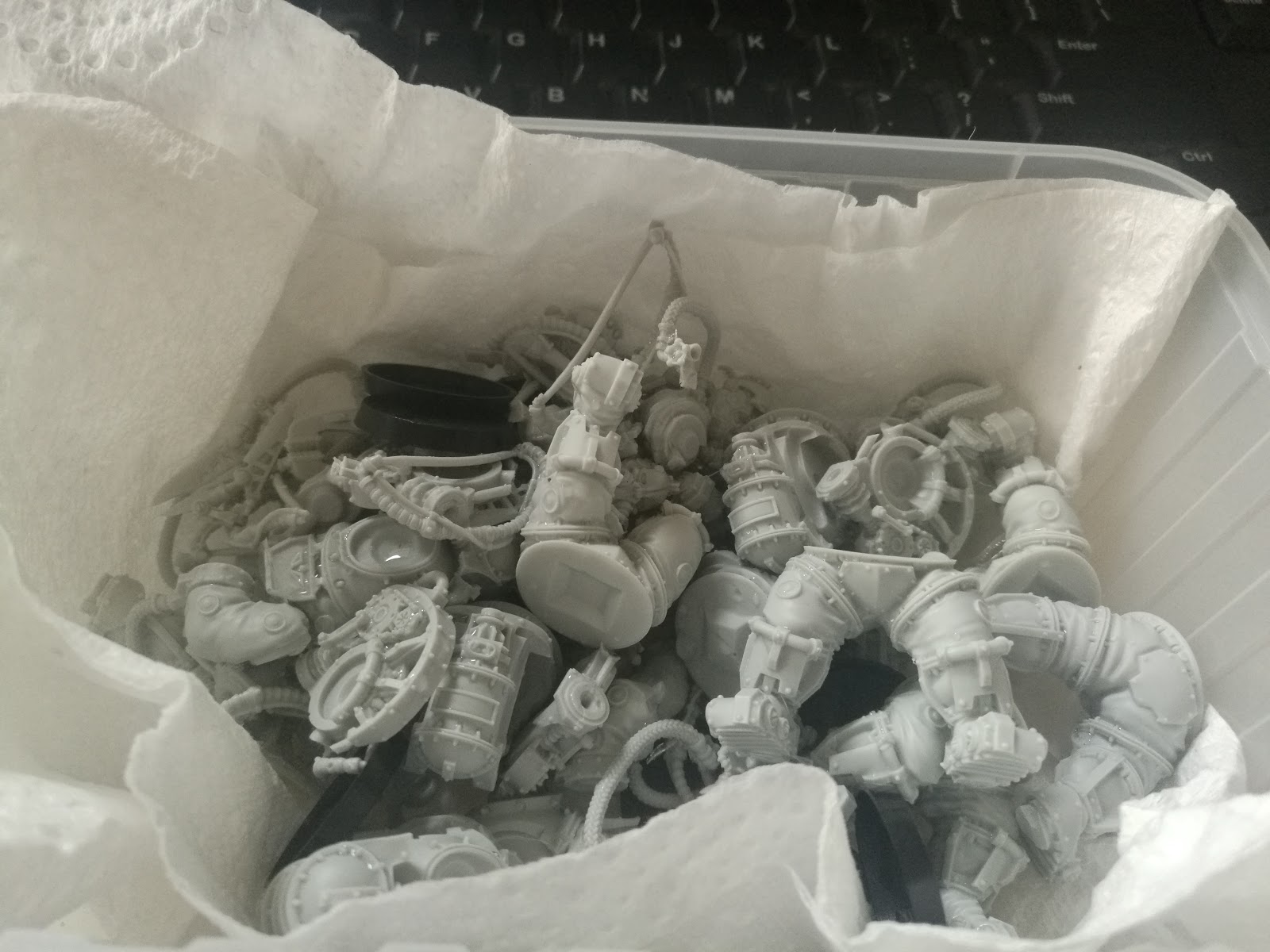 “The onus is on the trademark owner to do something about it in that respective country,” he said.

“Some people see the opportunity to infringe intellectual property laws and make a dollar out of it.”

He said Australians importing counterfeit miniatures would likely not be in breach of copyright law, so long as they intended not to resell the miniatures.

But for Mr Rodman, he’s going to continue buying both the real and the fakes.

“I think after a while it doesn’t matter. Once you realise that fake and real are abstract terms to define where it’s made and how it’s made, it doesn’t really matter,” he said. 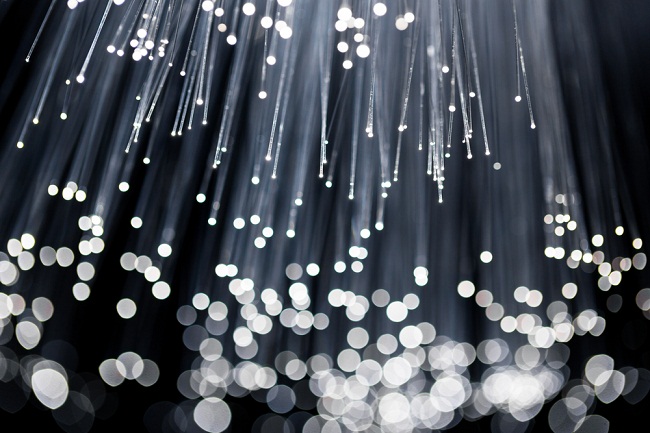 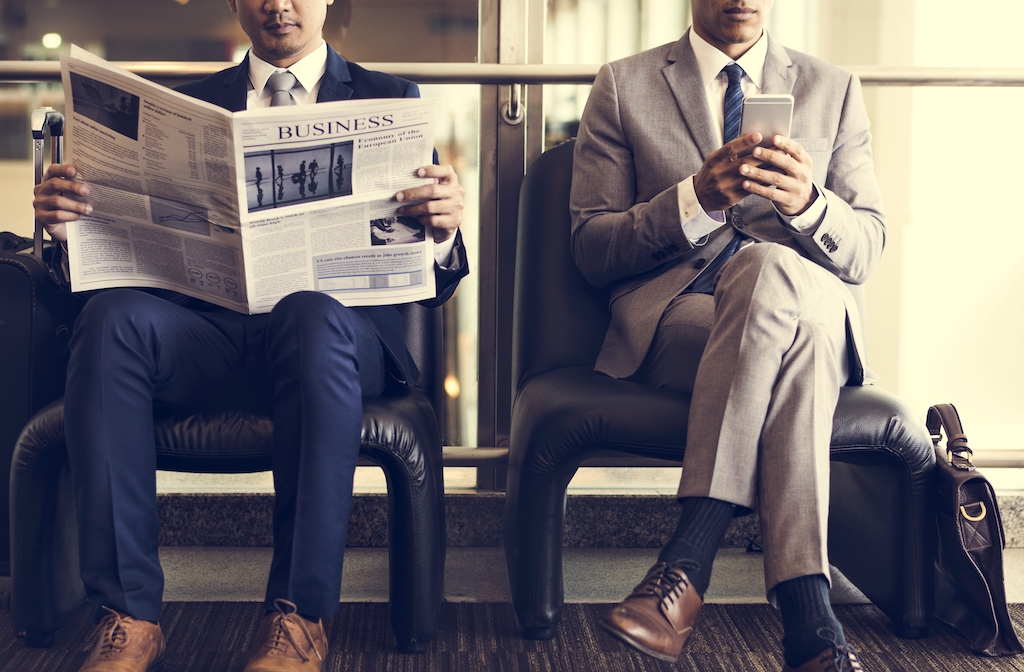 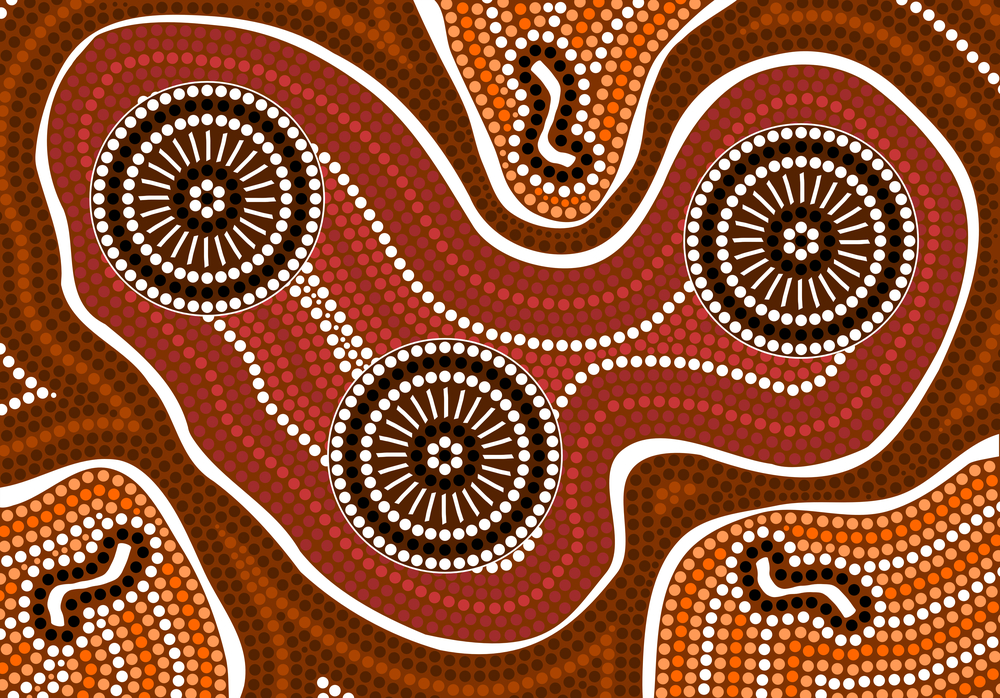