For some, a silver lining as coronavirus sets them on a new path

The pandemic pause has, for some, not been all bad. Whether a job change was forced by pragmatic concerns or inspired by dreams, it’s provided a moment for many younger workers to hit the reset button. Stephanie Zhang reports. 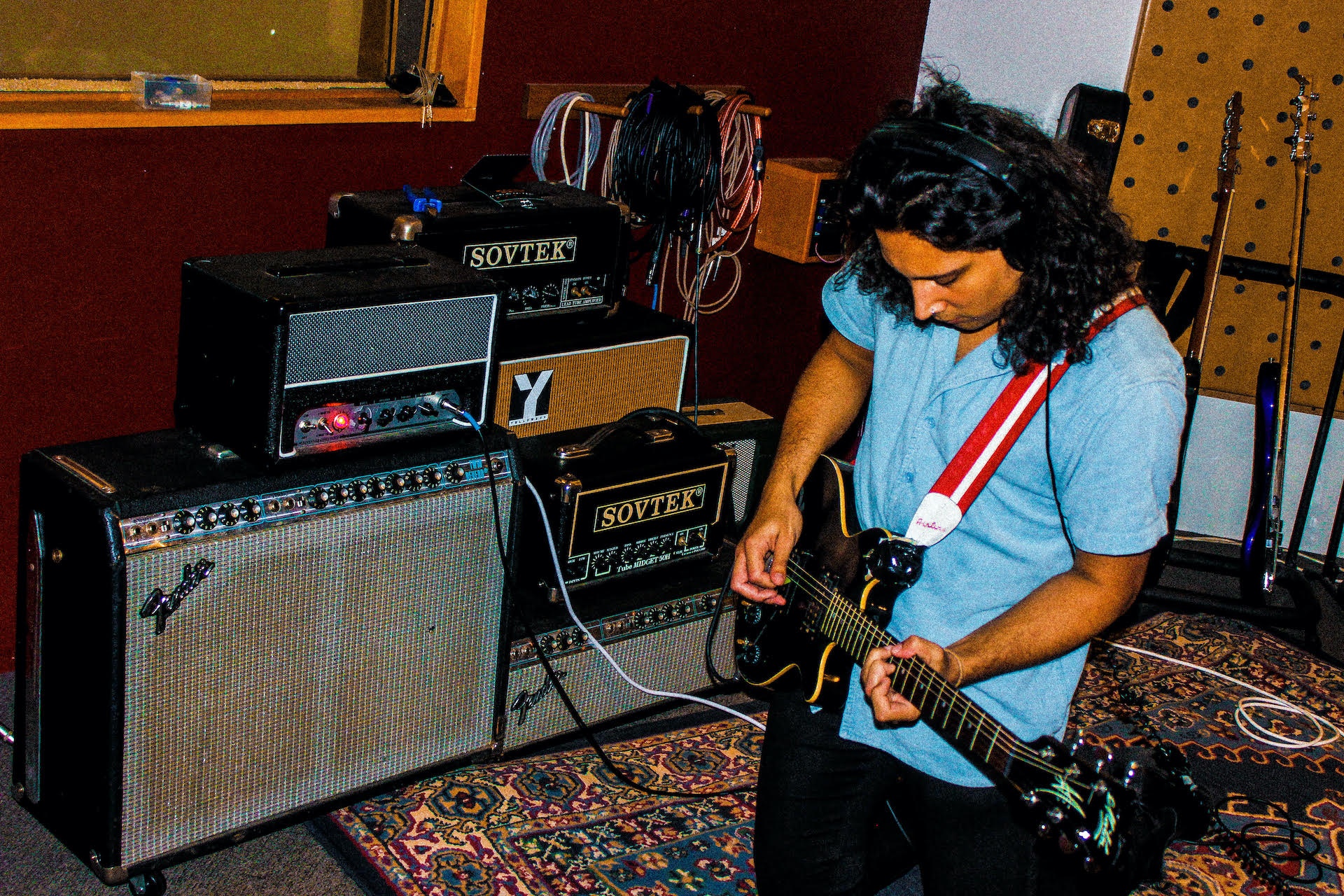 The pandemic shutdown has given musician Daniel Wright the chance to experiment with audio production, making him more confident in his creativity. Photo: Nick Tam

When Melbourne shuddered to a halt as the first wave of restrictions hit, with Victorians retreating into their home offices and abandoning the city’s once-lively cafe scene as coronavirus cases spiralled, Daniel Wright found himself out of a job.

Mr Wright, frontman of local indie rock band The Rollercanes, previously earned his livelihood with music-rights organisations APRA AMCOS and OneMusic, handing out licenses for music to be played at restaurants and cafes. When the opportunity came in May to take a redundancy, as continuing restrictions meant his job had indeed become redundant, he saw it as a chance to pursue his true passions.

In the long months since, he’s used the redundancy package and unemployment supplement Jobseeker to bankroll the release of new singles by The Rollercanes and set up a music consultancy business.

He is not by any measure alone carving a new course out of the COVID-19 crisis.

The silver lining of the pandemic for some people was the opportunity to take stock and leap into the unknown.

Data from the Australian Bureau of Statistics estimated 2.7 million people were affected by job loss or reduced hours between March and April, when large parts of the Australian population entered lockdown. Almost 600,000 Australians lost their jobs, and according to analysis by the ABC, the number of jobs at that time shrank by 7.5 per cent.

Job losses were the heaviest in the hospitality industry, followed by arts and recreation – both industries dominated by young people.

This upheaval prompted one in three Australians to consider changing jobs post-pandemic, a May report from financial services corporation ING found. According to ING, that’s three million people that want a complete career change, with one in six feeling insecure in their jobs.

Such change is not always driven only by necessity.

“[The pandemic’s] had such a profound impact on people to reassess their whole life,” says Yvonne Kelly, a co-founder of Glow Up Careers, a Sydney-based social enterprise that provides career coaching services.

Ms Kelly estimates that across the pandemic, 80 per cent of people have thought about changing their careers, with one to two in five people actually acting on those thoughts. She believes Jobkeeper and Jobseeker have made a huge difference, allowing people to transition more comfortably.

“In relation to actually doing something, sometimes a redundancy is the trigger to making  big changes because you’re forced into it, because otherwise, people like to be comfortable and they’ll stick with what they know,” she says.

The first group was initially forced into short-term changes due to pandemic-related shutdowns. But months later, with short-term becoming long-term, “they’re now starting to really take a longer-term view as to what types of industries and roles they can use their skills to transition into”.

This is the journey former Imperial Hotel bartender James Hine went through when the Melbourne rooftop bar shuttered its doors and sent Mr Hine home to collect Jobkeeper wage subsidies.

At 24, he found himself reflecting on his previous roles – in and out of different jobs since leaving university after two years of study, working in disability and healthcare, then two years bartending at the hotel – and contemplating his future more deeply.

After months of interviews, aided by the free time offered by the pandemic to fix up his cover letter and resume, Mr Hine landed a role with VicRoads as an incident response officer. He started work in October as one of twelve new officers out of 700 applicants.

“I think it’s something where I can give back,” he said.

“I enjoyed pouring beers, and people got a lot out of me giving them beers, but I think this is something where I can definitely help a lot of people and improve Melbourne’s infrastructure.”

The stability of a full-time government job offered him peace of mind too, something he realised the importance of during the pandemic.

“I was just at that state in my life where I wanted to find full-time work and something that was ongoing where my position was secure. In hospitality, particularly with what’s going on now, they could just say, ‘Nah, you’ve got no shifts this week’. And it’s hard to live life calmly with that sort of stress, if there’s always a chance that could happen.”

The second group Ms Kelly observed, which Mr Wright falls into, enlisted the pandemic pause as something of a life-course reset button. They used the time in isolation to reflect and reboot. They used the lockdown hours to plan and lay the groundwork to throw themselves into something consuming – “following their dreams”, as Ms Kelly puts it.

Since taking the voluntary redundancy in May, Mr Wright has been focussed on setting up time-management systems for the band and the business in the future—spreadsheets, he mentions, are the key. The pandemic shutdown has given him the chance to experiment with audio production, making him more confident in his creativity.

The time out of ordinary life also provided something of a buffer zone allowing him to assess his own motivations.

“I think that for any professional transition, you always want a bit of time to think,” he says.

“Under normal circumstances, you give yourself such a small amount of time to actually go, ‘Am I okay with this decision? I guess I am,’ and jumping in. Whereas with this, it’s been a really nice period to just go, ‘Let’s not rush that through. Let’s just have a think, let’s talk to some people’.”

Taking stock in what he has accomplished in the past six months, Mr Wright lists a string of accomplishments: mixing and releasing singles, making merchandise, applying for a grant. He says he feels well prepared for when Melbourne’s music scene roars back to life.

“I feel good! It’s exciting to think that in six months, the music industry is going to be in a better place, ” he said.

“I really just wish we could go out there and play some shows now!”