Demand for human milk for babies is booming, but supplies are under the pump

With Victoria’s sole breast milk bank just clocking up its seventh year of operation and unable to keep pace with demand, pressure is mounting to expand the regulated exchange of human milk as informal sites pose threats to health. Charlotte Grieve reports. 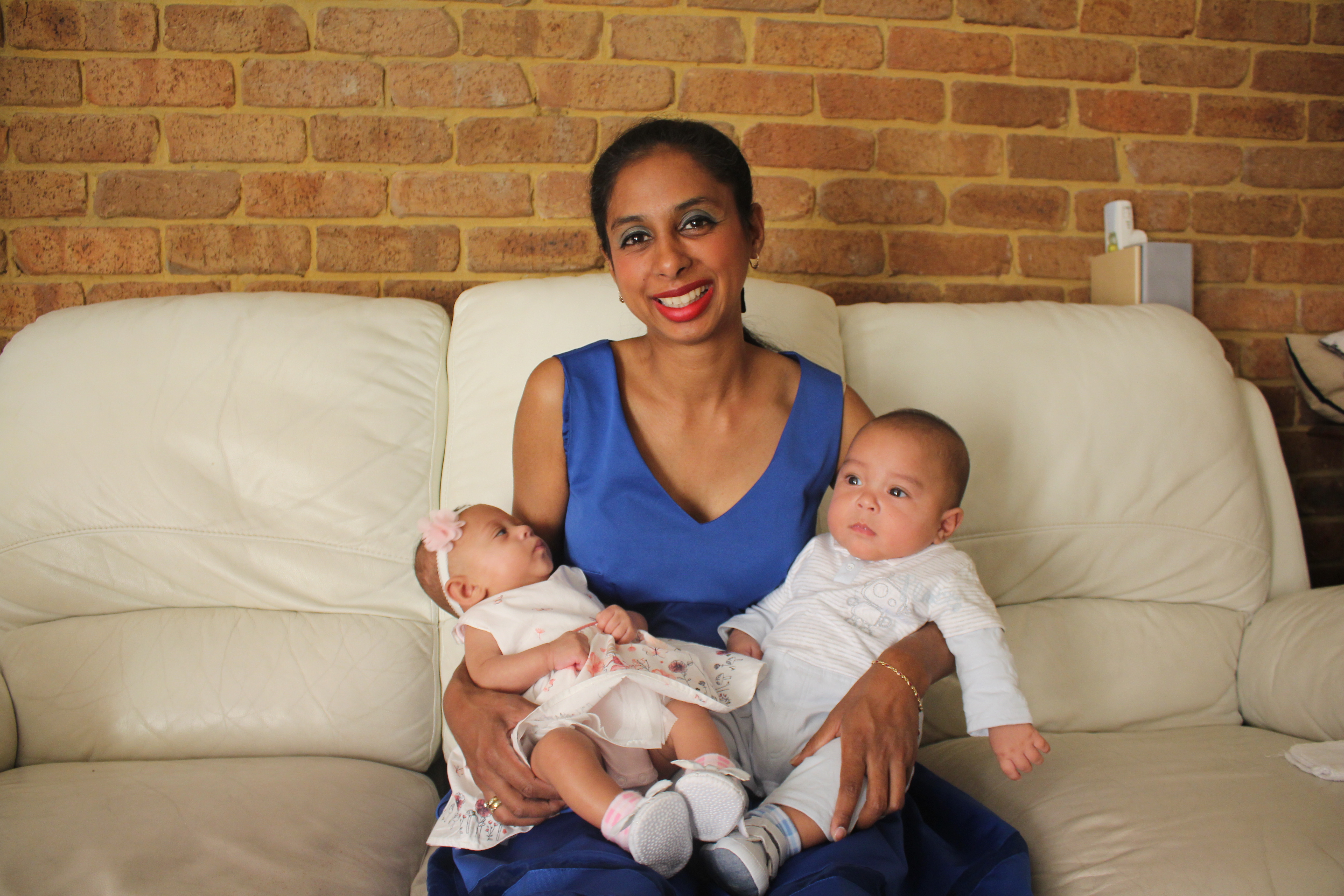 "My body couldn’t cope. And that’s when the nurses came and told me [about the milk bank]. And I said 'oh thank God for that': Kristel Cossigny with her twins. Photo: Charlotte Grieve

Seven months ago, Kristel Cossigny had never heard of a human breast milk bank. She was six months pregnant with twins conceived through IVF after two unsuccessful attempts and years of failing to conceive naturally. A week before Kristel had planned to take maternity leave, she developed pre-eclampsia – a life threatening complication resulting in the total shut down of her liver and kidneys. She was told an emergency caesarean delivery was the only option.

“Today’s the day, they are coming out. Today you are going to meet your babies,” Kristel recounts being told by her obstetrician.

That afternoon Frederic Cossigny was born, weighing 900 grams. He was not breathing and was sent straight to the Neonatal Intensive Care Unit. Three minutes later, Shannah Cossigny came, weighing 600 grams.

“I was surprised, shocked that they would come that early. But then I didn’t see how serious things were until my doctor spoke to me,” says Kristel.

Kristel was told her babies might not survive. Shannah had contracted a series of infections and diagnoses including necrotising enterocolitis (NEC) – a severe condition common among premature babies where tissue in the intestine is injured or dead. Approximately 400 babies die from NEC in Australia each year. 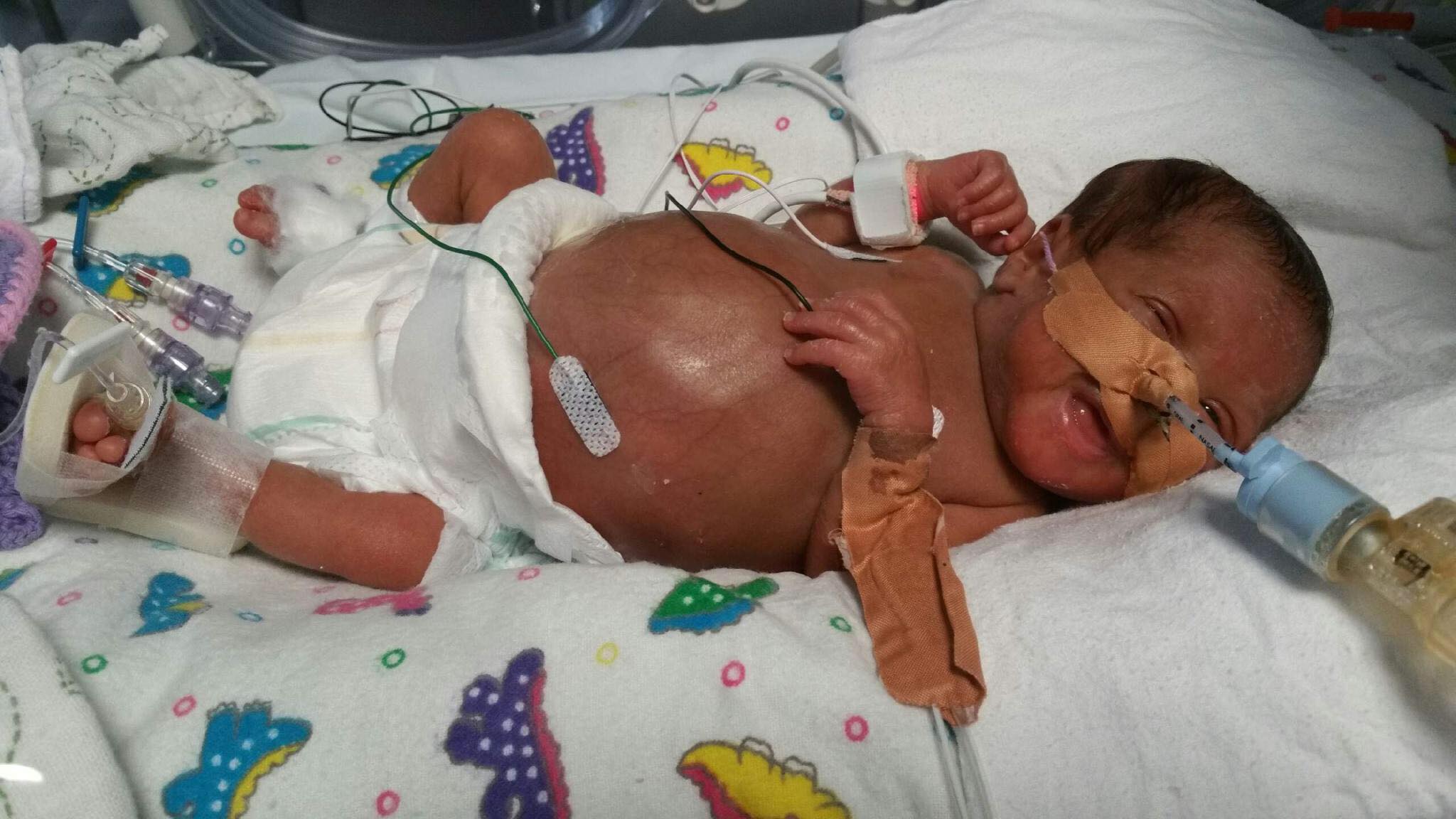 Shannah at 6 weeks, on her way to recovery with the help of donated breastmilk from the Mercy Health Breastmilk Bank. Photo: Kristel Cossigny.

“It’s a problem condition. It’s not one that we can do a blood test to see if your baby is going to get it. It will just show symptoms,” says Dr Gillian Opie, a senior neonatal paediatrician at Mercy Health.

Studies have shown that babies fed on human breast milk, as opposed to infant formula, are six times less likely to develop NEC. But, during this time, Kristel was not able to produce the milk her babies needed.

The Mercy Hospital for Women is home to Victoria’s only human breast milk bank. Mothers who have delivered in the hospital are able to donate excess breast milk that is then heated 62.5 degrees – eliminating bugs while retaining important proteins and antibodies – and dispensed to other babies. Last year, the milk bank provided 157 litres to babies from 41 donor mothers.

The hospital has tight eligibility criteria for which babies can access the bank. According to Dr Opie, they have a “no questions asked” policy for vulnerable babies – those born before 32 weeks or under 1500 grams.

For Kristel and her babies, the milk was a godsend. “My body couldn’t cope. And that’s when the nurses came and told me [about the milk bank]. And I said ‘oh thank God for that’. That’s really a big blessing. That’s a true blessing,” says Kristel.

The twins started on half a millilitre per hour of the donated breast milk. This soon increased to two millilitres, then three. Kristel says the twins improved immediately. “It was amazing.”

Human breast milk has been described as “liquid gold” for its long and short-term health benefits. In addition to improved digestion and immune responses, Dr Opie says breast milk can have a “significant” impact on intellectual capacity. 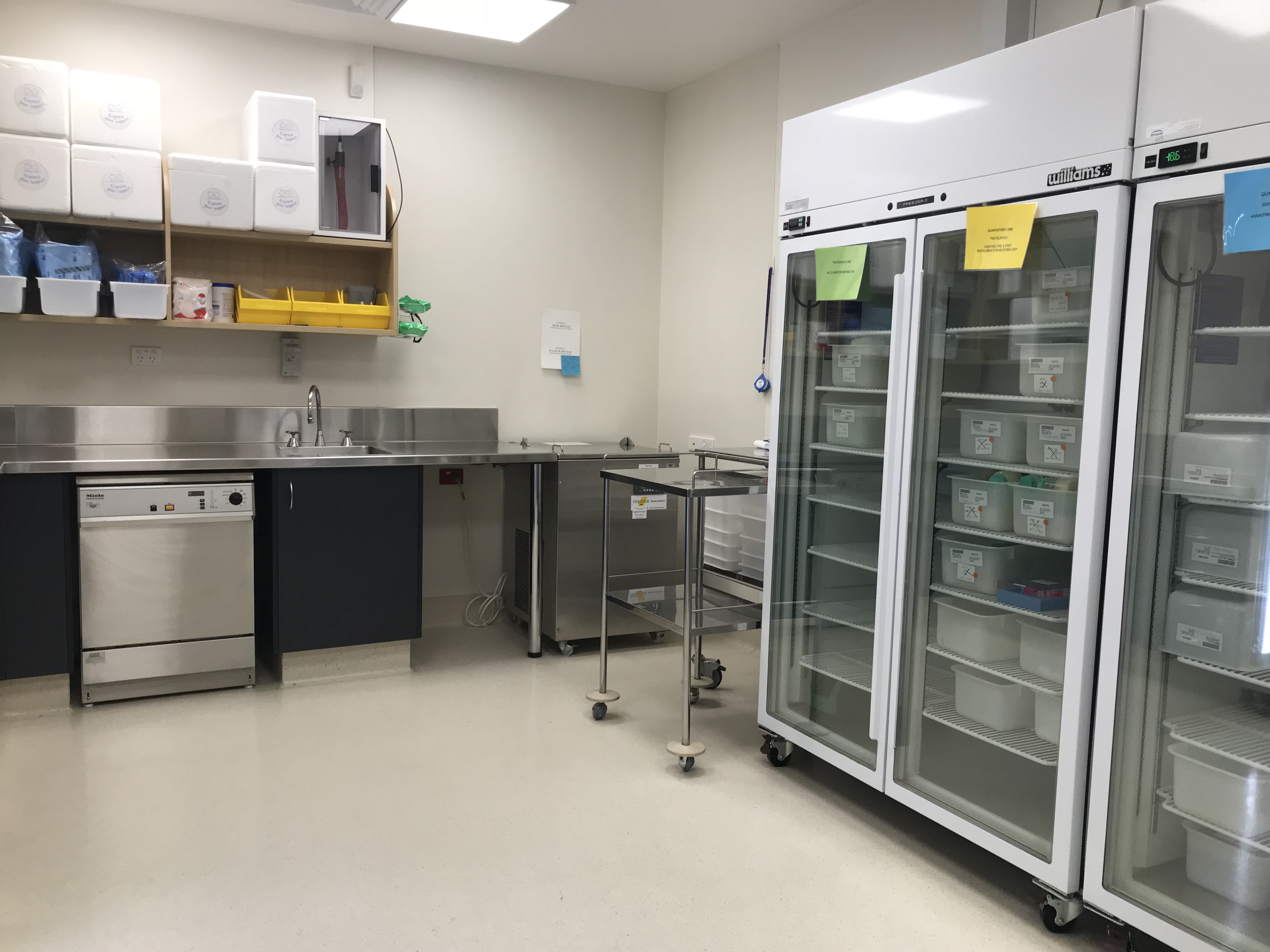 For these reasons, demand for donated breastmilk constantly outstrips supply. Dr Opie says the hospital often has to turn people away.

“We have mothers who are trying to breast feed their own babies but are not fully managing, ringing to see if there’s any possibility they might access the milk. But unfortunately that’s not possible at the moment.”

Throughout history women have informally used networks of friends and family and “wet nurses” to nurture their babies. The practice continues today, with some women now turning to social media to access breast milk through unregulated supply chains.

Jaymie Baillie is one mother who has both donated and received breast milk through these networks. At six months of age, her daughter experienced difficulty suckling from the breast and allergies prevented her from using formula. When Jaymie was unable to use a breast pump, she posted an appeal for milk on an internet site and a donor in Sydney offered the milk she needed.

“At first I was a bit hesitant but then after speaking with her, hearing her story, it made me feel a lot more comfortable about using donor milk,” says Jaymie.

She says she was initially concerned “because it’s someone you don’t know,” but was reassured by the fact that the donor was also feeding her own child at the time.

Human breast milk is difficult to regulate as it is considered both a food, human tissue and therapeutic good. As such, there is no explicit government regulation for its exchange. Milk banks have developed their own best practice guidelines and online exchange networks provide information to encourage mothers to make “informed decisions.” (You can read a 2014 Federal Government background paper on the issues here.)

Dr Opie remains cautious about exchanging unpasteurised breast milk.   Particular viruses, such as cytomegalovirus, can lay dormant in women and are transmittable through breast milk. This can cause babies to develop “significant issues” including deafness, cerebral palsy, developmental delay or intellectual disability, and in rare cases, death.

While breast milk sharing sites list information on home pasteurisation and the risks of viral infections, many women do not follow these procedures.

“The health dollar is a very keenly sought after dollar,” says Dr Opie. “So we need donors for two reasons – for milk and for charitable funding.”

Without the milk bank, it could be a very different life for Shannah and Frederic who are now six months old. While Shannah remains a lot smaller than her big brother, Kristel remains indebted to the Mercy Hospital for Women.

“I am so grateful, they are my miracle babies,” she says. 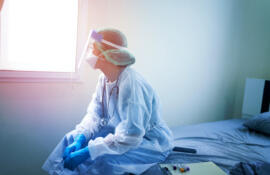 Physician, heal thyself? A prescription for trouble for all of us, doctors say 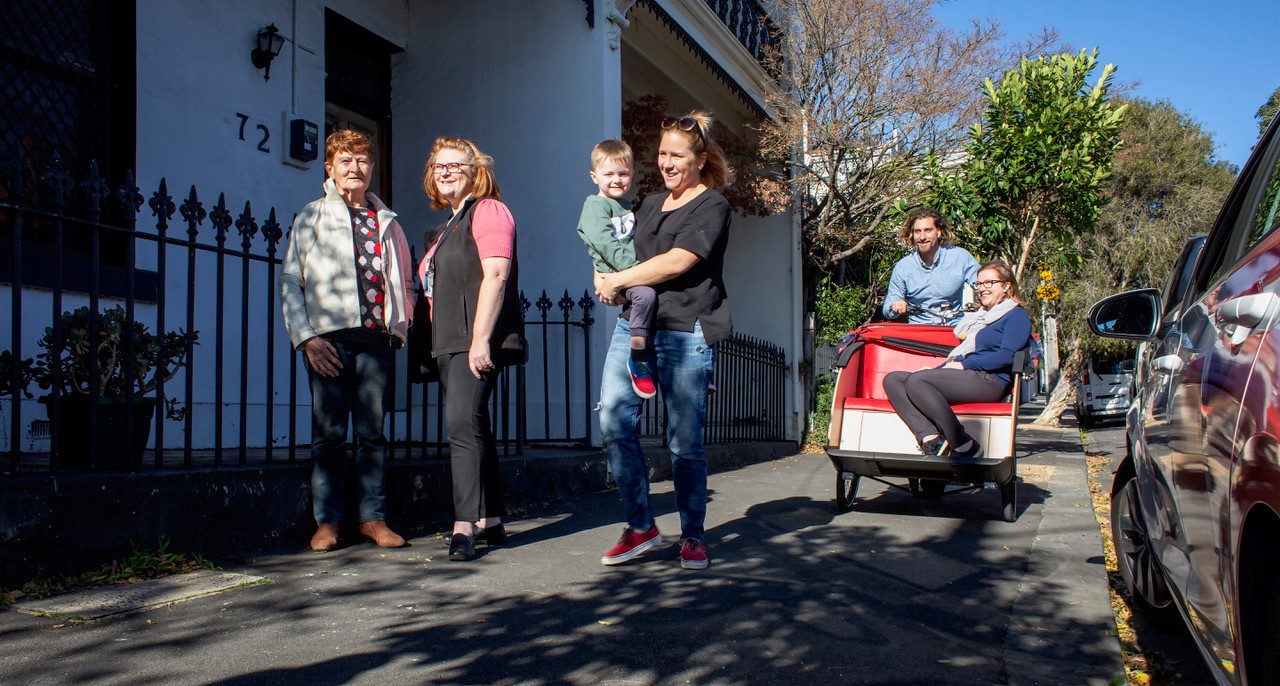