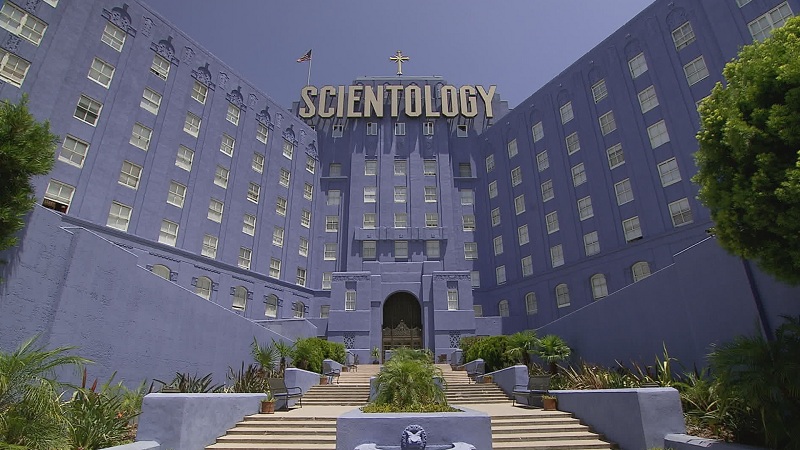 This description of Dianetics, the self-help system at the heart of Scientology, comes early in Going Clear: Scientology and the Prison of Belief.

And though you might have a vague idea of what Scientology’s all about – money, Xenu, Tom Cruise – you won’t find a more apt description of both what the cult of Scientology is, and why it has been so successful.

Going Clear is the type of documentary at which filmmaker Alex Gibney excels. The prolific documentarian (he has films on Frank Sinatra and Steve Jobs out this year too) seizes an issue bubbling away in the zeitgeist and methodically takes the time to tell us why we should take it seriously.

In particular, Gibney revels in the surreal nature of the story of Xenu, one of Scientology’s major foundation myths. The way this story is both told and presented to us in Going Clear is a masterclass in skilled documentary filmmaking. Both what Gibney’s interviewees say and how he depicts what they’re saying collide, and it is in this collision that new revelations are born. 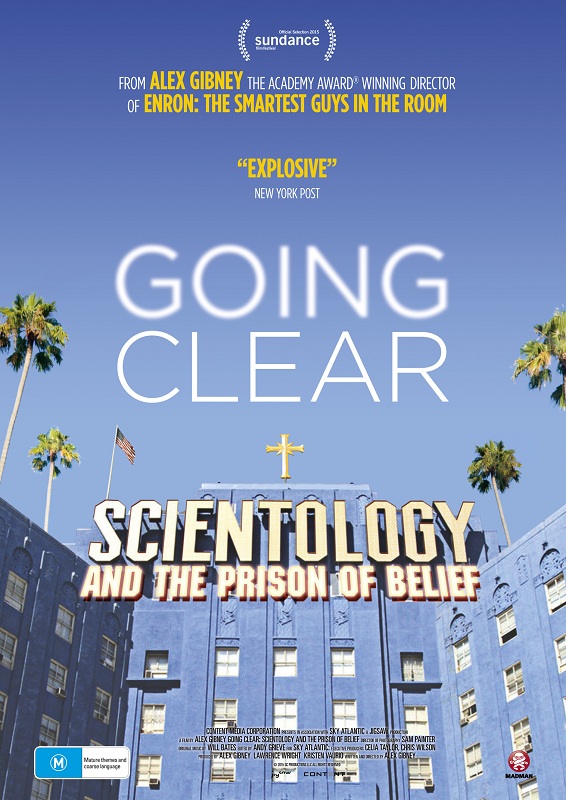 The story of Xenu is told by a succession of journalists and ex-Scientologists picking up the tale where the previous person left off, each barely disguising their incredulity. It basically boils down to: a long time ago, Galactic Warlord Xenu brought millions of humans to earth. He consequently hydrogen-bombed them and the scattered souls this explosion produced, called Thetans, were forced to watch days’ worth of propaganda films. They then latched onto each of our bodies. For a series of ongoing fees paid to the Church of Scientology, you too can unearth the Thetans living inside you.

Underscoring the increasingly baffling story of Xenu is a series of surreal and trippy images, mostly taken from stock footage of the 1950s. We see housewives and atomic bombs and people watching movies.

By illustrating the story this way, Gibney situates Scientology founder L Ron Hubbard firmly within paranoid 1950s America. No wonder Scientology took off, he seems to suggest: its foundation myth was so perfectly of its time. It was an attempt to rationalise every threat America was facing, from cold war paranoia to the ennui of the rapidly burgeoning middle classes. For a time, it was wildly successful.

Where Going Clear is most compelling is in its second half, when it leaves the ridicule behind to show the very real, and quite devastating, effects Scientology has on some of its adherents.

An emotional mother discusses the last time she saw her daughter, separated from her when she left the church. Another mother outlines how her newborn child was left to fester by Scientologists in a maggot-strewn cot. Most brutally, there are the stories of people brainwashed into doing manual labour for next to no pay.

In the middle of all this are three well known but, ultimately, enigmatic figures: David Miscavige, Tom Cruise and John Travolta.

[Filmmaker Alex] Gibney revels in the surreal nature of the story of Xenu, one of Scientology’s major foundation myths. The way this story is both told and presented to us in Going Clear is a masterclass in skilled documentary filmmaking.

Miscavige is often mistaken for the president of Scientology. He may be the public face of the church, but he is actually the chairman of an organisation associated with it. Scientology’s actual president is an elderly man named Heber Jenztsch, who is rarely seen in public and is only mentioned here once.

That Jenztsch is missing in action is just further proof that Miscavige is a man born to play the role of Cult Leader. He is not a man you would want to cross: everybody who does so ends up either cast out of the church or allegedly banished to years of unpaid manual labour. Meanwhile, he cuts ribbons at new church buildings and consolidates his now near-total power. On the evidence presented, it is no small measure of relief to realise that cultural texts like Going Clear are weakening the extent of this man’s sphere of influence.

Cruise’s relationship with Scientology is already well established. It burst into the open a few years ago, when video leaked of his rambling, nonsensical discussion of the religion. That video is replayed here, and it is thoroughly excruciating to watch such a pure manifestion of delusion.

The story of John Travolta’s relationship with the church is both a scary demonstration of the power of Scientology, and the weakness of Going Clear. It is ultimately too interesting for a documentary such as this. Gibney’s film directly addresses his story but awkwardly leaves some of it half-buried in subtext and insinuation.

In interviews with his former friend Sylvia ‘Spanky’ Taylor, it is suggested that Travolta has stayed inside Scientology so long because of the wealth of information it has amassed on him. It’s easy to see how: through auditing sessions, Scientologists spend hours and hours confessing to all manner of sins, in a bid to “go clear” and expel the Thetans living in them. Auditors take comprehensive notes of each session. 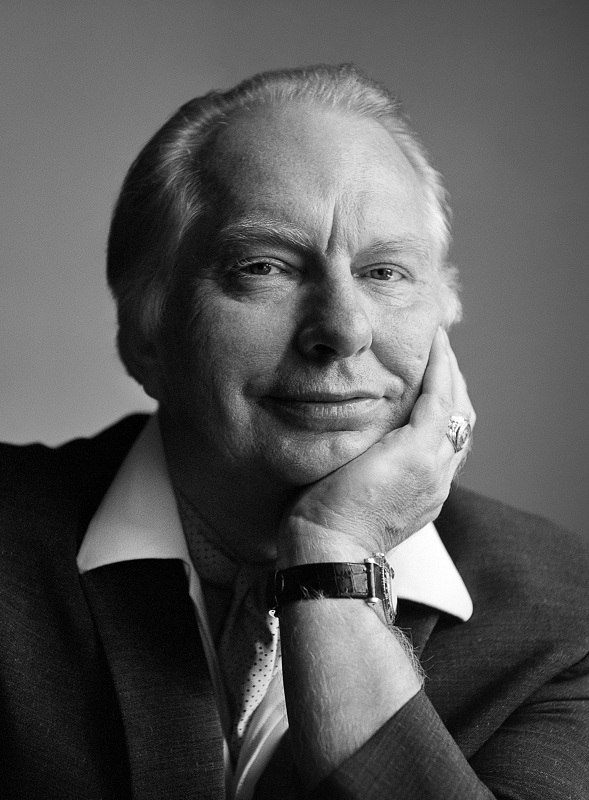 Multiple times it is suggested, though never stated outright, that he is being blackmailed for confessing to same-sex attraction in these sessions.

Scientology is a notoriously litigious church, and it feels like the lawyers have combed over Going Clear forensically. It is a miracle, really, that we end up with what we have: a documentary that solidly transitions from the wacky story of L Ron Hubbard and Xenu to the far more disturbing stories of abuse.

In the end, you don’t have to search far for proof of just how rattled the church is by Going Clear. Last week, it screened at the Sydney Film Festival. I scrolled through Twitter to see how people had reacted. Lo and behold, embedded within my timeline, was a series of sponsored tweets by a Scientology-connected account “debunking” Going Clear’s arguments and attacking Gibney’s interviewees.

The ridicule subsequently heaped on these tweets by others tells you all you need to know: Going Clear is hastening what is already an inevitable decline for the church.

But Scientologists shouldn’t be too worried: there’s plenty of psychological folk art out here in the real world too.

► Going Clear: Scientology and the Prison of Belief is screening in limited release nationally from Thursday, June 18. 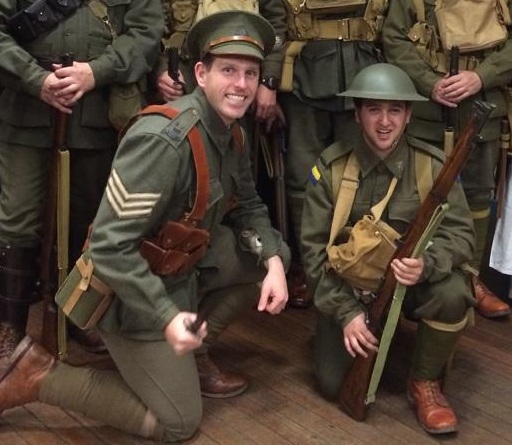