As the toll from the global extinction crisis mounts, ancient knowledge is being drawn on to inform new strategies. But in Australia, experts say those efforts are being hamstrung by a lack of funding and regard. Jordyn Beazley reports. 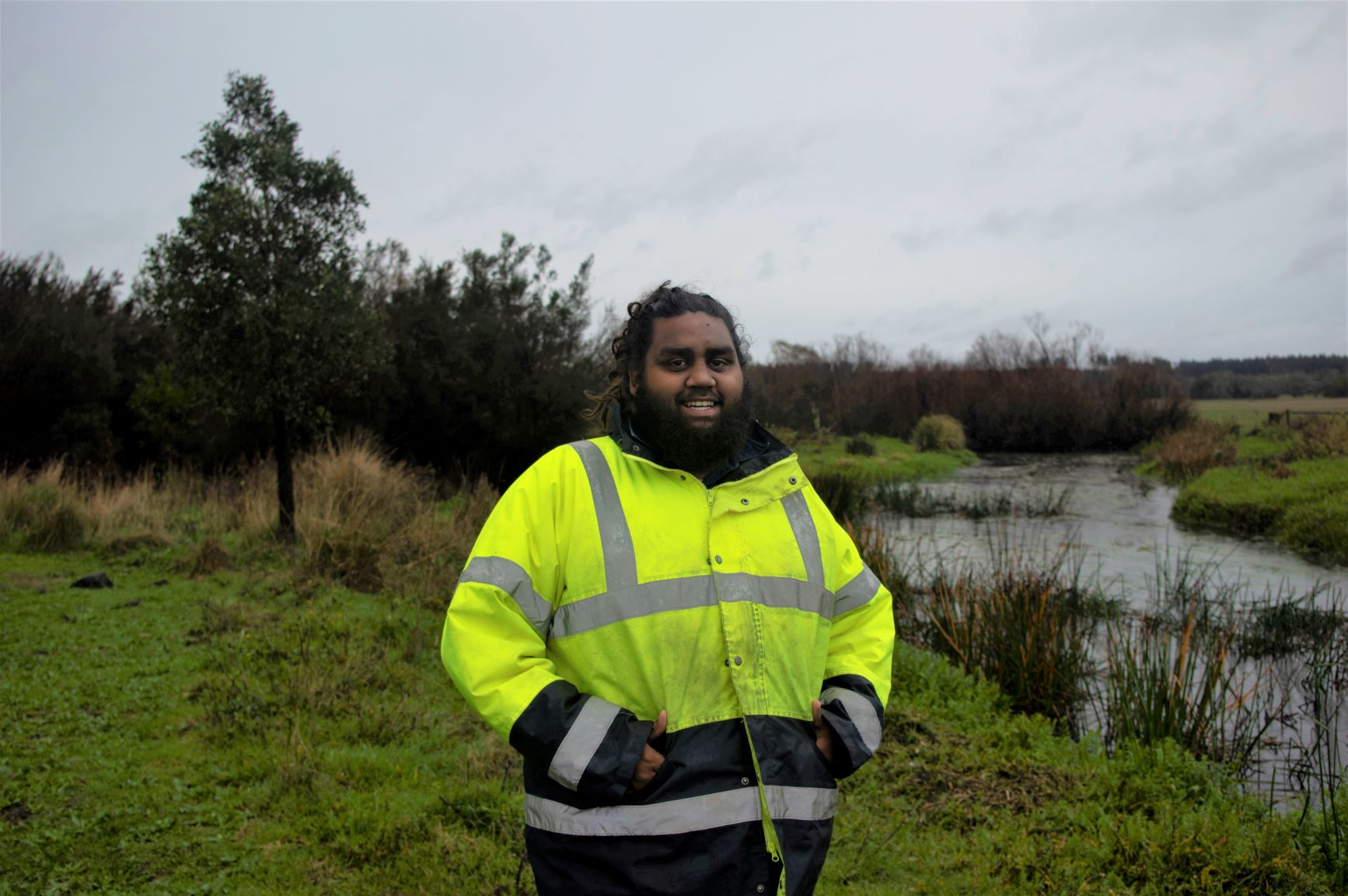 He steps off the gravel to inspect a patch of grassland that was recently set alight, bending down to point out fresh shoots peeking from a charred shrub. “It’s coming back green now,” Saunders says. His team has been working with fire management, exchanging knowledge on conducting controlled and cultural burns. This bit of country sits within the Tyrendarra Indigenous Protected Area’s 6600 year-old freshwater aquaculture system, a site older than the Pyramids which as of last week, after decades of campaigning, is now recognised for its cultural value under World Heritage listing.

Tyrendarra likely looks much as it did 200 years ago, before colonisation. This is in part due to careful management informed by Indigenous practices, including the use of fire to maintain the flourishing community of native woodland, grasses and shrubs dispersed across a landscape scattered with volcanic rock.

The contribution such Indigenous knowledge could make to hauling back the world’s accelerating extinction crisis was highlighted in a recent landmark United Nations report predicting the loss of a million species over the coming decades due to human activity. But those on the frontline caring for Australia’s biodiversity say Australia has a long way to go if it is to harness the powerful potential of Indigenous land management.

But despite accounting for almost half of Australia’s conservation land, IPAs only receive 6 percent of the conservation budget, according to the Sustainable Land Sector Development in Northern Australia report’s 2018 figures.

Emilie Ens, a senior lecturer in environmental studies at Macquarie University, says ignorance around the usefulness and application of Indigenous knowledge in conservation programs has resulted in an injustice in the allocation of funding.

“The Australian Government does highlight Indigenous land management as the way forward,” she says, and frequently enlists IPAs to “tick off” various international agreements, “but they don’t come to the party with the funding”.

Ens regularly carries out surveys with Indigenous ranger groups in the Northern Territory to document knowledge about plant and animal species. She says the rangers there can see opportunities to restore and support vanishing species, for instance by collecting large goannas they haven’t seen for 30 years in some areas from the desert to breed and reintroduce to the wild. But the potential for people working within IPAs to recognise and respond to species loss is restricted by “white fella” processes that don’t trust Indigenous knowledge, she says.

“Indigenous people identifying species as threatened or extinct isn’t enough. It has to go through the scientific processes to get the funding. And it’s just not really something the population here can do,” Ens says.

“If they listened to the mob in the first place, we would be able to get on with it before it is too late.”

What Indigenous knowledge can achieve for biodiversity when trusted is realised in the growing regard for fire management to maintain biodiversity. This acknowledgment of traditional ecological management has seen Indigenous communities work to recover fire knowledge which they’ve largely been prohibited from using since the earliest days of European settlement.

“Before the IPAs and ranger groups really kicked off in the Northern Territory the land wasn’t being managed because Aboriginal people were forced into communities and they weren’t on country,” Ens says. “When they moved back on country, you could see dramatic improvements in biodiversity because of fire management. Looking at the fire scars, you can also see a decline in the devastating dry season fires.”

The Country Needs People campaign is a collective of 40 indigenous land management organisations working to amplify political leaders’ understanding of why supporting IPAs is so important. They are calling on the federal government to expand IPAs and ranger programs and to double the funding.

The international Pew Charitable Trust has joined the campaign effort. Its partnerships manager, Patrick O’Leary, says IPAs have achieved a lot of success remedying habitat loss due to Indigenous connection to country being a central part of who people are.

“The Australian landscape, and all of the natural values that we treasure, are really the product of 60,000 years or more of close interaction and management by the people that were here before European settlement,” O’Leary says.

While he says Australia can be proud by the growth of the IPAs and ranger networks across the country to control damage to habitats by introduced ferals and weeds, success is tempered by the lack of secure funding and partnerships between government.

“Federally, over the past four to five years, oversight and support from the Environment Department has reduced,” says O’Leary. “There needs to be more engagement and collaborative support to tap into Indigenous knowledge.

“I do think as one of the wealthiest countries in the world, there is a lot more we can do around investment and security to make the job of people on the ground easier and more stable.”

Walking past sapling manna gums recently planted in Tyrendarra IPA to try to encourage the recovery of the threatened tiger quoll population, Saunders says that his interest in becoming a ranger was as much about educating people about his culture as it was about preserving this landscape and its creatures.

With Tyrendarra now the first site in Australia to receive World Heritage listing for its Aboriginal cultural importance, the rangers at the IPA hope the tourism it brings will raise the profile of Indigenous land management.

“The conservation stuff is about reconciliation too. You have to have the community on board,” Saunders says.