A hybrid of stage and screen makes for a different, and at times jarring, viewing experience, writes Anders Furze.

A View From the Bridge is the latest London play made accessible to the colonies thanks to the National Theatre Live cinema program. Although this production of Arthur Miller’s play is full of remarkable innovations, the fact that you’re watching a recording of those innovations means you can never quite fully embrace them.

The story is a relatively simple tragedy. Set in the New York docks of the 1950s, Eddie (Mark Strong) looks after his wife Beatrice (Nicola Walker, of Spooks fame) and niece Catherine (Phoebe Fox). When two new illegal immigrants, Marco and Rodolpho arrive, Eddie agrees to house them for a while. Catherine and Rodolpho start seeing each other, and Eddie, driven by jealousy, begins to go off the rails.

The acting here is universally excellent, although it takes some time to adjust to the idea of watching theatre acting onscreen. Strong, in particular, gives a compelling performance that ranges from intense to ferociously intense. The moment he appears on stage, you can see exactly where it will all end up.

This being an Arthur Miller play, the writing perfectly embeds dramatic tension within naturalistic dialogue. It is almost too perfect, and there is always a danger with Miller of an audience admiring this dramatic escalation without being caught up in it. 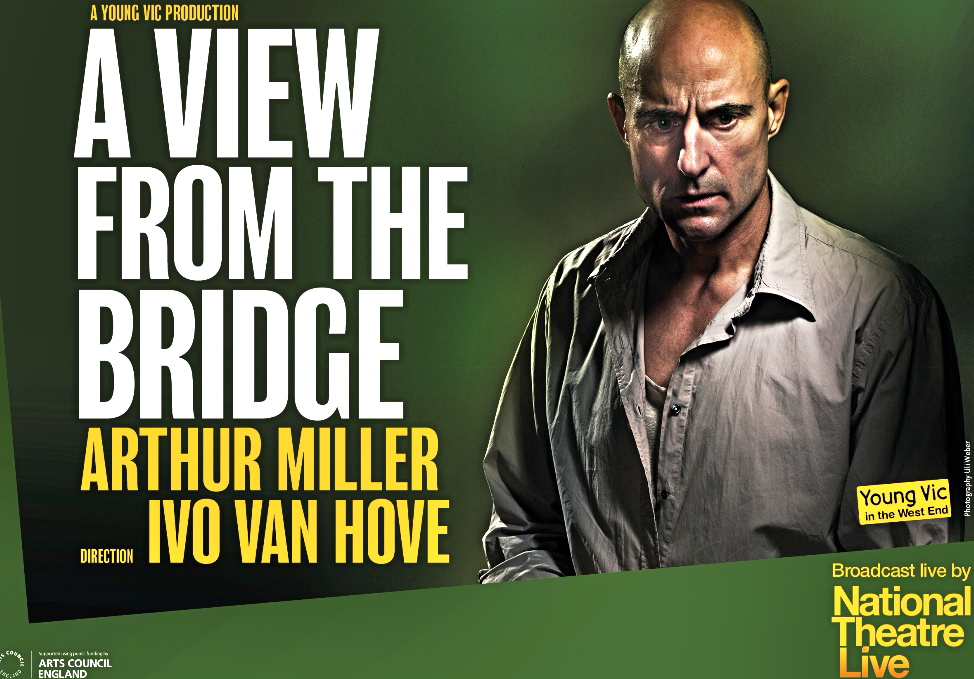 It is a relief, then, that Ivo van Hove’s direction constantly rescues a play in danger of drowning under the irrelevance of its setting and style. His direction is at its most sublime over the course of one 20-minute sequence approximately halfway through the play.

A conversation between Marco and Rodolpho, the scene grows progressively tenser. A tapping noise every few seconds keeps a steady rhythm, but the actors deliver their dialogue erratically, unnaturally.

Huge pauses engulf Eddie’s questions and Rodolpho’s answers. As the scene progresses the pace quickens, until the dialogue returns to a natural tempo just as Marco challenges Rodolpho to a playfight. Inevitably, it ends violently.

Remarkably, van Hove manages to open up a temporal crack in Miller’s text, forcing us all inside for an almost unbearably tense period of time.

Not all of his theatrical flourishes work. In the penultimate scene the play’s narrator starts reading the stage directions. His reading gets ever more frenzied as tensions escalate, but it feels gimmicky. Van Hove has successfully led his audience beyond the dialogue and inside the play itself, why does he feel the need to return to the stage text?

It is worth noting that this is not simply a still camera capturing a performance. Multiple cameras and angles cover the stage. There are cuts between cameras. You are watching a directed cinematic representation of a theatrical performance.

Watching A View From the Bridge, I was acutely aware that I was watching a filmed version of a live performance. The audience’s reactions are also caught and broadcast. The audience laughs, we laugh.

It is worth noting that this is not simply a still camera capturing a performance. Multiple cameras and angles cover the stage. There are cuts between cameras. You are watching a directed cinematic representation of a theatrical performance.

This creates an odd atmosphere that is never really successfully transcended. The theatre bleeds into the cinema. A hybrid is born.

One of the great joys of going to the theatre is the freedom it grants the viewer: freedom to focus on different actors, to interrogate various aspects of the set. No such opportunity is afforded here.

The camera mostly follows the actors who are talking or, in some jarring moments, the actors whose reactions are deemed important enough for us to see.

Some moments end up being double directed. A View From the Bridge’s final, startling image is dramatic enough. It doesn’t need a camera slowly zooming out for emphasis. It is a filmic choice akin to underlining already bolded text: we get the picture.

► A View From the Bridge is currently screening in limited release nationally. 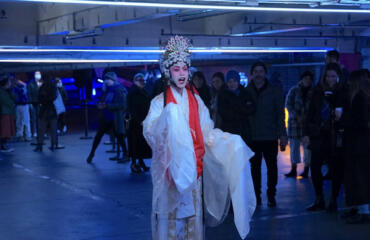