As renewables run hot, Indigenous network plugs in to power up

Australia’s remote landscapes soak up some of the highest levels of solar irradiation on the planet. And as they also attract increasing interest in the renewable energy bonanza, Indigenous landowners are positioning to power up their communities and a brighter, cleaner future. Jordyn Beazley reports.

Gadrian Hoosan, a Garrwa and Yanyuwa man, has spent over a decade fighting to protect land, water and cultural heritage in the Northern Territory from extractive industries. This mural was painted by Coree Thorpe - a Gunnai, Yorta Yorta and Gunditjmara man - in Melbourne to honour this fight. Mural/photo: Coree Thorpe

“It’s getting hotter and hotter,” he says from his hometown in Borroloola, located in the Northern Territory’s Gulf region. “Some flowers we don’t see bloom anymore.”

“We used to have a proper monsoon that would rain and rain … We don’t get the massive wet anymore.”

While the Australian Government continues to spruik coal and gas production, resisting international and scientific pressure to commit to faster, deeper emissions cuts to slow catastrophic global heating, Hoosan is part of a grassroots Indigenous network positioning for a stake in the global renewable energy boom.

The group will this week launch the First Nations Clean Energy Network, dedicated to powering up Indigenous-owned renewable energy projects across the country. The network’s ambitions range from the immediate – getting desperately needed energy into remote communities to adapt to heat extremes – to the longer term, helping traditional owners be part of the transition to a carbon-neutral world, and gaining the economic means to say no to fossil fuel extraction on their lands.

Hoosan’s hometown, a 1000 kilometre drive south-east of Darwin and one of the most isolated towns in the territory, is the site for the network’s model program.

His country, and that of the neighbouring Gudanji and Mara people, sits atop an immensely resource rich area, but the community has long suffered from a poor energy system that regularly disconnects, spoiling food and medicine, making homes too hot to inhabit. The community relies on prepaid energy metres that suck power from ageing, polluting and costly diesel generators – the most unreliable and common form of energy in remote communities across Australia.

With the help of Original Power, a non-profit that supports Indigenous communities, Hoosan is part of a team designing and building the community’s own solar micro-grid business.

If it’s successful, it will provide a pathway for other communities part of the First Nations Clean Energy Network, which is launching during a forum in Alice Springs where community members and experts will meet to discuss best practices and large-scale initiatives. 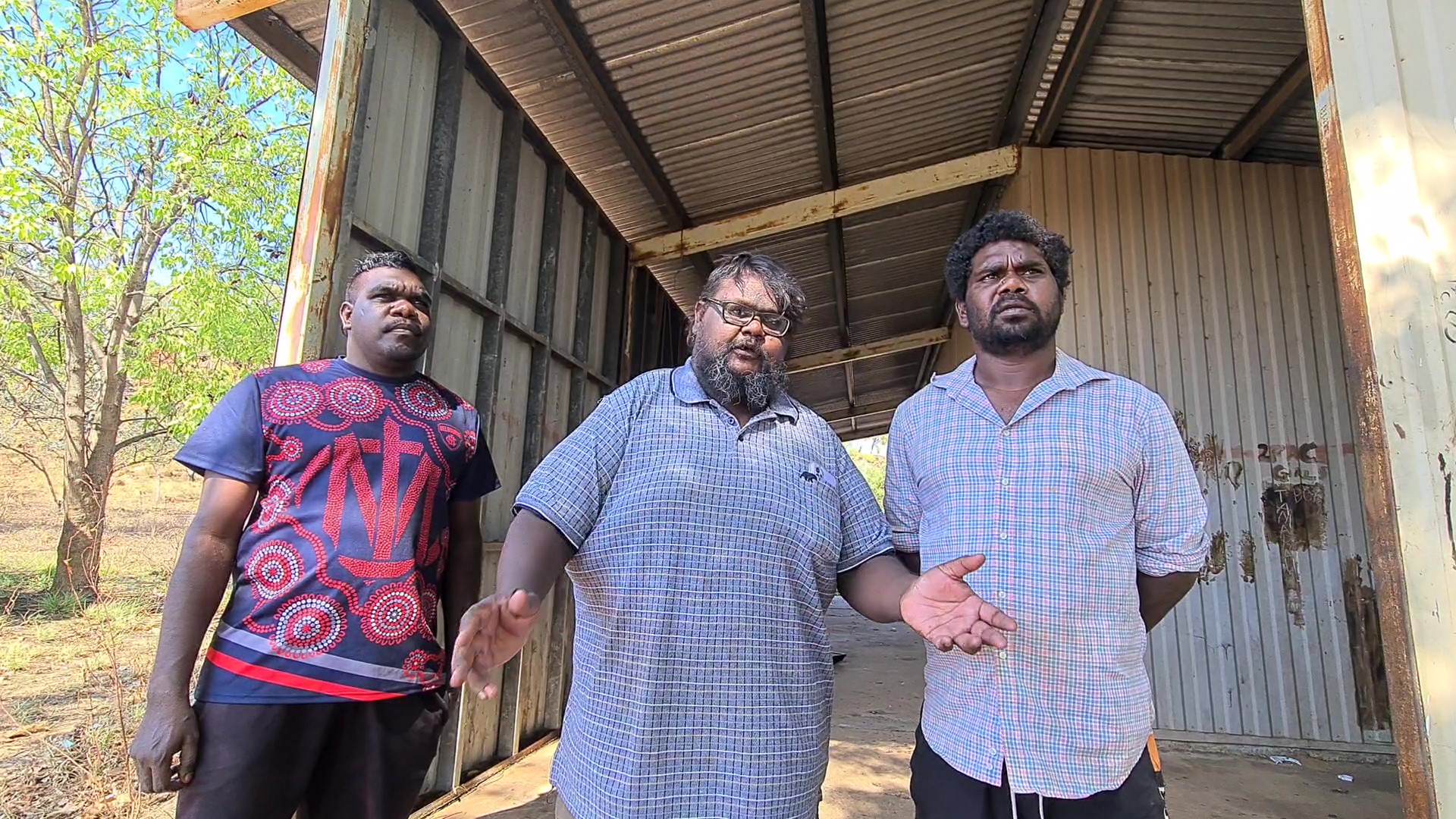 “We want something better for our community, but the government is pushing for something we don’t want that will make the whole country worse and get hotter and hotter,” says Hoosan, an emerging leader in the Gulf region. Photo: Supplied

The first step in the model project is powering along, with Borroloola residents starting to connect to solar power. The next step, to turn a profit for the community, will be trickier, with the team undertaking a feasibility study around selling power back to the grid.

The idea to turn solar power into a commercial opportunity for the community was first seeded by members tired of fighting fossil fuel projects and longing for a form of sustainable economic development.

An hour’s drive from Borroloola is Glencore’s controversial McArthur River mine, one of the largest zinc and lead deposits in the world. In 2014, the mine was found to have contaminated fish in the river, an important food source for the four clans that control the Gulf region. Some members of the community are still too scared to drink or fish from the river, they fear it has been poisoned.

The community has also long railed against the Northern Territory government’s push, supported by Canberra, to frack the Beetaloo basin, dubbed by the NT Environment Centre as the “largest fracking project ever seen in the Northern Territory” and condemned by climate scientists as a “grave mistake“.

“We want something better for our community, but the government is pushing for something we don’t want that will make the whole country worse and get hotter and hotter,” says Hoosan, an emerging leader who unsuccessfully stood as an independent in the 2020 Northern Territory election, campaigning on solar power, water quality and housing issues.

Karrina Nolan, a descendant of the Yorta Yorta people, who founded Original Power and the network, says the experience of Borroloola’s residents is a familiar story across Australia’s indigenous communities.

“Where we are working, people are living in communities that are 35 degrees when it shouldn’t be, and the number of days over 35 are going to triple in the next decade,” she says. “So some of our homelands are going to become almost unliveable and we need to change the way that we heat and cool and create climate safe housing.

“But then on the other hand, a lot of our people are in the heartland of fracking basins and on the frontlines of new fossil fuel projects. They’re offered really small amounts of royalty [to allow access to the resources], and knowing the effects it will have on their country, they really want to say no, but don’t have other alternatives for income.

“We need to stop forcing people to say yes to these projects in order to survive.” 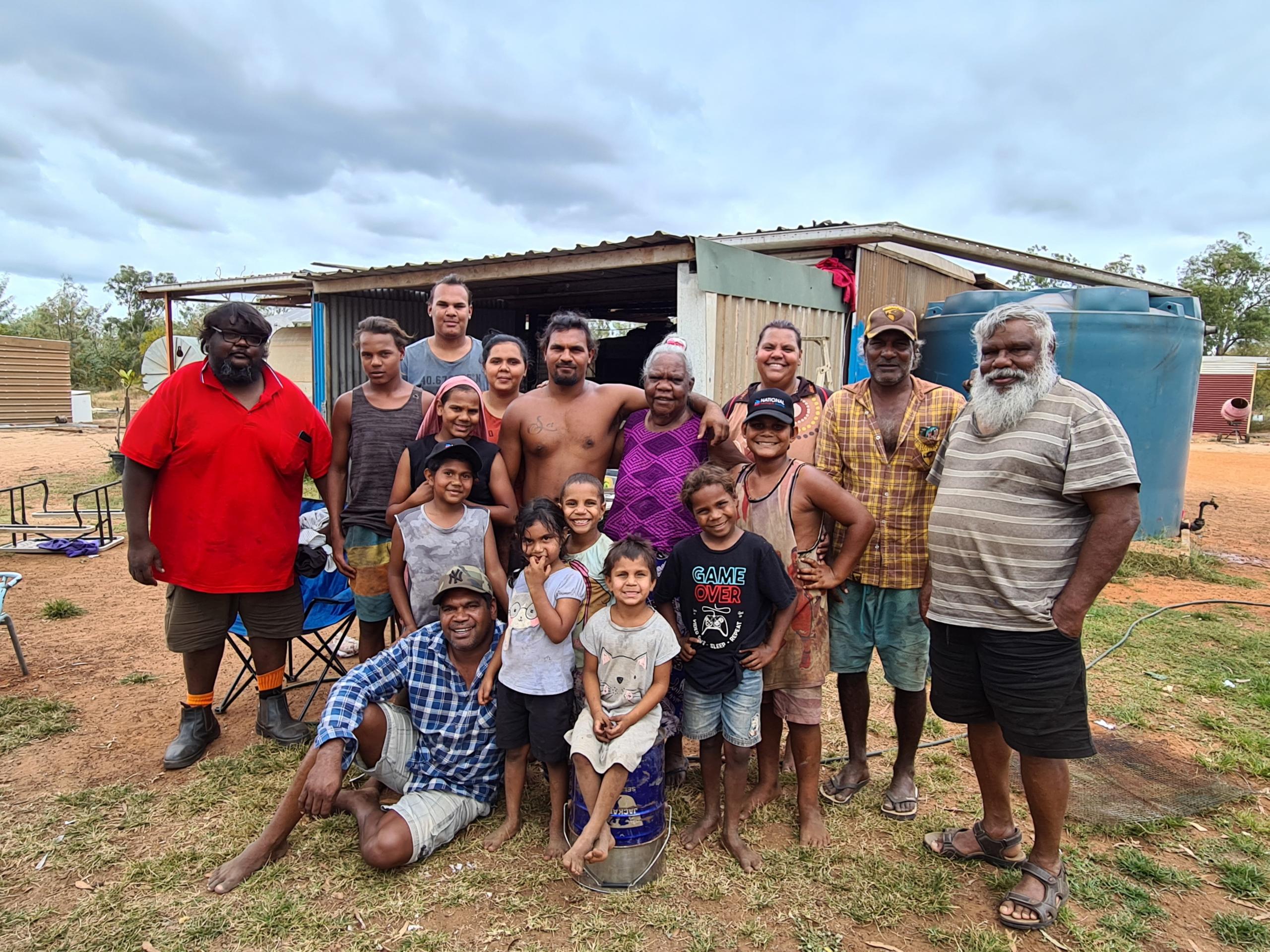 Indigenous-owned lands in Australia bask in some of the highest solar irradiation levels in the world, and advocates argue this deserves urgent recognition as corporations developing renewable energy projects line up to profit from these conditions. Photo: Supplied

Nolan sees Indigenous-owned renewable energy as a possible remedy to the exploitative relationship that has mostly characterised extractive industries’ use of Indigenous land, but only if done right.

Australia is looking to Canada as a successful model, where it is the norm for First Nations communities to have 25 per cent ownership of renewable energy projects on their land. At the COP26 UN climate summit which wound up in Glasgow last week, representatives from Canada’s Indigenous Clean Energy Network championed their model for Indigenous-owned renewable energy as a way to foster self-determination and reconciliation.

At one such project in Fort Nelson Nation, located 1600 kilometres north of Vancouver, the community is transforming a depleted gas field into a geothermal-energy project. It’s expected to generate enough energy to power 10,000 homes, with the excess power used in the community to heat homes and greenhouses to grow food during the frigid winter months that average -17 degrees.

A 2019 report by the Centre for Aboriginal Economic Policy Research at ANU found that Indigenous involvement in renewable energy projects in Canada had been assisted by policy settings encouraging First Nations involvement.

There has been some promising traction so far for smaller-scale projects. Victoria’s first Indigenous-owned solar energy business is on track for completion next year on Gunaikurnai country. The Ramahyuck District Aboriginal Corporation in Sale received $1 million from the Victorian government to construct the 4.9-megawatt panel system which will be connected to Victoria’s electricity grid. 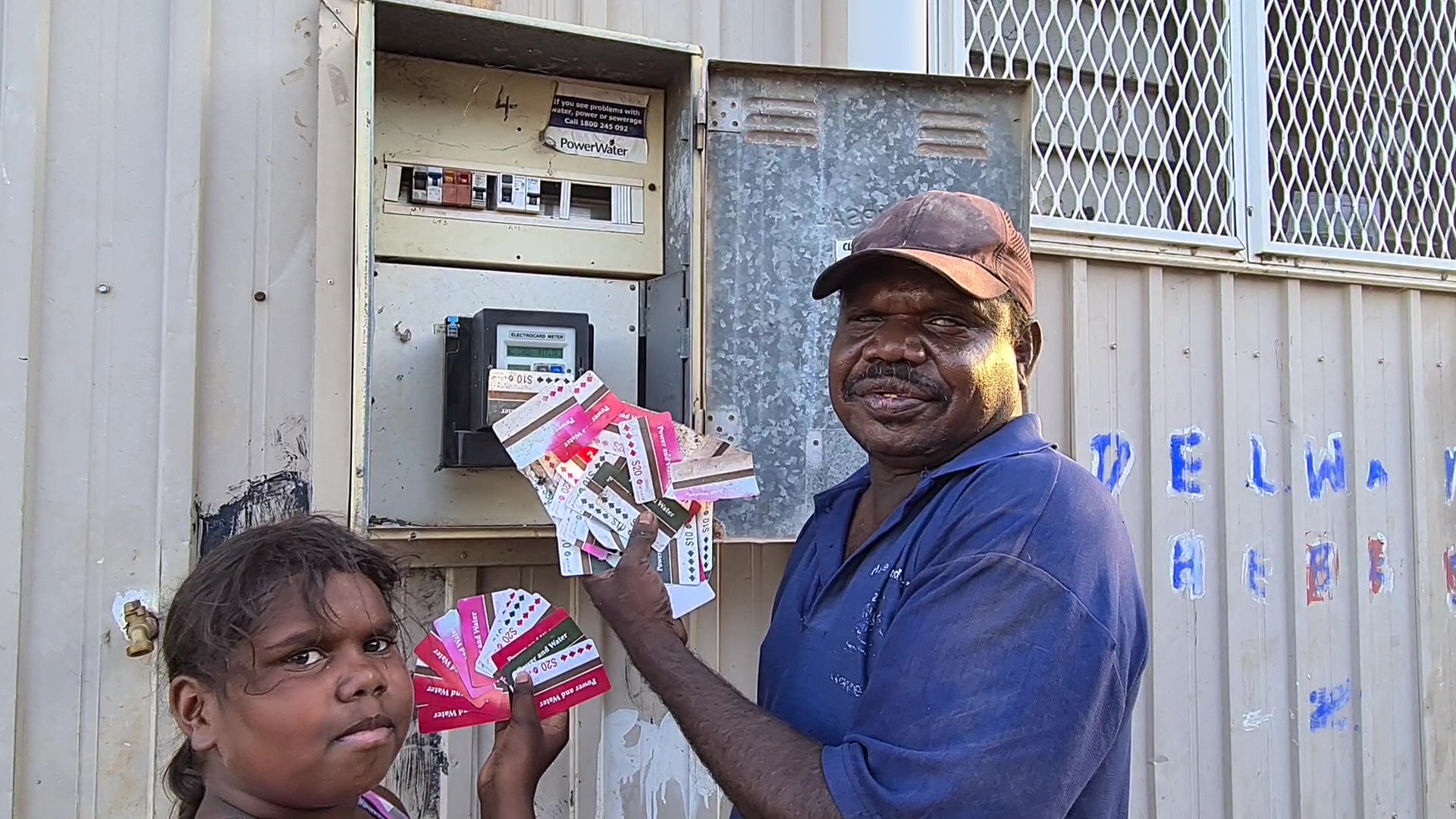 The corporation has already flagged that electricity sales will help fund a number of services, including an Aboriginal health practitioner and two mental health clinicians to provide culturally safe health services.

At the other end of the scale is the ambitious $22 billion Sun Cable project set to be built in the Northern Territory. It will be the largest solar farm in the world, providing energy to South East Asia. But the SBS recently reported little is known so far among traditional owners of the land where the project will be built about how it will benefit them.

It’s this type of disconnect that the First Nations Clean Energy Network is aiming to overcome. Indigenous-owned lands in Australia bask in some of the highest solar irradiation levels in the world, and advocates argue this deserves urgent recognition as corporations developing renewable energy projects line up to profit from these conditions.

“The policy framework doesn’t work for our mob. And so we want to re-write the rules and get best practice principles on the table and make agreements on our terms,” Nolan says.

Hoosan says his community is excited for what’s next for his community as the project in Borroloola gets off the ground, as are others in communities close by as word gets out.

“This will change a lot of communities I reckon,” he says. “Indigenous-owned solar projects are the best thing we’ve ever had in the Northern Territory.” 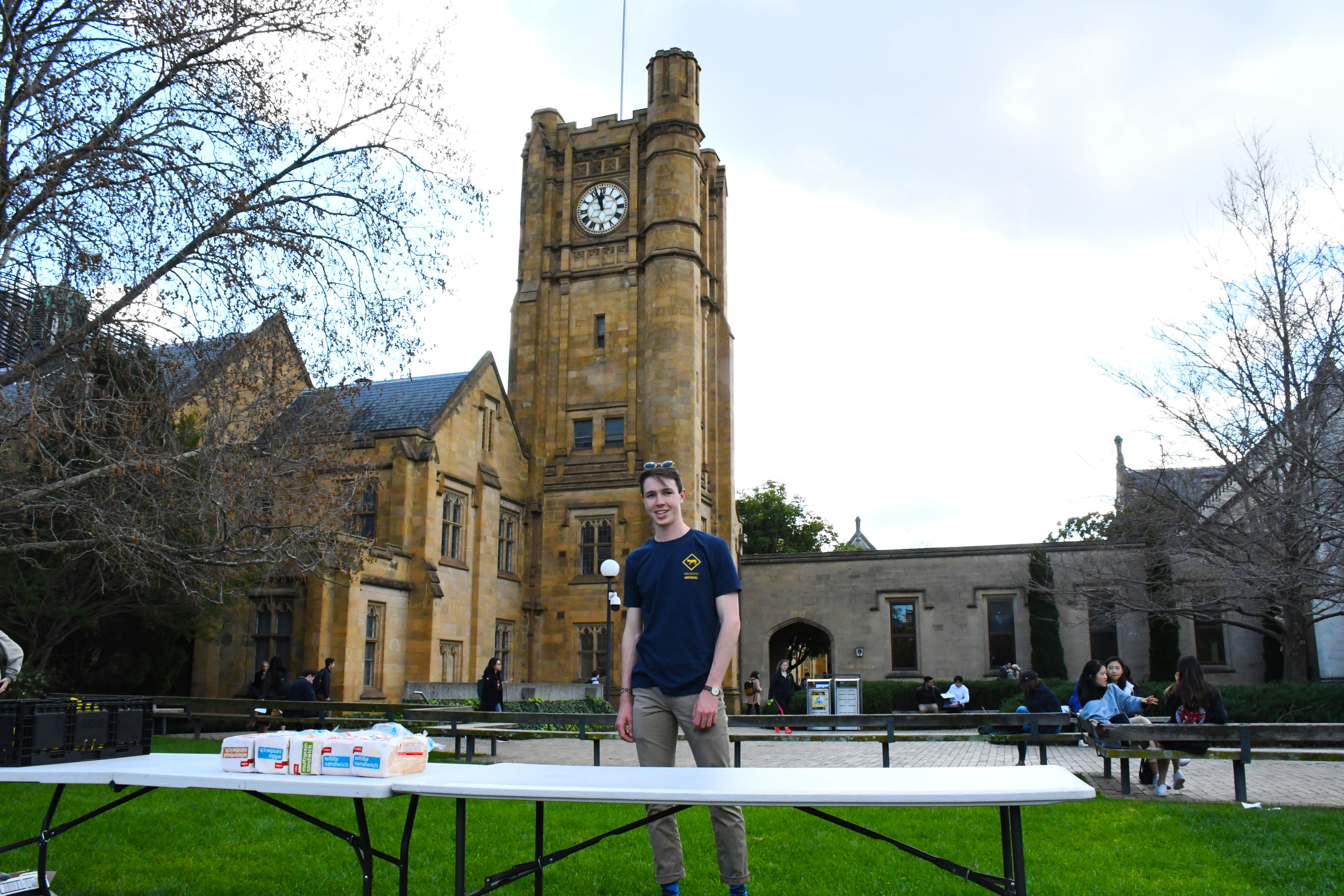 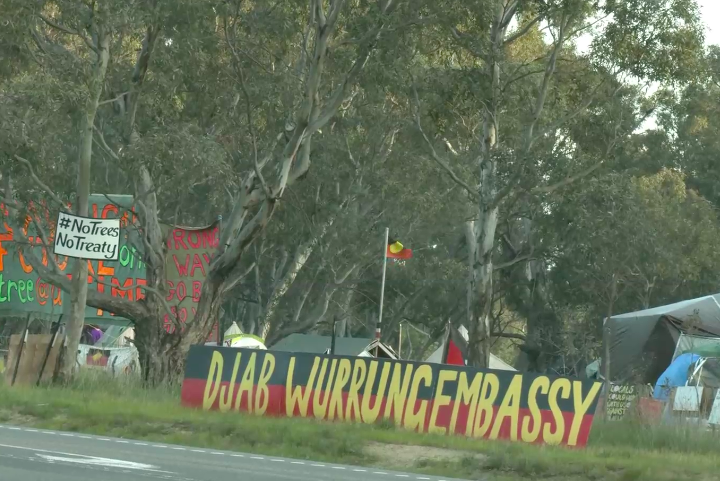 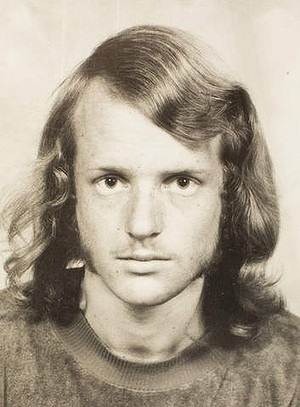 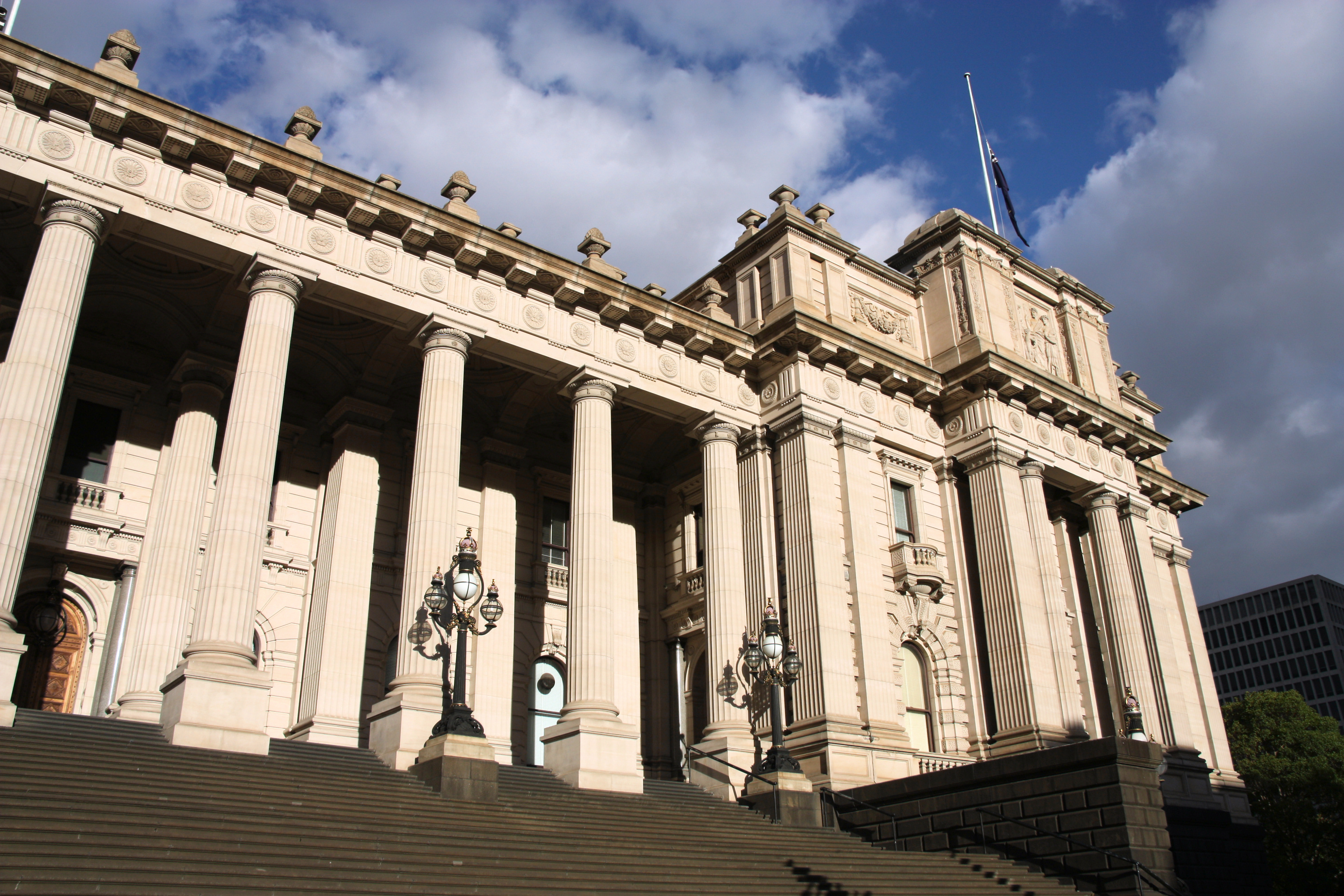