Some lives leave an enormous legacy. Surgeon and health pioneer Peter Ryan lived such a life through his work in the operating theatre and in wider health advocacy. Hunter J. Thompson continues our series Graveyard Shift, exploring stories buried in the Melbourne General Cemetery. 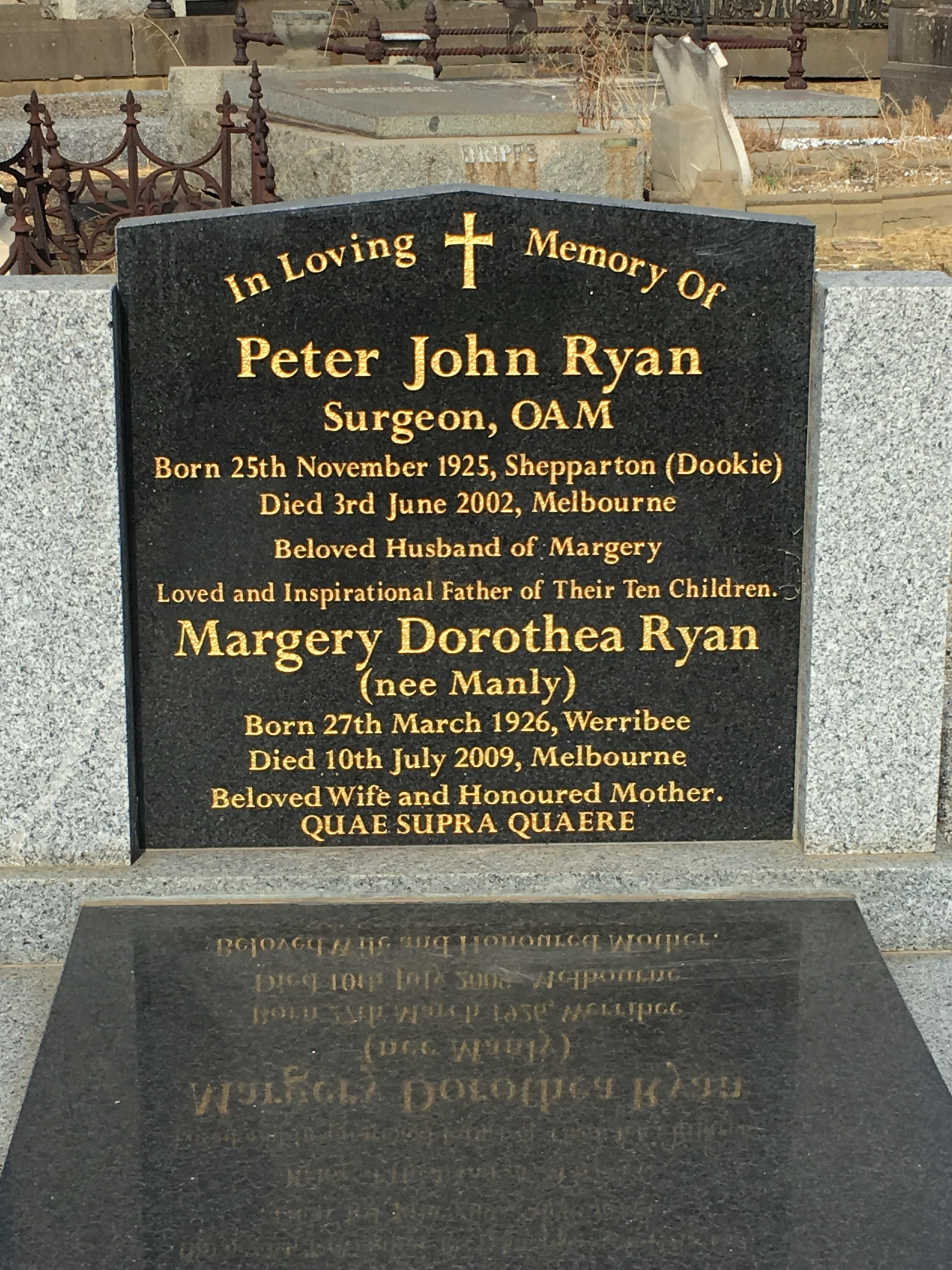 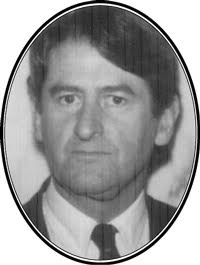 In 1970, Victoria became the first state in the world to pass a law to make seat belts compulsory in cars. Peter Ryan was an advocate for that change. The subsequent decline in Victorian road deaths was dramatic, from 30 per 100,000 recorded in 1970, down to now five.

However, he is best remembered for his work in medicine and surgery,  so much so that the St Vincent Hospital award for medical research is known as the Peter Ryan Prize.

Ryan was born in Dookie, a farming town north of Melbourne. He was the eldest of four boys and attended Assumption College, Kilmore, where he was dux. He qualified in medicine at The University of Melbourne in 1948. In 1950, he married Margery Manly. The couple raised 10 children, three of whom would become doctors.

He served as a major in the Royal Australian Army Medical Corps in Korea and Japan in 1953-54. In the latter half of 1954 he obtained a Fellowship of the Royal College of Surgeons in London and would remain in England for a further three years as a senior surgical administrator in Leicester.

Ryan worked at St Vincent’s Hospital in Melbourne from 1960 and was appointed head of his own unit in 1972. Having been trained as an expert in breast and thyroid surgery, he developed an interest for colorectal surgery. This would be his lasting legacy. He became a pioneer of the field in Australia, founding Melbourne’s first colorectal clinic in 1978. Two years later, he hosted the annual conference of the International Society of University Colon and Rectal Surgeons, of which he served as president in 1987-8.

Ryan believed that everybody should be entitled to the best medical care available. His keenness to bring Australian surgery to the world through engaging with international medical colleagues exemplified this. During the Vietnam War, he led the first St Vincent’s civilian surgical team to Long Xuyen, a city in the country’s south-west. His team spent four months across 1965-56 treating patients, training staff and improving facilities. He would learn years later that members of his team were in fact members of the Viet Cong army.

He would go on to lecture in Jakarta and Kuala Lumpur and became the first honorary fellow of the Indonesian Surgical Association. He would also pioneer an exchange program at St Vincent’s for Indonesian and Japanese surgeons. Once a month from 1981 almost until his death, he worked as an honorary consultant surgeon at the Victorian Aboriginal Health Service Centre where he set up a theatre for endoscopy procedures.

“He continued active research throughout his career, always trying to work out ways to do things better and provide a better service for his patients,” he said.

“He was a devoted teacher of medical students and surgical trainees, always finding time to help and to pass on his enthusiasm.”

His passion for teaching extended to print. He was the author of more than 50 articles based on his own surgical research while his tutorials were littered by his own cross-sectional illustrations. Known for having the ability to explain complicated topics, he published “A Very Small Textbook of Surgery” in 1988, which spawned several editions and was also translated into Mandarin and Indonesian.

Naturally left-handed, he was forced to write right-handed at school as was the custom at the time. This would be a blessing in disguise and would be especially beneficial in training to become a surgeon, as all surgical instruments are designed for right-handers. He was basically ambidextrous as a result and hardly required an assistant. “In practical terms, in surgery, he was very adept with both hands, which helped his skill,” said Jeremy. “However, he drew portraits in ballpoint left-handed, and played tennis left-handed. None of his 10 children are left handed – much to his disappointment!”

Due to his hectic work schedule and large family, Peter barely had time for other hobbies. However, he did find time to enjoy classical music, literature, and movies – particularly science fiction. “I like to think his love of sci-fi was partly a desire to see a better world in the future,” said Jeremy.

Much like James Bond, Ryan’s passion for saving lives was paralleled by his love for expensive British cars. From 1975, until his stroke 20 years later, he drove a dark red Aston Martin DB6 Mk2. “He loved that car,” said Jeremy.

Obituaries remember him as a brilliant and honourable man. He treated everyone with equal respect, “from the hospital cleaners and kitchen staff to nurses and colleagues”, Jeremy said. Unfailingly polite and charming, Jeremy followed his example.

“I learned first-hand the truth of the adage that people will seek to help you in your work and do their best with encouragement, rather than criticism.”

Ryan was awarded the Order of Australia Medal on Australia Day 2002 for his services to colorectal surgery and road trauma. Four months later, he died from cancer. He was 76 years old.

His grave at the Melbourne General Cemetery is, like his life’s work, a substantial and enduring monument. His wife Margery is buried with him. The plot of the grave says: LUX AETERNA LUCEAT EIS – meaning – “Let perpetual light shine on them”. 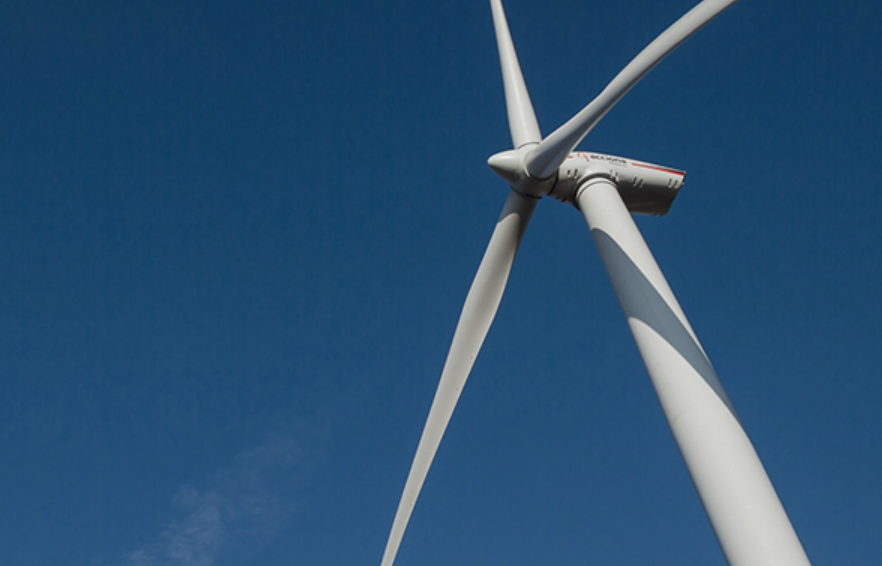