Going Under: It is not a sight farmers expect to see – their paddocks under seawater. But scientific modelling shows the Victorian coast is vulnerable in coming decades. Rosalee Kiely kicks off our special series on the impacts, today and tomorrow, of rising seas on the Victorian coast, and how communities are responding to them. 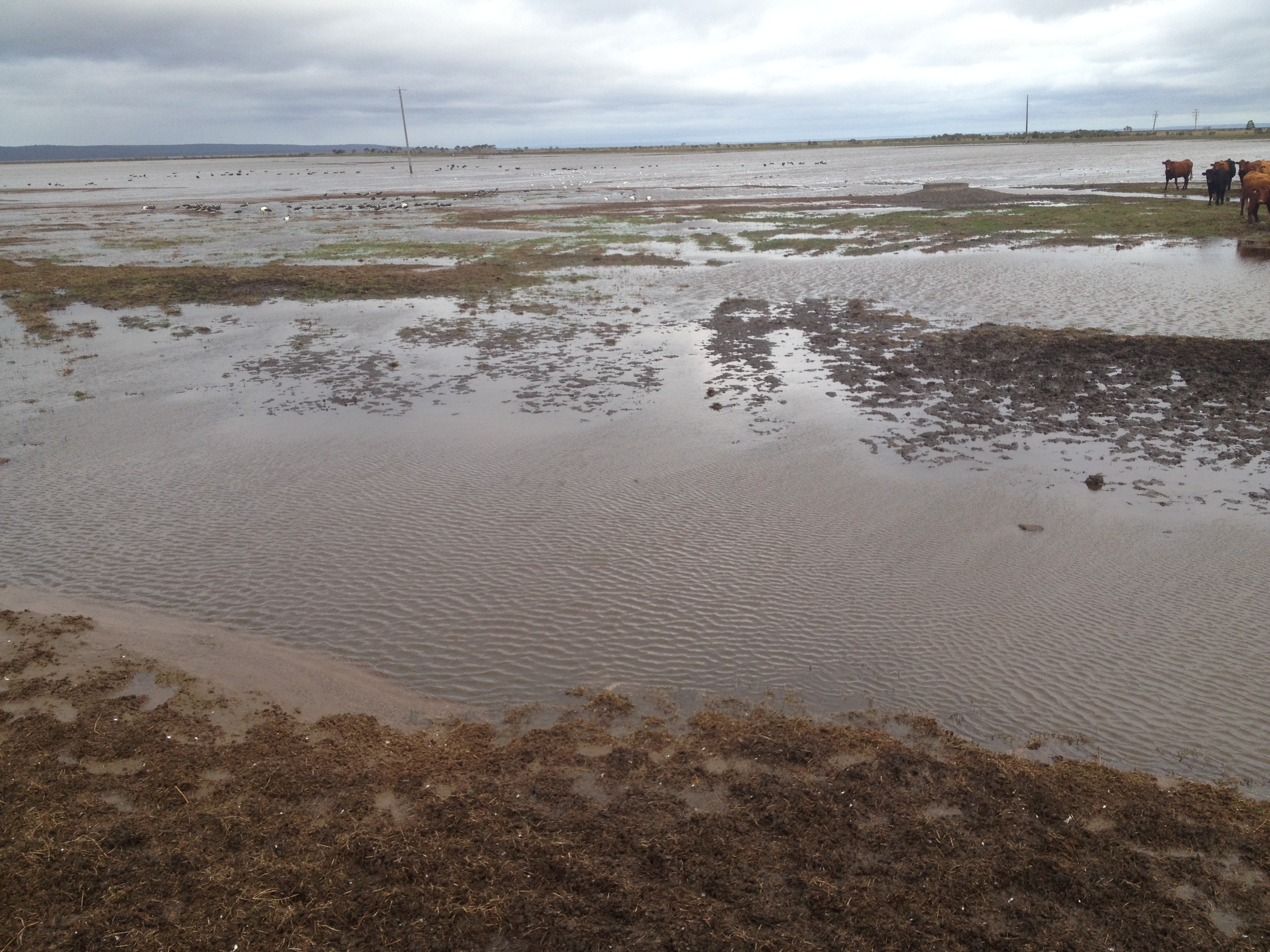 When Peter Rogers and Cheryl Bass arrived at their Lang Lang farm, on the eastern shore of Western Port, one weekend in late autumn 2016, they were surprised to find that their lower paddock was underwater.

The flood, though shallow, spread across their neighbour’s property and to the sea, about two kilometres distant. Flocks of sea birds had descended, gorging on dead insects, and cattle milled around on patches of higher ground. Peter tasted the water: it was salty.

The couple had never seen anything like that inundation, then or since, in their almost 29 years on the property. A king tide had dumped seawater through gaps eroded in the earth levees on the nearby coast, and up the adjacent Lang Lang River, spreading salty water and turning into a “mud flat” about 40 hectares of some of Victoria’s prime agricultural land. Two years on, the pasture is still recovering.

It could be a glimpse of the future. Scientific modelling predicts that by 2100, sea levels will rise by up to one metre due to climate change if greenhouse gas emissions continue at their present rate. As the sea level rises, the likelihood of more instances of coastal inundation increases. In 2016 and just a few weeks after seawater flooded Peter and Cheryl’s farm, houses on Sydney’s northern beaches were  rendered uninhabitable when a king tide eroded the beach before them by 50 metres in one weekend. 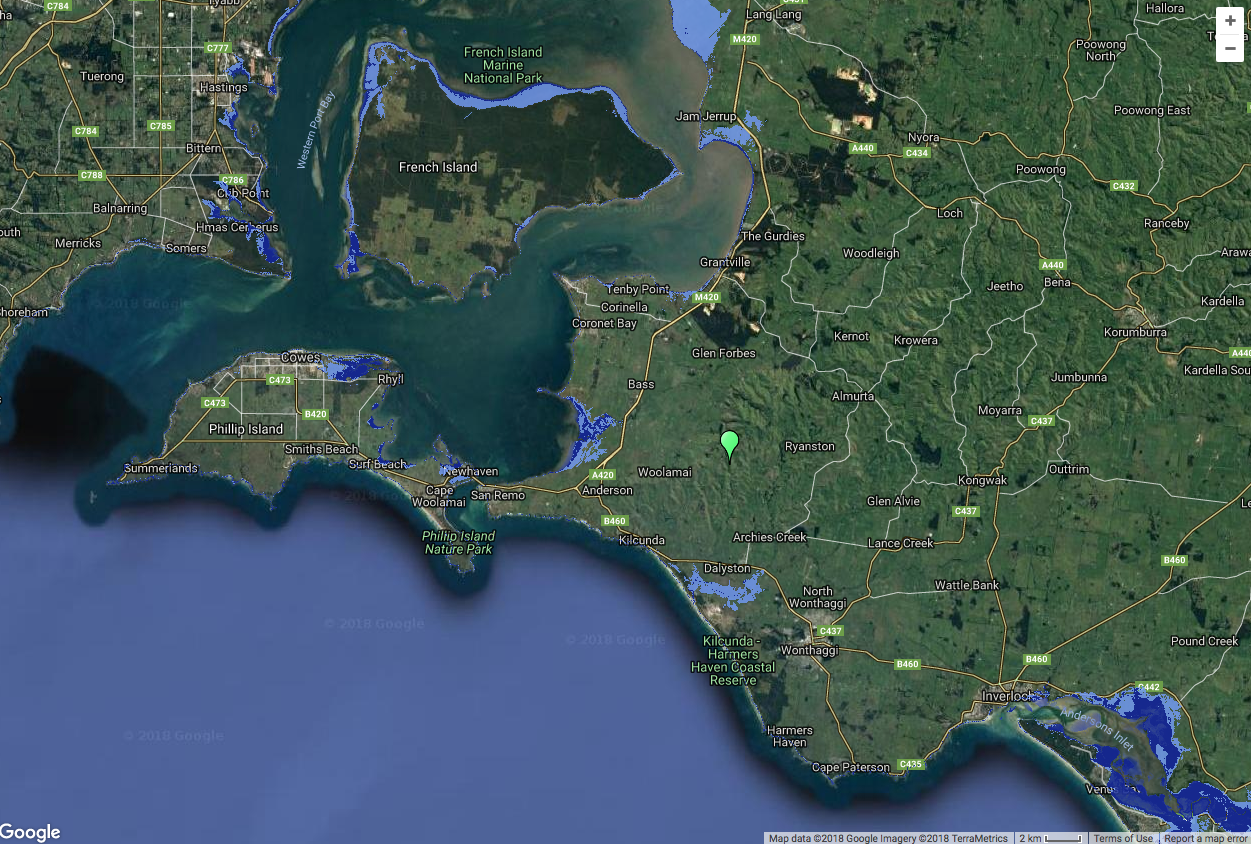 This map prepared by Coastal Risk Australia models high tides in 2100 on the Bass Coast, with Lang Lang top centre. It presumes a high emissions scenario, which is close to the present course. Dark blue shows present day highest tides; light blue models highest tides in 2100. This tool can be accessed for any site on the Australian coast at this site: http://coastalrisk.com.au/viewer

Lang Lang is a little over one hour’s drive from Melbourne, beyond Tooradin on the South Gippsland Highway towards Phillip Island. Local farmers produce dairy, beef cattle, and vegetables. Peter and Cheryl’s cattle farm of 120 breeders is on old swamp land, and is therefore particularly vulnerable. The Koo Wee Rup Swamp was first dug with drainage channels in the 1860s so that the fertile land could be used for farming. Earth levee banks were first formed in 1912 along the Lang Lang coast to prevent inundation during storms and high spring tides, which are the highest tides that occur during new and full moon.

Despite its proximity to the highway, the Lang Lang coastline is relatively isolated; there are few public roads and land access is via privately owned farmland.

Prone to “long fetch” — wind blowing across a stretch of open water, increasing wave size — the low clay cliffs at Lang Lang are eroding at a rate of one metre a year. Modelling by the National Climate Change Adaptation Research Facility shows that sea level here is likely to rise between 0.38 metres and 0.81 metres by 2090 under a very high emission scenario, which present emissions are close to tracking.

Similar scenarios are forecast further along the coastline, give or take a few centimetres depending on local conditions. The challenges of dealing with sea level rise are closing in on communities. Experts are concerned that we are not nearly ready enough to deal with a coast that is going under.

Dr Kathy McInnes, a senior researcher and coastal climate change expert at CSIRO, says that as sea levels have risen 0.2 metres over the 20th century and continue to rise, it is “absolutely the case” that by adding that little bit extra in sea level, the sea is able to go that little bit further inland over low-lying coastal areas.

As sea levels rise, Dr McInnes says, the first effect will be “episodic” inundation events, such as that on Peter and Cheryl’s property in 2016, which saw a spring tide coupled with a storm surge to create what is technically known as a “stormtide”. But as sea level rise continues, it will be more and more the case that the same amount of inundation occurs on a regular spring tide, and then during “any old high tide”. If the sea level rise is large enough, inundation will be permanent. (Readers can find detailed information on the predicted sea level change, including inundation areas under different scenarios for all Victorian municipalities on the CoastAdapt site here.)

Such is the trajectory of increased inundation that environmental non-government organisation Green Cross has set up the Witness King Tides project, a “fun community photography project” with an eye towards imagining what sea level rise might look like in the coming decades. Already, images have been snapped of patrons sitting on outdoor tables at a beach cafe, water over the verandah, and coastal ramps and benches under water.

When Peter and Cheryl saw the king tide on their farm, they took their cattle off the flooded paddock. Salt kills pasture, and the damage was done. 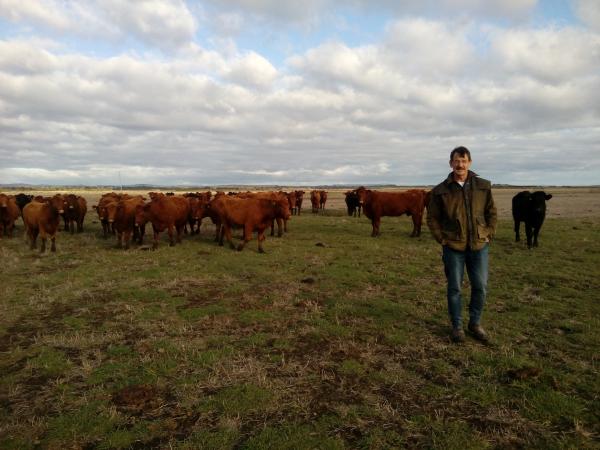 Lang Lang farmer Peter Rogers says he’s tried hard to find out who is responsible for repairing levee banks to protect the farmland. “Nobody will touch it.” Picture: Rosalee Kiely

But armed with the knowledge of where the sea can, and likely will, push onto their land again, what they can do about it is less clear, and illustrates the dilemma facing those directly affected by a rising sea. How inundation plays out for private land owners, Dr McInnes says, is “it’s generally their [the land owner’s] problem”.

Peter and Cheryl haven’t had their farm valued since they bought it, so they aren’t sure if the value has been eroded or not by rising tides. But in terms of cattle grazing, damaged pasture reduces the carrying capacity, and therefore the value of their farm.

Flood waters are a familiar sight to the couple. There is “no question”, they accept, that the nature of farming on a swamp is that it floods. And they pay a levy to Melbourne Water to manage flooding from the catchment.

But the impact of seawater inundation is a somewhat different kettle of fish, and complicated by the private land ownership and the unresolved question of who or what entity is responsible for repairing the eroding levee banks, through which, in part, seawater inundated their property.

A representative from the Department of Environment, Land, Water and Planning (DELWP) visited the site in 2015 and told Cheryl, in an email seen by The Citizen, that “coastal erosion issues are never straightforward and are usually not easy to fix up”. The erosion areas “appear to be over a mix of private and public land”, the email reads.

The couple say they have tried hard to find out who is responsible for repairing the levee banks, but that the government agencies they have approached “play handball” with the issue. “Nobody will touch it,” says Peter.

A departmental spokesperson told The Citizen that the levee banks were not being formally managed and would be allowed to “weather away” unless those benefiting decided to repair and maintain them.

But getting a permit for repair work has not been straightforward, the couple say, given the multiple environmental overlays in the area, and its location on the boundary of two shires.

Greg Hunt, recently retired executive of the South East Councils Climate Change Alliance, says that in Peter and Cheryl’s situation what is needed is for an overarching agency to bring people together and say “we all have a stake in a solution”. To date, that hasn’t happened.

The issue of responsibility for dealing with climate change on the coastline should get clearer with the new Marine and Coastal Act, which came into effect on August 1.

The new act gives the minister power to assign responsibility to relevant authorities, but to be effective, Mr Hunt says, it will require a “vigilant community” to “raise sufficient ruckus” and ensure community interests are not overlooked.

Dr Anthony Boxshall, chair of the Victorian Coastal Council, says that the act requires decision makers to take climate change into account when considering planning decisions about use and enjoyment of the coast: a framework that was previously lacking.

The new act will also precipitate the development of a new marine and coastal strategy — and part of that strategy will determine exactly what happens to private land and assets that are inundated by seawater. Dr Boxshall predicts the broader conversation on this topic to heat up within the next few years.

When it comes to climate change, Dr Boxshall says, we are experiencing a “very slow train wreck,” of a generational timescale, which is “hard to see” when there are so many short-term problems.

But on Peter and Cheryl’s seaward paddock, it is possible to see where the sea pushed onto their land, because two years on the grass is still brown. Here and there patches of green are coming back, some grass, and towards the far end a salt-tolerant plant that the cattle love. Conservationists would like to see the area return to salt marsh, Peter says, but this is highly productive land that provides food for Melbourne.

There are no easy answers. 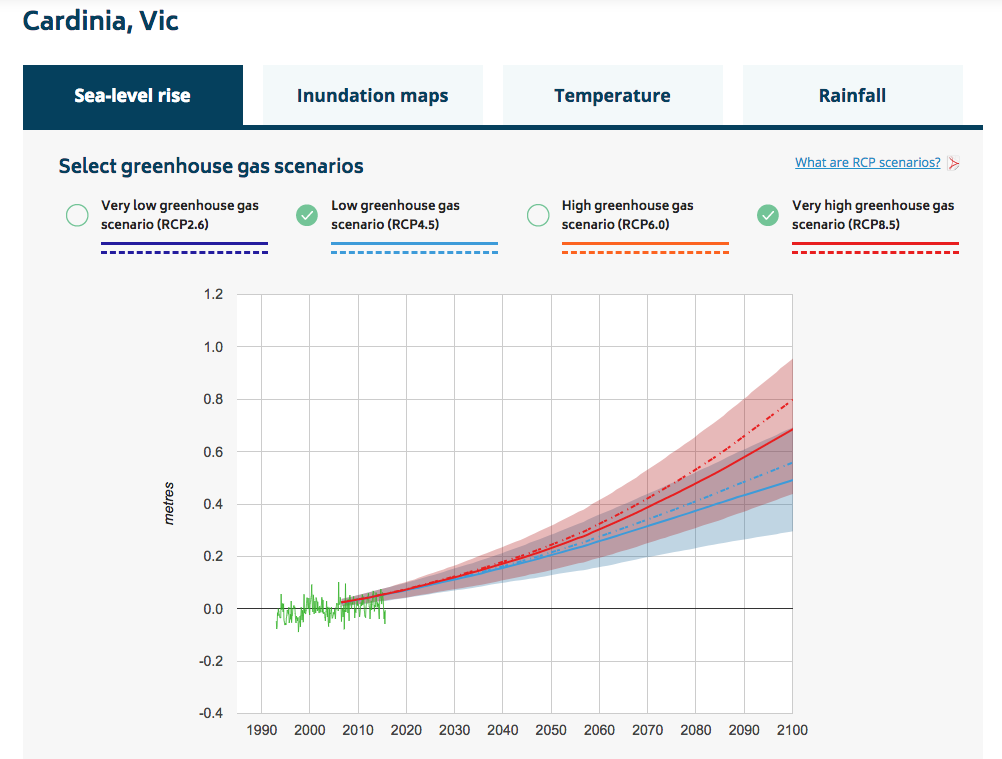 For more resources, modelling, and explanations of the science of sea level rise, the following resources are useful: 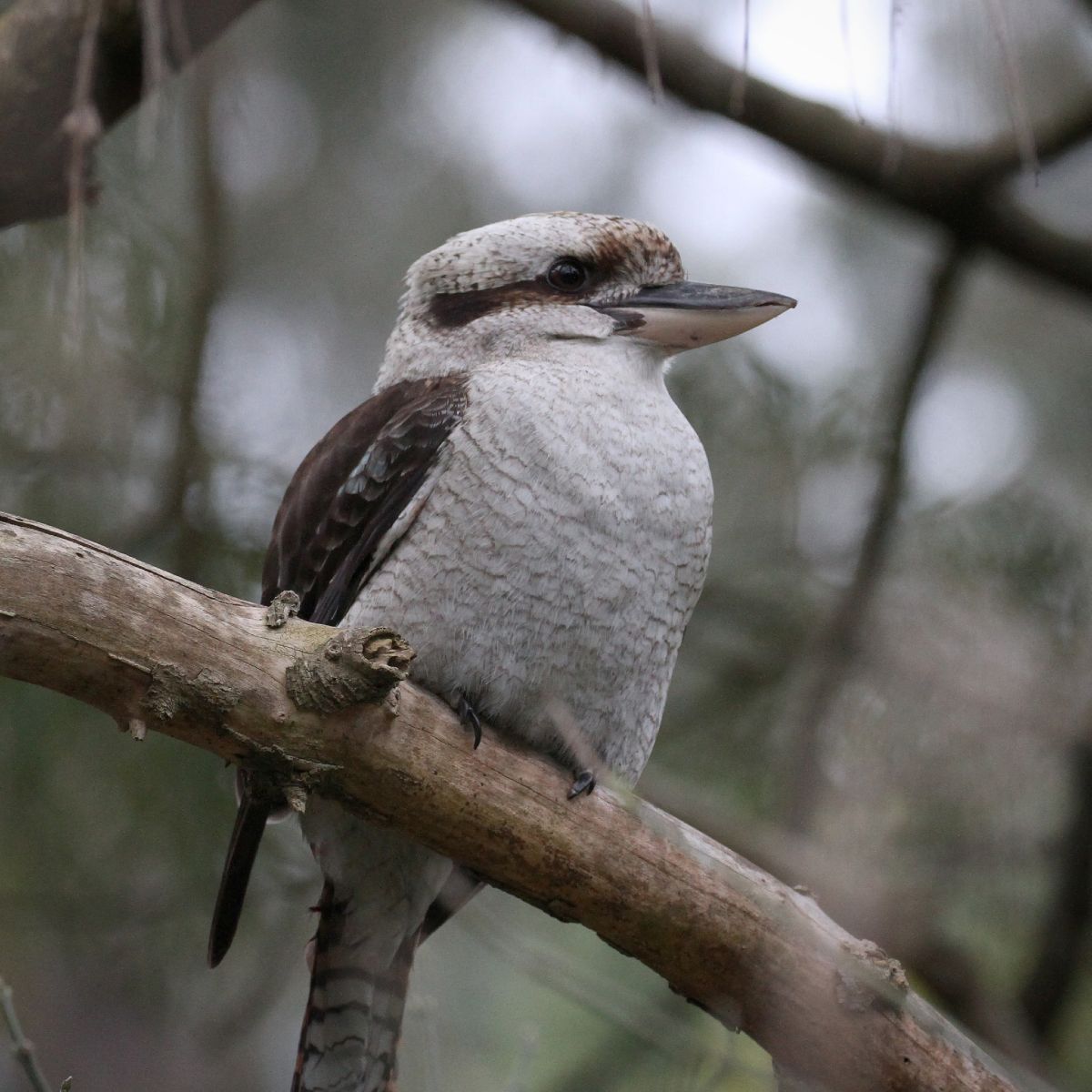 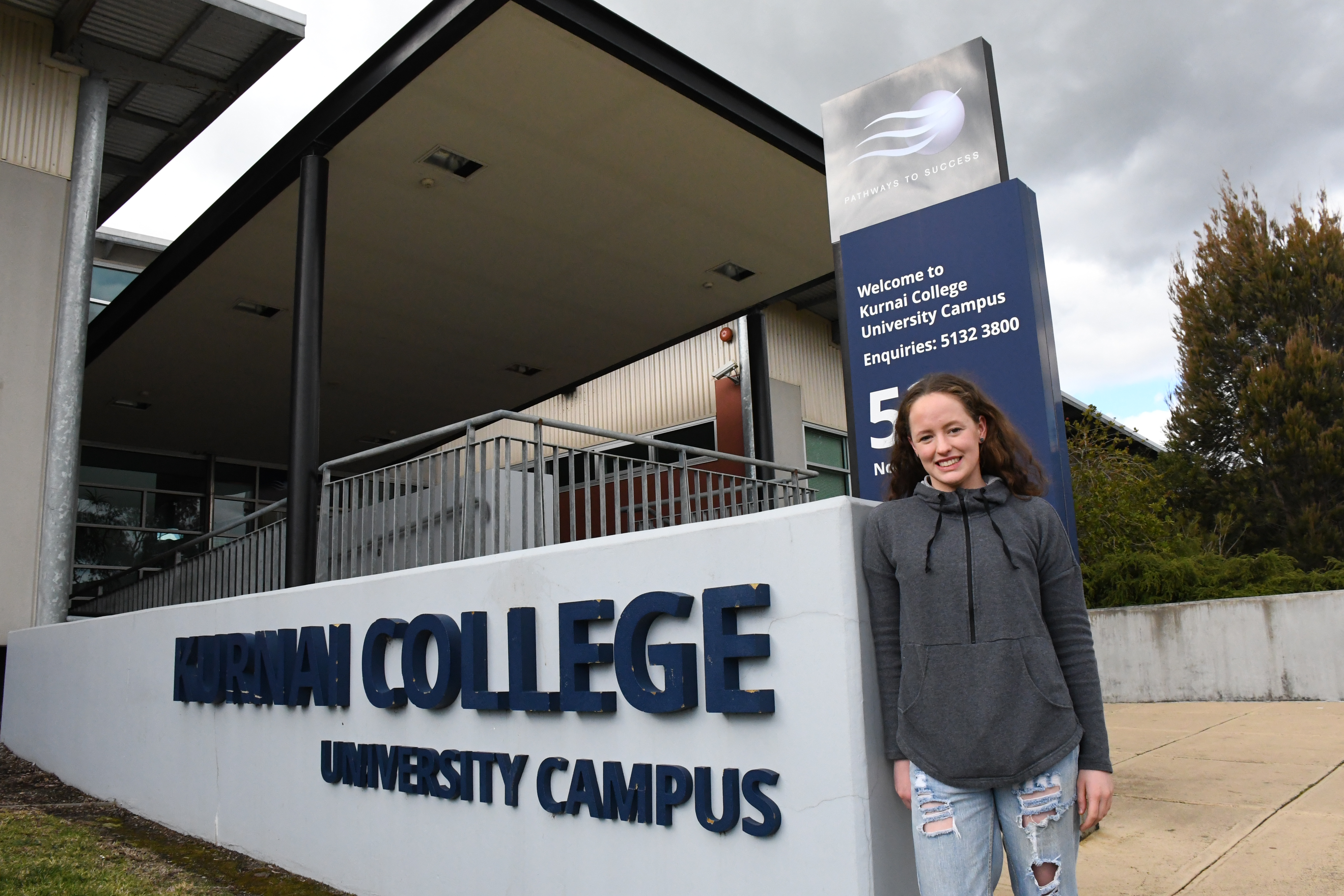 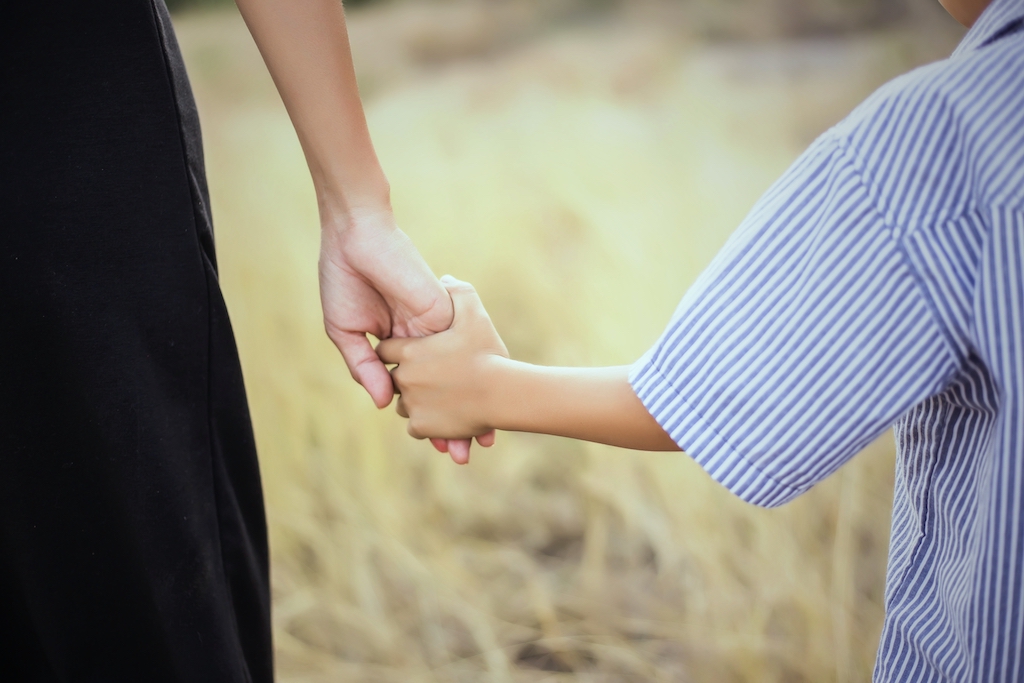 Ingenuity and a tradition of strong women keeps one mum afloat